Over the past 30 years, producer, mixer and engineer Dave Eringa has worked with some of the biggest names in the recording industry. He has mixed for everyone from Manic Street Preachers to Kylie Minogue and Ocean Colour Scene to Roger Daltrey, and for the majority of this time he has used his own stereo pair of monitors, both in his own Electric Daveyland studio, as well as on the road. After two decades of service, he decided it was time to make a change, investing in a pair of Genelec 8351B coaxial Smart Active Monitors, from ‘The Ones’ series.

“Originally I got myself a pair of studio monitors, and I had them for 20 years – they were just my speakers,” he explains. “They then got seriously tired and technology had moved on quite a lot. I was doing an album with Roger Daltrey in Metropolis Studios, with mixes done by Michael Brauer, and they had just got the new Genelecs in. When we got the mix ready and played it on them and turned it up, I said, ‘Oh my goodness, these sound amazing!’ and that’s what started my ‘I’m going to need to do this’ kind of thinking!”

Having used another brand for such a long period, Eringa hadn’t planned on switching to Genelec until he heard the 8351s in action.

“I thought I knew what to expect but then when I heard them, I thought ‘this is a whole different game – this is brilliant!’, he says. “I could hear everything so pinpoint and clear, and the bottom end was just so solid. I was definitely ‘in’ from the first listen.”

The decision was made easier after his first experience with the monitors at London’s legendary Metropolis Studios.

“Going into Metropolis, they really sounded the way I expected them to, but I could also hear into the mix so much better,” he elaborates. “I felt like I understood them straight away and equally, I could just hear a lot more, the bottom end was clearly a lot better. It was what I was expecting to hear, but more.”

While hearing them in Metropolis made for a positive first experience, bringing them into his own Electric Daveyland studio would be a different matter.

“I’m lucky enough to be friends with Andy Bensley from Genelec, and he came here and set them up properly for me with the GLM calibration software,” Eringa says. “He was like ‘let’s see what your old monitors are doing,’ and you could tell he was definitely surprised by how flat they were. I think he thought ‘we’ve got a bit of a challenge here’, but he just blew them out of the water, obviously. 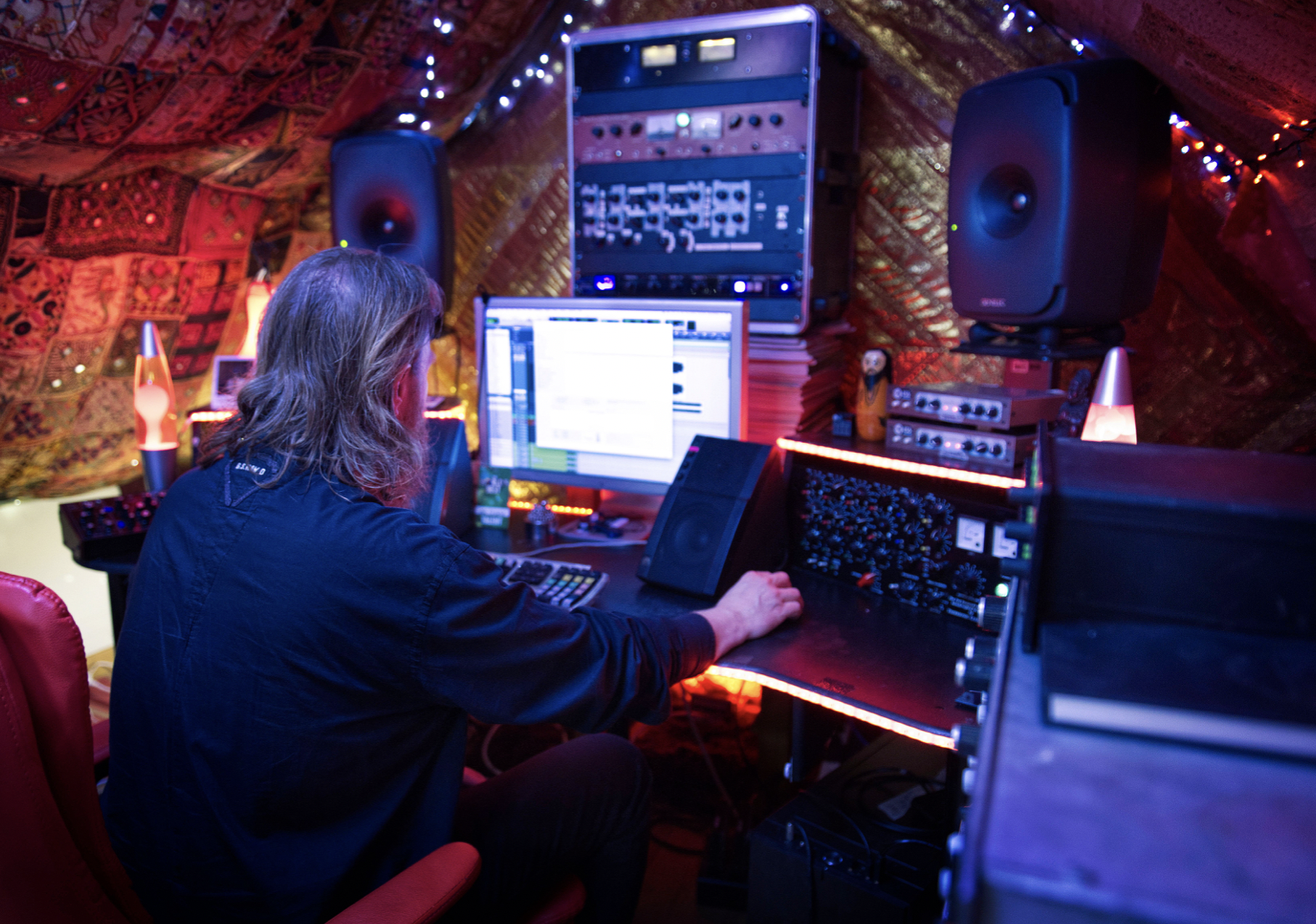 I was definitely ‘in’ from the first listen. Dave Eringa

“Andy seems to think that in this room, these speakers without a sub are flat down to 30 Hz which is pretty wide, and I haven’t got enough good things to say about them,” he continues. “I haven’t moved anything by a millimetre. I first had to move a few things around the room that were creating reflections and such, so I’ve just left everything else as it is, because it sounded so good in the first place.”

Perhaps unsurprisingly, having come to rely on the same studio monitors for 20 years, the transition to an entirely new setup initially posed a challenge.

“It was a learning curve for sure,” he smiles. “Having worked on one set of speakers continuously for 20 years, I definitely underestimated how easy it would be to change. But I was in the middle of mixing an album at the time, and once I’d got my head around them a week or so later, I started mixing 50% faster! It was amazing – a real game-changer for me.

“I was definitely committed anyway, but it’s like a snooker player changing his cue, it doesn’t happen overnight,” he continues. “But then when it clicked, I ended up taking mixes into the house, into the car, and things were just sounding the same – and you can’t put a price on that. They’re great, I really love them.”

As much as Eringa enjoys the sound of the 8351s, the most important element has been the way it has helped him work.

“The main thing for me is that they’ve made my job exponentially easier,” he reflects. “I feel like I’m doing better mixes.”

You can watch Headliner’s interview with Eringa on producing the upcoming Manic Street Preachers album The Ultra Vivid Lament below.