Brandon Blackwell on Touring with Lizzo and JH Audio

Sound engineer and production manager Brandon Blackwell – who has toured with the likes of Lizzo, A$AP Rocky, Camila Cabello and more – reveals how he got his first big break in live sound, his approach when it comes to mixing vocals, and why he doesn’t leave the house without his JH Audio Jolenes.

Over the last few months, Blackwell has been tremendously busy freelancing for audio giants Clair Global and Eighth Day Sound, yet this didn’t stop Headliner prising him away from his mixing desk for a chat over Zoom recently…

“It’s a blessing to be honest,” Blackwell says of his recent activity. “I toured relentlessly for seven years, and then considered whether I wanted to go back out on the road ever again.

"But just one gig made me realise I couldn’t let it go. The pandemic made me re-fall in love with my career, and has probably made me take it more seriously.”

Since completing his studies at Full Sail University in Florida, Blackwell has grabbed every opportunity by the horns; some of his early gigs saw him working on shows for the likes of Ne-Yo and TLC.

And when it comes to mixing – at front of house for example – the main core of his mix is based off of the original record, “because that’s what fans know,” he shares. “My approach to mixing is that the record is the cake. The live elements are the icing, and then I just slot the vocals in there somewhere as decoration – not too loud, not too crazy. 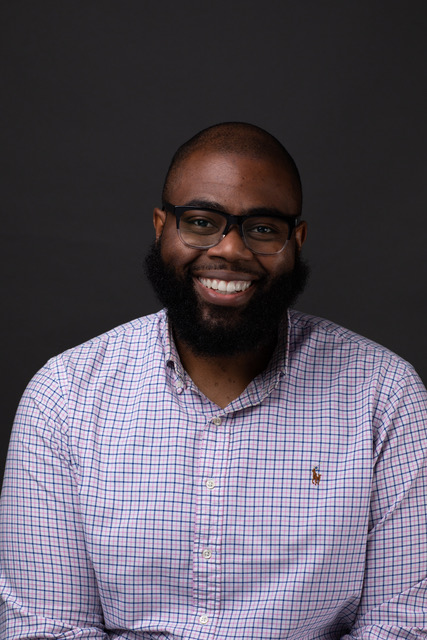 I love working with new artists because they’re just so hungry.

“With Lizzo - I approach her show like it’s a party and she’s just the emcee. Honestly, she’s one of my number one favourite vocalists that I get to mix for. That microphone is always there in her face and you can hear her singing every single word, night after night.”

Naturally, Blackwell needs audio gear that he can rely on while touring with top acts. As the conversation turns to technology, he quickly reveals that his recently acquired JH Audio Jolenes are his new favourite pair of in-ear monitors:

“I just feel like the Jolenes are the Roxannes, but with even more depth,” he says. “You get left-right, but you also get this forward and back, so when I’m mixing monitors, I can use reverb and other tricks to really place things in specific spaces, and my Jolenes have been great for that.

“And I don’t get ear fatigue at all; I can leave them in for hours and they always feel comfortable. It just feels like I’ve got a PA in my ears, and that’s how I go about mixing.”

Blackwell can barely contain his excitement at the prospect of going back out on tour with some new talent, along with some big artists who he is doing “try-outs” for very soon.

“I also take care of 24kGoldn who’s a new artist, and who I think is going to be massive in the next five years. It’s nice to watch him grow and we start rehearsals next week! I love working with new artists because they’re just so hungry; you kind of get to shape and mould them into who they’re going to be for the future.”