Brisbane Broncos Get A Boost From Brompton

Commonly referred to as the Broncos, the Australian professional rugby league football club is based in the city of Brisbane, QLD, and the season launch event is a mainstay of the team’s foundation for the year, giving the club an opportunity to announce new players in addition to the coach speaking to the media and fans.

“The Brisbane Broncos launch event reinforces the club’s ethos and the team’s plans for the new season, so it’s an important date in everybody’s calendar,” said Zachary Burton, director at IKONIX.

“Our team has been working with the club for a number of years, supporting productions of different scales of highly polished events. This year was no exception.”
The event was held at Brisbane's music venue, The Tivoli Theatre, nicknamed The Tiv.

“With its stunning art deco features and the old-world charm, The Tiv offered the perfect spot for an intimate event for 350 people, which wouldn’t be possible in a larger venue due to Covid rules constantly changing,” explained Burton.

The situation in Australia was still very much restricted at the time of the Broncos season launch event, with many events being delivered virtually. For the IKONIX team, this was the perfect opportunity to build trust with the audience and work with a new social-distancing system.

As part of the stage design, the team opted for a ‘forest’ of LED strips allowing them to build sections individually and safely.

Having already used Brompton’s Tessera LED processors on many live shows and events, there was no question of using any other LED processing solution but Brompton. 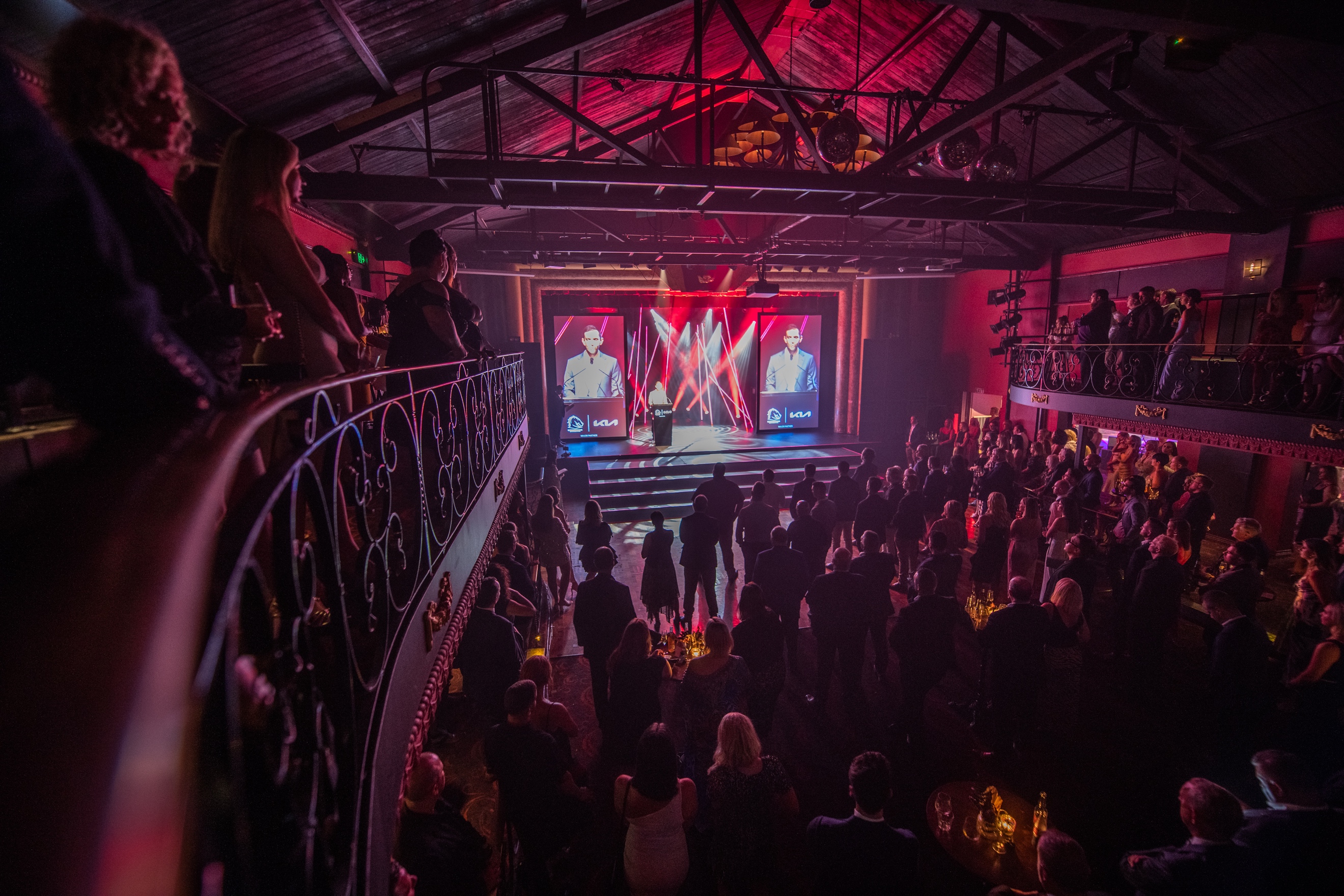 “We have found Tessera processors amazing for getting quick results with LED strips, with the 360-degree rotation and mapping tools making it easy to build the set. Additionally, the colour correction that Tessera software offers enabled us to carefully balance and match all the colours,” continued Burton.

The video content shown at the event was produced in-house by IKONIX, which, coupled with the physical installation of the LED Strips, created depth and tunnel-like effect for the players entering the stage from its rear centre side.

“Our team really enjoyed this experience. Being able to work closely with our long-term client at such a great venue, and to execute a solution that looked good and met the public health and safety requirements was just fantastic. We’re still buzzing with excitement!” said Burdon.

“We cannot wait until live shows return to be the norm once again. With the event’s timeframe being very tight, we wouldn’t have been able to turn it around without Tessera’s powerful feature set. It is a trusted piece of software for IKONIX that we know we can rely on every time,” he concluded.