Colin Stetson on scoring The Menu: “What makes this score unique is how rhythmic it is”

With saxophone in hand, Colin Stetson is a one-man orchestra. By looping parts, plus the fact he seemingly doesn’t breathe while playing (thanks to a fairly ancient technique called circular breathing), his symphonic-level of sound has seen him collaborate with Bon Iver, Arcade Fire, and on his eight greatly-loved solo albums. He’s also become a prolific film composer in recent years, and this Michigan-born composer and multi-instrumentalist chats to Headliner about working on The Menu, (which has just landed on HBO Max and Disney+) – a brilliant foodie-themed black comedy which stars Anya Taylor-Joy, Nicholas Hoult and Ralph Fiennes.

Now mostly based in Montreal, Canada (where he lives with his partner, Arcade Fire’s violinist Sarah Neufeld), and now aged 47, Stetson’s journey to possibly being the most in-demand saxophonist-composer in the world began with music lessons at school, leading to more serious studies at the University of Michigan, and very quickly becoming an active performer and collaborator with Transmission Trio (which he co-founded while at university in the late nineties).

Only a few years later, Stetson found himself recording and playing live with legendary American musician Tom Waits. This gave him larger exposure, including performing with Waits on The Late Show with David Letterman, and it wasn’t long before he was also hired by Laurie Anderson, Arcade Fire and Bon Iver. 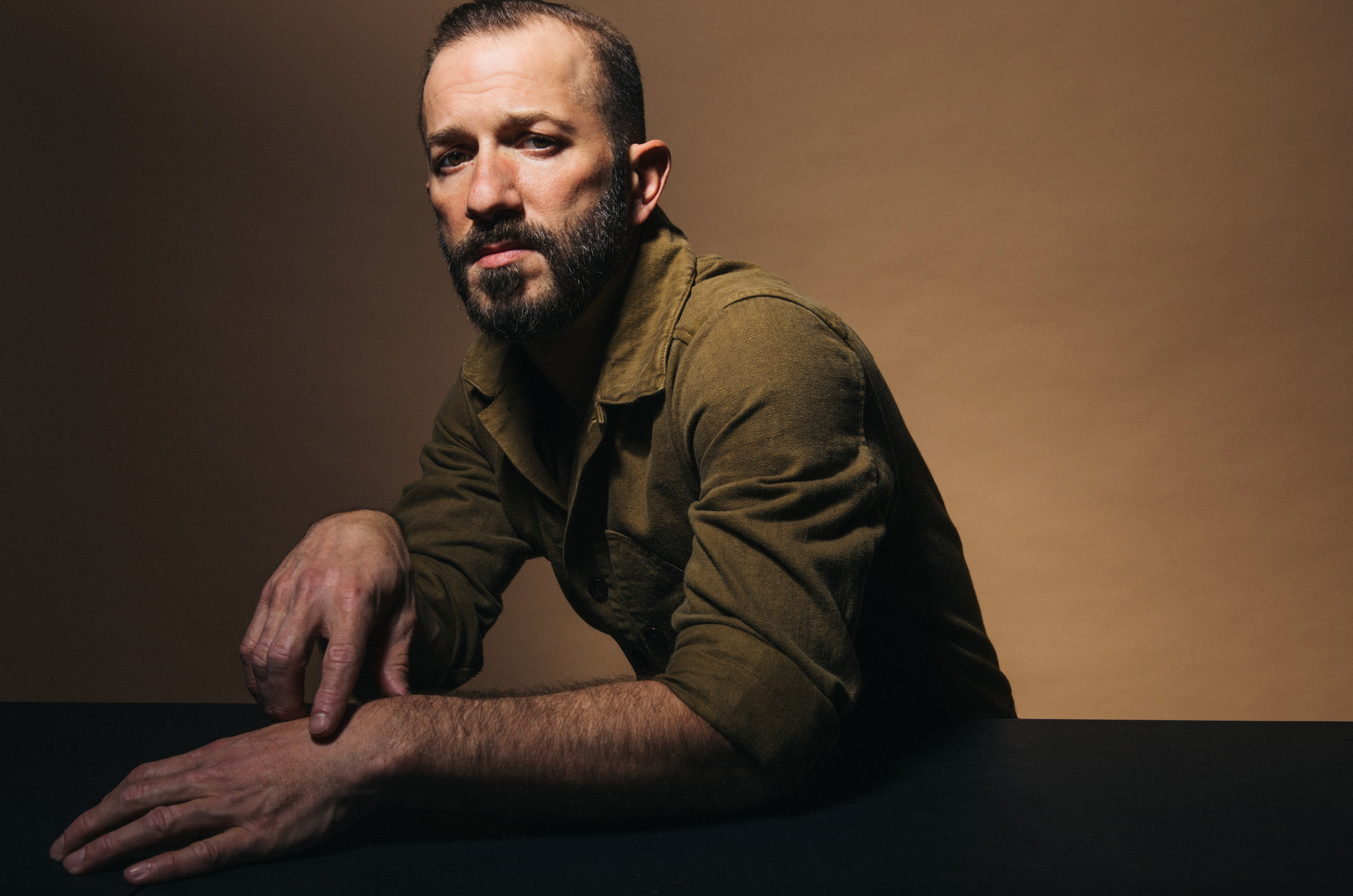 The score wrote itself based on the pages in the script.

Stetson believes a huge artistic turning point, without which the aforementioned alternative acts may not have paid him any mind, was when he started approaching the saxophone in a more experimental way and began to employ the techniques that have since become his signature: circular breathing (in which the player breathes in through their nostrils while pushing air into the instrument via their mouth), growling into his instrument, playing multiphonics and more.

He also became best known as a bass saxophone player, setting him apart even further.

“I was studying classical and jazz,” Stetson says, “but I was playing a lot of funk, soul, R&B, and more abstraction doing free improvisation and listening a lot to more adventurous players on the instrument and emulating those things.

"It came to a head when I first started to use the techniques of circular breathing, and I took that technique and started to combine it with things like extended multiphonic playing, singing and vocalising through the instrument and these cyclic arpeggiated systems on the horn. Some of those original concepts ended up being codified finally, on my first proper solo record, which was New History Warfare, Vol. 1 in 2007.” 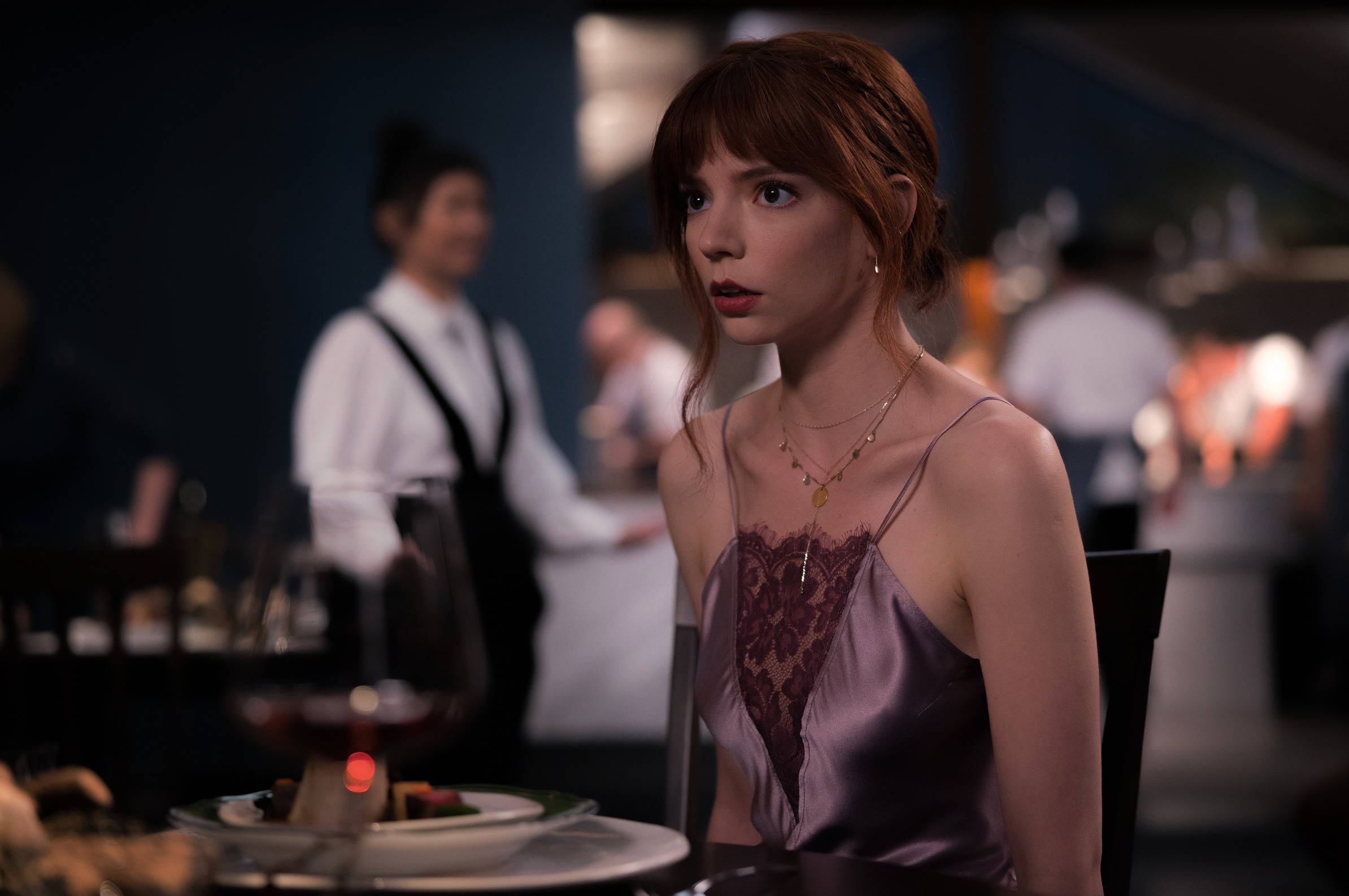 One way to break into film scoring is to move to a city like Los Angeles and find a film composer who will have you making coffee, doing dry cleaning and replying to emails until they eventually let you help score a scene in a film.

Another way is to make your name as an artist first, releasing enough solo material until directors start coming to you as fans of the music you’ve put out.

It’s by no means a straightforward path to go down, but it’s one exemplified by Stetson, who has eight albums released under his own name, including three volumes of the New History Warfare series.

And it’s certainly paid off in his case, as he has now worked on 13 films, including Netflix’s Texas Chainsaw Massacre remake, and the psychological horror film Hereditary.

I could immediately feel the structure and rhythm of the film and I knew what I wanted to do.

Stetson has described working on The Menu as “pure pleasure”, and it’s not hard to imagine why with its stellar cast of Ralph Fiennes, Anya Taylor-Joy and Nicolas Hoult at the forefront. The latter couple travel to an extremely exclusive island restaurant to try head chef Fiennes’ lavish offerings, but things quickly begin to take a dark turn for the attendees.

“I adored working with Mark [Mylod, the film’s director, also known for directing Ali G Indahouse and episodes of Succession and Game of Thrones],” Stetson says.

“And I don’t want this to sound trite, but I really feel the score wrote itself based on the pages in the script. On my first reading, I could immediately feel the structure and rhythm of the film and I knew what I wanted to do. With a phenomenal cast, filmmakers on the top of their game, and fantastic cinematography and editing, there’s nothing for me to fix, which isn’t always the case for the composer.

“As composers, we’re often the last thing to be brought in and we’re the last defence. If there's something wrong with the script, if there's something sluggish in the edit, if there are poor performances, the music has to try to push the film up a hill. But there was nothing like that with The Menu.” 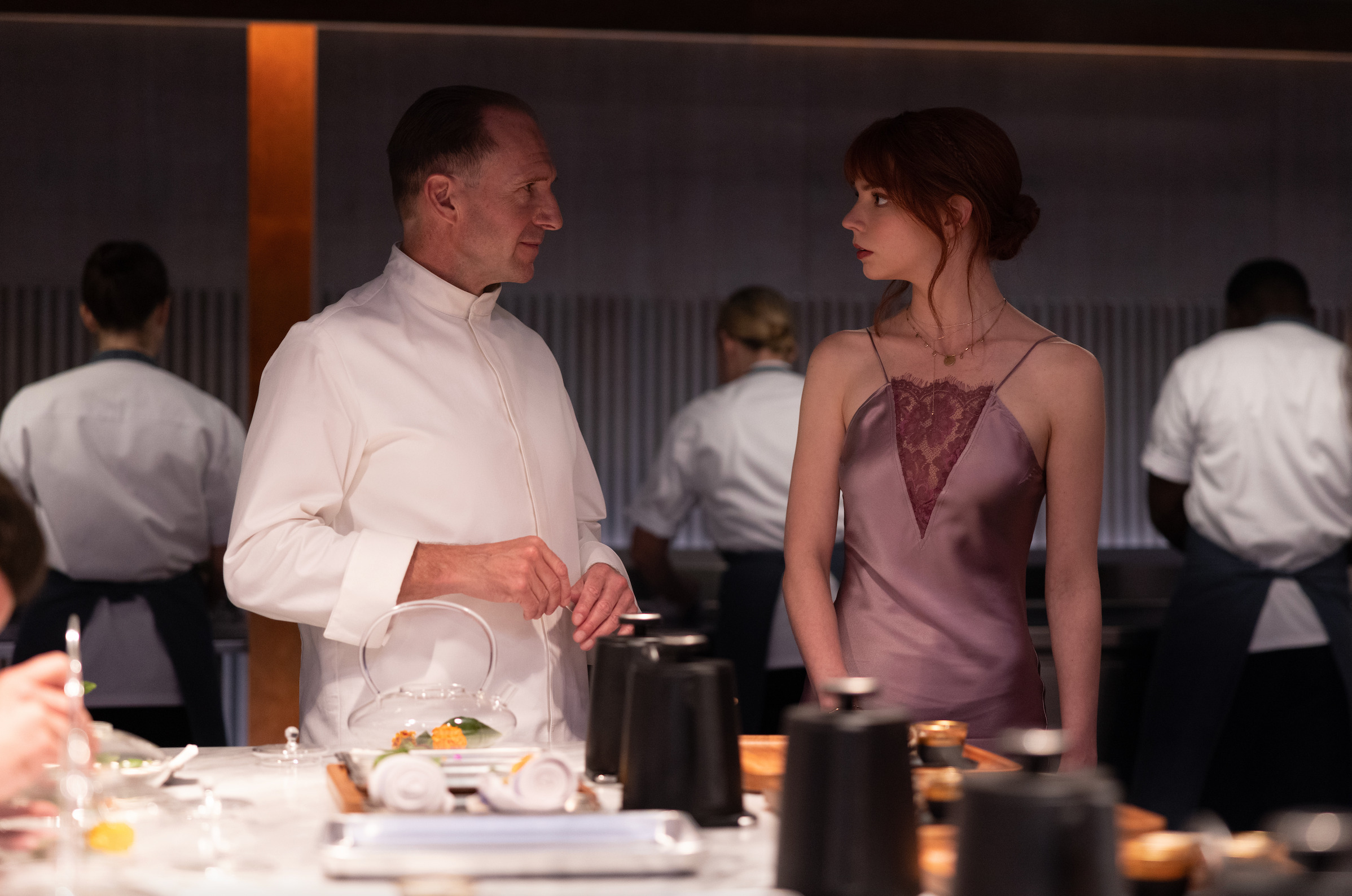 What really makes this score unique from my others is how rhythmic this one is.

You may not be surprised to hear while being simultaneously baffled by the challenge of it, that Stetson has created entire film scores with just saxophone and clarinet recordings which he then manipulates on his computer.

"His deeply eerie score for the Toni Colette-starring Hereditary is a great example. And while the word ‘classical’ is very unlikely to be pinned on Stetson by anyone, for The Menu he has created a score that is both elegant with its touches of classical, while of course having the staunchly modern approach you would expect from him.

The soundtrack album’s opening number All Aboard leaves you feeling, like the guests in the film, that this is simply going to be a lavish, luxury experience. This is thanks to gorgeous splashes on strings, piano and woodwinds. High-end music for a high-end experience, at least until things unravel.

“There is still a lot of sax in there, but it plays more of a supporting role in this one,” Stetson says.

“Because the music is mostly rooted in a baroque-style feeling, and I think what really makes this score unique from my others is how rhythmic this one is — I drew heavily on the pizzicato (plucked) strings and pizzicato piano strings. It’s a much more percussive score in that regard.” 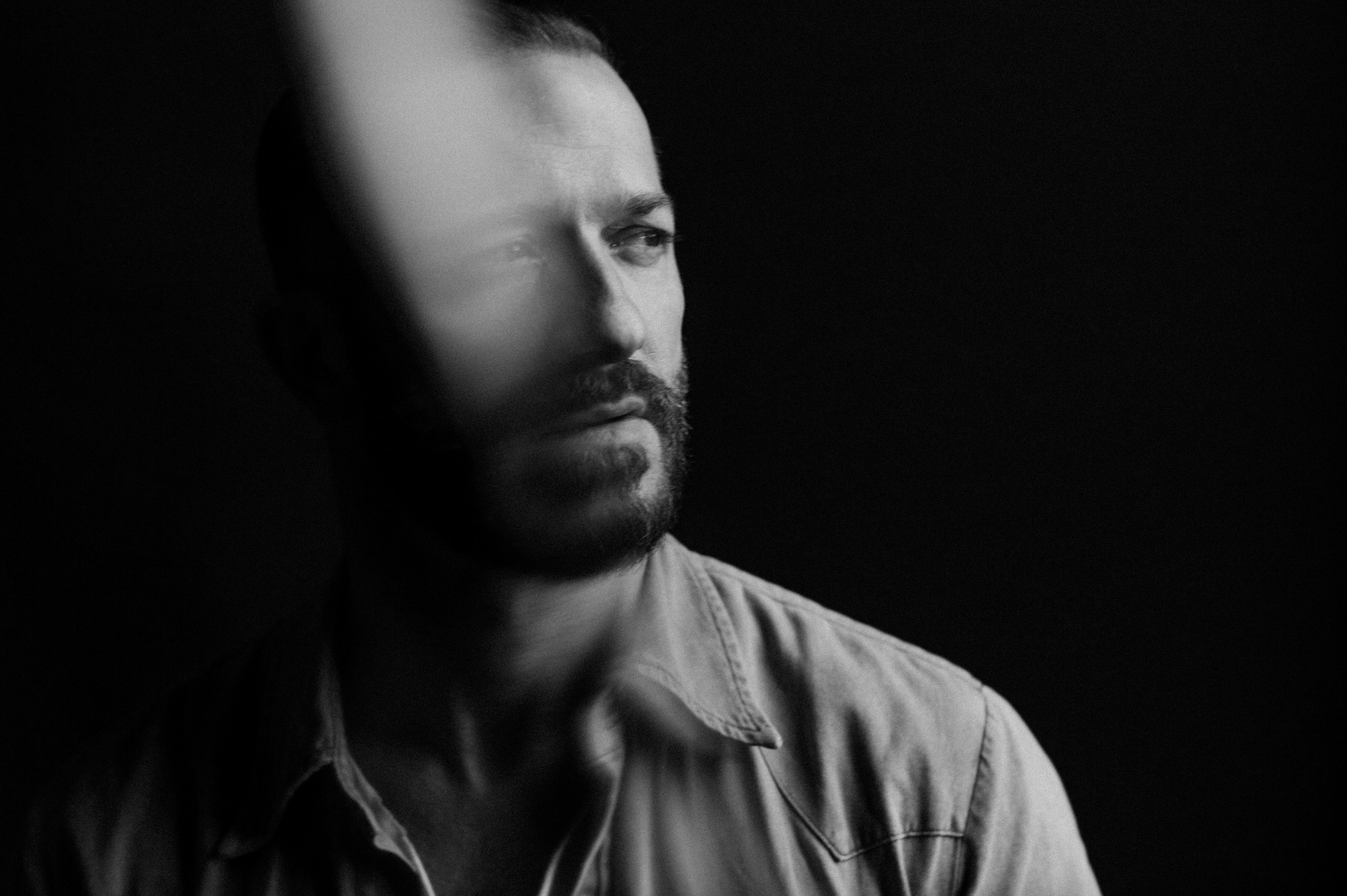 If there are poor performances, the music has to try to push the film up a hill. But there was nothing like that with The Menu.

Stetson then offers a peek behind the curtain of how he creates a score like The Menu from his studio. The first name that comes up is Spitfire Audio, who he says “create really wonderful libraries. I know people who create finished scores entirely using Spitfire’s libraries. I use them primarily as tools.

"I’m a very tactile composer. I need to use my hands, and I use these tools to write parts and to explore and experiment with different sounds, and different approaches on those instruments. I’ll then have the parts re-recorded by real players.

"I do sometimes use a hybrid approach and keep Spitfire parts in there to augment or be a foundation for the real string parts, for example. It’s all an EQ game for me. Otherwise, I use loads of the Universal Audio plugins, I use Valhalla reverbs a lot, and Soundtoys are a mainstay. I use their Decapitator on most things.”

2023 is set to be another very exciting year in the world of Stetson, who can only tentatively tease his next film projects, as he has signed non-disclosure agreements and must keep schtum about them. But the brilliant news is his first solo album release since 2017 is on its way.

“When I released All This I Do For Glory, I mentioned at the time that it would be the first of two parts, one side of a coin,” he concludes. “So my record coming out soon will be the other side of that, the corollary in that story. There will be the same kind of imagery, creation myth and quality to the two of them.”

The Menu images via Searchlight Pictures