Craig Charles: 50 years of Glastonbury and the festival's 'naughty side'

Ahead of this year’s Glastonbury Festival and the release of the BBC’s Glastonbury: 50 Years and Counting anniversary documentary, Headliner speaks to 6 Music and Radio 2 DJ – and Glasto regular – Craig Charles to discuss his personal highlights from down the years, and why he believes the Worthy Farm festival is “one of the most significant cultural events in British history”.

This year’s 50th anniversary edition of Glastonbury will take place from June 22-26, with Billie Eilish, Paul McCartney and Kendrick Lamar set to headline the Pyramid Stage on Friday, Saturday and Sunday respectively. It will be the festival’s first in-person outing since 2019, following last year’s digital version which saw a number of artists perform live on the Glastonbury site for a one-off broadcast

To mark the legendary festival’s 50th anniversary, the BBC’s Glastonbury: 50 Years and Counting documentary film will air on June 19, before being made available on iPlayer. The film looks back at five decades of Glastonbury and features interviews with the likes of Michael and Emily Eavis, Billie Eilish, Chris Martin, Lars Ulrich, Johnny Marr, Florence Welch, Orbital, Stormzy, Thom Yorke and Ed O’Brien, Noel Gallagher, Dua Lipa, Norman Cook, Ed Sheeran, Robert Smith and many key figures from across the different areas of the festival, including NYC Downlow, Lost Vagueness, Cinemageddon and the Silver Hayes dance tent.

Here, Charles, a regular Glastonbury performer and broadcaster, having started out on the festival’s comedy tent in the 1980s through to becoming a DJ in and around the Dance Village, fills Headliner in on his history with the festival, his love for its wilder elements, and why half a century on it remains an event like nothing else on earth…

What will you be doing to celebrate 50 years of Glastonbury?

Unfortunately, I won’t be doing my Friday show from Glastonbury because that’s when I play Shangri La, and for a lot of people that’s like the kick off for Glastonbury. They open it up specially for us and the last time we played it before the pandemic we were told people couldn’t get within a quarter of a mile of the stage. But we’ll be broadcasting everything about Glastonbury from the minute the doors open, we’ll be looking behind the scenes and it’ll be wall-to-wall bands with artists playing Glastonbury, we’ll be looking at the health fields and the healing fields, and the people who keep the festival going. I know the BBC goes heavy on Glastonbury, but it is one of the most significant cultural events in British history.

What are your earliest memories of Glastonbury?

I first played Glastonbury as a comedian in the comedy tent on the Red Wedge comedy tour. Red Wedge was an organisation set up by Paul Weller and. Billy Bragg to give socialist performers a platform during the Thatcher years. So, we’d do fund raising for them. But then I went back when I started doing my DJing. We’d play the dance stage; they had a thing called Cube Henge and we’d play behind the Dance Village. The Dance Village goes on all night and all you can hear is the BOOM BOOM BOOM of the speakers all night, you can’t get a moment’s sleep, so we moved from there eventually.

A great memory of playing the dance village was when I put together a fantasy punk band, with people like James Taylor from the James Taylor Quartet, Mick Talbot from the Style Council – I basically just called them all up and they said yes. And that band headlined the dance tent one night in the Dance Village, which was just an awesome moment for me, But there have been so many highlights. I remember seeing Bowie and thought he was absolutely stunning. I like going down to the West Holts Stage because I like the golden era of black American music, so watching people like Chic, Public Enemy, Bobby Womack, they’ve all been incredible. 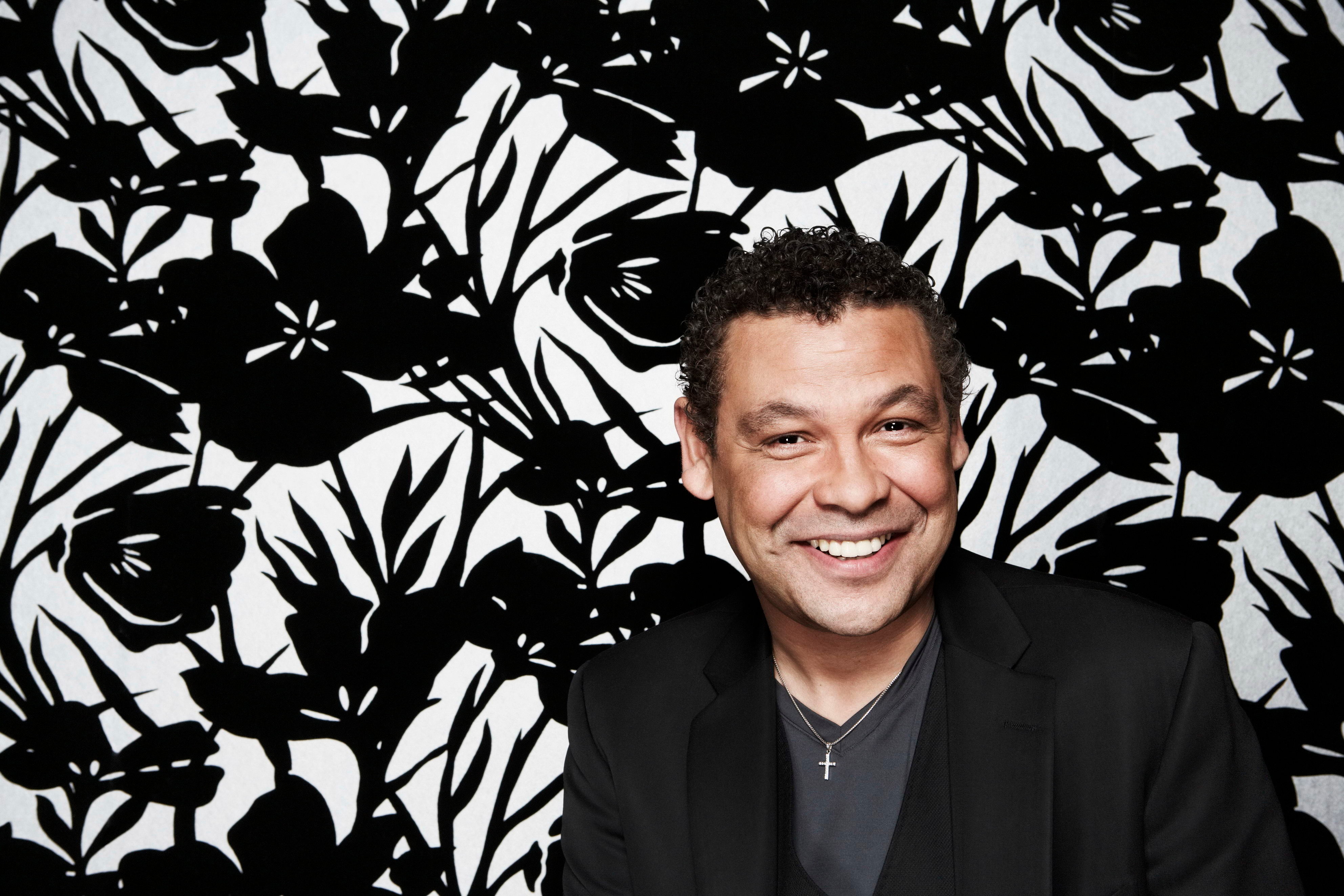 Glastonbury has kept its wild side. It's not too corporate. Craig Charles, DJ and broadcaster, BBC Radio 2 and 6 Music

But I do like naughty Glastonbury as well, if I’m honest, so Lost Vagueness, Block 9, Shangri La, that’s where we all head, and then there is no sleep till way past bedtime. We used to stay in this field with hay bales all around. It was all Joe Strummer’s lot, so there’d be Keith Allen, Damien Hirst, and all the wives and girlfriends. I saw Bez walk through a fire once and not get burned, I thought he was the second coming [laughs]. They were crazy nights, and just the level of conversation and wit from Joe and Damien and Keith… they are all very clever, you have to bring you’re A game to have banter with those guys.

There are times I’ve been to Glastonbury and not seen one band, because it’s also about the culture and everything else that’s going on. It’s such a brilliant spirit and the site is so big that you just miss so much, and so many things clash. That’s why the BBC coverage is so good. It’s not just for those who aren’t there, it’s for those who were there and want to catch up on all the things they weren’t able to see live. It can take a couple of weeks to catch up with what’s gone on.

How has Glastonbury maintained its independent spirit while also attracting major A-list stars and mainstream audiences?

I think it’s because it has maintained its naughty side. And it hasn’t gone too corporate. Yes, it’s gone corporate in places, but it needs that because it costs and awful lot of money to put Glastonbury on. They’ve left places like Block 9 and Shangri La alone. One of my greatest memories was playing Arcadia in the mouth of that massive spider and the fire from the flamethrowers, I thought the records were going to melt. But there was so much creativity, from the set design to the huge machines, it has kept that wild side. It still has the carefree hippy side, and that for me is the essence. I don’t go and stay in a hotel and come onsite every day, I camp, and not in one of the fancy ones! Although now I bring a camper van because of all the records and stuff I need to bring, I think I’ve gone a bit posh!

What are you looking forward to this year?

You can listen to an extended version of this interview below. You can also watch Charles speaking to Headliner in a previous interview about his Trunk of Funk show on BBC Radio 2 below.