Barry Grint: Up In The Air

The last few months have been an interesting time for Barry “Bazza” Grint and his business of 22 years, Alchemy Mastering. We caught up with the accomplished mastering engineer who gave us his take on the digitisation of the music industry and Alchemy’s recent acquisition by legendary London recording facility, AIR Studios.

“Like everybody else, I was quite worried, and thought the work was just going to fall off a cliff,” admits Grint when initially asked about how his business – the high- end Alchemy Mastering based in London’s Hammersmith – has been coping throughout the Coronavirus pandemic.

“The labels have always had a certain amount of back catalogue that they can rely on to keep products going through the door, and lots of mix engineers and studios were really quick at figuring out how to record in isolation.”

Grint tells us he is amazed by the quality of work that’s been recorded behind closed studio doors, surely serving as testament to the ingenuity of people to come up with ideas and deliver them when their back is to the wall. While it’s true that big releases from the major labels were scarce over the lockdown period, this clearly provided a great opportunity for smaller independent labels to push on and release music:

“For a while, stuff that was already recorded and was in-mixing carried on coming through, but after that there was a bit of a lull,” Grint reveals.

“The majors focused on putting out re-releases and revisiting their back catalogue which helped everything tick through, and then once people got their heads around how to do isolation recordings, it sort of picked up and it’s been pretty good since. It really would be fantastic if we can find something like this that corresponds to the live sector.”

It has of course been a tough time for studios due to the fact that they were shut for several months with no way of getting artists in to record, coupled with the lack of relief on rates and rent, or any real support from the UK government. Grint has found that the work has been reasonably solid over the last four to six weeks however.

“Strangely, we’re already mastering for Christmas, because there’s such a long lead time of around three months on the vinyl element,” says Grint. “So there’s been that slight uptick because you have to do the mastering for digital in order to get to the point where you can then master for the vinyl.”

As a mastering engineer since 1984, Grint has seen almost every aspect of the business evolve over those three and a half decades, having worked on over 20 UK Number One records and more than 100 UK Top Ten hits with artists including Madonna, Prince, Puff Daddy, Eric Clapton, David Bowie, The Beatles, Oasis, Keane, Beach Boys, Jessie J, Rod Stewart, Paul Simon, Van Halen and many more.

“It’s pretty much chalk and cheese to how it used to be,” he reminisces. “Vinyl was the main release format, followed by cassettes. That was it for a while until you had the Walkman, which was the first time you could listen to music on the move, and the big break for cassette.

“All of the people working in the recording business at that time had received some sort of training from their peers or their predecessors, so by the time things were coming through to mastering, you had people with years of experience sending a mix. Generally, everything was done really, really well. There were so few studios and a few independents but a lot of them were tied to labels, and so for me to have somebody come in off the street and have a recording that they wanted mastering was really quite rare.”

“When I started, if you wanted to record on location, a dirty great big articulated lorry rolled up with a studio built inside the trailer. Now you rock up with Pro Tools on a laptop and a small mixer and you’re away. It’s far more liberating and creates way more opportunity, but then not everybody who’s making music has had the chance to get that formal training. And so sometimes mixes that come through the door require more from the mastering engineer than used to be the case, which is just a fact of where we’re at now and isn’t necessarily a bad thing.”

Before mastering and cutting vinyl, Grint translated his love of music into spinning discs in various clubs, yet admits that he always wanted to work in a studio as a sound engineer: “A friend of mine Al Clay got a job as a runner at Trident Studios in Soho,” he explains. 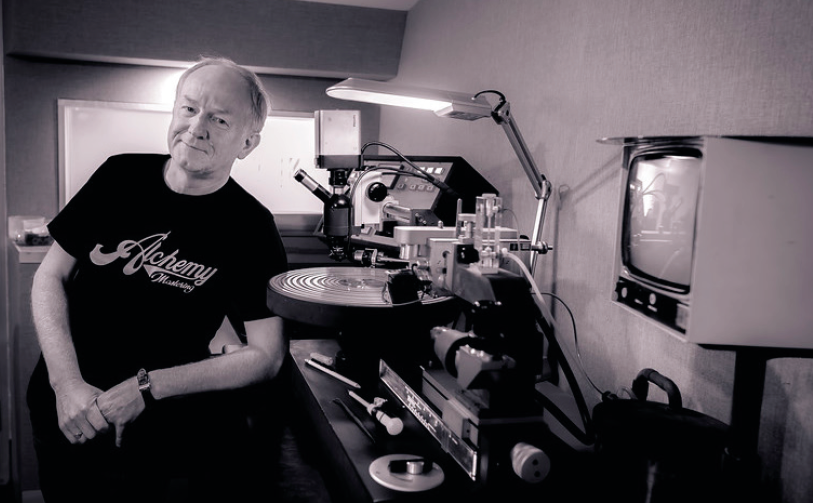 Labels need to have studios of substance in order to provide the facilities that they need to work.

“When they were looking for someone else, Al put my name forward, and while I was a bit old to be doing that at the time, they decided to take a chance on me. Myself and another guy were constantly working 24-hour shifts, one on one off.

Fast forward to the tumultuous year of 2020. The decision was made recently that AIR Studios – arguably one of the world’s most iconic recording facilities founded by legendary Beatles producer Sir George Martin – is acquiring Alchemy Mastering. While Grint has maintained a strong core outfit and gleaned a massive reputation for his business, surely this exciting move is the recipe for a match made in heaven, not to mention some good news relief.

“Labels need to have studios of substance in order to provide the facilities that they need to work,” remarks Grint. “AIR is known for its world-renowned recording studios and incredible sounding live rooms, and it was in fact Ray Staff who came up with the idea. He was working with another of AIR’s mastering engineers, John Webber at the time, and he suggested to the new owners of AIR that they should look to see if something can be done with Alchemy.”