“Let me say that we don’t have many ‘Oh, Schitt’ moments with sound because Lectrosonics prevents them from happening in the first place,” says sound mixer Bryan Day, who recalls being asked to join the production of Emmy-sweeping sitcom, Schitt’s Creek whilst at the dentist.

“I am a fan of the show; a show of dysfunctional, inclusive, family love,” begins Day. “I hoped to work on the show, and that hope was realised when the previous sound mixer at literally the last moment, became unavailable. I was a last minute replacement!”

With the previous sound mixer suddenly moving on to another job, the production needed to find a competent mixer to come on board and join the team, ASAP. Having worked with Schitt’s Creek’s boom operator before, Day was recommended for the job – and it was an immediate yes from him.

“I got the call to do season six two days before production was scheduled to begin,” he stresses. “It was literally: ‘Wanna do Schitt’s Creek?’ I said, ‘Schitt yeah!’ Since so much of the script is ad-libbed, we rely heavily on boom mics, for which we use the Lectrosonics HMa plug-ons. Then, every actor in the scene is also wearing a Lectrosonics SSM. If one of them says something that’s just priceless and the boom doesn’t capture it, the SSM does. I depend on them without hesitation.”

Schitt’s Creek follows the trials and tribulations of the formerly wealthy Rose family when they are forced to relocate to Schitt's Creek, a small town they once purchased as a joke. Now living in a motel, Johnny Rose (Eugene Levy) and Moira Rose (Catherine O'Hara) – along with their adult children, David (Dan Levy) and Alexis (Annie Murphy) – must adjust to life together without money.

Given the Levys’ creative hand in the show (it was devised by them both), a key part of Schitt’s Creek’s appeal is its heavy use of ad-libbing, meaning the sound department needed to be ready for anything.

“The first challenge with Schitt’s Creek was to unpack,” laughs Day. “I was suddenly on my way out of town to do a location show at the end of winter in a forest, so I went from a tightly scripted ‘whodunnit’ to an ad-lib comedy show, which wasn’t tricky actually – it’s fun! It keeps me on my toes, and it’s great to laugh out loud at the end of a take.” 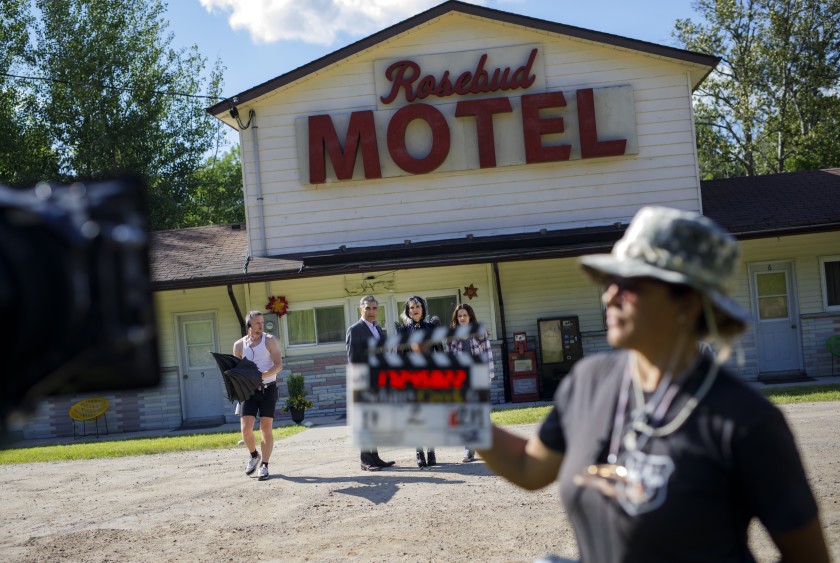 Although fun to work with, extensive ad-libbing makes for unpredictable dynamic range in the actors’ voices. The Venue and Venue2 receiver systems’ ability to host up to six dual-channel receiver modules keeps Day prepared for any such surprises:

“I’ve had plenty of times where Dan Levy or another actor was shouting one second and then whispering the next, and again, it’s not scripted. First of all, the noise floor of the receivers is so good that amplifying soft-spoken dialogue is usually no problem. However, what I usually do is pair one transmitter with two receiver channels. These have different gain settings and I double-track everyone’s voice. This approach has never, ever let me down, no matter what the talent comes up with.

“The ab-libs are about the moment that presents itself,” he adds. “Lectrosonics gear is well designed, expertly manufactured and gives me absolute confidence that if ‘the Schitts’ said it, we would capture it – with fidelity.”

LR receivers come into play for motion shots. “The Lectro LRs are super simple and super reliable,” says Day. “They live in my bag, and we use them for walk-and-talks where we’re not going to roll the entire audio cart down the street.”

The SSM has become Day’s go-to transmitter for two reasons:

“The first thing I love about the SSM is the size,” he enthuses. “I can hide them almost anywhere. For example, the character Alexis [Murphy] is a tiny woman, and there are often scenes where her wardrobe is pretty revealing. With Catherine O’Hara, her costumes are so much part of her character that you’re almost scared to disrupt that. So, the SSM’s size is really a saviour.”

“My other favourite thing about the SSM is that you can literally plug any type of mic into it and optimise the settings. There’s this menu on it called the Bias menu. It’s easy to find and logical, and it tunes the bias voltage, the phase, and the polarity for a variety of popular lav mics. So, whether you have a Countryman, a Sanken COS, a DPA, even a line-level input, it’s going to sound perfect.”

Since so much of the script is ad-libbed, we rely heavily on boom mics, for which we use the Lectrosonics HMa plug-ons.

“For big scenes, we might have up to 15 wireless mics going at once,” he points out. “On top of that, we’re on a soundstage next to other soundstages, so there might be 50 radio frequencies in my environment. Wireless Designer helps us coordinate with the other productions, so no one is stepping on anyone else. Beyond just being a display tool, it also lets me tune the receivers in an intuitive, visual way. It’s a saving grace.”

Asked to relate a specific crisis where the software played that role, Day laughs:

“There was one time where we were in the same location about twice a week, with no problems. Suddenly, the RF started getting really crowded. Wireless Designer made it so easy to scan for new frequencies and retune the Venues. We didn’t skip a beat, and the rest of production didn’t notice anything.” 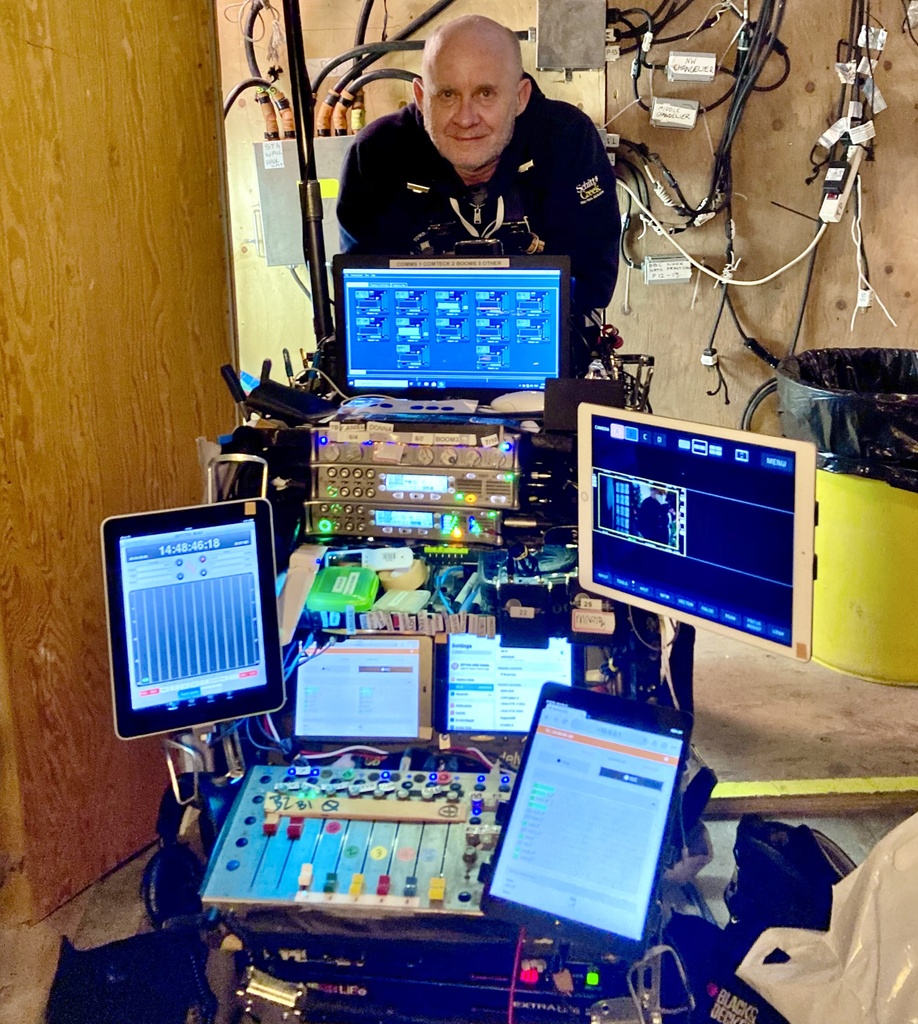