Crafting the score for Netflix film, The Two Popes – starring Anthony Hopkins and Jonathan Pryce – was a dream come true for Bryce Dessner, who cut his teeth on score-composing on The Revenant.

“When I did the score for The Revenant, the director, Alejandro González Iñárritu said to me, ‘if I'm pointing at the moon, don't draw my finger!’ – which is really good!” begins two-time Grammy Award-winning composer, Bryce Dessner, who most recently composed the score for Fernando Meirelles’ Netflix film, The Two Popes.

“He was basically saying, ‘look, I'm asking you to be yourself, to dream big and to try things and to experiment – and that energy was also what Fernando brought to The Two Popes. He was very excited about who I am and the types of sounds I could bring to it – he loves my string work and the work I do with voices, and really asked me to try many things. It was the first project where I was able to go on set and meet the actors; I was there for some of the filming, so that was also very inspirational for me to be able to absorb the film.”

Set in Rome, The Two Popes tells the story of the conservative Pope Benedict (Anthony Hopkins) and the liberal future Pope Francis (Jonathan Pryce) meeting behind Vatican walls, where they seek to find common ground to forge a new path for the Catholic Church – along the way discovering a deep, fraternal love for one another.

An intense acting masterclass delivered flawlessly by thespian heavyweights Hopkins and Pryce, the film is dialogue-heavy (you can’t blame Meirelles for making the most out of actors of this calibre), but also leaves a lot of breathing room for Dessner’s delicate score.

Recorded at London’s Abbey Road Studios, the score finds its voice in the storied pasts of each Pope: lively yet bittersweet guitar-driven themes representative of Pope Francis’s native Argentina, and classical strings and pipe organ dictating the somberness and loneliness of Pope Benedict’s Vatican.

And much like their meeting of minds, Dessner’s score finds a way forward for the paired pontiffs by merging the two sounds into a frolicking friendship of improbable melody. 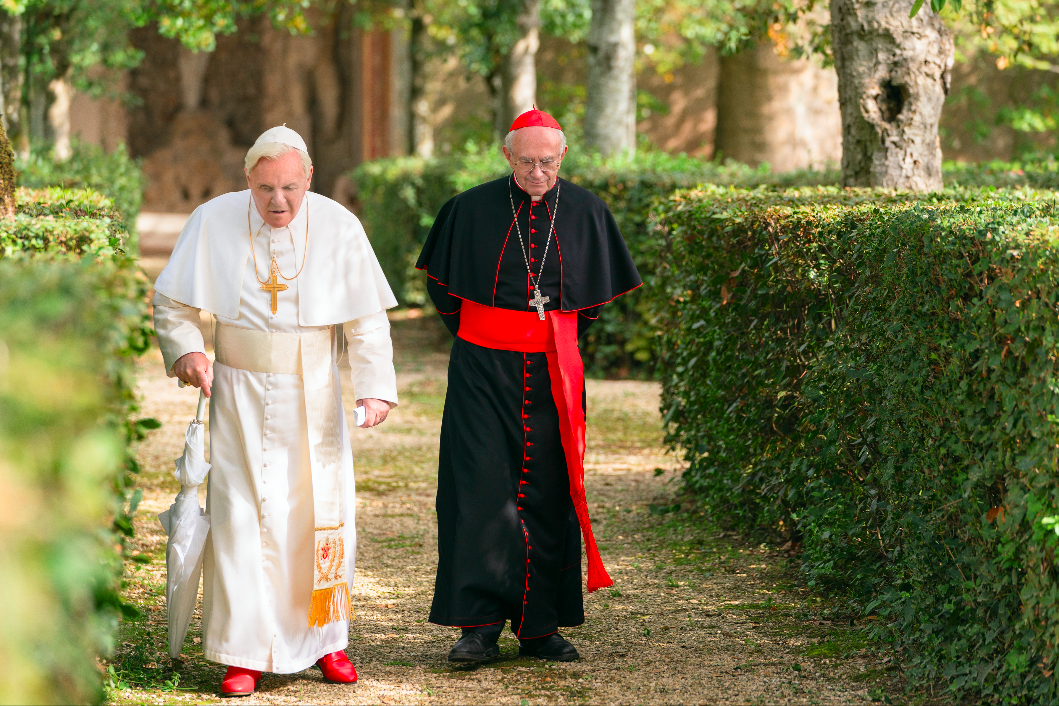 Because the acting is so strong, they don't lean on music as heavily as some films sometimes do. There's a lot of humour in the film as well as levity, so some of the source music is really fun as well. Bryce Dessner

Speaking to Headliner from Paris, where he now lives, Dessner is a founding member, guitarist, arranger, and co-principal songwriter of the rock band The National, and has more recently made his mark in the world of cinema – now lending his prolific and diverse talents as artist and composer to various critically acclaimed films.

“Working with Alejandro was my big immersion into scoring film, and since then, I've been doing a bunch more,” he explains. “Working on The Revenant was a really incredible experience for me, and was a real education. Alejandro said, ‘look, your music is in the film – it's an important part of it. I want you to find a way to weave it throughout the score’. He's a deeply musical director – as is Fernando. Both of them have a keen ear for music, and sound design is a huge part of their films.”

Recording at Abbey Road was a dream for Dessner:

“The Beatles’ Blackbird features in the source music of the film, so we were able to plan early on that we would record it at Abbey Road,” he says. “That was a dream situation to record there with the London Contemporary Orchestra. It was such an incredible experience to go into that beautiful historic studio – I recorded an Abbey Road 2, which is really The Beatles’ room.

"In my session, the two Neumann cello mics were Paul and John's vocal mics, and the microphones on the organ were Ringo's drum mics! The place itself has a real magic about it – it's deeply inspiring to be there in the room.” 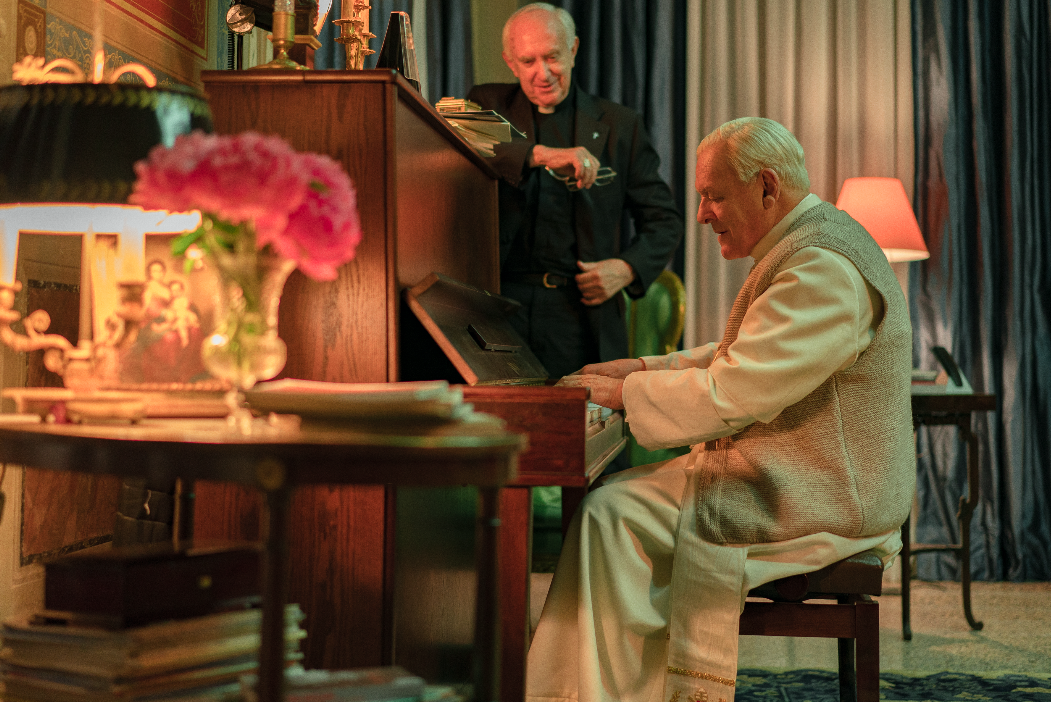 The Beatles’ Blackbird features in the source music of the film, so we were able to plan early on that we would record it at Abbey Road. Bryce Dessner

Part of the film is set in Argentina, which is where a lot of those musical influences came in:

“That's where there's beautiful source music from South America,” he nods. “On one hand, my score is layered orchestral sounds, and then on the other hand, it’s very influenced by South American folk music, which is music that I really love and grew up playing. I’ve studied classical guitar since I was a teenager and did a master's degree in that. So I have that kind of language in me.”

Dessner travelled to Rome during production, where the team had built a replica of the Sistine Chapel due the Vatican’s strict no-filming rule.

“I did meet Anthony and Jonathan – they're both Welsh, which is super interesting,” he notes. “Because I came in when they were still shooting, it gave me a lot of time to do some freeform sessions early on where I developed music inspired by what I was seeing before the film was cut, and before it was edited. So there were a bunch of themes that I worked on, and some of that did make it into the film.”

As the film’s edit progressed, Dessner was able to refine his score by identifying scenes that needed music.

“It's not a huge amount of music,” he admits. “I think that because the acting is so strong, they don't lean on music as heavily as some films sometimes do. There's a lot of humour in the film as well as levity, so some of the source music is really fun as well. It was just a very joyful experience working on it.”