A d&b Soundscape was recently deployed to ensure that the show would go on for the Irish National Opera’s production of Least Like the Other, which originally had plans to tour the show around Ireland in August 2020. The pandemic threatened to halt the production and performances, so the team turned to d&b for an immersive solution.

Least Like the Other, Searching for Rosemary Kennedy is a thought-provoking work of experimental music theatre created by Brian Irvine and Netia Jones. The show traces events in the life of Rosemary, eldest daughter of Joe and Rose Kennedy, sister of JFK, using redacted archive materials only recently pieced together.

In March of 2020, with growing concerns about Covid-19, the show’s production team realised that they would not be able go ahead as originally planned and like many around the world, they were forced to think of alternative ways to bring this show to audiences.

“It was critical for us to continue with the production in some capacity,” said Gavin O’Sullivan, head of production, Irish National Opera. “We had been working on the show for months and at a time when the entire industry is being threatened, we wanted to continue to employ our hard-working team and find a way to share this spectacular show.” 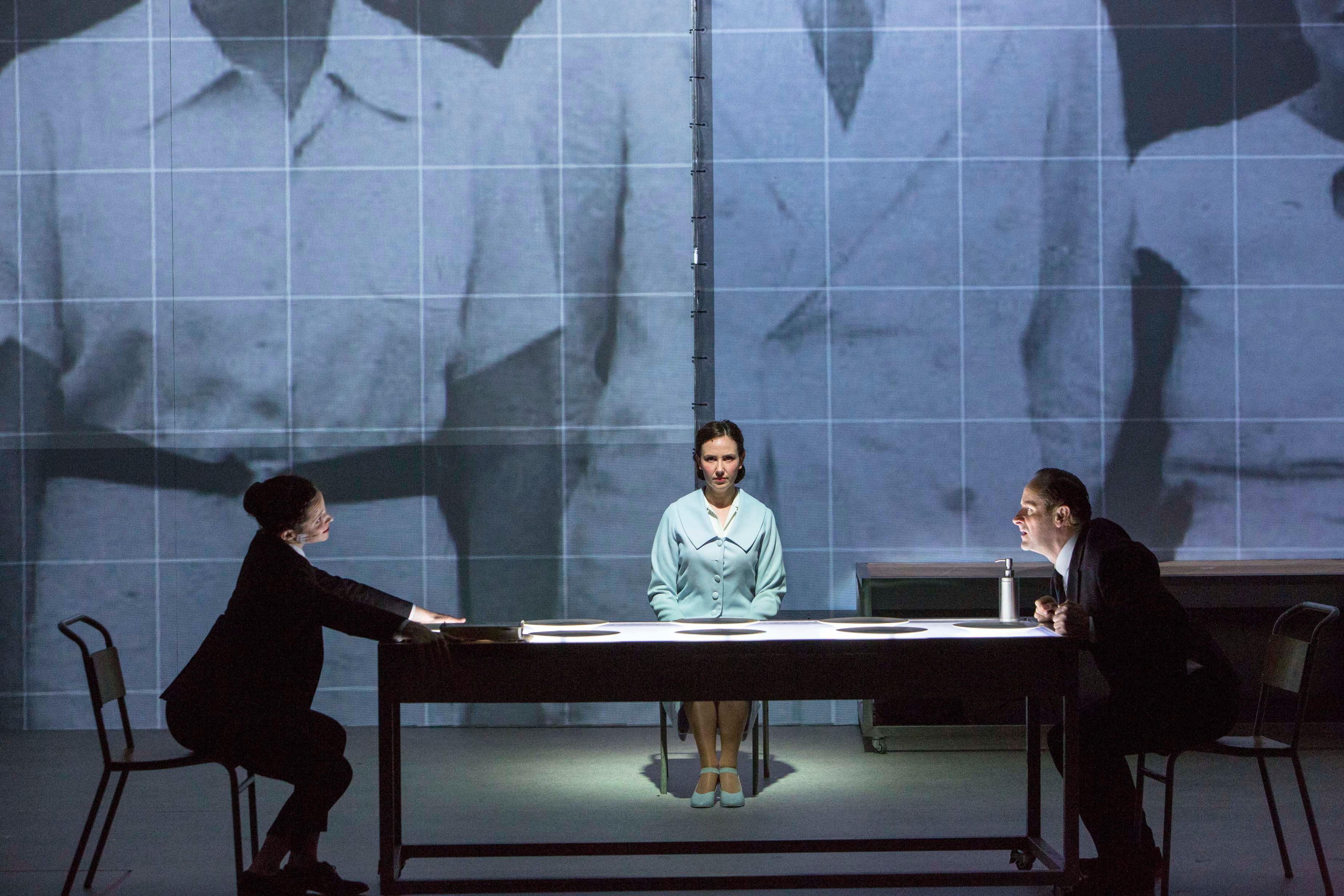 For the performance to go on, health guidelines meant that the number of performers on stage would have to be dramatically reduced if audiences would ever be allowed to safely experience the opera.

The production team had to find a new way to bring the sound of the live orchestra to the production, without having them in the same venue as the performers and audience. For sound designer David Sheppard of Sound Intermedia, this was a concept he had been looking at for some time, long before COVID-19.

“As a touring artist working around the world, I had reached a point where I struggled to justify touring with the ongoing climate crisis,” he said. “I began looking at new ways of how we can bring the experience of a performance to an audience without having to tour the ensemble with us.”

For Sheppard this was not simply a case of using a conventional system to pump pre-recorded tracks into the venue, they would need something much more sophisticated.

“When we realised the orchestra couldn’t be in the room with us, we knew we would have to add an extraordinary dimension back into this production, to elevate it and bring it back to life,” added Sheppard. “d&b Soundscape was that lifeline.”

For years, I’ve tried to find new ways to connect people to opera and make it more accessible, and with Soundscape we did just that. Brian Irvine

Using Soundscape, the team was able to place the sounds of the orchestra’s instruments into different areas of the venue. d&b Soundscape is powered by the DS100 Signal Engine, an audio system processor based on a Dante enabled signal matrix, designed to provide creativity through its two software modules En-Scene and En-Space.

d&b En-Scene is a sound object positioning tool allowing the individual placement and movement of up to 64 sound objects. It accurately depicts stage scenarios so that each sound object corresponds both visually and acoustically. d&b En-Space is an in-line room emulation tool which creates and modifies reverberation signatures for any space. These reverberation signatures are emulations derived from acoustic measurements of nine internationally renowned performance venues and convolved within the audio processor.

Brian Irvine, composer of Least Like the Other, saw the challenge faced not as a barrier, but a new opportunity:

“I'm a great believer that no matter what the restriction is, there is always a possibility for something new and adventurous,” he said. “For years, I’ve tried to find new ways to connect people to opera and make it more accessible, and with Soundscape we did just that”.

Irvine and the creators of the show understood the idea of Soundscape. For them it was not about taking away an element from the production, but instead adding to it:

“We needed to think about the speaker system not as something that was helping the production be heard, but instead to think of it as a theatrical device, changing how the audience could perceive the show,” commented O’Sullivan. “The first time the entire team experienced Soundscape it was this wonderful moment, the speakers disappeared and suddenly we had instruments in the room with us.”

“Soundscape allows you to zone into different parts of the music because the depth and clarity of sound brings focus to each instrument and where it is coming from,” explained Sheppard. “I think if I was the audience, I would assume that the orchestra was hidden in the room, that’s how immersive this solution is.” 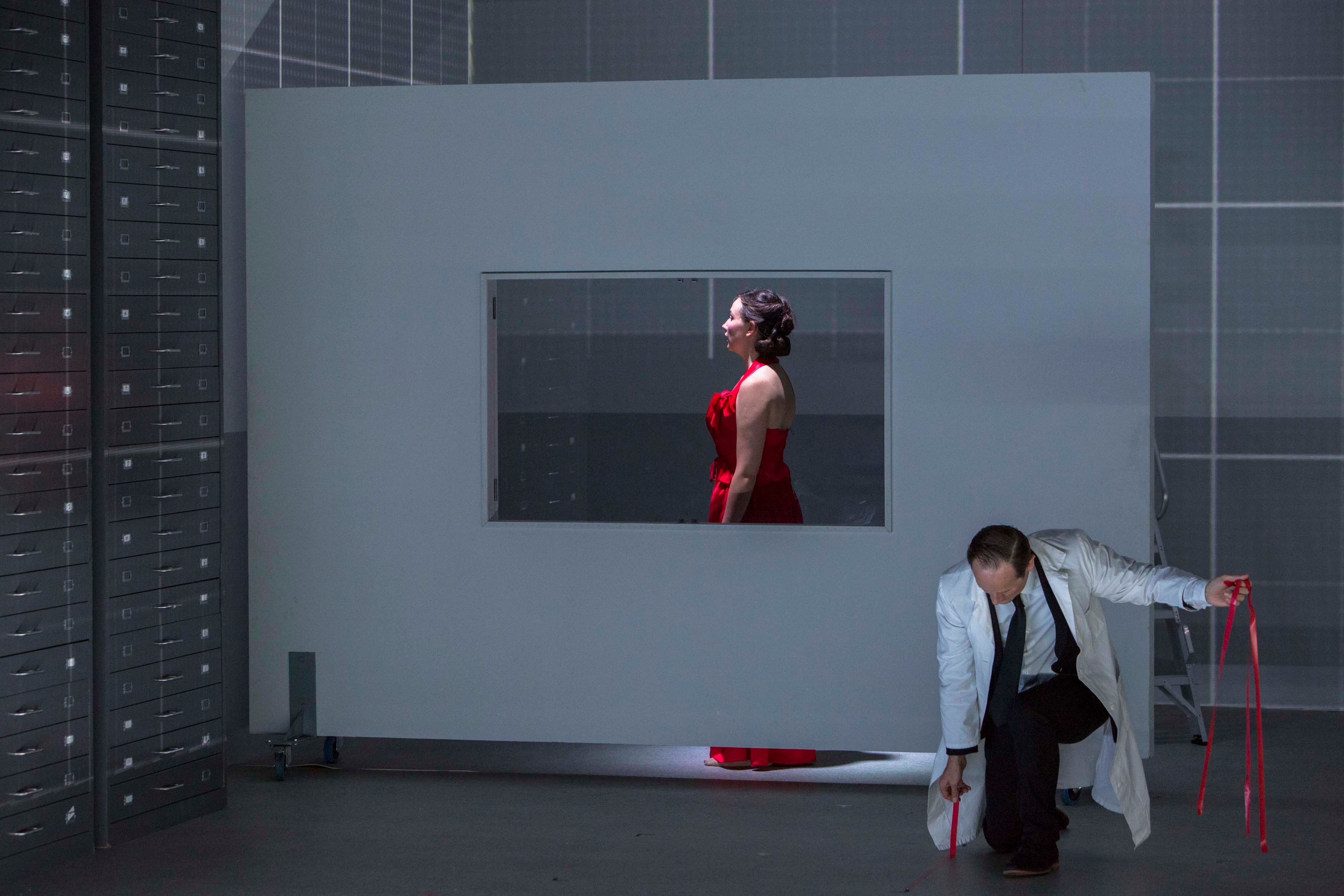 As if the production team didn’t have enough to contend with, they were hit with another roadblock: Sheppard was unable to travel to Dublin for rehearsals due to travel restrictions. The team at Irish National Opera, as well as the show creators Irvine and Jones were so set on having Soundscape and Sheppard involved that they chose to move the entire production to a rehearsal space in Belfast to accommodate him.

The rehearsal space in Belfast during a time of significant venue closures was tough to come by but eventually the team was granted access to a warehouse which had previously been used for raves. The space was transformed from a nightclub to an opera house with clever draping and construction to mirror the O’Reilly Theatre in Dublin, where the production was set to open.

It was decided that while Sheppard would rehearse with the team in Belfast, when it came to moving the show back to Dublin, Kevin McGing would implement the sound design from there.

“The handover of Soundscape was seamless; at that point we had all bought into it and understood its simple yet highly creative qualities,” added Sheppard. “The ease of production, as well as the support from d&b ensured I was confident in handing over the reins once it left Belfast.” 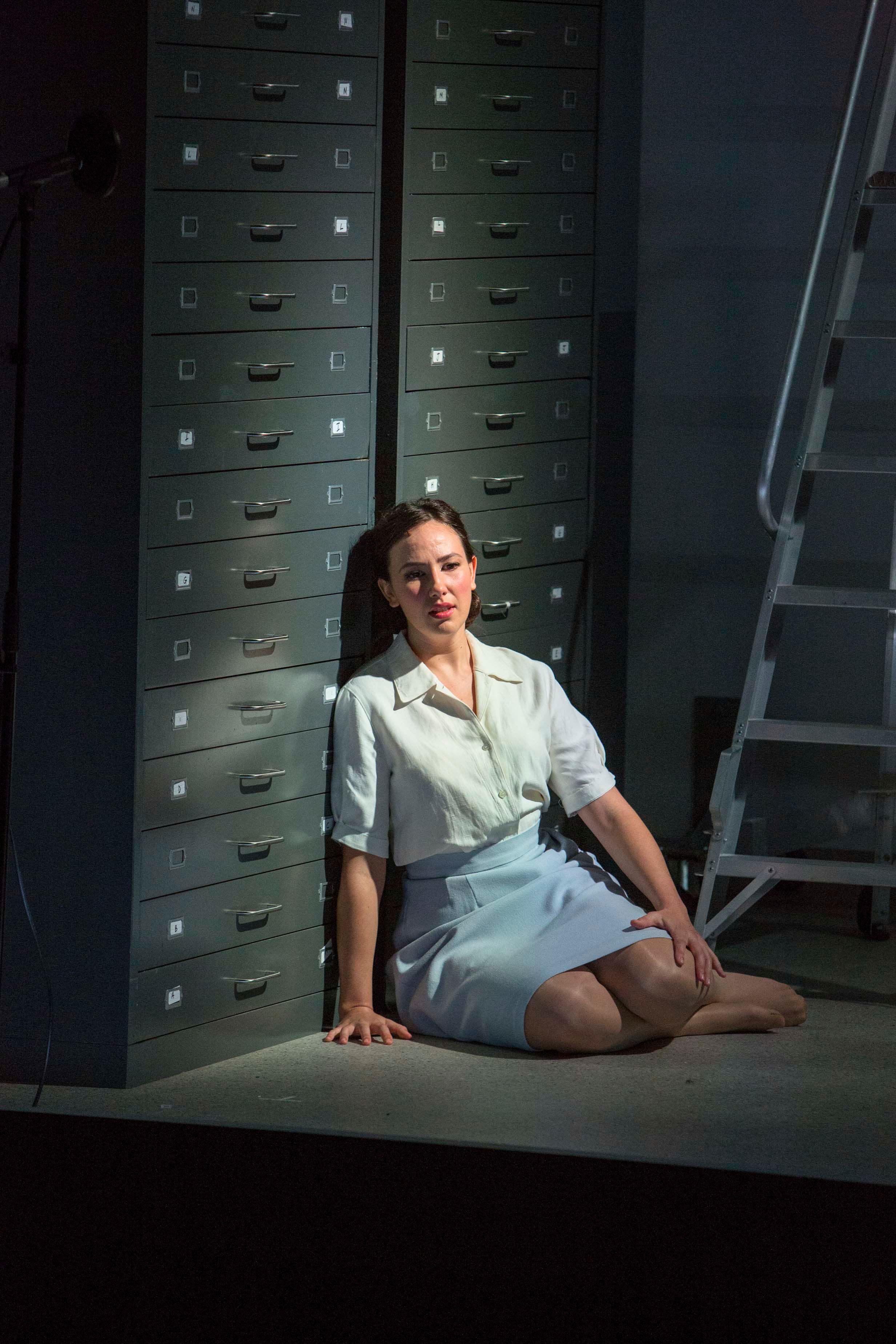 d&b has been with the sound team every step of the way:

“It was a challenging time for everyone but d&b supported every decision we made and I really felt their passion in wanting this production to go ahead,” enthused Sheppard. “With d&b you feel like there’s a care for not just their product but for the art that’s happening.”

While the production is hoping to open to an audience in Dublin, once Ireland reduces some restrictions, the team has already begun to film the show to create a fully immersive playback. While for Sheppard, the show has already achieved a great feat, transforming the minds of so many, even before it has opened.

“Fingers crossed, this production goes ahead in one form or another, but if anything, it’s already achieved something in opening people’s eyes to Soundscape and a new way of approaching productions in the future.”