Following the management buyout of immersive audio specialist Sonosphere, pro audio industry veteran and former group financial director of audio integration company Autograph, Duncan Bell has spoken to Headliner about the opportunities in the market for the company, as well as the ground-breaking 5G Festival it is helping to drive.

The transaction was completed on October 31, 2021 with Bell set to work alongside existing director Jamie Gosney.

“I became a shareholder and director of Sonosphere last year and I could see the huge potential the company had,” said Gosney. “When the opportunity to take over the ownership was presented, I knew that it was too good to miss. But I needed to have the right team in place to take it forward and make the most of all the opportunities that are presenting themselves.”

For almost two years, Sonosphere has been a central part of the upcoming first ever 5G Festival. The project will harness the 5G network to expand the concept of what can be done in the world of live events, while creating new commercial opportunities for the arts and providing artists and audiences with new ways to interact with each other.

Furthermore, its work with 5GF partner Metropolis Studios has also helped create one of the highest resolution Dolby Atmos certified studios in the UK.

How did you first become involved with Sonosphere?

I’ve known Jamie for a long time. We met when he was on hist first job in the West End on a show called Time around 1986. He worked at Autograph for a while in the late ‘90s and we stayed in touch and ended up building a mutual respect for each other’s strengths and expertise over the years. Then in the middle of 2020, I got involved in We Make Events, which meant that I started joining the calls for that, and on one call I saw Jamie. We had a chat afterwards and he told me about Sonosphere and the 5G Festival project. I told him I was looking for opportunities as I’d left Autograph earlier that year, but we didn’t think any more of it.

Then later that year, I started to hear more and see more about the 5G Festival and that piqued my interest. For many years in theatre, we’d done things with surround systems, so when all the immersive systems started appearing on the market it became an interesting space to watch.

Then in July 2021 there seemed to be an explosion of PR about Sonosphere, the early 5G Festival trials and the studio at Metropolis. It sounded interesting and I started to find out more about it. It seemed very interesting and engaging, so we just got talking and he said there may be an opportunity to acquire the company in some way, which I was keen to explore. From there, he asked if I’d like to get involved because he needed someone with more experience of running a business. And it progressed from there. 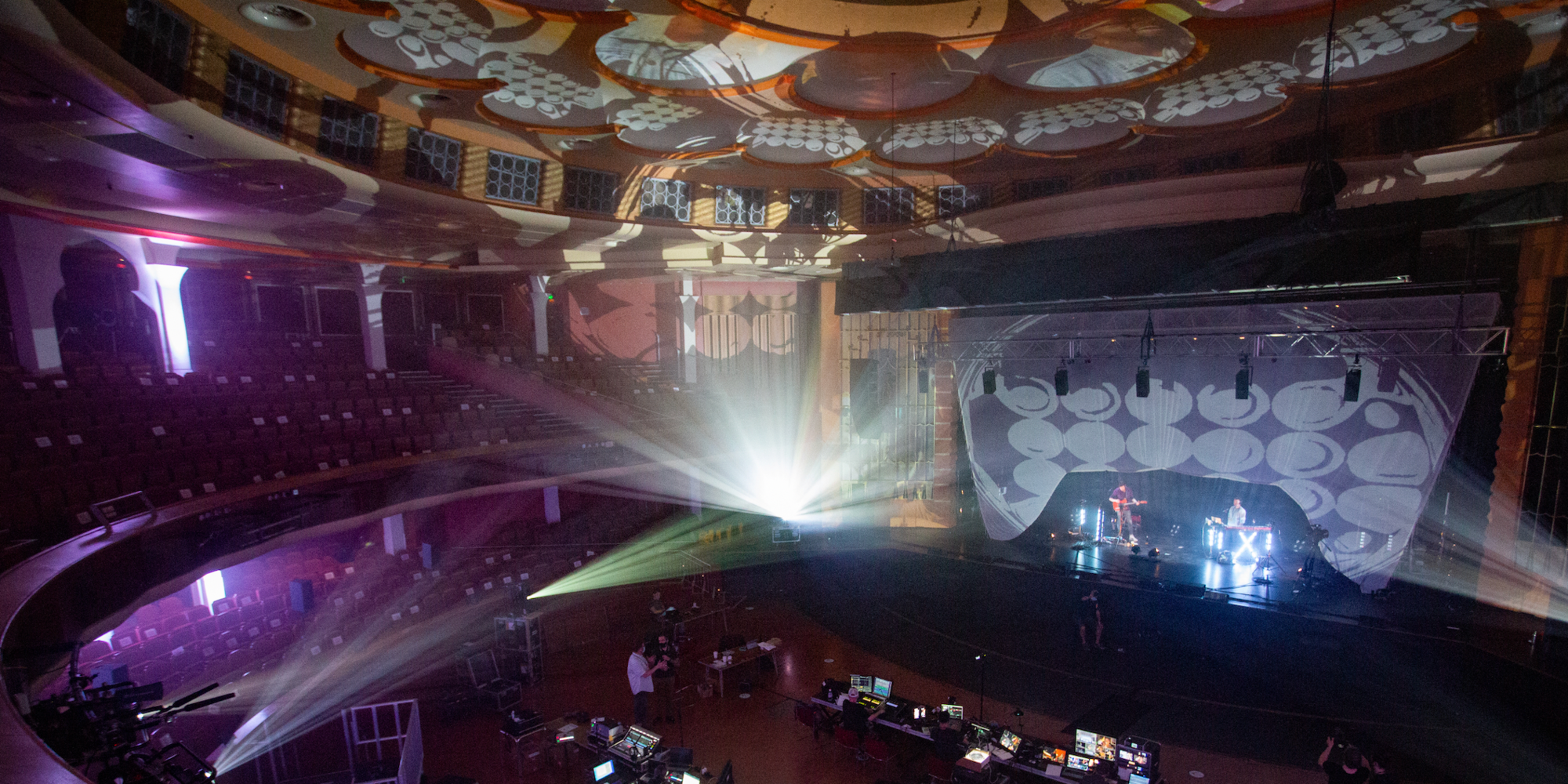 The industry has spoken about this in many forms for many years. Duncan Bell, Sonosphere

What is the philosophy behind the 5G festival?

The pandemic forced a whole raft of people to experience things in a way they hadn’t before. And not always positive. Watching a livestream during lockdown could be quite two-dimensional, but that’s what drives people to realise there could be more to it. We always knew that human nature would see people rushing back to live events, but it’s also been demonstrated that there is room for both audiences. Live streaming platforms offer opportunities to people who would still rather go the live event but may also choose to experience other events via a streaming platform if the experience is of a certain quality.

One of the things that has come out of the 5G project is remote connectivity. The pandemic has fuelled interest in remote collaboration, but also has made people consider how things may have been if this technology existed and was working during the pandemic. That drives things forward in terms of the parallel audience or the extra audience – you’re not replacing the live gig, you’re giving more people the chance to experience it, and you’re offering people who may never have had the opportunity to attend the live gig the chance to experience it. For whatever reason, geography, finances etc., some people may not be able to attend a show by their favourite artist, so this offers a new way for them to get involved.

What can music fans expect?

It allows collaboration between artists across different locations. Then there is the connectivity between venues with no delay between them, so to be part of an event that is connected to another location where there is another audience; having a real-time reaction between the two stages and the two audiences is a key part and one that people currently wouldn’t be able to experience because usually there is a lag.

The other part will be where we go with the immersive audio side. In the live environment we would use an immersive sound system at the same time as being able to replicate the same spatial mix in other locations. It’s difficult to define in exact terms as it’s an experimental platform that will deliver different user experiences.

Has the demand for immersive audio experiences grown significantly in recent years?

Fundamentally that sums up why I think Sonosphere is an exciting and interesting opportunity. Loads of people have been speaking about immersive audio for years but there hasn’t been a significant buy-in, it’s been a bit more experiential. Will we see immersive systems appear on the rider for every touring rock ‘n’ roll show that goes out now? No, because there are scale issues, whether it’s budgets, real estate, whatever. There isn’t a switch you can just flip. But demand across the board is definitely growing and the reason for that is to do with the fact that the technology has caught up with what people have been wanting to do creatively for a long time. Often, technology leads the creativity, and in other cases the concept and the creativity is there but you can’t necessarily deliver it. We’re now at a point where the processing power and the speed of that processing will do what was previously unachievable. That is enabling more work and driving demand.

What are the biggest opportunities for Sonosphere?

There are different threads to what we are doing so it’s hard to point to one particular strand that stands out above all others. What is particularly exciting is making the connection between them – pursuing the music streaming element of it and the Dolby spatial mixing opportunities that throws up. To have some part in making people’s experience of any event better from an audio perspective is really challenging and very exciting.