Ilan Eshkeri, surely one of the most versatile composers and musicians currently residing on Earth, is telling me that he doesn’t enjoy multitasking. Or at least, juggling more than one project at once. “I just want to be completely committed to one thing that I’m doing,” he says. Eshkeri is at his home in Camden, North London, on a bitterly cold November day.

It’s perhaps surprising to hear, considering he has worked on one of the biggest variety of projects in a career that I’ve seen personally — blockbuster films like 47 Ronin, indies such as Still Alice, scoring a Burberry fashion show, and then finding time to work with the likes of Annie Lennox, David Gilmour, and KT Tunstall.

“I’ve been finishing up on a film called The White Crow, directed by Ralph Fiennes,” Eshkeri says. “It’s a biopic of Rudolf Nureyev, the story of his defection to the West. And now I’m finishing off a bunch of songs, which I’ve co-written with various people. Then, I’m about to start a computer game - or a video game, as they say in America.”

Born in London, the composer became part of the classical music world by learning the violin as a child, but would later learn guitar, as his love of rock music increased. A love for contemporary classical composers such as Philip Glass and Stockhausen developed, and he worked his way up into the film industry.

“I was very much making people tea at one point,” Eshkeri tells me. However, working with the likes of fellow composer, Michael Kamen, certainly helped set him up for where we find him today. Much more recently, Eshkeri worked on the BBC hit show, Informer, in which a young man’s world is turned on its head when he is coerced into becoming an informer for the police. He tells me about how, these days, he makes sure he only works on projects that are artistically exciting for him, and Informer certainly fell into his artistic bracket.

“It’s the same when I’m working with a band,” Eshkeri explains. “I let them know that I’m going to be bringing something new to the table. If you don’t want someone bringing crazy new ideas in, then don’t hire me!

“Within the context of what we’re creating together, I want to make something that’s creatively satisfying for me. I’m looking for that kind of alignment. The White Crow is about the identity crisis Rudolf Nureyev goes through after he defects to the West, which certainly reflects things I’ve gone through recently. And in Informer, Raza is living a normal life, until he’s coerced into hiding things from his family, and being different things to different people. I think that’s why the programme spoke to me.” 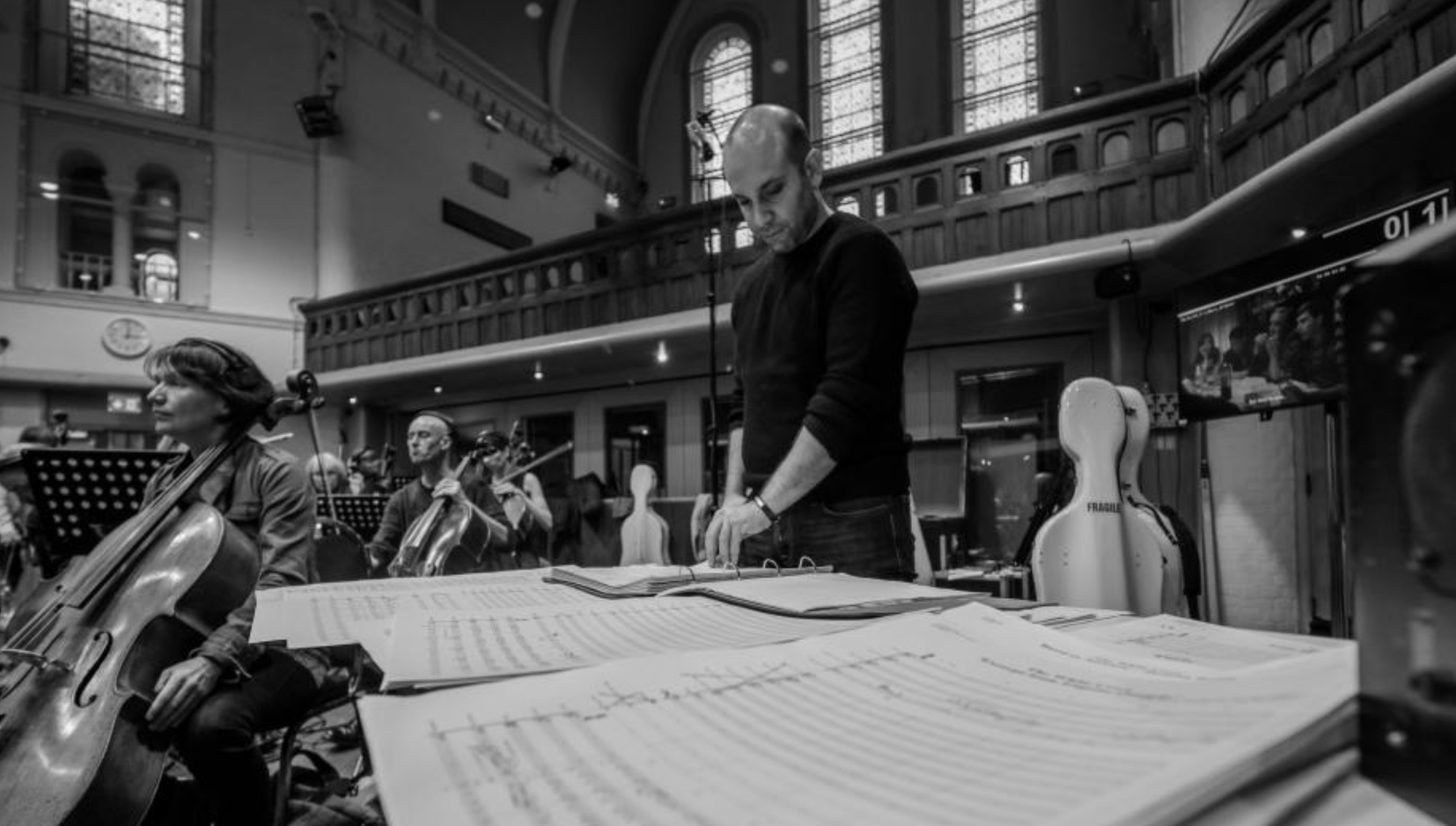 Spitfire Audio are at the absolute cutting edge of sample technology.

The premise of the programme gave Eshkeri a strong, conceptual idea to create the score with.

“We discussed how we were going to approach the music,” he says. “Jonny [Campbell, the series’ director] talked about wanting a classical score, and classical instrumentation — how that would feel, set against this urban landscape: solo vocal, solo cello, and that sort of thing.

“I wrote the piece, separated it all out, and gave them all individually to the cutting room, who put the individual melodies in different places, and then joined them together when different characters met. It was all a bit of a mess, but it was the birth of a great concept. Which led us to the idea of having just one piece of music, broken down into lots of different parts, which are gradually revealed, and combined together.”

What sets Eshkeri apart from a lot of composers is that he applies this approach to all his projects, whether they’re more artistic at first glance, or more commercial-looking. He certainly didn’t approach the 2016 Burberry Autumn Show any differently, composing a choral suite for the renowned fashion label.

“That whole show and collection was based on the Virginia Woolf novel, Orlando, and Virginia is one of my favourite writers of all time,” Eshkeri reveals. “That was something I felt I could really get stuck into. So I wrote this piece; the choral, operatic parts were all based on lines from the novel.”

“I’ve known [Spitfire Audio founder] Christian for years and years,” he says, enthusiastically. “Those guys are a few hundred metres up the road from me. They’re at the absolute cutting edge of sample technology. The way Hans Zimmer was, around 15 years ago. Christian is so passionate about it, and I love hearing him talk about it.

“Ultimately, I’m going to replace the samples, but I do always use Spitfire at the very start of my process. They’re without doubt the best people you can go to for the demo-making process.

“I do everything else through Pro Tools. I’m also loving the Arturia analogue synth models — I love using those a lot. What else do I love… Serato’s Pitch ‘n Time, I love that plugin. As a creative tool, as well, for making records; transposing vocals, making a bass part out of a guitar line - the algorithms are amazing. It’s a great tool.”

Eshkeri’s constant quest for creative inspiration has now taken him towards writing songs with Andy Burrows (formerly of Razorlight, and, of course, the drummer in Foregone Conclusion ‘mark two’, David Brent’s very own rock and rollers!) for a children’s TV show, and also a new computer game that he isn’t at liberty to talk about, only that he’s ‘very, very excited’ about it.

Knowing that he treats each and every project as a chance to progress as a composer, Headliner has no doubt that his music will give an enormous lift to both the game, and the programme. Be sure to plug the gap with episodes of Informer in the meantime, available on BBC iPlayer now.