In A Garden: A Look at Brian Eno's New Immersive Music Installation

Since 2005, London’s Kensington Gardens’ Serpentine Gallery has hosted its live programming in The Serpentine Pavilion, a temporary outdoor structure on the grounds that is redesigned each year by some of the world’s most promising talents in design. For its 20th Pavilion, the gallery will be playing host to In A Garden, a new generative music installation by famed musician, producer and activist Brian Eno. To bring his multi-layered sonic vision to life, Eno has utilised L-Acoustics L-ISA Immersive Hyperreal Sound to mix the new piece with the aid of the L-ISA Studio software suite at L-Acoustics Creations' immersive sound space in Highgate.

In A Garden is Eno’s contribution to Back to Earth, a multi-year project at Serpentine Galleries involving more than 60 leading artists, architects, poets, filmmakers, scientists, thinkers and designers, who have been invited to devise artist-led campaigns, protocols and initiatives responding to the environmental crisis, with the support of partner organisations and networks.

According to Eno, “This piece started life two years ago as what I call ‘country music’. In my use of the phrase, that doesn’t involve banjos and cowboys but is intended to be music that is an evocation of being in a landscape, in a place. This piece is what I call a generative piece: it’s a set of procedural rules allowed to work themselves out. Usually I do this in such a way that the piece changes all the time. In this instance however, because I wanted to take advantage of the L-Acoustics L-ISA spatialisation technology, the piece is essentially a long recording, looped.”

Eno notes that if a visitor arrives at midday two days in a row, they will hear almost the same music, which is described as a layered, stratified construction of sonic material. “Not exactly the same, because there are some random elements within the spatialisation itself,” he adds. “If it were a garden, it would be as though some of the plants had moved a bit during the night…” 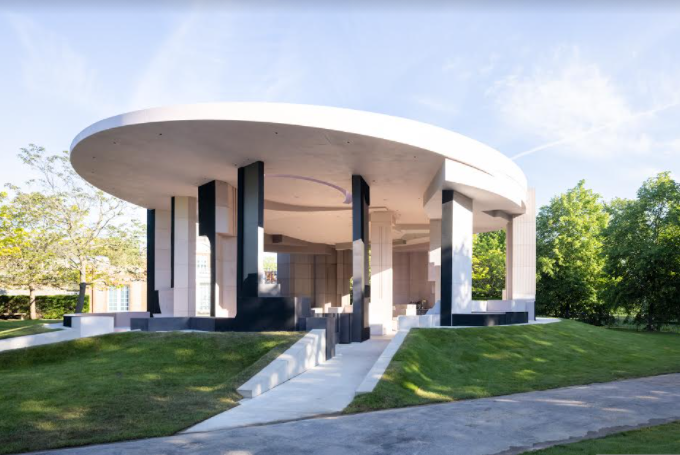 We wanted to help blur the image so there’s no separation between reproduced sound and the sound of the environment itself. Stephen Hughes

The speakers for In A Garden were colour matched and hidden within the structure so as not to distract from the immersive experience.

“It’s a really impressive and beautiful building, but when you’re considering speaker placement - unless you’ve got pillars in useful locations - it can get hard spacing speakers out enough on the horizontal axis to give you that high resolution,” says Stephen Hughes, account director for L-Acoustics Creations distributor Delta Live who designed the L-ISA system for the Serpentine Pavilion. “As we were mixing on one of the nights, Brian heard a motorbike go past, so he suddenly wanted to add the sound of that motorbike to the mix so that it comes once every 20 minutes. We had it moving around slowly in the distance; we wanted to help blur the image so there’s no separation between reproduced sound and the sound of the environment itself.

“I’m not quite sure that there’s another system out there that has the same kind of workflow, or is able to achieve the same result quite as smoothly and quickly as we did, especially given the fact that we have a grid of 12 overhead speakers as well.”

Eno suggested a number of interesting techniques to make In A Garden as immersive an experience as possible. One such technique was a rainfall sound, starting directly centre overhead and then using multi-tap delays to create a slow descent of sound, starting from the very top and eventually falling all around the listener over time. 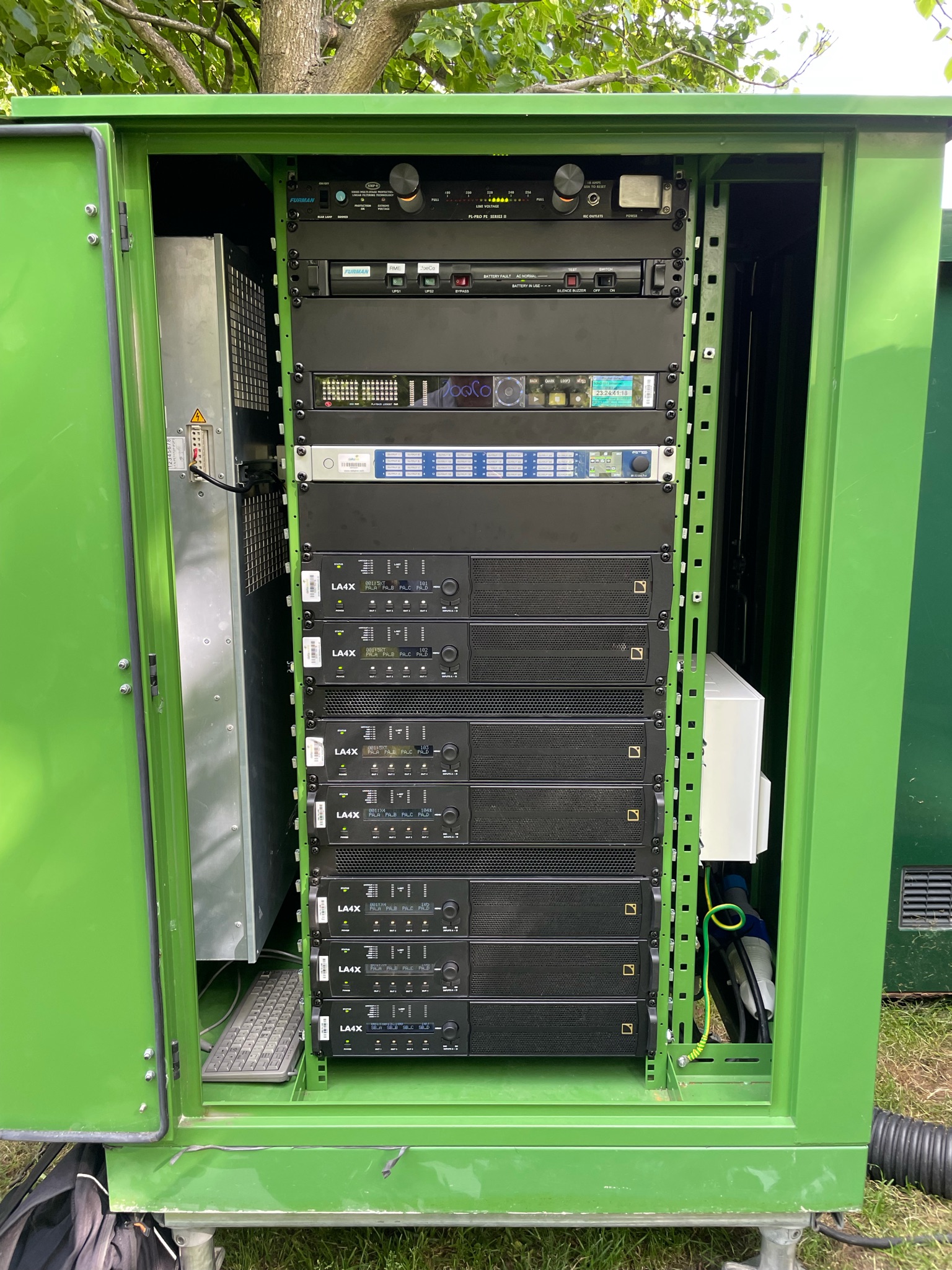 “You’d be hard pressed, without the kind of processing power or even the user interface, to achieve that as quickly as we have,” Hughes suggests.

In the program notes for In A Garden, Eno writes: “People tend to imagine that making art is like making architecture — that you have a ‘plan’ or a ‘vision’ in mind before you start and then you set about making it. But my feeling is that making art can be more usefully thought of as being like gardening: you plant a few seeds and then start watching what happens between them, how they come to life and how they interact.

“It doesn’t mean there’s no plan at all, but that the process of making is a process of you interacting with the object, and letting it set the pace. This approach is sometimes called ‘procedural’. I call it ‘generative’. Just as a garden is different every year, a piece of generative art might also be different each time you see or hear it. The implication of this is that such a work is never really finished — there is never a final state.

“I wanted to think of the music that I installed in the new pavilion as a sort of sonic garden — a concentrated park within the real park,” he concludes.