John Lennon at 80: Remembering An Icon

Incredibly, nearly 40 years have passed since the death of one of the world’s most recognisable musicians and activists.

John Lennon’s murder in December 1980 truly marked the end of an era in more ways than one. The Fab Four were no more, but their cultural impact - spearheaded by Lennon’s enduring vision of peace and love - would last for many decades to come.

Here we take a look at how Lennon’s childhood, teenage years and prodigious career with the Beatles carved out his destiny, and how we continue to seek the truth that he pursued through his craft, no matter how misunderstood he may have been.

Lennon was born during wartime on the 9th of October 1940 at Liverpool Maternity Hospital and attended Dovedale primary school, just a short walk from Penny Lane. A natural leader, he was a child who others naturally gravitated towards.

Lennon had a complicated relationship with his mother Julia, and had experienced abandonment from a young age. Julia’s older sister Mimi, Lennon’s aunt, reported her to social services after discovering that Lennon was sharing a bed with his mum and her then-boyfriend. Lennon was soon taken into Mimi’s care, and lived with her from the age of four.

Lennon’s father Alf returned when his son was six, after stints at sea during WWII. In 1946 he took Lennon from Mimi’s to a friend’s house in Blackpool, a trip that would prove to be a pivotal experience in Lennon’s life.

It has been reported, and perhaps somewhat exaggerated, that Lennon was asked to choose between staying with his father, or returning to Liverpool to live with Julia. Lennon apparently chose his father initially, but had a change of heart after seeing how upset it had made his mother.

While we are unlikely to ever know the truth of what happened in Blackpool, Lennon carried the heartache of the experience with him for many years. Julia took him back to Liverpool but he was dropped straight back to Aunt Mimi’s, where he would continue to live.

Lennon would not see his father again until he was one of the most famous people on the planet, yet Mimi’s husband George served as the main father figure in his life. He taught Lennon how to play the harmonica, an instrument he used on the Beatles’ first hit Love Me Do. It wasn’t until six years later however that he began his love affair with rock and roll. 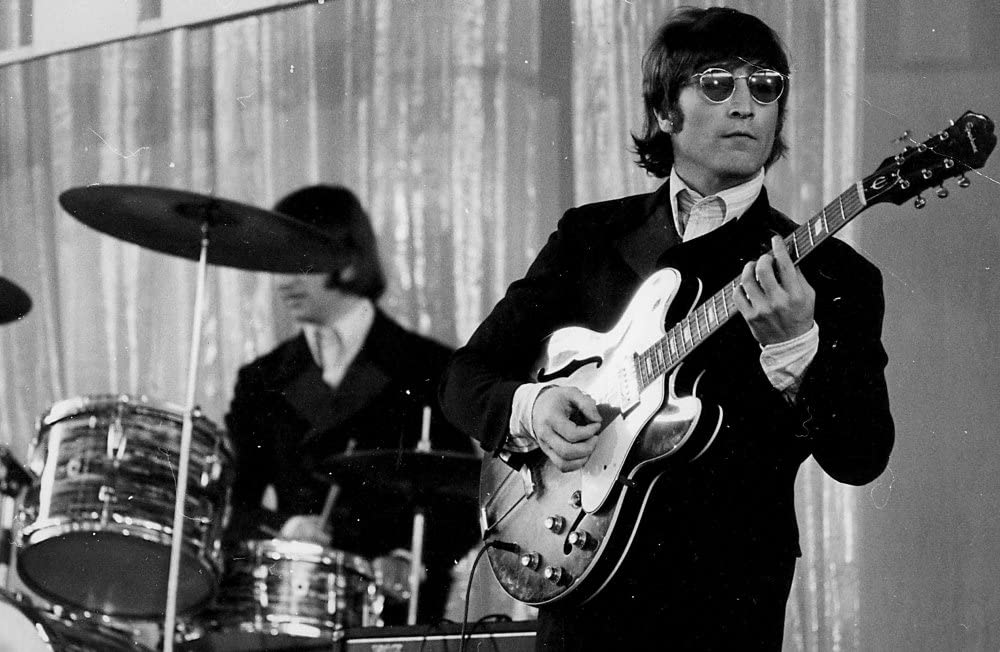 Between the ages of 10 and 20, Lennon’s creativity flourished, and he started to write his first songs. He was short-sighted to the point where he couldn’t see crowds in front of a stage, but was rarely seen wearing glasses in public until the mid 60s.

He had developed a habit for drinking and drug-taking, using the appetite suppressant Preludin for its stimulant qualities to fuel long sets in Hamburg with the Beatles, where he celebrated his 20th birthday.

It was the sound of Elvis Presley and Little Richard that inspired Lennon to form his first group, the Quarry Men, named after the Quarry Bank secondary school he attended. By July 1957 his band was playing at a church fete, where he met Paul McCartney for the first time. Two months later at Liverpool College of Art he became friends with Stuart Sutcliffe, the Beatles’ original bassist.

The death of Mimi’s husband George - the father figure in his life - understandably took its toll on Lennon, followed by the death of his mother Julia when he was 17. He had become closer to her in his teenage years and she had taught him how to play the banjo. She was killed in July 1958, hit by a car outside Mimi’s house after visiting her son. Lennon believed the offender was a drunk off-duty policeman, fuelling the anti-authoritarian outlook that continued throughout his life.

The Beatles’ first of five Hamburg residencies finished in December 1960, and soon after they arrived back in Liverpool, they were playing to screaming crowds at venues all over Merseyside.

The Price of Fame

In his 20s, Lennon wrote Come Together, Revolution, A Day In The Life, Tomorrow Never Knows, In My Life, A Hard Day’s Night, She Loves You, and many, many more.

While the Beatles’ fame grew exponentially, the loss of Lennon’s nearest and dearest also continued: First Stuart Sutcliffe in Hamburg from a brain haemorrhage, then singer Alma Cogan, with whom it is rumoured he had an affair, and finally Beatles manager Brian Epstein.

When Paul McCartney effectively announced the band’s split on the 10th of April 1970, the Beatles’ influence on the cultural world stage had become unrivalled, yet Lennon seemed to be exhausted by relentless touring and public scrutiny. The fame became too much, turning him to hallucinogenic drugs like LSD, and eventually heroin.

Earlier that year, not long after the Beatles’ split, Lennon underwent Primal Therapy treatment in an attempt to confront and overcome the pain of his childhood. 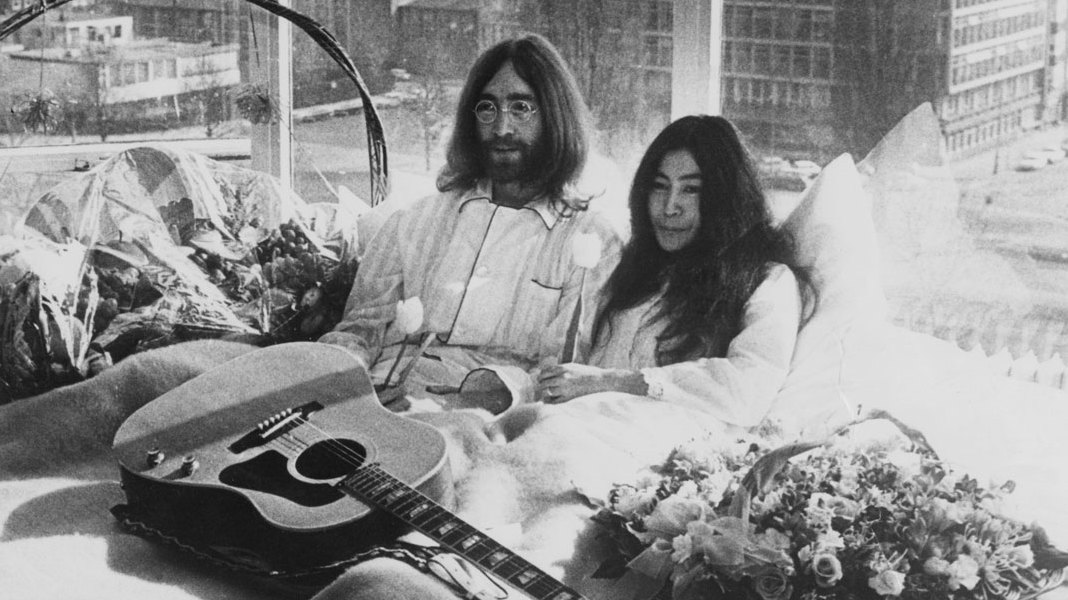 He married twice, first to art school peer Cynthia Powell ahead of the birth of their son Julian, then Yoko Ono seven years later, who was said to have saved him.

“Yoko isn’t fake. She was a guru to him in so many ways because she managed to change his opinion about children, spirituality, feminism, world disease, and to think more widely, to broaden his reach,” says Lesley-Ann Jones, author of the book Who Killed John Lennon? “She turned him around. I think he would have died a lot sooner having not met her.”

Yoko had a child from a previous marriage, Kyoko, but suffered a miscarriage when pregnant with Lennon’s child. In September 1971 they moved to America, and never returned to England.

Lennon turned 30 during the recording of his first solo album, Plastic Ono Band, and released his second solo album, Imagine, the month before his 31st birthday.

By 1980, Lennon had found some peace. His thirties had seen solo albums, collaborations with Ono, a tumultuous relationship with the press, and the birth of his son Sean on his 35th birthday, which prompted a withdrawal from life in the public eye.

He was soon ready to return to his solo career however, releasing Double Fantasy just after his 40th birthday. The album was spectacularly received, and a tour was planned for the following year, suggesting that Lennon had weathered the storm and come out the other side.

On the day Lennon was killed, 8 December 1980, he had signed a copy of Double Fantasy outside the Dakota Building for Mark David Chapman, who would later that day become his assassin.

He immediately escalated to an untouchable level of status, immortalised in the music history books forevermore. In the days that followed, The Telegraph wrote in a leader column: “A man who lived with a philosophy of peace has perished by the gun”.

On his birthday in 1981, a statue of Lennon was unveiled in San Francisco and the Strawberry Fields memorial opened four years later in New York’s Central Park.

The most pivotal moment in solidifying his legacy however came in 1988 with the release of the Imagine John Lennon documentary, which first used the squiggled self-portrait that has become Lennon’s posthumous logo.

By 1989 the Beatles’ had just about settled their legal disputes, which meant their catalogue could now be fully re-promoted for the first time. While several of Lennon’s songs re-entered the charts, Ono prolonged his discography with the release of Milk and Honey, a continuation of Double Fantasy using songs recorded during and after that album’s sessions. 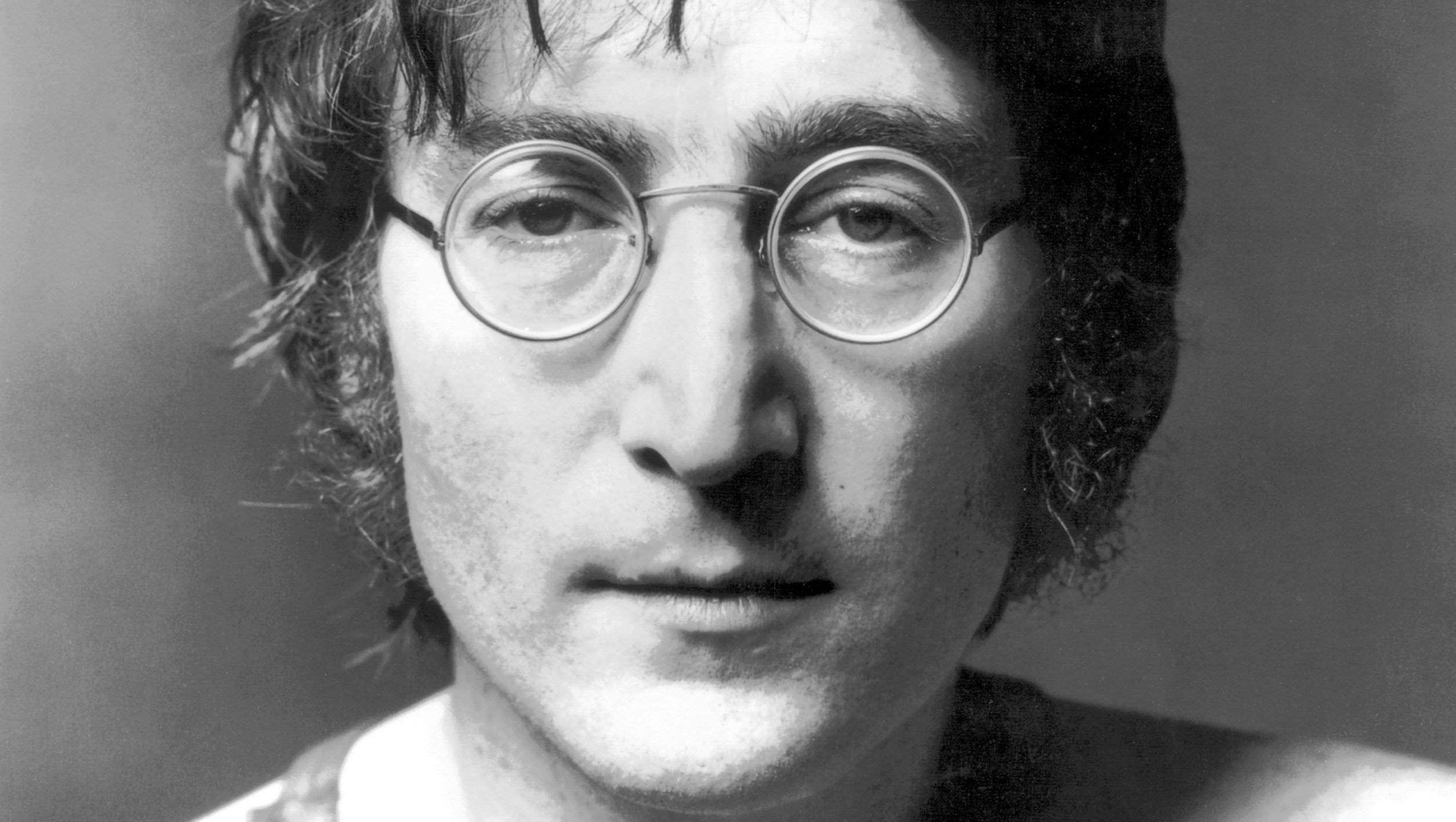 Lennon’s birthday was a global celebration by the time he would have been turning 60. The Plastic Ono Band and Double Fantasy albums were re-released, planes wrote “Remember Love” in the sky above New York City, Ono opened an exhibition about her husband at the Rock and Roll Hall of Fame in Cleveland, an entire museum was dedicated to him in Japan and an ice sculpture of his head was displayed outside the Sydney Opera House.

The Beatles 1 album followed shortly after, a compilation of every song that reached number one in the charts in the UK and US, a tribute to the band’s most triumphant era that remains the best-selling album of the 00s.

Writing for the Telegraph in 2000, journalist Charles Shaar Murray said: “We honour John Lennon as the composer of an entire library of great songs, and we mourn him as an emblematic martyr to the darker side of contemporary celebrity culture… John Lennon was a profoundly flawed human being in any number of ways, but, damaged as he was, his greatest gift was his ability to speak so directly to our dreams.”

After the dawn of the new millennium, tributes to Lennon started to come on thick and fast, including the renaming of Speke Airport to Liverpool John Lennon in 2001. Countless remix albums, stage shows and even a video game later, the ascension of Lennon to the status of musical deity is complete.

So what might John Lennon be doing if he were still around today, aged 80?

He once said about his activism: “We’re an advertising campaign for peace,” - a sentiment that clearly resonates with trailblazers of modern activism such as Greta Thunberg. It would certainly be interesting to see how the two would have possibly coordinated their efforts in bringing attention to their respective causes in the modern age.

The epitome of a walking contradiction and flawed genius, Lennon’s legacy - both musical and ideological - will undoubtedly continue to live on in the public imagination.

His songs may not perform as well as his bandmates’ in the streaming era, but will always remain significant, says Lesley-Ann Jones: “That’s the gift with someone who writes songs. To be able to write so personally, but have the song become something that can be taken universally and everyone can find meaning in it. That is the great gift that the vast majority who tried to do it don’t have.”