Production sound mixer Stu Chacon explains why Lectrosonics never lets him down on the set of Hot Ones or Sneaker Shopping.

“I always knew I wanted to do something artistic and creative from an early age, and music and sound have always been a big part of my life,” recalls production sound mixer Stu Chacon, who recently has been working on hit US shows, Hot Ones and Sneaker Shopping.

Chacon started his reality TV journey working on a show called Psychic Kids, and quickly adapted to the fast paced nature of the show’s way of working.

“Coming from the narrative, web content, and corporate sound recording industries, I had to adjust to miking high numbers of talent for scenes in a rather small time frame,” he explains.

“There are also many location changes in a work day, so staying calm under pressure is key. This show also prepared me for traveling with gear, which can be a rather daunting task.

“I've had to mic upwards of 12 people at one point, so it gets a little tricky when you're by yourself. Also, having multiple locations in a day means making sure that wireless frequency coordination is given the importance it deserves, especially when you have multiple radio mics out at the same time, along with wireless camera hops and IFB's for production. The last thing you want is to have frequency drop-outs when the action has started due to poor planning.”

Chacon has been using Lectrosonics’ products since 2009 when he first started film school:

“From the beginning, I quickly learned they simply worked better than some of the other options available, and were built like tanks!”

For thriving in the ever-changing RF situations brought on by constant international travel, he depends on wideband wireless from Lectrosonics: the all-new, all-digital DCR822 dual-channel receivers paired with SMWB and SMDWB digital hybrid wireless transmitters. His kit is rounded out with a UCR411 receiver, plus IFB-R1a receivers and legacy UM400a transmitters for comms.

The DCR822 is part of Lectrosonics’ latest generation of digital wireless but can receive signal from any Digital Hybrid Wireless transmitter made in the past 18 years. This made Chacon’s choice of wideband as easy as it was necessary.

“For a long time, I’ve used the SMV and SMQV for talent mics, and they’re great,” he notes, “but going wideband has just been a thing of beauty.”

The DCR822, SMWB, and SMDWB can all double as stand-alone recorders, capturing audio to an internal MicroSD card. This has made a difference at times when the production has needed to minimise the impact on its surroundings.

“With the travel and international romance themes, we shoot more than a few scenes in airports,” he explains.

“Airports are also notoriously full of RF, and of course you don’t want to interfere with tower communications, so the MicroSD recording makes an ideal backup plan. Also, being in an airport with an audio bag full of gear can make people nervous when they don’t know what it is. Recording right onto the wideband SMs or the 822 lets us keep a lower profile.”

When working with an international and non-professional cast, the IFB (audio monitoring and comms for producers, directors, and other crew) carries a new wrinkle: translation. Chacon points to the flexibility of the R1a beltpack receivers for this application.

“We often have translators on set,” he explains. “Since you can tune the R1a really quickly, I’ll have the production mix on one channel, then different banks of R1a for the translators. I am looking to upgrade to the R1B, though, because with the digital readout and room for 10 frequency presets, it will make things even faster.”

Range, audio quality, and durability are what have caused Chacon to stick with the R1a for so long.

“I do a lot of car scenes,” he notes, “and for these I’ll usually just drop the entire audio bag on the floor of the back seat. But producers still need to listen in from a follow car, and for this the R1a is just incredible.

"There have been so many times I thought the picture car was going out of range, but we had no dropouts. There have been as many times I’ve seen an R1a dropped — literally bouncing off the pavement — and we just picked it up and kept using it.” 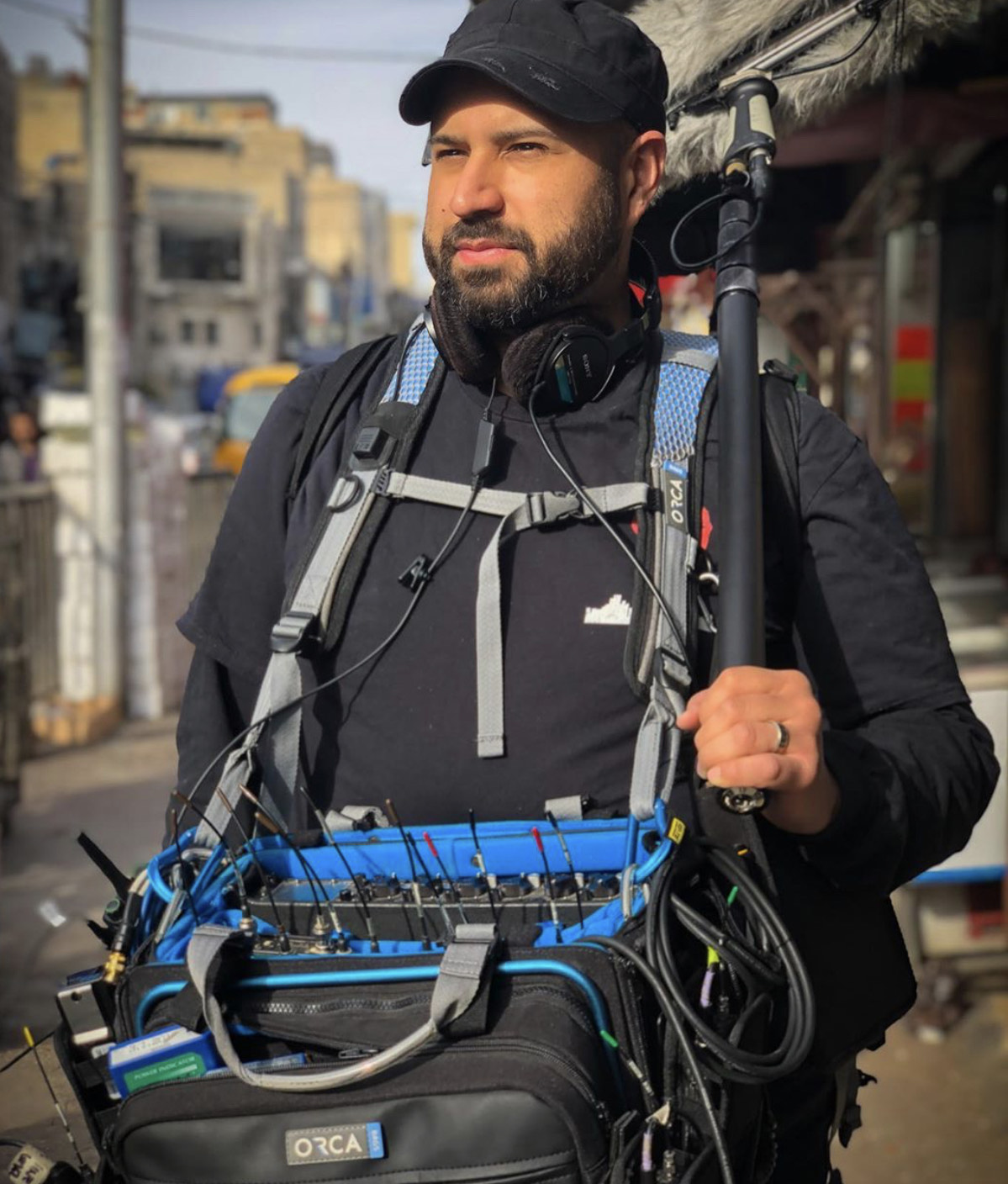 On Hot Ones, once A-list talent arrives to set, it’s go-time. I need to know my gear won’t fail me, and this is where Lectro shines. Stu Chacon

“On shows like Hot Ones, there’s usually A-list TV or sports talent and once they arrive to set, it’s go-time,” says Chacon.

“I have very little time to ensure everything is as it should be before we start rolling. As always, I need to know my gear won’t fail me, and this is where Lectro shines, among many reasons.

“Hot Ones is one of my favourite shows to record because it’s just so much fun to watch talent eat super spicy wings and more often than not, struggle through it all. They really eat all the spicy wings. I’ve been lucky to have recorded some pretty awesome episodes for this show. I can quote so many Will Ferrell movies that his episode is up there for me. Kristen Bell’s episode is probably a close second!”

He adds that the crew he gets to work with also make this show a delight to work on.

“On the episode with Will Ferrell, production took place in a heavily RF congested area of L.A. Luckily, the wideband receivers/transmitters helped me find some open frequencies that were available for me to use and for the show to move forward without any hiccups.”

Another favourite show of his to work on is Sneaker Shopping, which sees Joe La Puma interview athletes, actors and artists at sneaker and streetwear stores.

“The sneaker world is such a big industry and this show definitely puts focus on this,” he says.

“On this show, we usually get a relatively small window with the talent, so when they arrive to set I have limited time to mic them before we get started. For me, prep is key: I have my lavs ready to be placed on talent, but have backup mounts, tapes, etc. ready in any case my initial setup might not work. My favourite guest I’ve had the chance to record on this show is probably Jason Sudeikis since I’m such a big fan of SNL.”

Chacon hopes to work on an episodic comedy series some day, which is something he’s yet to do.

“I am a big fan of this genre, and I think I’d have such a good time working on something that makes me laugh through the work day!” 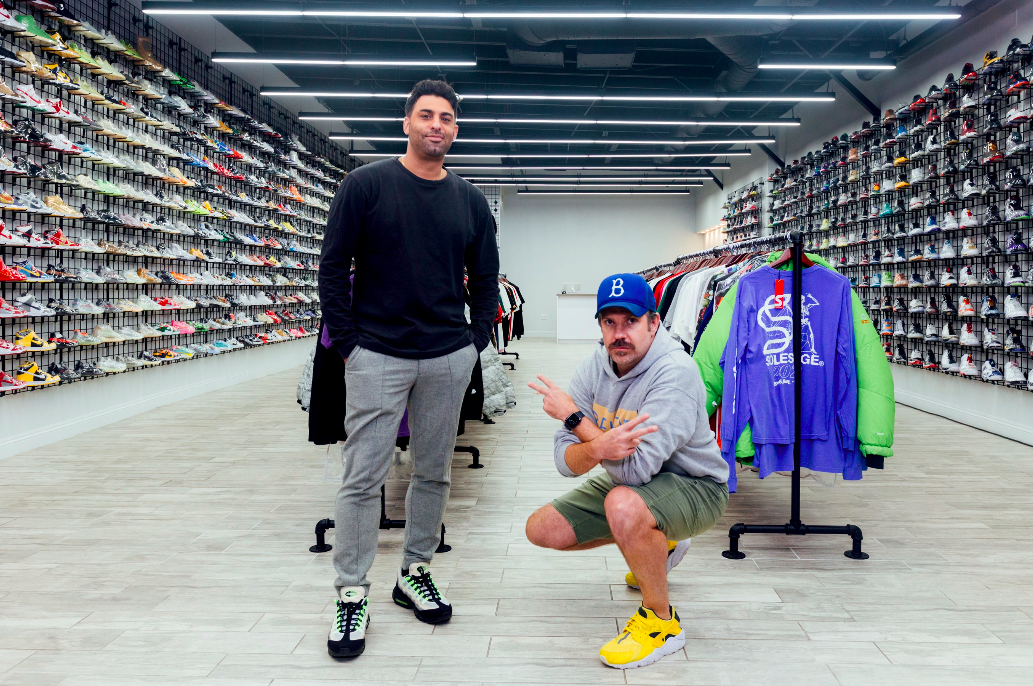