Head engineer at Peter Gabriel’s Real World Studios, Oli Jacobs has been as busy as ever this year, particularly with one of the studio’s initiatives, WOMAD at Home. A collaboration between Real World and the WOMAD international arts festival, the project has seen a number of artists record intimate tracks in lockdown using d&b audiotechnik’s immersive Soundscape system.

“The studio has been quite busy and we've had a lot of fun projects come through,” Oli Jacobs tells Headliner during lockdown number two in the UK. “We took on more remote mixing stuff when we went into the first lockdown which was great, but then you quickly remember that you need musicians to make records, so we started to miss them all.”

The situation led the Real World team to come up with a number of initiatives, one of which being WOMAD at Home, a collaboration between the studio and its sister companies: WOMAD Festival and Real World Records.

“And then the studio got busier because artists weren't able to tour, so we saw a massive uptick in bookings in maybe the busiest six months we've ever had,” Jacobs adds. “Being a residential studio outside of London, people could come down and stay the night and not have to touch public transport, so it became an ideal location for them to record.”

Real World Studios’ surroundings are truly stunning. Set in idyllic countryside within the small village of box just outside of Bath, it’s no surprise that artists started to flock there to isolate and focus on making records:

“When you come here, all the distractions are taken away, and I think that’s why we’ve become busier in the last few years as people have gone back to that way of record-making, which we're really happy about.”

Oli studied classical singing, drum and piano on the Tonmeister course at the University of Surrey, and always knew he wanted to get into the recording and engineering side.

“Being in the studio was always the obvious thing, because it combines music and technology, which are two things that really excite me,” he shares. “I spent my placement year working for Peter Gabriel, the owner of Real World Studios, as his assistant engineer. And then in a turn of fate as I was graduating, a space became available in the main studio as a junior assistant, so I started working under the senior engineer at the time, Patrick Phillips, and learned a lot from him.

“When Patrick left to work out of his own space in Bristol, I stepped up to head engineer, and now we're quite a big team at the studio: There's four or five engineers and a technician, and so more recently I've started to take on more projects outside of Real World.” 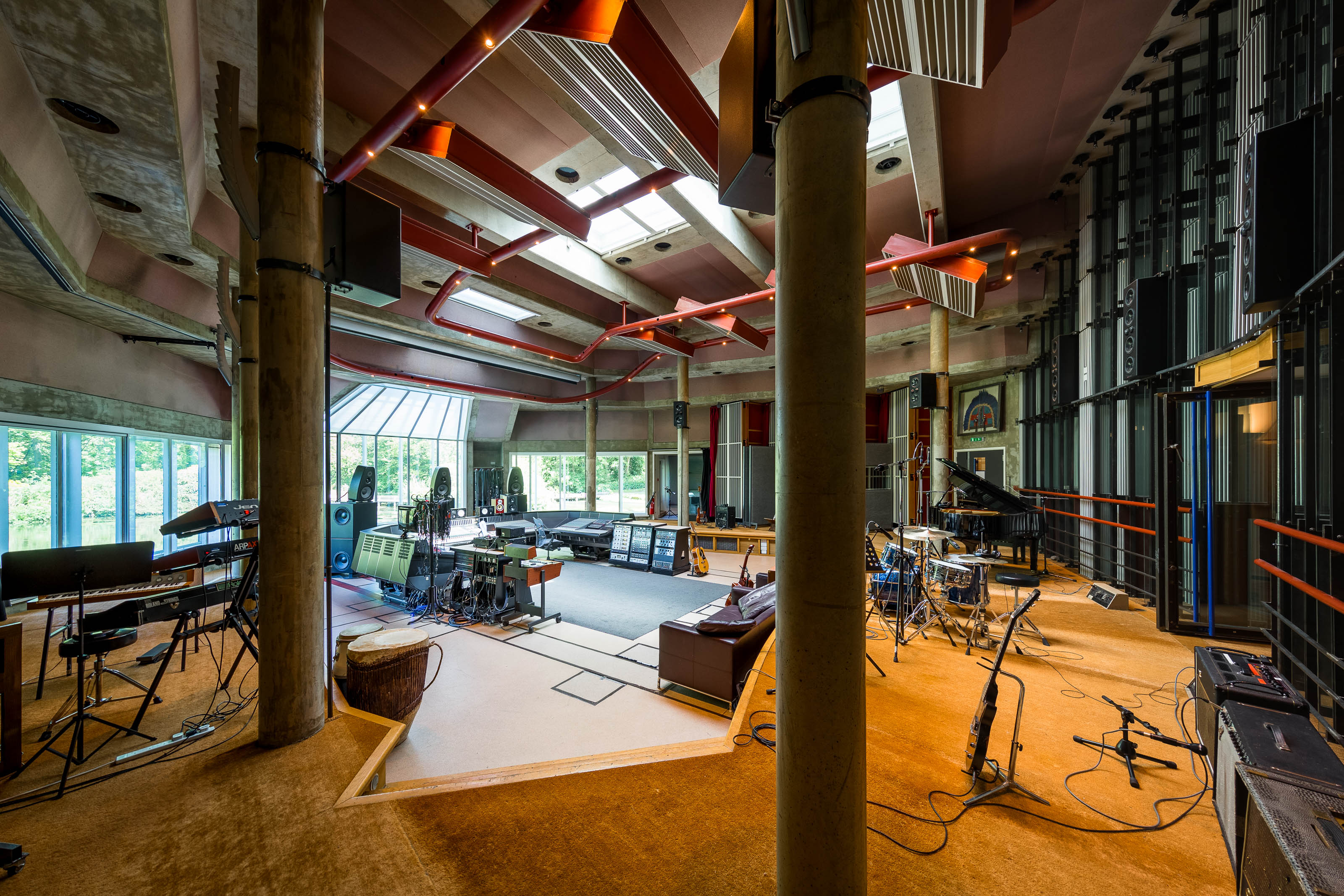 It was different to the hundreds of other live stream concerts in that there was no video, and it was all about creating a 360° listening experience.

Having become a stalwart of Real World, Jacobs has fine tuned his mixing techniques and creative process over the years, but admits that his approach often varies depending on the project. For most projects he mixes in the box, and has been using Pro Tools since day one.

“When it comes to making pop records, we set up all the instruments in the room so that people can jump on one instrument at a time, and build up songs and write in that way,” he explains. “On the flip side of that, especially in the Wood Room, there's the ability to do more intimate recordings with a group of people, so a lot of jazz records are made in there.

“And then the really cool thing is that on a really big session, you can set up across both the Big Room and the Wood Room, so you get the best of both worlds. We've recently installed loads of video links across the whole room so you can record everyone together even in isolation, so it's an amazingly flexible place to work. The same goes when it comes to analogue versus digital; there's so much kit in both rooms that we can cater for most requirements.”

One of the key things Oli learned from Peter Gabriel himself is that Real World was designed to be a musician’s studio, not an engineer’s studio.

“Engineers either love or hate having everything in the room together,” he says. “Obviously it's very different to a traditional studio in that the control room and live room are one space.

“One of the other things I learned early on is that you can have all this amazing gear and an amazing studio, but ultimately if the music's not good, then none of it matters. Hence, Real World is really focused on making sure musicians and producers are comfortable and happy in an environment they love.”

And it’s the sheer variety of work that comes through Real World that keeps Jacobs on his toes. Some of his highlights include recording and mixing two live albums for Madness - the first of which was at Kenwood House with a 40-piece orchestra - collaborating with Paul Woolford and Diplo on a track that went to number four on the UK Singles Chart, and mixing Sub Focus and Wilkinson’s energetic album project Portals.

“Sub Focus and Wilkinson is a great example of how you don't have to fit into a mould,” he asserts. “Those guys predominantly work in the box, so this was a great opportunity to come to Real World, split that up as much as possible with loads of inputs and outputs, and set up all the gear around the room. What that meant was I was able to help them come up with new stuff that they wouldn't have been able to do just in the box. Not only was that really fun, but it helped set that record apart for me sonically, with so much interesting stuff going on.” 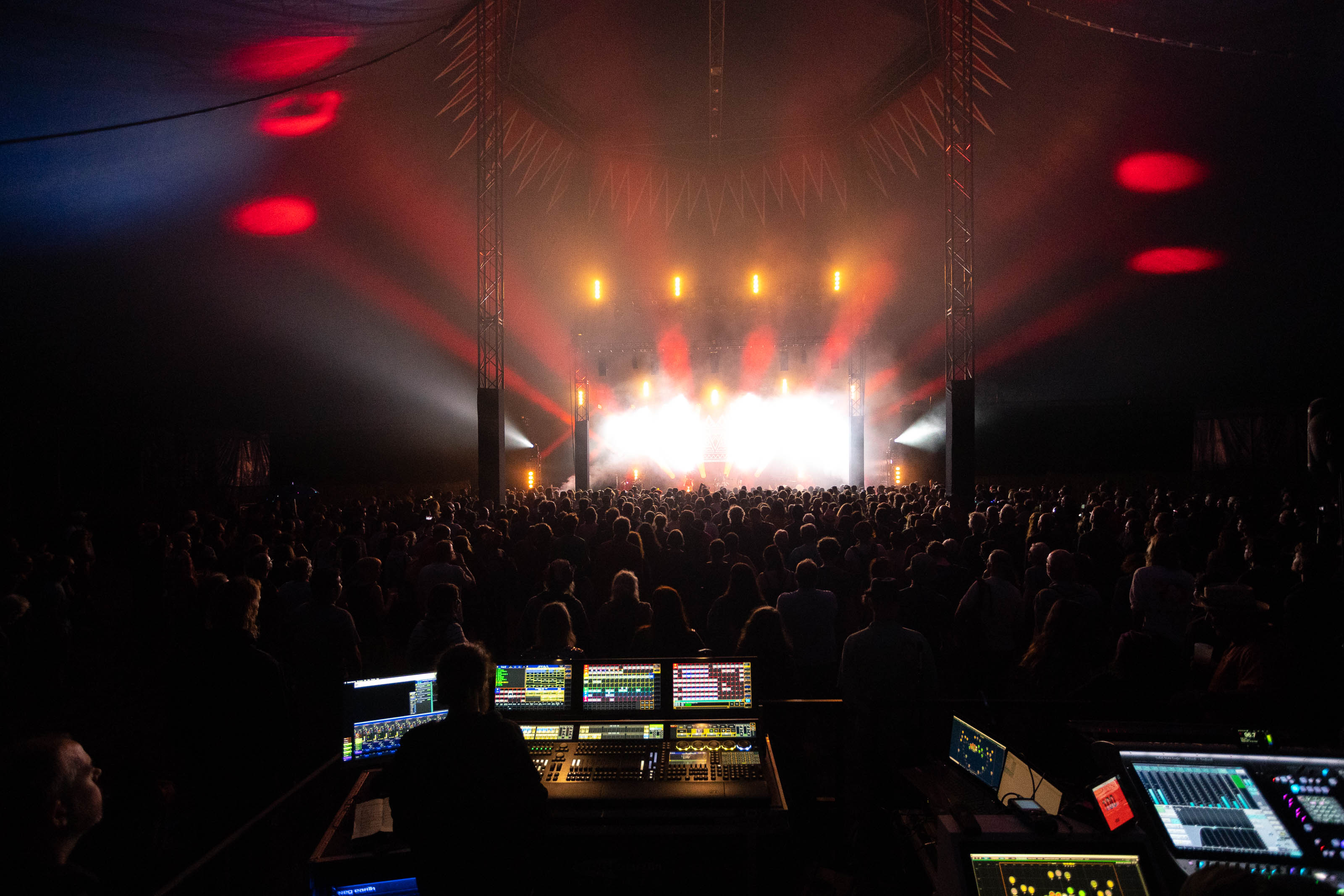 Jacobs goes on to tell me how this year’s WOMAD at Home project first found its feet:

“Basically we came across a government grant that was offering some money to do something innovative in the world of arts. With WOMAD unable to happen, and the links we've got with the record label and the studio, we thought it'd be a really good opportunity for us to bring some artists into the studio as lockdown started to ease.

“We brought eight artists into the studio and recorded them as live. It was different to the hundreds of other live stream concerts in that there was no video, and it was all about creating a 360° listening experience.”

Utilising their strong links with d&b audiotechnik - who have had their own Soundscape stage at WOMAD Festival for the last five years - Real World were able to harness the company’s immersive technology in creating the WOMAD at Home performances.

“Soundscape has two parts to it; one is about being able to localise where the sound comes from on the stage, and the other element is a 360° array, which we tapped into,” Jacobs explains. “We had eight to 10 speakers wrapped around a binaural head in the Wood Room, and were able to use the object based system and really amazing reverbs to localise stuff around the head.”

The aim of the whole project was to make it sound like listeners were actually in the studio with the artists.

“We started with Sarathy Korwar who's a drummer in the UK jazz scene. We set him up with a full band in the Wood Room, and they were really excited to play together for the first time in ages so they just jammed for five or six hours. They’re such amazing musicians that we were able to take sections of that and turn it into a performance.

“Another one of note was 9Bach who are a Welsh alternative folk band. My colleague and friend Ollie Middleton went to Wales and they did a lot of recording in caves, the whole idea being that we could take people to spaces that they couldn't go to, which was just really fun. And obviously we were able to support musicians who didn't have any gigs at that time as well, which was a win-win.”