Sarah Hall, the award-winning author behind such novels as The Electric Michelangelo, How To Paint A Dead Man, The Wolf Border and most recently Burntcoat, has spoken to Headliner about her new BBC Radio 4 show We’re All Living In OK Computer Now, which explores the impact and influence Radiohead’s 1997 classic has had on music, culture and politics 25 years after its release.

Celebrating its 25th anniversary this year, Radiohead’s OK Computer is considered not just one of the greatest British albums of all time, but one of the most influential rock albums ever made, regularly topping or touching the uppermost reaches of such lists the world over. Spawning singles such as Paranoid Android, Karma Policeand No Surprises, the album’s melancholy, at times inscrutable lyrics and dark, experimental, future gazing sonic palette was largely at odds with the ‘60s revivalist concerns of the Britpop movement dominating the nation’s music scene. The rise of Blair and Brown and the New Labour movement at the time also provided a stark social and political backdrop to the current of disquiet and anxiety that flows through its 12 tracks.

Though widely heralded upon release as a great album, OK Computer’s reputation as a bona fide classic has grown, and continues to grow, with every passing year. Its influence – as Hall elaborates – continues to be felt as acutely as ever, not just in music but across all manner of artforms. As she explains, 25 years on, it remains beguiling and intriguing as ever, free of the haze of mid-‘90s nostalgia that has been prone to permeate certain aspects of the time.

Here, Hall opens up on her new Radio 4 show, what OK Computer means to her and how it has inspired her own writing…

What can listeners expect from We’re All living In OK Computer Now?

It’s the 25th anniversary of the album, so it seemed like the right time to revisit the album, see who it influenced - the contributors on the show range from writers, musicians and politicians - how it influenced, how broad that influence was and to just think about what it was about the album that was prescient and hit a note. Or perhaps an off note, because it did go against the grain in a number of different.

When did you first hear OK Computer? Were you already a fan of Radiohead?

It got me in my early 20s and I’d just finished my postgraduate studies at St Andrews in Scotland. I was a fan. I loved The Bends, but I wasn’t such a fan that I was waiting to rush out and buy the next album straight away. It was released and then found me a little bit later on. And it just sunk really deeply. Some of the experiences I went through during that period – the first time I visited New York I was listening to the album. And the political climate of the time… everything seemed to come together, and it really affected me, musically, lyrically. I was beginning to really take my own writing seriously, so I was hoovering up artistic influences and this music went into the making of me. 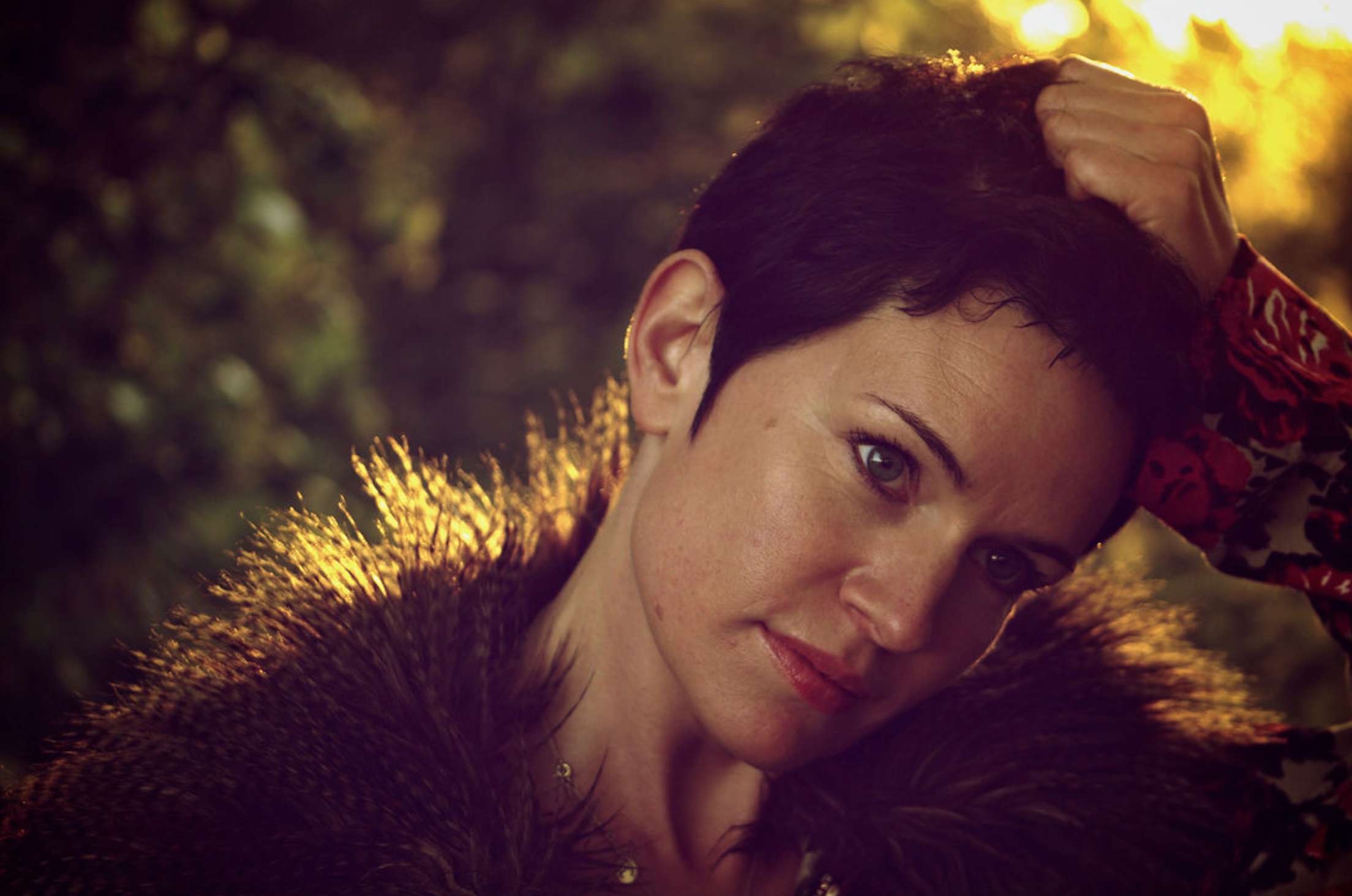 It isn't nostalgic for me. It's like a soundtrack of the current. Sarah Hall

Did the political climate at the time with the rise of New Labour, and Britpop being in its pomp, make OK Computer even more of an outlier when it was released?

Yes, I really think it did. The Britpop scene was fully swinging and Radiohead were not that, they never were. And this album defined them as being something more original and intelligent, layered and experimental. There was an intelligence and an ambiguity about what they were doing. There is so much in there. But for me as a writer I really picked up on the lyrics. They are so strange, you can’t fully interpret them a lot of the time, but it was really picking up not exactly on anxieties, but interesting things about that era – the fact we were starting to rely on technology in a certain way and where humans fit into the scheme of things. You can see that the album is not just reflecting what’s going on, it’s questioning it as well. That’s the next level for musicians, to create something which understands the moment, but is also taking a few steps away and saying let’s have a look around the edges of this situation?

Did you connect with the album immediately or was it something that sunk in gradually?

Like any album, there are usually a couple of tracks that do it straight away and for me it was Let Down and No Surprises, and those two have really stuck with me. As I listened again and again, the rest of the tracks started to stick with me as well. I’ve likened them to short stories - it’s really disquieting and then something at the end leaves you incredibly haunted. Things like Paranoid Android aren’t the first call songs for me, but they are the ones that have probably left more questions in my mind about what they are trying to do and say. Whenever you revisit it there is always something new.

It's status as a great album has always been there, but if anything, it seems to keep growing, rather than diminish. Why do you think that is?

I wasn’t aware at the time of how vital it was going to be. It’s just really immersive. When I hear it now, it doesn’t have a sense of nostalgia for me. Even though it was very important to me in my early 20s and while I was going though these huge experiences, I don’t recall those times when I’m listening to it. I can remember getting tattooed to it in the East Village of New York, but because the music is so immersive it’s almost like a soundtrack of the current. It can still feel like the first time of hearing it. I come back to the lyrics, because when you look at them you have a set of almost prose poems or short stories on existentialism. Who are we? What are we comprised of? Who are we morally? When do we become technology? When does technology become us? When are we manipulated by politics? What is love? It’s really smart and it really holds up. That is what makes this album so unique.

Has it influenced your work as an author in any way?

Definitely. Both Lauren Beukes and I talk about this on the programme. It’s very hard to say exactly what an artistic influence is, you just know that the sensuality or sensibility of something has affected you and the things you want to go on to make. If you come through a culture where you are listening to particular things and thinking about particular things, it begins a conversation, and you pick up on those interests or preoccupations and go on to develop ideas.

Some writers, if they’re in a mode and listening to a particular track or album again and again, they will keep coming back to those to get into that mode. It’s a hugely important thing. Lots of writers get asked who their favourite writers and poets are, but the reality is that other artistic parts of your life are just as influential, if not more so, than other writers.

Has music always been a passion of yours?

It definitely has. It’s so transporting, and that’s what you’re trying to do as a writer, you’re trying to transport the reader into a world you’ve created. And music does that almost in a shorthand way. You can close your eyes, listen to a piece of Romanian folk music and imagine you’re somewhere completely different. You’re immersed culturally, you can almost visualise a place based on a piece of music. With OK Computer, you close your eyes and listen to it and it’s like a city of music. Some of those songs are structural, and you can almost see the structure of those songs. You can absorb art and culture in a way that isn’t necessarily direct, and that indirect influence is an important thing for a writer to have.

We’re All Living In OK Computer Now is part of Radio 4’s season exploring the impact of the 1990s. It will broadcast on Radio 4 on Saturday 7 May at 8pm and will be available on BBC Sounds.

6 Music will also celebrate 25 years since the first release of Radiohead’s OK Computer on Friday 20th May. All music played on 6 Music between 5am-7pm that day will be from 1997 - the year OK Computer was released - and all tracks from the album, introduced by special guests, will be played out on air between 7.30am-7pm. Listeners can hear the album in full, plus the reflections of these special guests, in 6 Music’s Deep Dive into OK Computer, which will be available on BBC Sounds from Thursday 19th May.