How many women did you see at your last recording session? Not as a secretary, manager, singer, or someone’s girlfriend, but as a recording or assistant engineer, a producer or a studio runner? Chances are, not many. Enter She Knows Tech, which is working to change that.

Each year after the Grammy Awards, the USC Annenberg Institute releases a study on the representation of gender and race across the music industry. This year’s study was released in January 2021, and looked at 800 popular songs from 2012 to 2019.

According to Jasmine Kok, founder and CEO of She Knows Tech, women are simply not included, celebrated, or represented enough – but she and a team of like minded women are working hard to change that.

Kok is a producer, songwriter, topliner and educator based in Valencia, Spain, and leads the event planning and public outreach for She Knows Tech, which aims to channel waves of trained women into technical roles in the music industry and dispel the notion that there are not enough female professionals in music production and technology.

The dream is simple: to work in a music industry that is flooded with female-identifying producers, engineers and tech performers, to provide a platform for women to give and receive training in music technology, and to create a safe space for open discussion in closing the industry's gender gap.

She Knows Tech began as an all-women student collective at Berklee College of Music’s Valencia campus in 2017, motivated by the lack of women faculty members in the music production department.

“It got me thinking, ‘are women just not cut out for tech? Are we just better off writing, composing and performing, and leaving production to someone else?’ I just couldn't shake that question off,” says Kok.

“Why are there so few women doing this? A lot of people were like, ‘maybe women are just not interested’, and initially, that's what I thought too. But the more we got into She Knows Tech activities, the more it showed us otherwise.”

Lisa Murray then joined She Knows Tech – she oversees all of the social media channels as well as working on overall operations for the team.

Murray is an artist, music producer, audio engineer and multi-faceted creator from Ireland, and reveals that although she has not experienced any negative experiences since becoming a producer, she has found that she has had to make the most of all learning opportunities while working in live events, in particular. 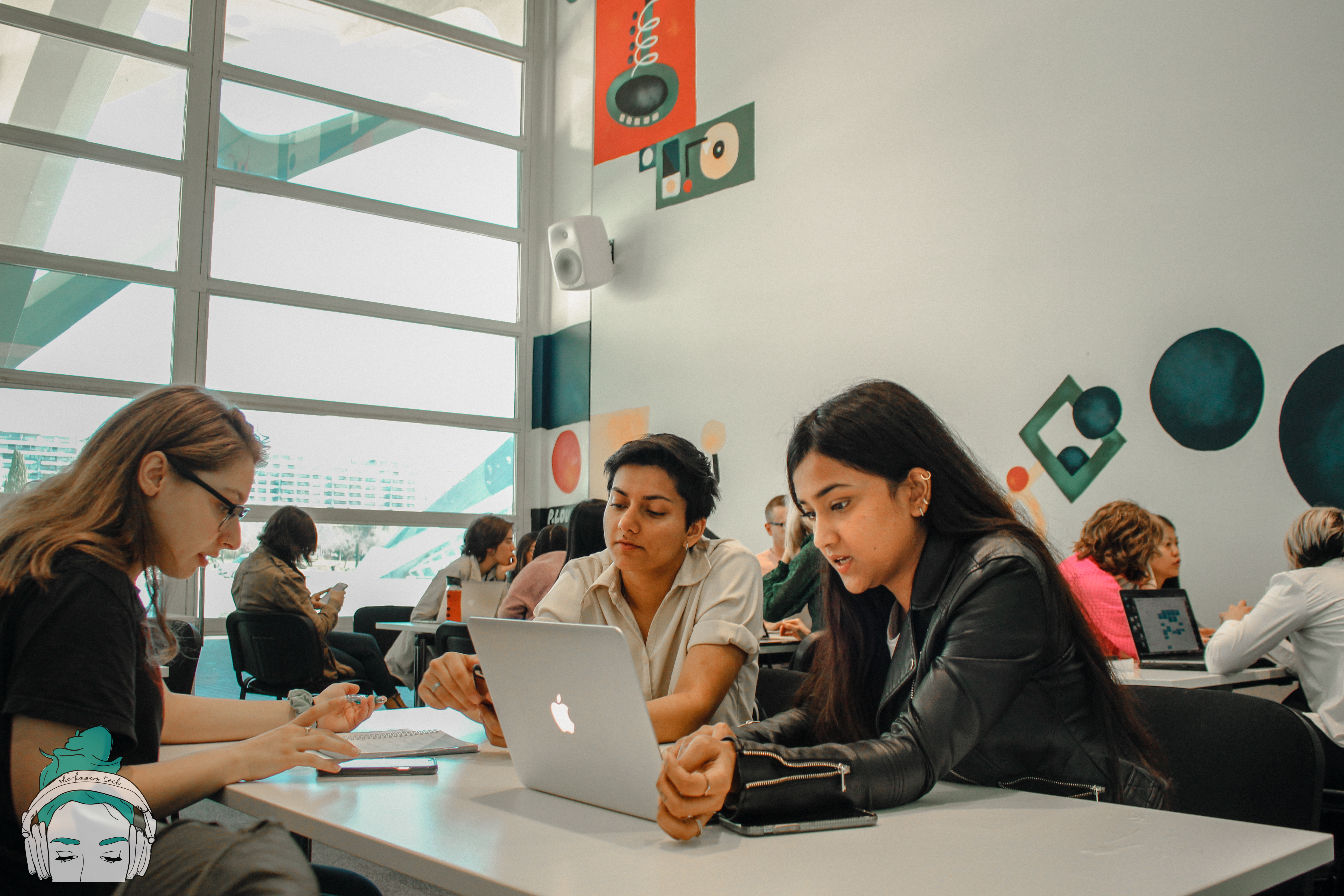 I don't think you need to hate men, or to hate non female-identifying people if you're a feminist – I think it's the opposite. Jasmine Kok

“I was trying to mess around with a mixing console, and I ended up learning on the sly,” she admits. “Whenever the guys would go out to get a pint or have a smoke, I would jump on and say, ‘I wonder if I can make this sound a little bit better?’ – because I always had quite a good ear for mixes.

“I think one of the prevailing things, especially in the studio world, is that if you’re a woman you don't automatically become a part of the community when you're working with all men, and you feel like people are always watching their tone, or they won't let loose or share open opinions. Sometimes you walk into a room and things just get a little bit quieter than they were before you walked in, and those little things can really add up in your brain.

“What She Knows Tech does is showcase the people who have said, ‘well, I'm just gonna learn this and I'm going to be great at it’, so that more reserved or less confident women can then be like, ‘well, if they could do it, maybe I could do it as well’.”

She Knows Tech runs a series of workshops, masterclasses, tech training programmes, mentorship opportunities, and recently held a She Knows Tech summit with the theme, ‘It’s Time’ – an event curated for a new generation of multifaceted producers, artists, songwriters and music professionals.

“We also provide a space for female creatives to make mistakes, because the production industry started out with all men, and then they had many years to perfect to where they are today,” points out Kok.

“Women need to be given the same opportunity to make mistakes and learn from them. But I also think that women are now thinking, ‘with or without your approval, we're doing this’, you know? We're like, ‘you're not giving us jobs; we're gonna create jobs for ourselves. You're not hiring women; we'll hire ourselves’.” 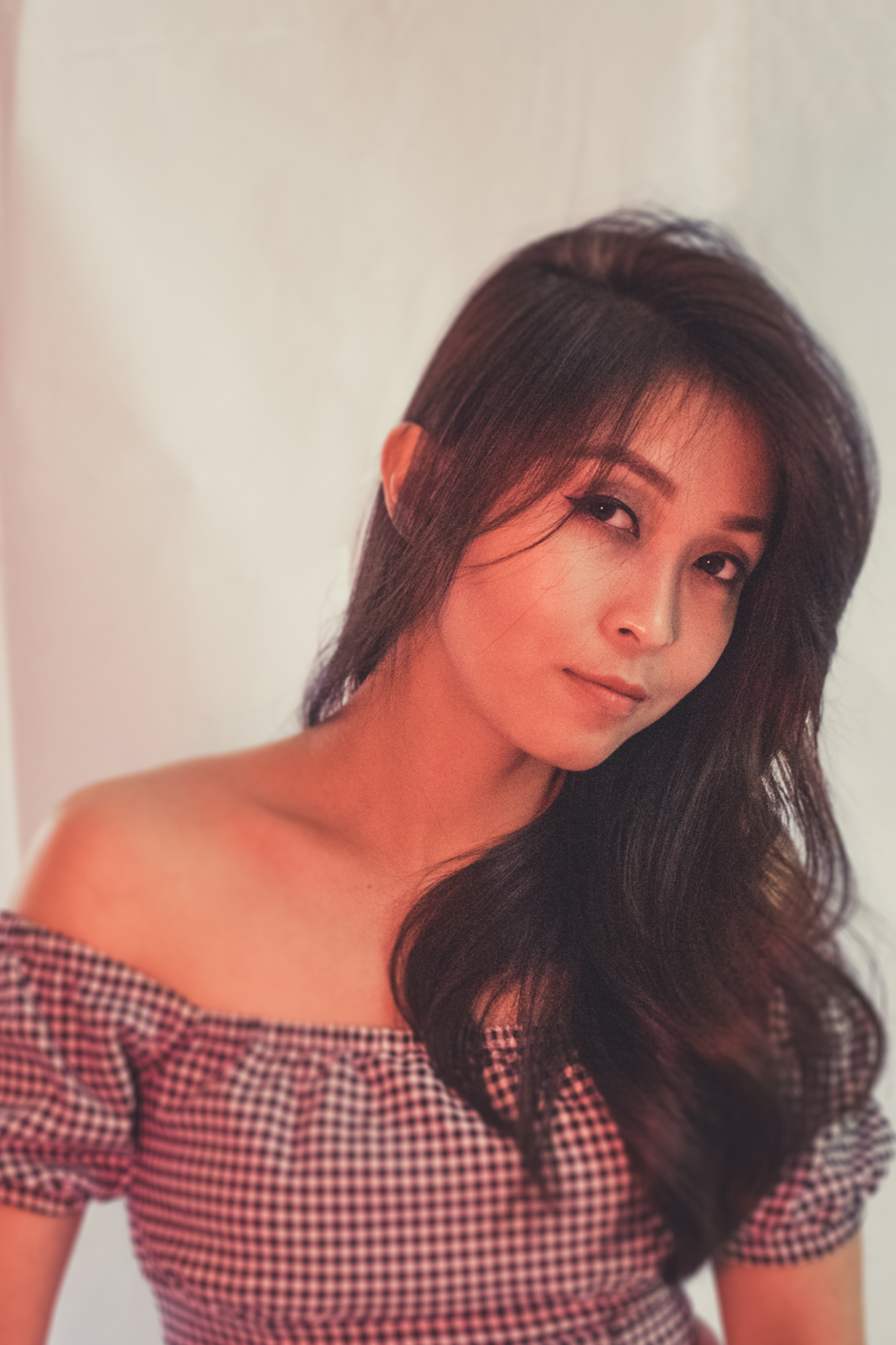 “I think the biggest challenge is to feel like it's a space and it's a possible career for us, or a space that we're welcome into,” answers Kok after considering the question carefully.

“It's very important for educational institutions to actively curate the balance of classroom representation. For me, the lack of representation itself is a big challenge. And also, we're perfectionists, so we'll try to minimise the chances of making mistakes in public, especially if you're in a very masculine environment where you're a minority.”

“To go off that perfectionism point, for a lot of female creators, when they decide to undertake something, they want to make sure that they have a brilliant product at the end of it, but with production, it takes an awful long time to become good,” offers Murray.

Genelec is a proud official partner of She Knows Tech, and has been working with the organisation to champion women working in tech.

“Our summit is precisely the kind of event that Genelec wants to support: highlighting and celebrating female creatives like producers or engineers,” Kok explains.

“They really understand how underrepresented and how under-celebrated women are as producers and as engineers. Even though both Lisa and I are producers ourselves and we graduated with a master's degree from Berklee College, a lot of times when you mention, ‘I'm working with a producer’, very naturally, people would assume that it's a male, and go, ‘who is he?’ So we definitely want to normalize the fact that a producer is not just a term to describe a masculine profession.”