In US hit show The Americans, two Russian spies pose as Americans during the Cold War while residing in Washington D.C. in order to spy on the US government. After working on Gossip Girl for years, sound mixer Paul Pouthier was more than ready to take on this new project.

“I was coming off six years of Gossip Girl and any dialogue that didn’t involve privileged Upper East Siders was very welcomed!” he admits.

“Seriously, I was blessed to get The Americans, thanks to the late Allan Byer and UPM Steve Rose. The immediate yes came out of the desire to be in the mix position full time, but I was very pleased to learn it would be a show not only about spy action, but about family as well.”

Music has always been in Pouthier’s bones, from listening to his mother’s record collection at eight years old, to teaching himself guitar at 50. Audio engineering was a natural path for him to follow, which eventually led to sound mixer credits including Suits, New Amsterdam and Orange Is the New Black. 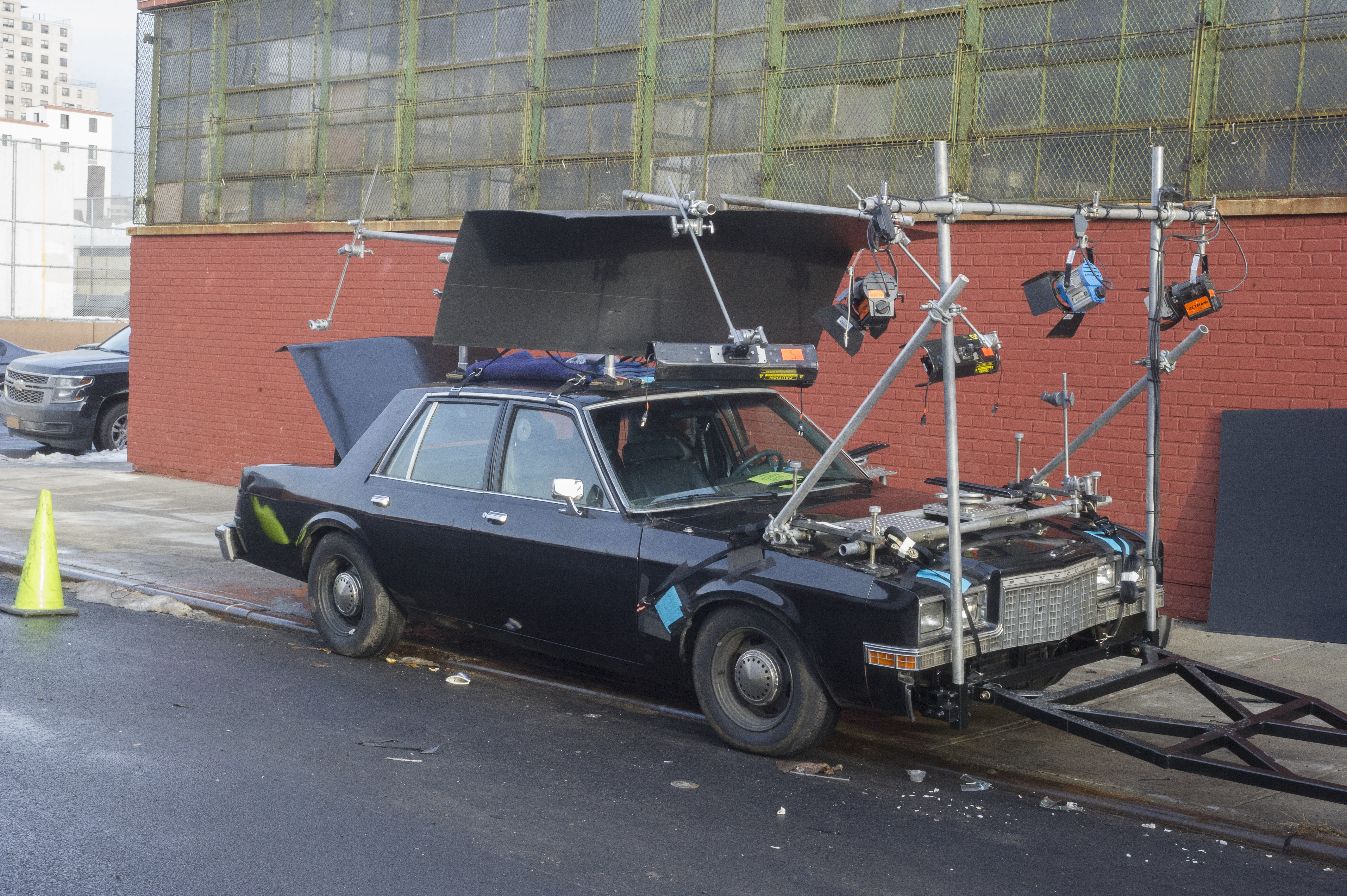 “After experiencing Lectrosonics for myself, I knew I would never go back to anything else,” he states. “On set, the range issue is paramount, and I learned how much stronger Lectrosonics were in that area than the set-up from another manufacturer I was using for one of my first indie projects. My rig was struggling – not being diverse – and the camera op had a Lectro set-up he sometimes used that he let me borrow.

"I set my lead actor up on that and breathed a sigh of relief, confident that I wasn’t going to lose signal on the meat of the dialogue. Upon entering the big leagues it seemed everyone was using Lectrosonics. My mentor, Allan Byer used them exclusively after Micron stopped developing their tiny TX option.”

Pouthier credits one particular day on location with this wireless epiphany:

“We were doing a night shoot in Brooklyn,” he recalls. “We had finished the major dialogue scene and were about to film a stunt. It was late and I was starving. Down the block, I see a pizza place that’s open. I asked my boom operator how much time we had. He said, ‘I think you have time. Where are you going to leave the bag in case we start rolling?’ I said, ‘I’m taking it with me. I’ll turn around if you tell me to or if I hear any dropouts’.” 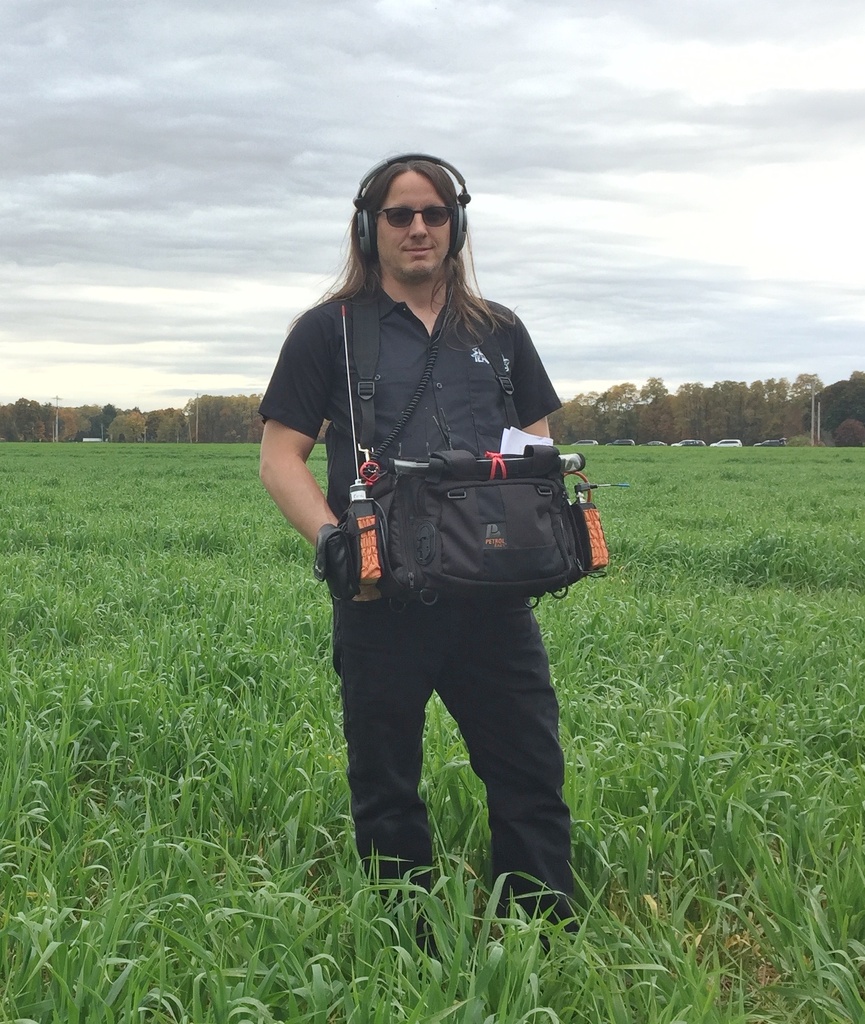 After experiencing Lectrosonics for myself, I knew I would never go back to anything else.

While Pouthier expected to return with time to spare, that turned out not to be the case:

“Sure enough, I’m standing in line for pizza with my headphones on and they start getting ready for the shot right away. My boom guy asks where I am and I said, ‘Um, the pizza shop down the street’. He says, ‘Okay, you sound solid, so I hope you’re receiving just fine’, and I reply that I am. I hit the record button on the Sound Devices 633 just as it’s my turn to order. The pizza guy sees all the gear and asks, ‘What the heck are you doing?’ I said, ‘I’m mixing a TV show, like, right now!’

“The sound for the take got recorded with no problems whatsoever and I got my pizza. Plus, this was all just on the little whip antennas! I have the ALP650 and SNA600a on my main cart now, but again, this was just using the bag rig.”

Lectrosonics’ simplicity of setup was a key player in many in-car dialogue scenes.

“In vehicles, the director was fond of French overs,” Pouthier explains. “Those are shots where you’re looking from the back seat at two people talking in the front, and there’s no typical profile or straight-on stuff. Most of the time, I just had to drop the bag in the car and hope for the best.

"The cars from the early ’80s had a lot less soundproofing, so planting a couple of Sanken CUB mics in the headliner through SM-series transmitters always got the perfect ambience. I had this one scene with three actors – Keri, Matt, and Margo Martindale – and the result sounded like you were sitting in the car with them.”

When watching the finished episodes, these are the scenes that make Pouthier the most proud:

“The driving/sitting in a car talking scenes are my favourite. Those older cars are more lively, acoustically, and I was able to use plant mics with great success capturing those scenes. It sounds like you’re in the car, not listening to a wired actor.”

“I had (and still have) three of the original Dual SR receivers in my bag rig,” he continues. “I used the bag rig A LOT on The Americans and those Dual SRs proved invaluable through and through. Car-to-car transmission was solid, as we did free-drive (no process trailer) for most of our driving scenes. And I was only using a whip antenna on the receivers! That’s impressive to me.”