Dave Way On Dolby Atmos Music: "like anything worth doing, it is highly rewarding"

Grammy-winning producer and engineer Dave Way was a little skeptical when he first heard about Dolby Atmos. It took Elton John to change his mind.

While at the 2019 NAMM Show in Anaheim, Way ventured by the PMC booth and heard a Dolby Atmos demo of the 1972 classic, Rocket Man, and was forever changed.

“I said, ‘wow, this is different’. It really gave me chills!” he recalls. “I knew this was a trip I needed to be on, and my mind started racing with possibilities for employing Atmos on different projects. I was with Michael Marquart of A Bad Think at the time, and we agreed that when we work on his next album, which ended up being the recent release LifeLike, we would create it from the very start with the knowledge that it would be mixed in Atmos.”

Way’s resume to date is impressive to say the least – he’s worked with everyone from Christina Aguilera to Paul McCartney, but it’s only in recent years that he made the switch over to immersive mixing.

His efforts have been well received: his most recent Grammy nomination was for Best Immersive Audio Album for his work as immersive audio co-producer on the 2019 album The Savior by A Bad Think.

Like many working in the world of immersive audio, Way’s attention inevitably turned to the Dolby Atmos format, and in 2020 he made the leap and upgraded his personal facility, Waystation Studio, to be able to mix in Atmos.

Since last year, he has been settling in with the new setup, mixing several projects and even recording an entire album specifically to be mixed in Atmos – helped in no small part by his arsenal of interfaces and a Focusrite Pro RedNet R1 controller. 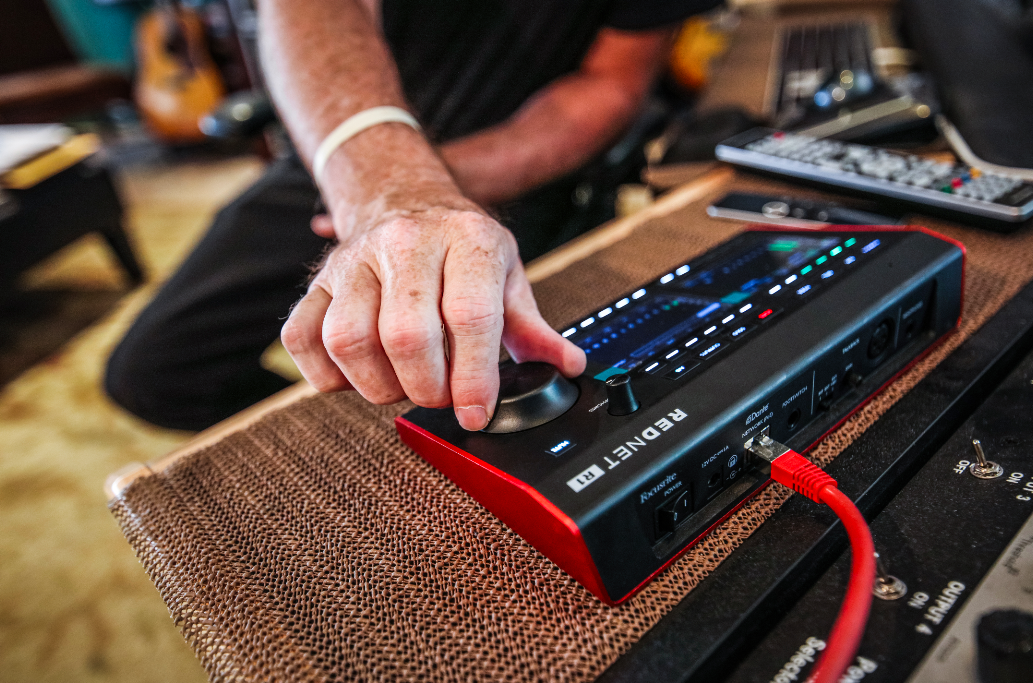 Creating a record for Atmos is an intensive undertaking with a lot of prep, but like anything worth doing, it is highly rewarding

His first Atmos recording and mixing project was an album of traditional Hawaiian music for a label in China.

“This was before I got my own Atmos setup at home,” he points out. “I sought out advice from my friend Steve Genewick, who has a lot of experience with the format. He really helped guide me and shaped my approach to Atmos, showing me the holes in the road to avoid, so to speak.

“So for this Hawaiian group, we set up the players and had everyone play live in a circle with no headphones, like a jazz combo. I had a great time experimenting with different room mics. It was a great first project for me with Atmos, because the music was so straightforward. It was a matter of taking a stereo mix and expanding it out into this kind of circle that I had recorded it in, and it worked great.”

Way’s new 7.1.4 Atmos monitoring setup at Waystation includes seven KRK V8 speakers for the L-C-R and around the sides, along with two KRK subwoofers, in addition to four KRK V6s as the height speakers. An Avid S4 serves as his mixing console, and a Marantz Dolby decoder receiver allows him to stream Atmos releases from Tidal. 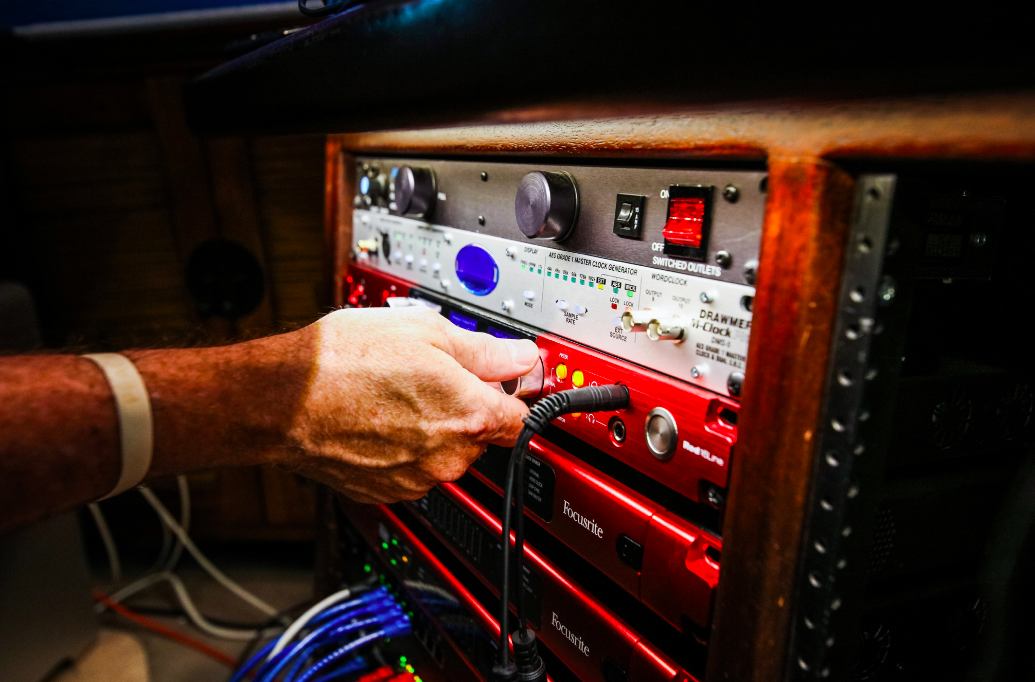 “The fact that it’s got two headphone outputs is key for me,” he notes on the Red 16Line. “They each have separate input capabilities, so I can have one headphone output with my stereo downmix from Atmos, and then I can have the other one with the binaural fold-down of Atmos – so I can basically check them both at the same time, which is great.”

Way notes that the setup process was rigorous, but that he’s got everything just as he likes it now:

“I’ve got things dialed in, like set-it-and-forget-it,” he nods. “Things are perfectly calibrated and it’s all there at the click of a switch thanks to these interfaces. The R1 is great for monitoring multiple sources, so I’ve got my stereo world, my Atmos world, my Tidal playback and my computer audio playback, all at the switch of a button. And I have my trusty ISA 428, which I love, and which pre-dates the Atmos system.

“Getting familiarised with the Dante network format a few years ago, of course the Focusrite Red and RedNet interfaces were part of that conversation, and it all made a lot of sense to me. And of course, the sound quality is always on-point, which is the most important thing.”

With his new Atmos setup, Way shares that he is able to devote extra time and energy to his mixes, and he feels fortunate to work on music across a wide range of styles and genres.

“After the Hawaiian record, we jumped into the making of the new A Bad Think album, which is very different because it’s a highly layered and overdubbed sound with lots of ear candy, so my two first Atmos projects represent opposite extremes for me.

"Additionally, Atmos has been my mixing format for an R&B artist named Victoria Monet and a hip-hop artist named Starrah. And recently I completed an Atmos mix for one of the most anticipated annual sporting events in the world: the UEFA Champions League Final opening ceremony, which featured Marshmello and appearances by Selena Gomez, Khalid and others.

"Additionally, I’ll soon be using the format to mix a new folk record from X frontman John Doe that I recorded recently. And I just mixed a Maroon 5 single in Atmos too.

"Being able to work with this really broad palette is a blessing, and it’s something that I can apply to any genre or project that comes along. I’m getting to try all sorts of different approaches, which I love.” 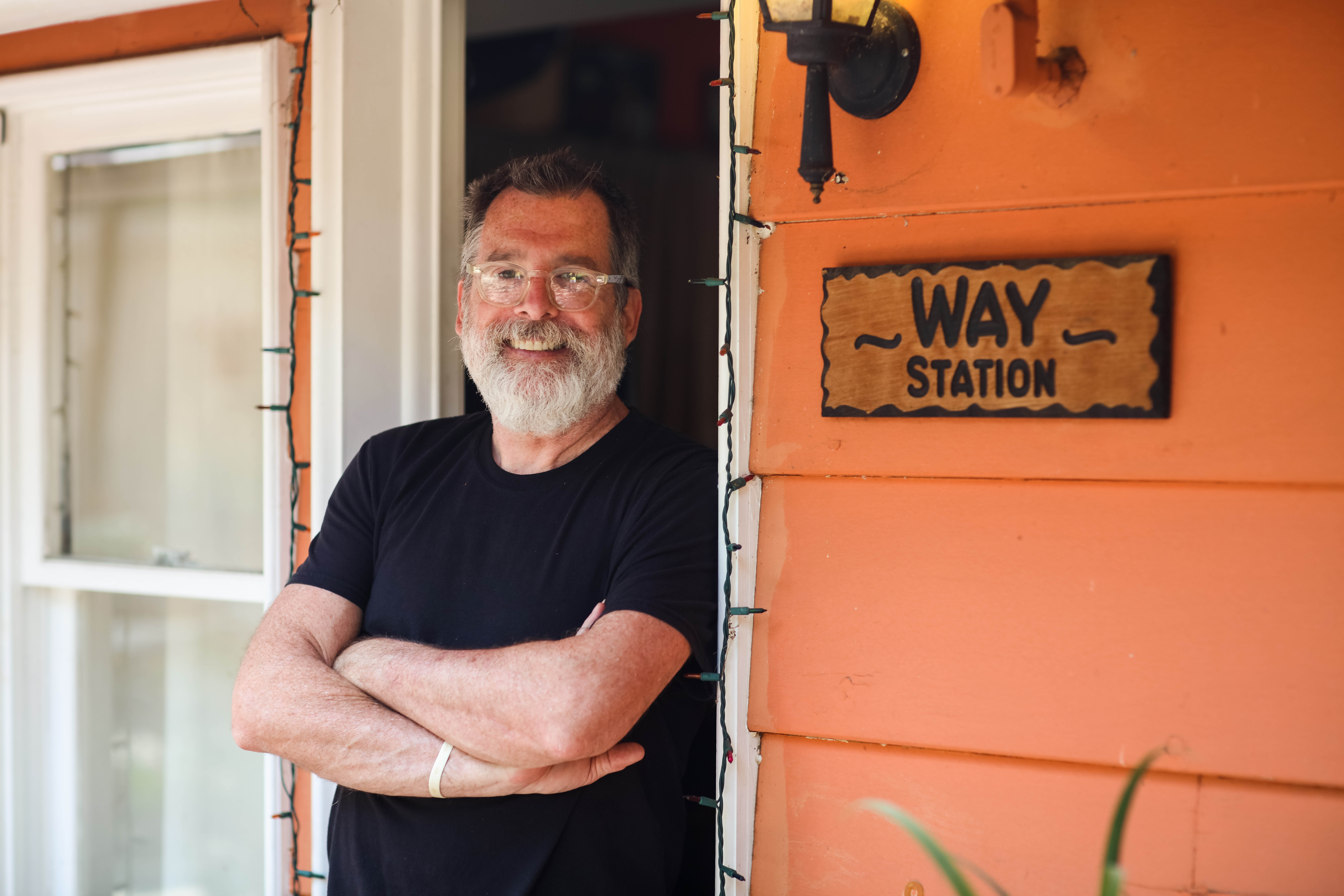 As the music for A Bad Think’s LifeLike took shape, Way and Marquart used the opportunity to prepare for the Atmos mixing process by relying heavily on the use of room mics.

“Definitely more room mics than I would have used if we didn’t have Atmos in mind already,” he stresses. “In particular, we used the Neumann KU 100 Dummy Head microphone and the Sennheiser AMBEO VR 3D microphone, which are both great tools for capturing immersive audio.

"Getting the result you want is a matter of placing these mics in multiple spots in the room to give you a broader sense of room miking. And I’ve found myself thinking about the mix decisions in terms of placement during tracking, which is earlier in the process than I would normally consider those aspects of the mix. Creating a record for Atmos is an intensive undertaking with a lot of prep, but like anything worth doing, it is highly rewarding.”

Reflecting back on his decision to transition to Atmos at Waystation Studio, Way says that it has been worth the transition:

“The Atmos setup is definitely complicated and complex,” he acknowledges.

“And it took me a while to understand how everything is being routed and where everything needs to change. It can get pretty, pretty deep. But now that I’ve got the understanding and it’s all set up and bulletproof, it’s super quick and easy, and I credit a good portion of that to Focusrite.” 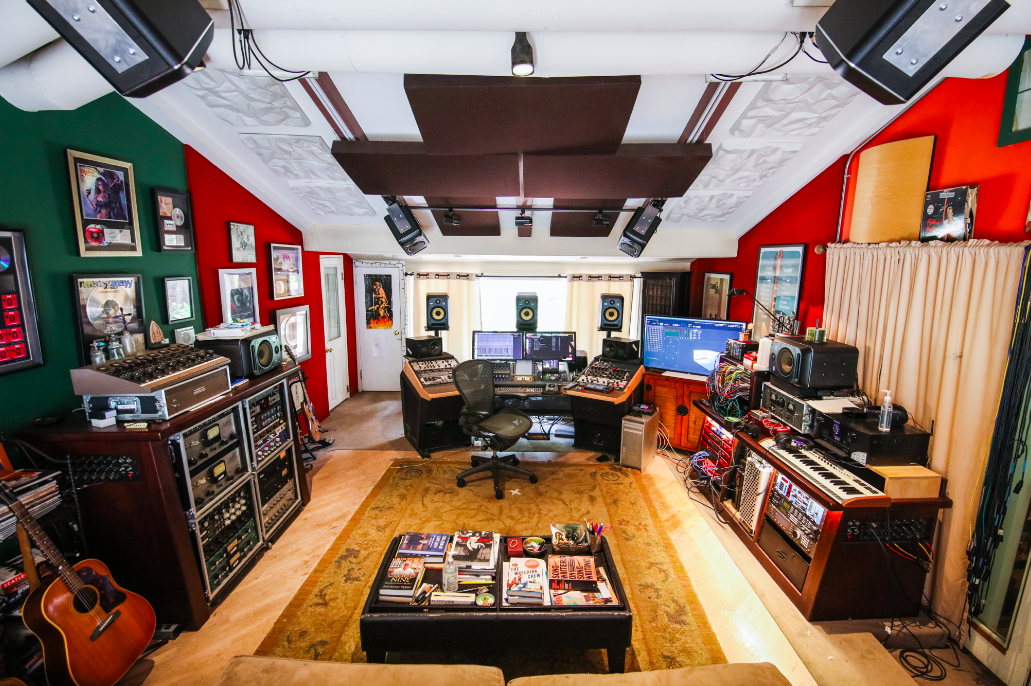