Disc To Disc Productions has unveiled the first Dolby Atmos mixing suite in Milan, which is also the first in Italy to feature JBL Professional 7 Series master reference monitors.

Disc To Disc is an audio post-production company that offers recording, editing and mixing services for original television series, cinema, adverts and cartoons.

In addition to its audio post-production for the screen, Disc To Disc also converts music producers’ stereo mixes to Dolby Atmos surround mixes for artists in the Italian music industry.

While there are numerous media production companies and professionals living and working in Milan, the vast majority of Italy’s audio post-production facilities are located in Rome.

Studio owner and audio engineer Antonio D'Ambrosio's vision for Disc To Disc was to open the first Dolby Atmos-equipped audio post-production mixing studio in the city to bring the cinema audio industry to Milan.

“There are many broadcast and streaming companies with headquarters in Milan, but until now they’ve had to work with studios in Rome to mix their production audio,” said D’Ambrosio.

“It was a dream for us to create the first Dolby Atmos mixing room inside the city of Milan. In the past two years, we’ve done some original series for Disney Plus, Amazon Prime Video and RAI – the historic national broadcast company of Italy.

The challenge has been to convince the major players that they don’t have to go to Rome to mix their audio.

“The challenge has been to convince the major players that they don’t have to go to Rome to mix their audio. I rely on the JBL 7 Series monitors to deliver the quality results our clients expect. JBL 7 Series allows me to hear how my spatial audio mixes are going to translate to any environment, from home entertainment to cinema and Dolby Atmos music. I trust these monitors.”

The left, centre and right channels are delivered by JBL 708i eight-inch speakers, while 705i five-inch speakers provide all surround and overhead channels.

The LFE channel is handled by a single 4645C 18-inch subwoofer, which features a low-frequency transducer mounted in a direct radiator, bass-reflex enclosure. 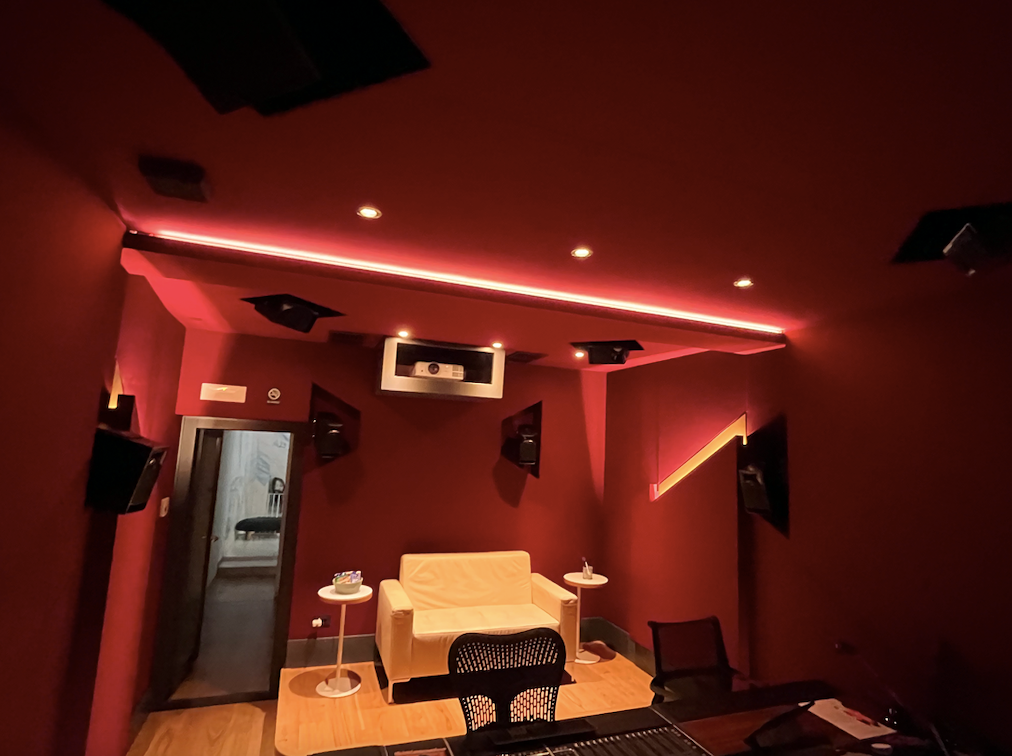 “The JBL 7 Series is the only speaker that is eclectic and versatile enough for mixing both cinema and music,” said D’Ambrosio.

“In my normal work day, I switch between projects that require different room equalisations no less than three times over the span of eight hours. Over the course of the day, the JBL 7 Series speakers shine in their precision, versatility and reliability. We don’t often work at high volumes, but even when we push up the levels for the final loudness check, the speakers don’t break down – they sound fantastic at any volume level.”

Because the left, centre and right channels are located behind a projection screen in Disc To Disc’s main mixing suite, D’Ambrosio chose to utilise the passive versions of the 7 Series monitors for the entire system and power them with Crown DriveCore Install Series amplifiers.

In the near future, Disc To Disc plans to open a second Dolby Atmos-certified mixing suite with JBL 7 Series speakers. The second room will feature a video monitor instead of a projection screen. For this reason, D’Ambrosio plans to utilise the self-powered JBL 708P and 705P monitors instead of the passive 708i and 705i models.

“The JBL 7 Series speakers, in my opinion, are the only speakers that work great behind a projection screen,” explained D’Ambrosio.

“These speakers work best behind the screen when powered with Crown amplifiers. The DCi Series amplifiers are fantastic, because the electricity is of such a high quality. The response from our clients has been very positive.

“Amazon Prime Video loves that we finally have a Dolby Atmos-certified mixing room for original series and film projects. We plan to build a second Dolby Atmos room with JBL 7 Series self-powered speakers, because the monitors won’t be located behind a projection screen.”