With the Euroleague basketball finals set to be played in an empty Lanxess Arena in Cologne, Filmmaster Events recently reached out to creative studio Ombra to help create an unforgettable pre-game countdown.

The team relied on the disguise Augmented Reality (AR) workflow powered by three gx 2c media servers to liven up the event and deliver a sense of excitement in the immediate build-up to the game.

The goal of the project was to build an AR show that captured various elements of basketball and Euroleague culture, represented in each stage of a 10-part countdown before the game.

The original plan didn’t call for a lot of complex visuals, yet the two companies soon realised that through disguise’s AR workflow they would be able to create something technically ambitious and spectacular to watch.

Having mapped and calibrated the venue and its seven LED screens thoroughly within the disguise software, the team were able to plan the show and pre-visualise every element along the way in four days.

“I haven’t seen a show with such a big variety of assets that work so seamlessly for everyone,” said the 3D designer for the show, Lorenzo De Pascalis.
Though most media servers are only capable of running a single camera, the high specifications of the disguise gx 2c servers made the team decide to run two cameras off each server - giving the production increased flexibility.

“There are other systems that can run AR content,” added the show’s disguise programmer Nicholas di Fonzo, “but the difference is that they are not made to do live shows. disguise was built for live shows and has long been used alongside Notch for visual graphics.” 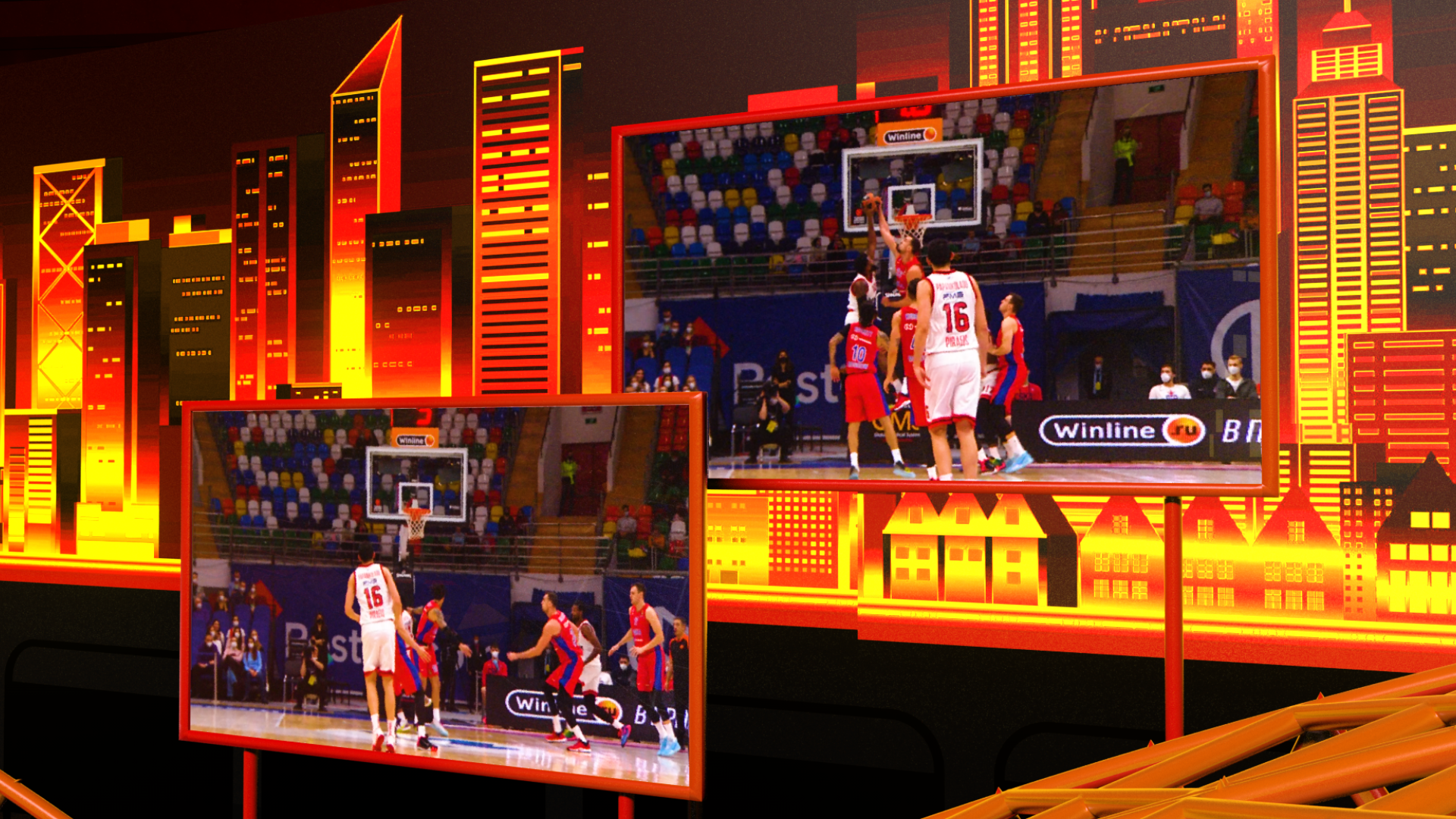 As a result, programming the event came naturally. Using disguise’s Sockpuppet feature, di Fonzo was able to connect to a grandMA2 lighting desk and control all the show cues and video sequences from within the software.

The Euroleague Final Four segment showcased how using AR content can turn an empty arena into, according to Filmmaster’s creative director, Adriano Martella, “a host of amazing, different, immersive ambiences as the shows unfolded, compensating the lack of a live audience with bold, surprising motion effects set to provoke emotions and to connect with the fans”.

disguise solutions also gave the team the flexibility and creative freedom to deliver their vision.

“The flexibility of this mixed reality solution allowed us to adjust the scenes to the venue’s actual geometry and to the lighting features while working within the very limited rehearsal time that we had. At the same time it made it possible to adapt teams-specific content on the fly as each of the live semi-finals on the day determined the contestants for the championship game,” Martella added.