DPA Microphones’ 4055 takes the traditional concept of a kick drum mic and turns it on its head. The company says the model – which was unveiled at this year’s NAMM Show – ‘puts you in charge of the sound’, so Headliner just had to test it out on a recent live festival gig to show who’s boss…

I was recently looking after FOH duties on Stage 3 at Bingley Weekender, so when UPS delivered the DPA 4055 for me to try – courtesy of Sound Network – I was all ears.

I’ve gone through various combinations of kick drum mics over the years, but straightforward quality of sound and the least amount of phase issues has always steered me in the direction of a single mic. Even when I’m making provision for guest engineers, I’m always keen to listen and learn. So, as the majority of bands were engineer-less on this occasion, it gave me the perfect opportunity to try this mic in combination – inside and out – as well as on its own.

The first thing I noticed about the 4055 is its asymmetric shape, which means that the mic clip stays behind the body of the microphone rather than falling outside its circumference.

As a result, the 4055 will fit through a sound hole of less than 3” or 8cm. And while this mic clearly has a substantial windshield arrangement too, it’s not big, and is also not particularly heavy. In fact, I found it easily went through an aperture that you might struggle to get a boundary style mic through, and this flexibility presents you with multiple placement and miking options. 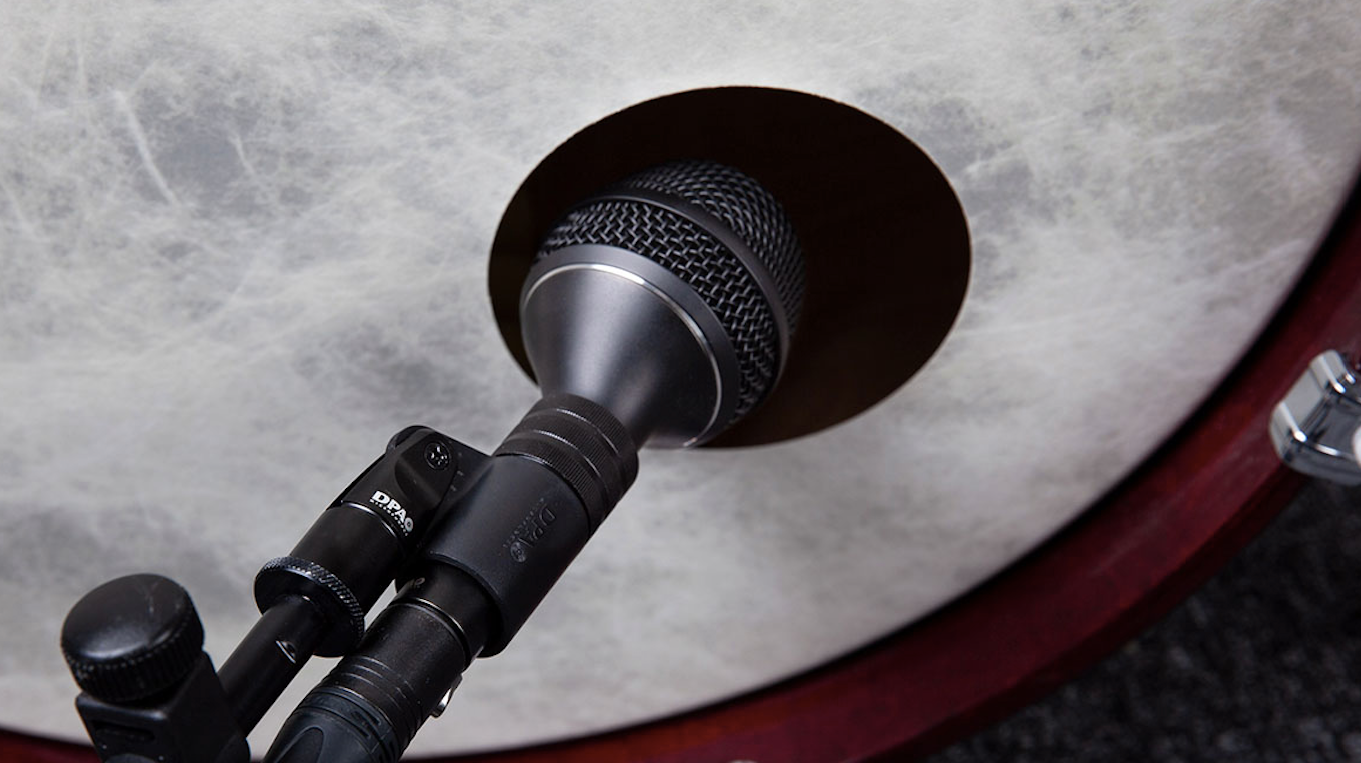 The 4055 gives you a more accurate linear response with which to paint your own sonic picture.

Being the house engineer on Stage 3 at Bingley meant there were very few travelling engineers, so I had the option to use and try what I wanted. I love my DPA 4099s and use them all the time on toms and bottom snare, and if, like on this occasion, we have cymbals being changed for each act on a small tight stage, I can also under-mic each cymbal and the hats.

You may wonder why I would use such a quality, pricey mic on a festival stage that is hosting up-and-coming bands. Simple: they are easy to fit, small and discreet enough that they are rarely, if ever, hit. More importantly, their off-axis sound is so consistent and they present the least amount of phasing issues – needing no more than a high pass tweak – and because of their hypercardioid pattern, rarely need gating. All this means they’re quick and easy to get a workable, consistent sound from the first beat.

With my options open, it gave me a chance to employ the 4055 from the get-go at the sound hole, and get the monitor engineer’s opinion as we progressively moved it inside the kick, as well as focusing it in the direction of the beater.

What struck me the most was how little EQ I had to use. Bearing in mind how many other mics aimed at kick duty are ‘optimised’ in some way to better suit their use as a kick drum mic, I can often find myself using more EQ to get more weight and attack out of the kick, and so it still sounds like a real drum. 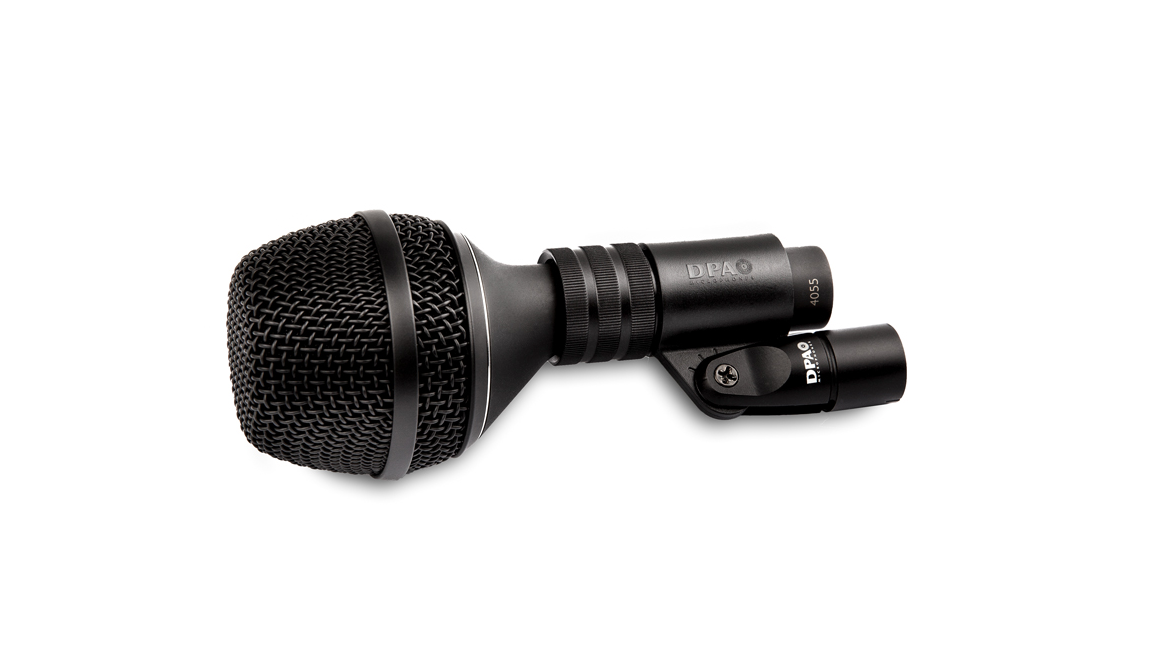 While the 4055 is a great mic as part of a combination, it was really the only mic I needed to use on the kick.

What I found with the 4055 was, not only did I find it easier to work with from a convenience perspective, but it was also easier to tell from how hard the player struck, both where to place the mic within the drum for the best result, and just how effective a little EQ and compression could be in bringing a great drum sound to life.

With a fairly slow attack time, you could hear the full range of the beater striking the drum, and a medium to faster release time meant there was no need for anything other than a moderate range setting (just reducing the gain by around 6db) and the ability to open up the hold and release setting. That’s assuming you even need the gate.

I hear cries of anguish at the very mention of a mass of condensers around a drum kit, but to that I will just politely say: close your mouths and open your ears. You will hear a better sound with less phasing and cleaner transients, better off-axis rejection and a clearer stereo image. Also, there’ll be no mic stands waving about or dancing across the riser!

DPA has made somewhat of a song and dance about giving you a more accurate linear response from this new product with which to paint your own sonic picture, and I for one am extremely impressed.

Starting from a neutral position with an accurate mic that gives you everything, both good and possibly bad, makes it so much quicker to know where you’re going with your sound.

While the 4055 is a great mic as part of a combination, bearing in mind the consistent off-axis sound with all the transient detail I was getting from the 4099s, it was really the only mic I needed to use on the kick.

I should mention that the house kit for this particular event was a Yamaha Live Custom Hybrid Oak, which I personally think suits multiple genres and tends to sound good even after several hours of abuse.

Having a great kit and a great set of mics allows the player and the music to shine through, and like I’ve always said, if you stop being aware of the PA system, then you’re doing a good job. Let the band and the music do the entertaining; I’m just here to make it louder. 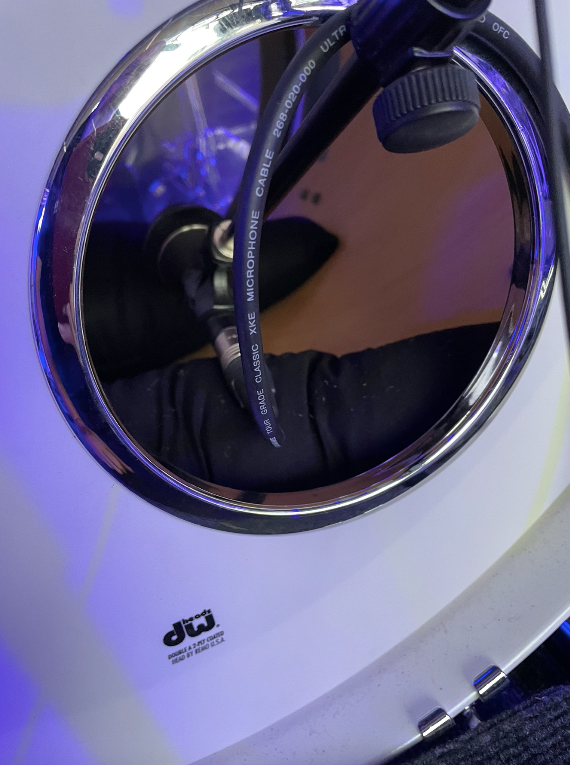 I hear cries of anguish at the very mention of a mass of condensers around a drum kit, but to that I will just politely say: close your mouths and open your ears.

One small gripe for me was around the mounting system. The clip for the 4055 simply wouldn't stay rigid and when I attempted to tighten up the fitting, the small bolt managed to thread the aluminium housing, rendering the clip useless. Luckily, the 4055 barrel was gripped perfectly by a Sennheiser e609 guitar clip.

Unsurprisingly, two weeks after the first outing I had with the 4055, I found myself on another festival stage, this time on monitor duty. I mentioned to the FOH engineer and company owner of MTA, Mali Turner, that I was carrying a bunch of DPAs including the new 4055, which he expressed an interest in trying. After two days of use he described it as “simply superb”. Again, it was the only kick drum mic he used all weekend.

Now it must be said, the DPA 4055’s price tag is not for the faint hearted, but then nothing this good is going to be cheap. Bearing in mind this is also aimed at recording as well as live – although I haven’t yet had the opportunity to try it in that capacity – I suggest this mic will perform equally well on other instruments like baritone sax and timpanis.

I’m about to go into rehearsals with my own band and I’ll be taking the opportunity to shoot some video and record our drummer using the 4055 and other DPA mics. It’ll also give us the ability to demo some new ideas as they surface. Definitely don’t want to give this one back…