This summer, Swedish dream-pop innovator Mimi Bay dropped a lo-fi infused six-track EP called far from home – a release that features the Gothenburg-based singer-songwriter’s signature jazz-infused sonics and one which has catapulted her to the forefront of the genre.

For the 20-year-old Bay, writing and recording music has always served as a coping mechanism; an escape from the trials and tribulations of everyday life, and one which she has immersed herself in from a very young age.

Like many creatives, the global pandemic provided her with the chance to hone her focus, and finish off musical projects that otherwise may not have seen the light of day.

Bay started sharing her music online throughout her mid-teens, but confesses that she never expected her following to explode in the way that it has. Her YouTube channel, Hi I’m Mimi, which currently has a quarter of a million subscribers and counting, resonated quickly with young audiences, while her music has now racked up over 20 million total streams on Spotify. It was these same loyal fans who helped her choose which songs to include on her 2019 vinyl pressed triple-single daydreams.

“I've always been writing music, and I initially started doing YouTube out of boredom – I guess I just wanted to have a creative outlet,” she recalls. “And so I just kind of merged those two worlds. I never expected it to be something people would connect with, or that they would bring into their lives.”

Bay reveals to Headliner that her favourite songs are those that make her feel melancholic (as she lets out a resounding sigh):

“I really like things that make me feel emotional, but not necessarily in a sad way,” she says. “Stuff that just brings me into my feels; I just kind of sit there and float away.”

While Bay cites artists such as Frank Ocean, The Beatles and Nick Drake as some of her most inspiring, along with (Sandy) Alex G’s Trick album, she admits that she often has a hard time finding new music due to being entirely absorbed in her own creative process.

Bay’s sound is one that’s full of dreamy, mellow vibes and catchy hooks, and one that she’s developed significantly since her early SoundCloud days. 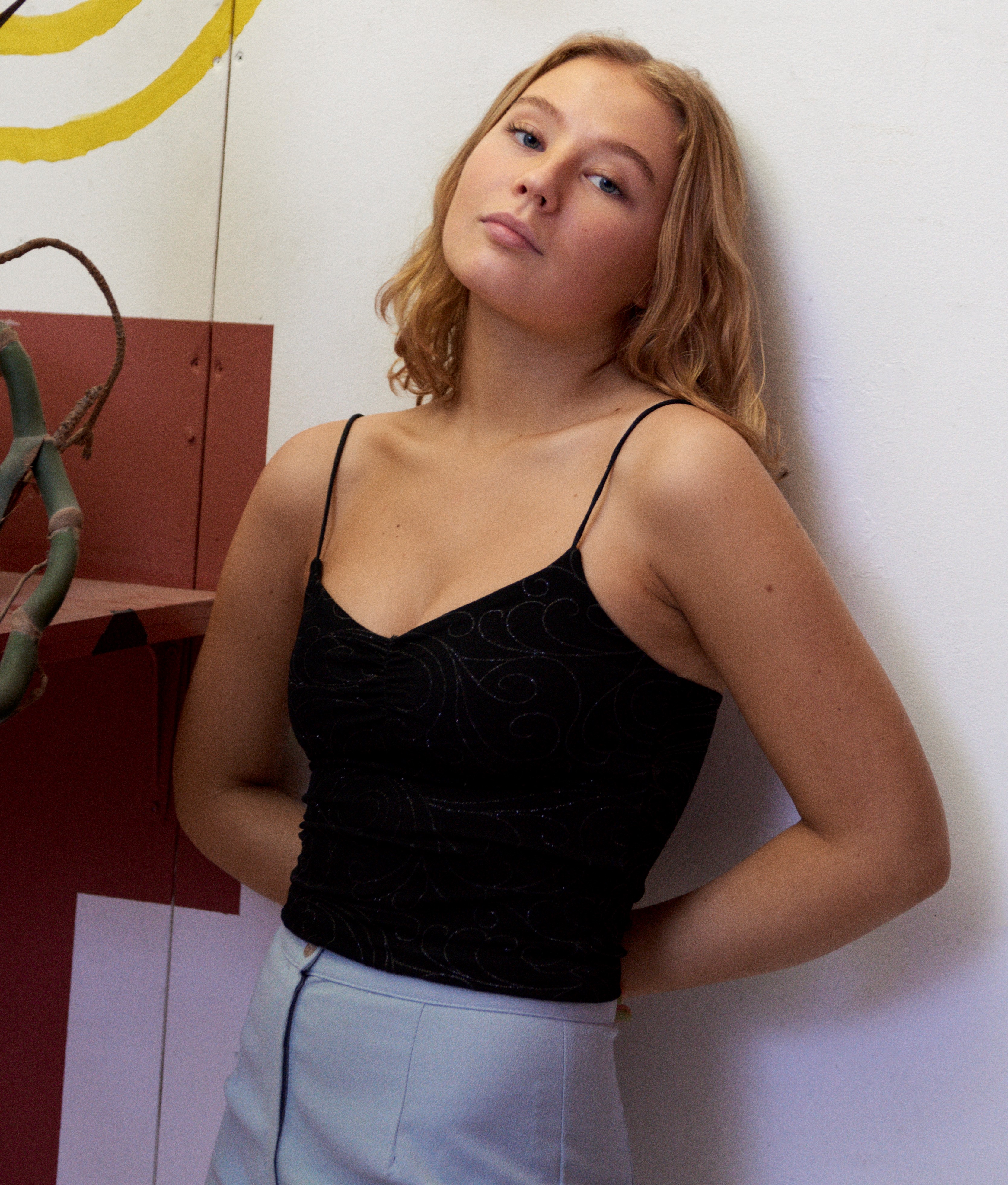 I took inspiration from when I was 16 and I moved out for the first time, searching for where I would truly fit in and belong.

“I've just learned how to use Logic, and feel like I’ve evolved my musical ability by getting better at producing,” she shares. “When I learn something new, I’ll tend to use that for a while, and then I move on, whether that be to a new synth or chord progression or something else. I feel like things are constantly moving.

“I'm obsessed with the feeling of songs, and what a song makes me feel personally. It usually starts with finding the right feeling from some chords, or a drum loop or sound. I love arpeggios, and use them in my music all the time. I’ll just try out a lot of different melodies, and as I get settled, start looking at what I can do vocally. And then I just kind of add on from that – bringing in some guitar or some crazy synth sounds – but it always starts with the feeling that I get from the chords.”

Bay’s beautifully ethereal EP far from home chronicles a particular period of her life; outgrowing her bedroom and exploring what it’s like no longer living at home with family:

“I guess the thing that connects all of these songs is this feeling of wanting to belong somewhere,” she ponders. “I took inspiration from when I was 16 and I moved out for the first time, searching for where I would truly fit in and belong. It’s about capturing the feeling from that period of time when I was doing a bit of soul searching.”

Headliner proceeds to quiz Bay about her favourite track on the record.

“It has to be between b the same or all 4 nothing, I can't really decide,” she responds in honesty. “I also really like break because it's one of those little instrumentals that I did back in 2019, and it kind of means a lot to me. It’s also one that’s super fun to play live.”

And talking of playing live, Bay goes on to reflect on her immense performance at SXSW Online earlier this year:

“South by Southwest was very fun in terms of getting some live experience out of this year, during that time when everything was really shut down,” she remembers fondly. “It was fun because I had just written no doubt, so we took that and turned it into a live performance that we premiered at the festival. It was also great to get that input from my drummer and my bass guy, and creatively work out how we're gonna perform the rest of these songs live. So that was cool.”

Bay excitedly lets on that she’s been busy making more music ever since she finished far from home, and it’s clear that she’s very much looking forward to working on her next project. With some new tracks already in the bag, hopefully we’ll see another big release from the incredibly talented broody bedroom-pop starlet this fall…

Listen to the full podcast interview with Mimi on Headliner Radio below: