Alfie Templeman: "I’m A Normal Bloke Just Making A Bit Of A Tune In My Room"

Putting the ‘bed’ in bedroom production, Alfie Templeman is a man on the rise. Recently included on the longlist for BBC Music Sound of 2021 and with new single, Everybody’s Gonna Love Somebody becoming Annie Mac’s fourth consecutive Hottest Record In The World on BBC Radio 1, it’s still only the beginning for the 18-year old.

Current king of bedroom production – or should I say prince? – (he’s only just turned 18), Alfie Templeman Zooms me from his bedroom in Bedfordshire, which is fitting given that this is the very room that he wrote, performed, and produced new single, Everybody’s Gonna Love Somebody in at the age of 14.

2020 was quite the year for the rising star, who was included on the coveted longlist for BBC Music Sound of 2021, had his face plastered on YouTube’s 90 foot billboards in Times Square in New York and central L.A., plus he’s just surpassed the 50,000,000 cumulative streams mark across his releases and has racked up over 1,000,000 monthly listeners.

Despite this, he insists that he’s “just a normal bloke” making tunes from home. When I interview him, he is sporting thick black-rimmed glasses and slightly mad hair.

“I decided to cut my hair for no reason just because I'm that bored,” he laughs, ruffling his new do. “It was kind of down to my shoulders before, so I thought, ‘I need to change things up a little bit’. I'm so bored of just doing the same thing, and even just cutting my hair at this point is like a major step!”

Templeman reminds me a little of Daniel Radcliffe; barely pausing to draw a breath, he speaks quickly and is brimming with good-natured energy and enthusiasm, pausing occasionally to poke fun at himself. Having very recently reached official adulthood, you can’t blame him for his recent successes not having sunk in yet.

“I'm just doing it in my room; I’m a normal bloke just making a bit of a tune. People have come along with me on my journey; everyone's part of it; everyone's invited to the party. Just bring drinks! I can say that now I'm 18,” he laughs. 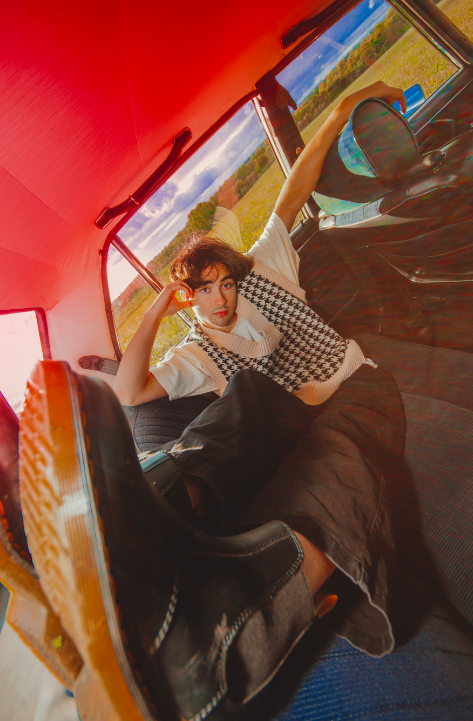 When the longlist for BBC Music Sound of 2021 was announced, he was at home, naturally:

“My manager rang me up and he was like, ‘it might happen, there's a good possibility it can happen, but it's probably not gonna happen...but it might happen’. Then he rang me up a week after and said, ‘dude, you're on it’. I was put on a tiny list of 10 people that they wanted to see break through that they were really into. It means a lot considering that I'm just making music from my bedroom!"

Templeman grew up around his father's collection of guitars, teaching himself to play his dad’s left-handed guitars upside down. By age 10, he had begun recording at home and making CDs with his friends, and at 13 had got to grips with basic music production software and began working on creating full-length tracks.

“I'm completely self taught on everything apart from drums,” he says. “I've got millions of CDs of records that I've made ever since I was a kid. I would listen to a lot of records and I used to wonder, ‘how do they get that sound?’ I downloaded Audacity, which is that free DAW that you can get for Windows, and I found out how to multitrack record and layer myself up, and from that moment, I realised I could do it all by myself.”

He then progressed to GarageBand after saving up for a Mac, and now uses Logic.

“It's literally just been me messing around, really; I'm not a professional at it at all. I just know how to piece it together enough to make it not sound like a bunch of noise! I’m getting better though; I listened back to some of the earliest stuff that I made, and I'm like, ‘Jesus, it's really messy and it could have been way better’. But that's what makes it fun. Every time I put out an EP, it's a little chunk of my life condensed into a few songs.” 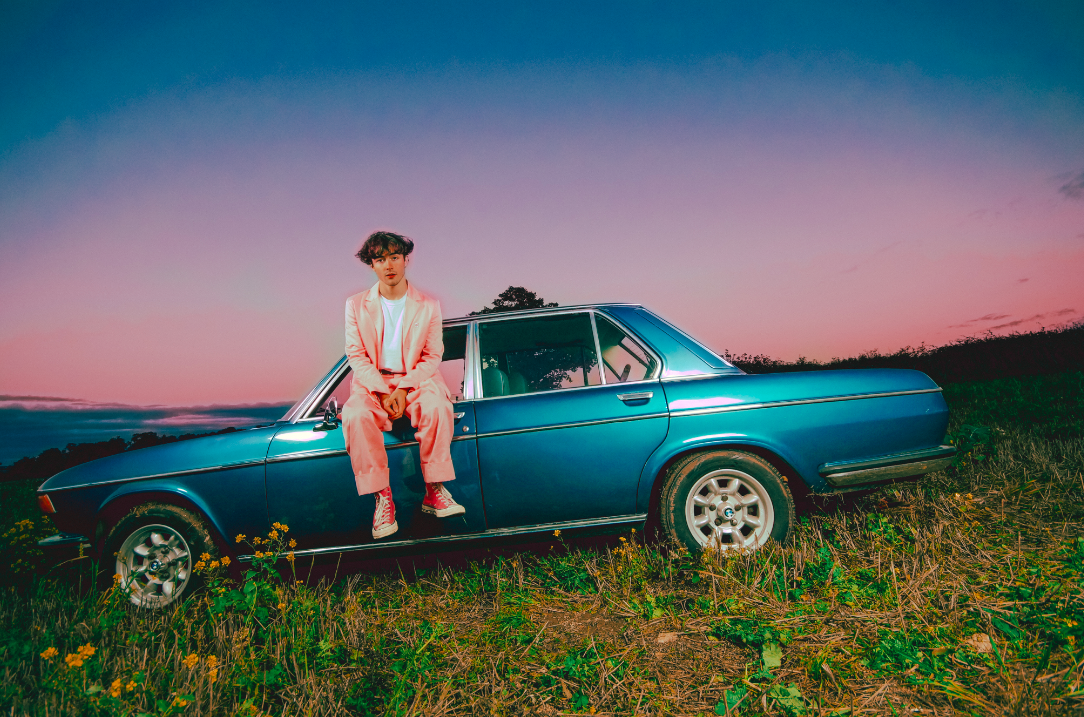 Every time I put out an EP, it's a little chunk of my life condensed into a few songs.

Templeman wrote, performed and recorded his debut EP in his bedroom after school, and his new single follows suit, taking inspiration from classic groove-laden ‘80s pop, with sultry sax lines weaving their way between guitar rhythms.

“It just shows that you don't need fancy studios, really,” he remarks when I ask him about the possibilities for bedroom producers these days. “Sure, you get preamps and good equipment, but it doesn't really make that much of a difference to your sound really – not to the average listener. When you've got a bedroom, you work with what you've got.

"If you're working in a studio, it's going to naturally be good because you're excited and everything already sounds good. But if you work in your bedroom, you're just working with what you're surrounded with. It might look a bit rubbish, but you care more about the art that you're making, and I find that you put your focus into that and you can make something much better.”

As he’s got older he’s got to grips with more production technology that’s available to him, favouring Soundtoys and Waves when it comes to plugins.

“I use Soundtoys quite a lot; you get so much good sound from them. Decapitator is brilliant for fuzzy, loud sounds – I put it on a song called Shady with Tom McFarland from Jungle, who produced it with me and showed me all of that kind of stuff, and I just fell in love with it. I use the Waves Abbey Road presets quite a lot too, and the Tape saturation plugin – they're great for that Nick Drake or Beatles ‘70s feel.

"I try and do everything through Logic because if I actually want to send it to another producer, I'm just praying to God that they've either got the plugins that I use, or they just go straight from Logic!” 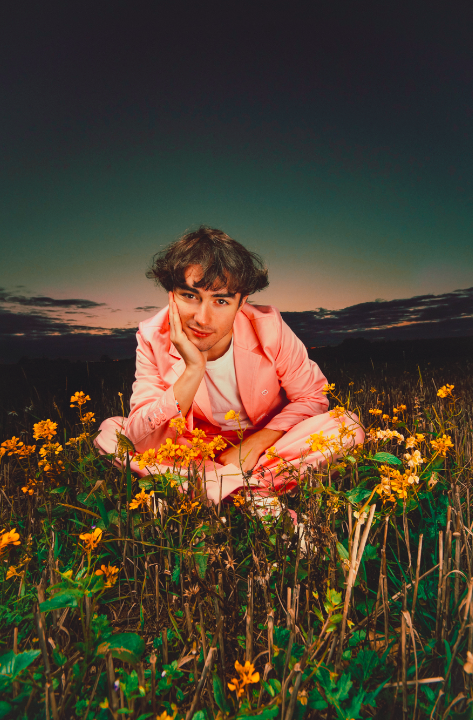 Self-taught on 10 different instruments (although not including the saxophone on Everybody’s Gonna Love Somebody for asthma reasons), Templeman made his own pedal board for the new single.

“It's literally just a bit of chorus and some cool reverb sounds that I've been messing around with,” he explains. “I'm quite proud of the guitar sound because it doesn't sound like a bog standard guitar; it's got an almost synth feel to it.

"I was stacking up those guitar layers and then I nicked a royalty free saxophone, because I can't play sax – at all. I tried to blow a note out of one once and it was like, [he launches into an uncanny impression of a saxophone], not gonna happen!”

Everybody’s Gonna Love Somebody is his first single since radio-favourite Forever Isn’t Long Enough arrived in September 2020. Templeman has since been included in an impressive run of 2021 tips lists; in fact, his songs rarely seem to be off the radio.

I remark that when I was arranging this interview, Everybody’s Gonna Love Somebody was playing on Radio 1 – (it’s also playing again as I finish writing this).

“No way! That's just incredible. The fact that it's coming from my room and it's going out to the whole of the country is surreal to me, and I'm really thankful for it. I can never take these things in really.

"I looked on Spotify and it says I'm on 900k playlist adds or something; people have actually put me on their playlists, and that's in the space of two years. The more I think about it, the weirder I feel. It's like an existential crisis, but with Alfie Templeman songs,” he laughs.

He wrote and recorded Everybody’s Gonna Love Somebody in 2017, and it niggled at him for years afterwards. He tried to go back and re-record it a few times, but could never quite get it right.

A Tears For Fears binge soon sorted that, and he realised that the song needed an Everybody Wants To Rule The World style of production. He got back in the studio, changed a few lyrics and cut it in a couple of hours. He says it’s probably his favourite song on the new record.

Templeman’s new mini album, Forever Isn’t Long Enough, is out on May 7, which serves as his most substantial body of work before his debut album arrives. He shares that the mini album is also ‘80s themed:

“There’s one song which is almost like Bruce Springsteen in a way, so I'm going with different ‘80s influences and tying it together. I spent nearly two years on it; I just wanted to make sure each song was as perfect as I could make it. It just feels a bit more commercialised – in a cool way rather than a bedroom, poppy kind of vibe. It's a bit more big-sounding.

"I wanted to make a refined and focused pop record, something more widescreen than an EP but more concise than a full-length album with a feel somewhere between Fleetwood Mac’s Rumours and Tame Impala’s Currents. I realised that I needed to slow down a little and work on things carefully.”

He can't say too much about his full album just yet, other than he hopes that it will come out next year and that it was also made in his room.

“It sounds very cinematic; it's completely different from the mini album. I'm trying to go with a movie soundtrack kind of sound, with luscious strings and all kinds of different sounds going on. The whole idea I have for the record is to make each song sound completely different to the next.

"I've bought a Moog synth for it, so I'm experimenting with weird sounds. I'm just trying to go full out and be a bit more experimental. I've added bits of saxophone – real saxophone this time though – and I've been working with other really good musicians to make it sound really cool.”

With Forever Isn’t Long Enough still on heavy radio rotation, Everybody’s Gonna Love Somebody is sure to follow. Templeman has nothing but gratitude for the radio stations and fans supporting him, which he’s especially relieved about given that he left school at 16 to pursue music full time:

“Thank God this worked; bloody hell! If this didn't work, I don't know where I’d be. I honestly couldn't tell you. I'm very, very lucky that this worked out because I never really considered a plan B. I just thought, ‘you know what? Music is all I want to do and if it doesn't work out’, then”... he pauses mid sentence for the first time during the interview, “life isn't legit,” he lands on, immediately laughing at himself for his Gen Z slang. 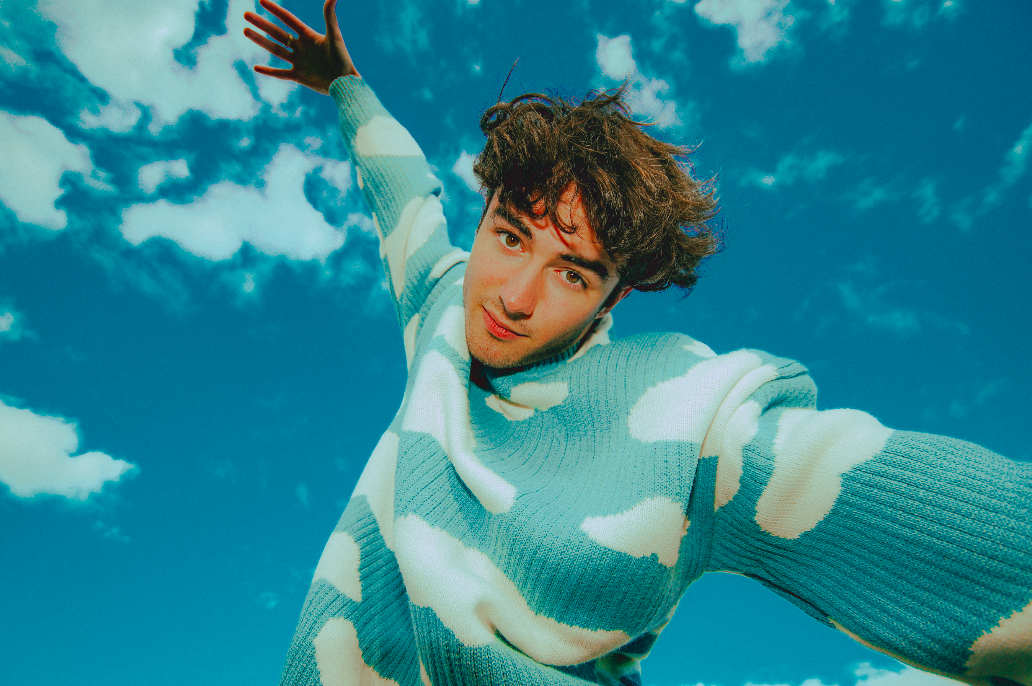