You’ve heard her voice before, but perhaps can’t quite pinpoint where. That’s because Astræa is the voice behind the emotive version of You’re Not Alone from the Lloyds Bank advert (yes, the one with the horses running on the beach), which sold 45,000 OCC units and racked up five million streams while it was at it.

Speaking to Headliner over Zoom, Minnesota-born Astræa (who has lived in the UK for six years and only occasionally betrays a hint of a transatlantic accent) says that she’s still trying to make sense of the lockdown period and the current state of the world. Happily, she does most of her production from home, and has been able to fully dedicate herself to her most recent project, which she wrote, recorded and independently produced.

“When I was a kid, there was this computer game called Super Duper Music Looper, and my little brother was obsessed with this game,” she says brightly.

“Looking back at it now, it was almost like a DAW for kids. You could find all these different types of loops and throw them into the DAW and make pieces of music out of it, so I would often make orchestral pieces out of these loops.”

Despite being musically-inclined since childhood, Astræa says that she only started taking a serious interest in music production five years ago when she wanted to record some of her piano compositions, but didn’t have the budget for a producer.

“It was a lot of trial and error and figuring things out as I went along,” she admits. “It definitely took at least two to three years until I finally felt like I could call myself producer, because I think every producer goes through this whole phase where everything sounds crap! It can be so frustrating at first, but you just have to push through that time period and keep trying things until you can get to a point where things start to sound better.”

Before releasing her own music, Astræa’s classical background and studies in music and psychology led her to practicing music therapy with people with schizophrenia and children with learning difficulties. Astræa has a bachelor's degree in psychology and music, and a master's degree in music therapy.

“I've always been fascinated by psychology,” she says, “and at the same time, I've been obsessed with music since I was a toddler. I wanted to explore this other area of interest of mine and see how I could combine music and psychology. Writing and performing music has always been a form of therapy to me, so having that first hand experience of knowing how powerful music can be when you're going through something made me want to learn more about that and how I could use that to help other people.” 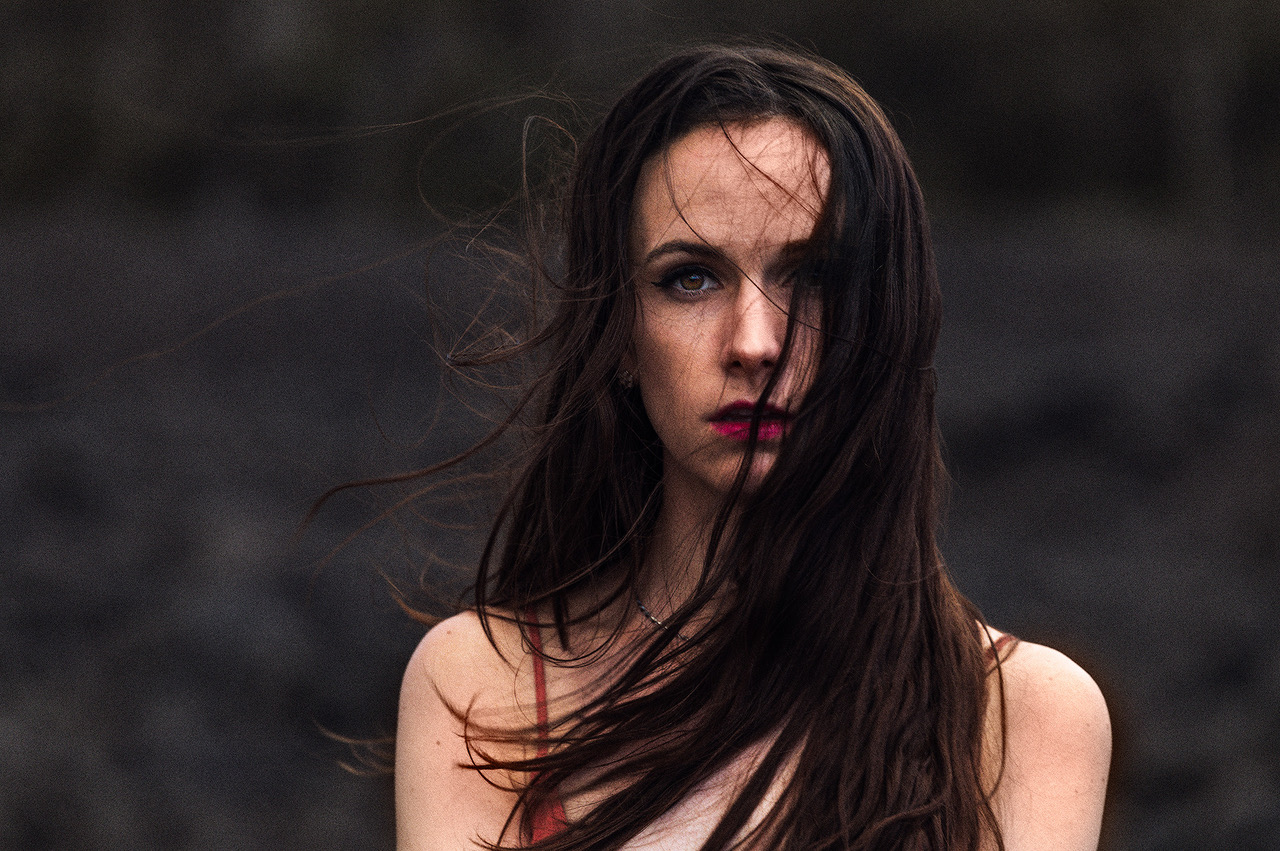 Tonight I Run is the culmination of years of hard work and sees Astræa, for the first time, telling her own story. Made up of atmospheric and cinematic soundscapes that fuse her background as a classical musician with modern, electronic pop elements, her debut EP draws upon influences from the strong female artists and producers who’ve come before her (the classical training of Tori Amos, as well as the imagination and independence of Kate Bush), alongside her love for big pop producers like Max Martin and Guy Sigsworth.

The EP’s single, Tonight I Run was written as an anthem for the underdog:

“I'll be completely honest, the music industry is a really difficult place,” she says when asked about the inspiration behind this track. “I'm sure that's nothing new, and especially if you are a woman. When you're facing extra hurdles, it can make it difficult to deal with and I wanted to be honest about that in my songs. Tonight I Run is all about those elements; about me questioning myself and doubting what I was doing.

"Writing that song helped me come back to realising the strength that I had within myself – knowing that no matter how difficult or dark life can become, we will always have the power within ourselves to overcome those hard moments and come out the other side stronger and more resilient people.”

Inspired by a belated interest in Pink Floyd, “they weren’t a band that I grew up listening to, but within the last couple of years I've become obsessed!” Astræa says their song Time had a big impact on her:

“The lyrics really spoke to me because it was all about how we let our lives pass us by without even realising it, and I didn't want to be one of those people. It kicked me in the bum a little bit and made me feel a lot more motivated to go after my goals. That's what inspired a lot of the lyrics: ‘I'll chase the sun, ‘til I run out of breath in my lungs’ – we're always chasing after the sun, almost pointlessly. But you know what? I will keep chasing after it until the end of my days. I'm not going to be giving up on anything that I want to be achieving.”

The song has an unmistakable cinematic, orchestral feel to it – which prompts Astræa to gush about That Sound’s drum sample libraries; she always starts at the piano and then builds up her drums and percussion.

“Oh my gosh, their stuff is so good,” she enthuses. “I use their Cinematic Pop library [known for its set of kicks, snares, claps, toms, hats, snaps and effects] on practically everything that I create. Everything sounds so epic, being both electronic and cinematic. I used a couple of snare sounds from this library – there's this [sings] ‘doo doo doo, doo doo doo doo’ sound, which is almost like a Latin beat in a sense – the toms in that are from the Cinematic Pop library. I usually mess with the sound a fair bit; for this song I wanted the beats and the synths in the verse to feel a bit submerged.”

Asking me to picture an Imagine Dragons-type of production, Astræa explains how she also made use of That Sound’s Mammoth collection of thick, unruly kicks, messy, distorted claps and disheveled snares to command attention on the track – specifically to layer kicks together to create a deeper, “more stubby” kick.

We're always chasing after the sun, almost pointlessly. But you know what? I will keep chasing after it until the end of my days.

A 14-year old Astræa was inspired by piano and film composers like Ludovico Einaudi and Hans Zimmer, so it’s a no brainer that she was drawn to Spitfire Audio’s Hans Zimmer plugin packages to add a cinematic flourish to her drum sounds:

“Spitfire is one of my favourite companies,” she confirms. “On this track I used quite a few Hans Zimmer drum sounds, as well as rims just to give even more of an orchestral feeling in the choruses. I wanted it to feel as huge as I possibly could get it, so I used a couple of gong sounds as well.

"I don't always like to use very typical sounds in my production because I come from a classical background and used to play in a lot of orchestras growing up. That really seeped into my consciousness and just comes out in my production I guess! I also used their Chamber Strings library in the last chorus to add some extra string textures and make it sound a bit bigger.”

The UAD Studer A800 multichannel tape recorder plugin, known of course for its ability to mimic and reproduce every nuance of analogue tape compression, helped Astræa to bring a real vintage warmth to the song – and was of particular use on the drum buss:

The quest to capture an authentic, analogue feel saw Astræa seek out Soundtoys’ Decapitator, which she also put to use on the track’s drum buss.

“It just adds even more tube warmth to things and it makes them sound unique and original. When you're using presets, it's really important that you mess with it because there's a lot of people that could have those exact presets, so you want to make sure that things are going to sound unique and original to you as well,” she points out. “Decapitator is a really great plugin to use for that when you want to mess with something and make it sound really cool. I often use that on vocals as well to add even more bite and grit.”

Spectrasonics' Omnisphere software synth is Astræa’s go-to for synths, and she notes that she could happily spend weeks going through all their different sounds, and still not work her way through them all:

“There's just so much stuff in there! I used Omnisphere mainly in the verses of this song, and then I messed with it by adding a chorus plugin with a low pass filter to make them feel a bit further away. I also had quite a few of them side-chained to the kick because I really wanted them to feel like they were pulsing and quite rhythmic. The kick is quite stubby in the verse, so there needed to be more room for it to come through. I layered up around 10 different synths and effects from Omnisphere – especially in verse one because I wanted to have these weird twinkly sounds.” 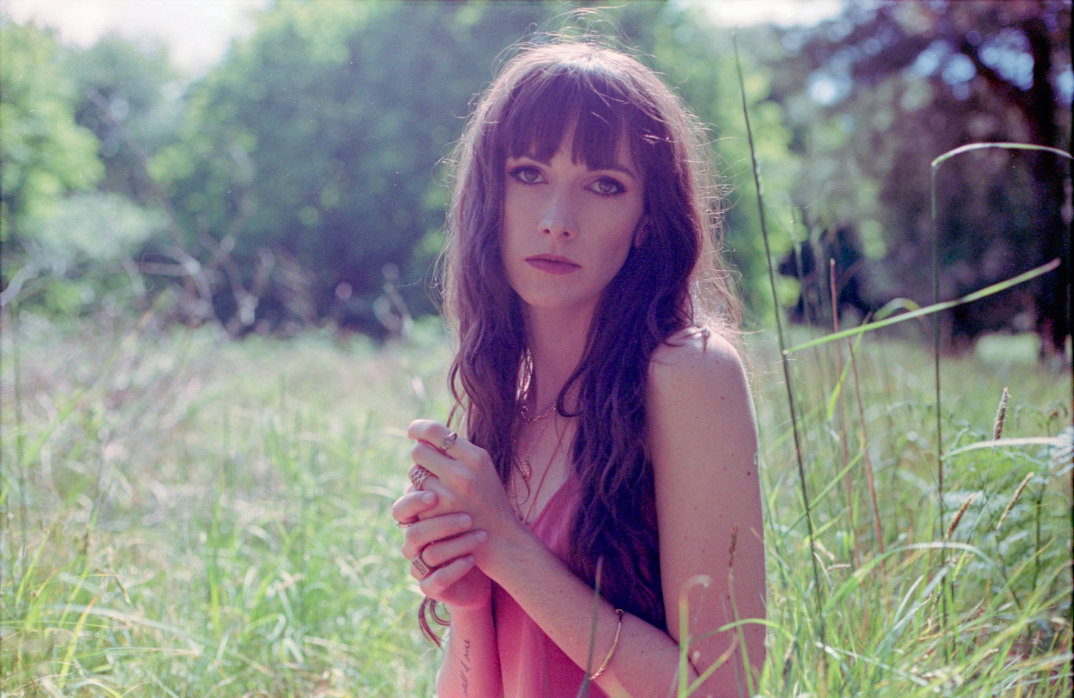 Wanting to introduce a touch of the ‘80s to the chorus, Astræa put u-he’s Diva retro-sounding synth to work:

“I wanted it to sound a bit nostalgic, so I thought it would be the perfect thing for that. I really like to have things that sound great out of the box, especially if I'm working quickly – sometimes you just want to make sure you get an idea in and can move on and have it sound great right away. Diva is one of those instances where stuff sounds great, cool and vintage right away.”

For her debut EP release, it was important for Astræa to be honest about the personal experiences that are woven into it, which is why you’ll pick up on themes of anxiety and imposter syndrome, the healing nature of relationships and the light they can bring in moments of darkness, and depictions of moving on after difficult moments.

“Thanks for noticing that – the more honest I can be, maybe other people might be able to hear my story and relate to some of the things that I say, and feel less alone in what they're struggling with. Music is always something that I turn to to hear somebody else singing about exactly what I was feeling, and has always been something that's helped me push through and deal with it. It's quite cathartic, really.”

This reminds Astræa of her anxiety-inducing classical music recital days:

“This always induced extreme anxiety in me because the classical world can be quite tricky when you're performing; it's very much based on perfection. One time before a performance, my teacher said to me, ‘You are your own worst enemy; this is all in your head and you can deal with it and turn it around’. That has always stuck in my head, and I think it's something that a lot of people can relate to. Sometimes we hold ourselves back when we don't need to.”

“It’s always been one of my goals to use my music to connect with people and be there for them when they're going through difficult moments,” she says as we wrap up the interview. “I've had people confide in me about how my songs have helped them through really tough times. It's an honour to be able to do that for people, and it's why I do what I do.”