Considering it had been 13 years since The Office made its final bow on television, it was seemingly a foregone conclusion that we’d never see David Brent again (you see what I did there?). However, thankfully, you really can’t keep a good man down.

"On the road is where I really come alive," Brent told us in his recent rockumentary. And he wasn't kidding. A packed audience got treated to an hour of outstanding music from our wannabe rock star as the tampon rep's mini-tour came to the southern shores of England at the Beachfront International Centre in Bournemouth.

As Brent took to the stage dressed in shades, his white shirt, and black waistcoat, he approached the mic, pointed to his threads, and simply said: "Fashion", before opening the show with the super-catchy song, Ooh La La.

The set was genuinely pretty epic, with a few welcome Brentisms thrown in nicely between songs - notably when introducing the Stones-esque number, Thank Fuck It's Friday: "This next song contains a rude word," Brent said, before playfully slapping his own hand, adding, “Naughty!” as only he can.

It’s no mean feat producing an album of 15 tracks, all of which Brent and co. performed on the night, but don’t be disillusioned into thinking it’s all silly and full of profanity like a Kevin “Bloody” Wilson show, because even non-fans of Brent would be pleasantly surprised at just how good this material is. Lyrically, genius - musically, fantastically put together, in no small part down to musical director and drummer, Andy Burrows (ex-Razorlight), and a group of performers who have worked together for many years in various guises. Brent, ironically or not, has filled his band with great musicians, and it seriously pays off.

The man of the hour was joined by his rap partner, Dom Johnson, for a couple of songs including the side splitting Equality Street and Ain't No Trouble, where Johnson pleads with Brent 'not to do the voice', yet he ignores such advice, and adds his own Caribbean twist to proceedings. Beautifully inappropriate. Johnson does twist Brent’s arm to do two songs of his own, though, so horses for courses, and all that. 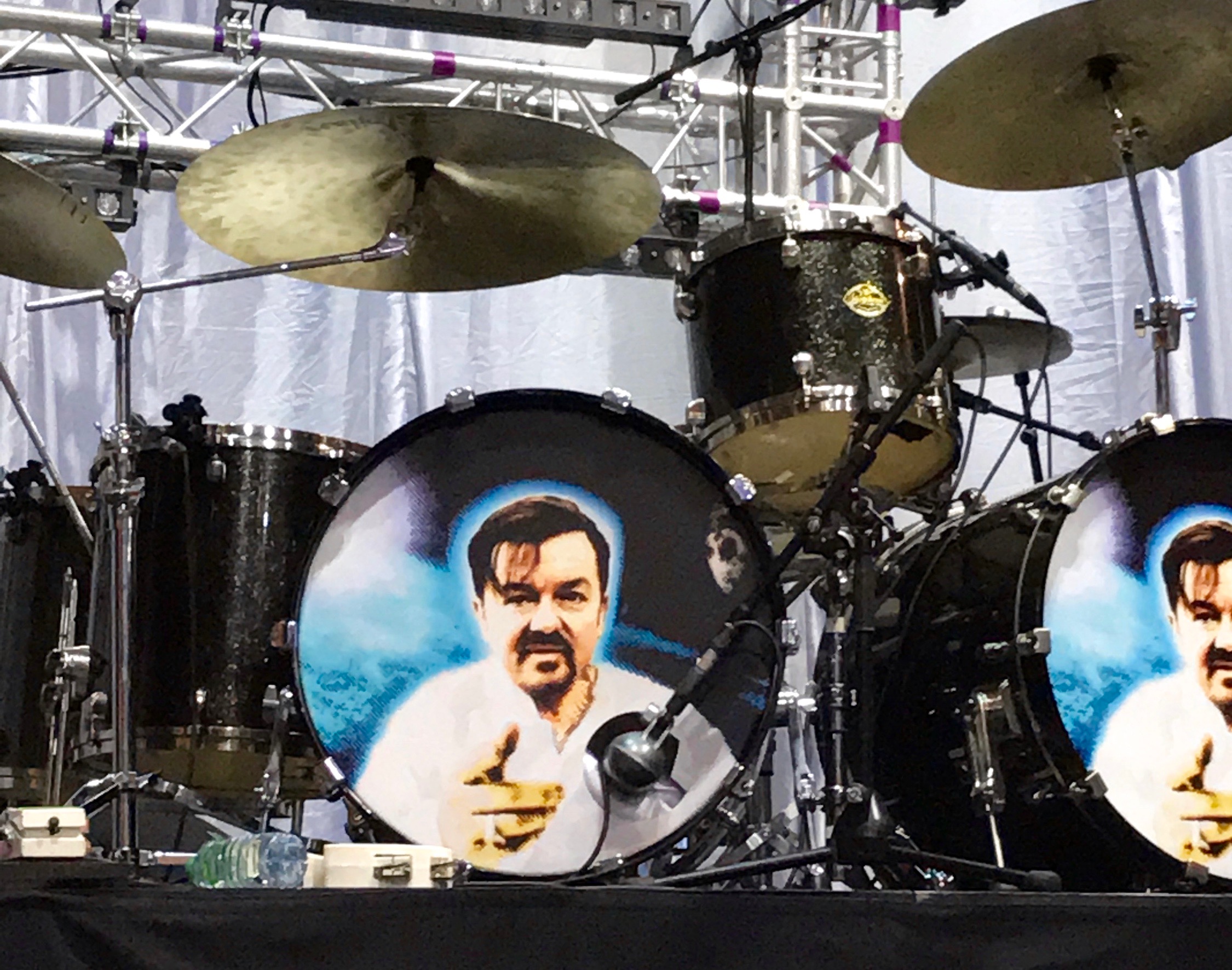 I don't think Mr. Brent will have to cash in any pensions in the near future.

Something else that has to get a mention is the quality of the live sound. It was tremendously good, and really on point, especially when you consider it was inside a huge conference hall where vocals can be notoriously washy, and speech between songs barely audible. Not the case here, though - credit to everyone involved, from all the technicians to the band themselves. The production, too, was really smart - a lot of work went into this, and as a result, it was a proper rock and roll show.

It's tough to pick a stand-out point, as it was all so good, but hearing the crowd scream the words 'head on a pillow' back to Brent during the heartfelt, albeit slightly jaw-dropping Please Don't Make Fun Of The Disableds, has to be up there.

And as entertaining and funny as Brent was, when (like in the film) the snow fell from above during Don’t Cry, It’s Christmas, it did tug at the heartstrings, too, as strange as that might sound..!

That track closed the show, but the inevitable encore followed with the classic Brent number, Freelove Freeway. And it brought the house down. I don’t think Mr. Brent will need to cash in any pensions in the near future, and I’m fairly sure this isn’t the last we’ve seen of him on a stage either. By judging the enthusiasm of the crowd and the t-shirts they were wearing and merchandise they were buying, Brent’s star is shining bright, and the desire to see him more has never been higher.