In 2018 Chappell Roan – armed with the hair of a mermaid, the spellbinding voice of an old soul and an Instagram account you’re going to want to follow – packed everything she owned into the back of her car and drove for three days straight from her tiny Missouri hometown to make L.A her home. However, when she arrived, she wasn’t feeling it.

“I did not know what to write about until I moved to California,” Roan admits straight away. “I was having such a hard time finding myself, and I still feel this way. I feel like I don't really fit into the pop writing industry. I feel like I’m a little too country, but I'm not country! In California I missed the seasons; I missed the simplicity of the Midwest.”

However, pining for her hometown and struggling to adjust to the supposed glitz and glamour of Hollywood did inspire her single, California, which took her three years to write; a stark contrast to how quickly things have come together for her before.

Taking up the piano aged 12, by age 16 Roan had written a melancholy song called Die Young, accompanied by a video she created on her own. Just six months later, she was signed to Atlantic Records, and her School Nights EP was released in September 2017.

“I just had no idea what was going on,” she says, reflecting on the speed that things picked up for her at such a young age.

That reminds her of a time she was in New York showcasing for Republic Records.

“Literally, I was having to do my maths homework the night before I went and showcased for the execs at the label. I graduated school a year early so I could do music, and it was super hard to adapt from a small rural town, to Los Angeles and New York. I had never seen a skyscraper! We're so far away from the ocean back home, even. I was shocked...for three years straight!”

Die Young’s vocal maturity and the nature of the lyrics belie the fact Roan wrote the song aged just 16. I have a sneaking suspicion that as well as being influenced by Stevie Nicks and Karen Carpenter, Roan grew up listening to a lot of Lana Del Rey.

“Look at your mama, now she's crying / Cause she thinks her baby's dying / Don't put up a fight, she just wants to hold you / And look cause your daddy, he hates lying,” she sings on Die Young.

Looking back on the song now, Roan almost cringes at her younger self, and says she never listens to her old material.

“It feels like a different person, honestly. It just reminds me – wow, I have come so far. That was me when I was a very moody, angry teen. Every time I hear that song or when someone brings it up, I'm like, ‘I still don't even know how I wrote it, because I don't even think I understood what it was about when I wrote it, fully’.

"I look at it now and I'm like, ‘Oh, I see what I was trying to get at’. But when I was writing it, it was just like screaming out, or something was ripping out my skin. That's dramatic,” she laughs, “but that's what it felt like.” 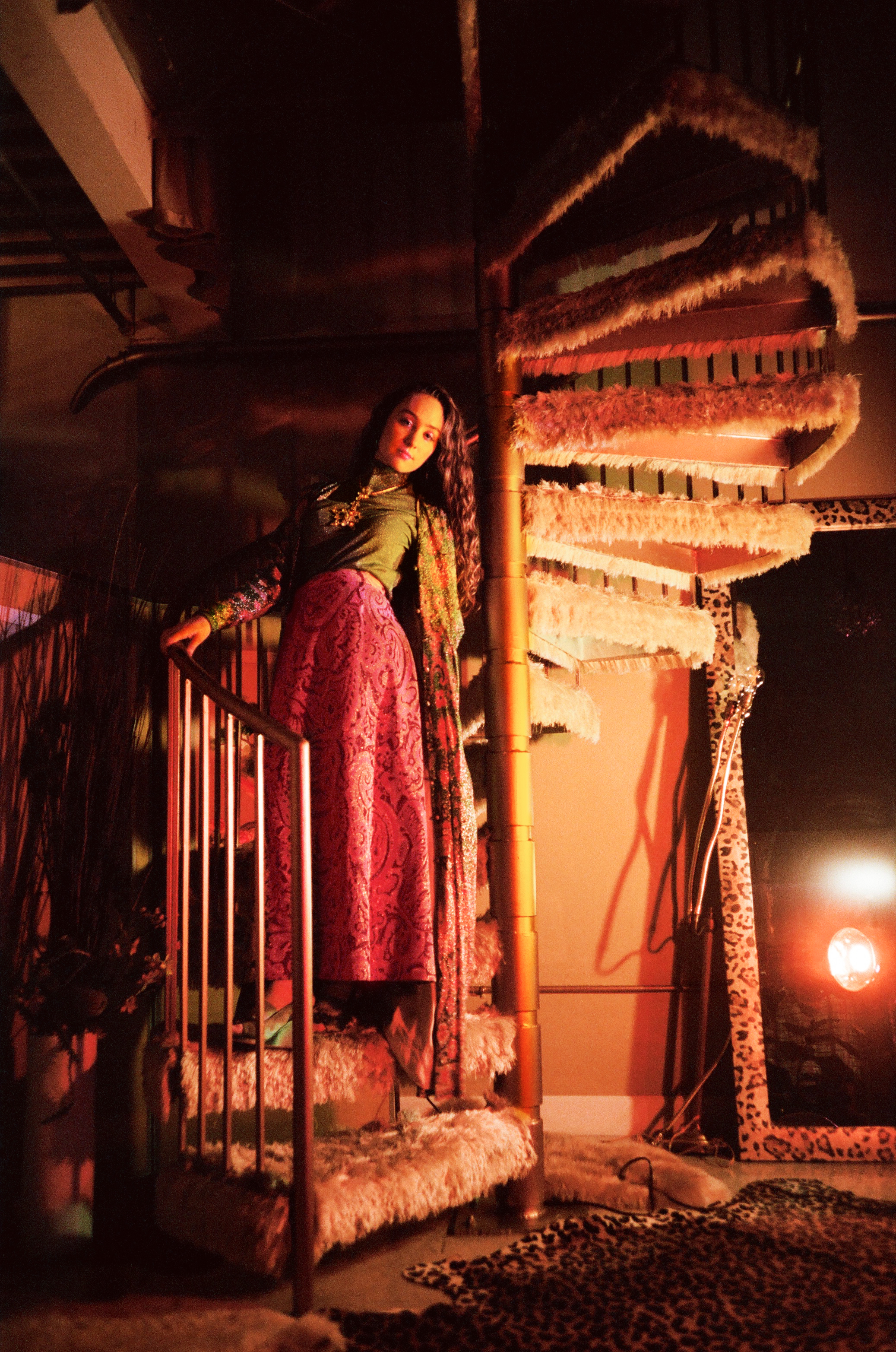 Roan followed School Nights with a series of well-received concert tours, including US runs alongside Declan McKenna and Vance Joy. Still, the weeks and months that followed saw Roan’s artistry wholly transformed, fusing boundless energy, nostalgic introspection, and theatrical power into a wildly original sound. And it’s all thanks to one wild night in a bar.

Not long after landing in her new city, Roan found herself at iconic gay bar The Abbey – an experience that soon altered her entire trajectory as an artist.

“All of a sudden I realised I could truly be any way I wanted to be, and no one would bat an eye,” she recalls.

“It was so different from home where I always had such a hard time being myself and felt like I’d be judged for being different or being creative. I just felt overwhelmed with complete love and acceptance, and from then on I started writing songs as the real me.”

Sounds like it was quite the night out. You may be picturing scenes that wouldn't be out of place in The Hangover, but on that fateful, fabulous night, Roan hadn't touched a drop.

“I was sober the entire night!” she insists. “I needed to experience it sober. I danced my ass off and I didn't care; it was one of the most fun nights ever. It was shortly after I had turned 21 and I could finally go out. The Abbey was packed, there were go-go dancers on the table, and I walked in and it was the most spiritual experience.

"Everyone was having a great time; it was magical. I just felt like I belonged there, and that really changed my life. It’s something that I couldn't really have experienced here in Missouri – in my small town at least. It was completely eye opening and changed my direction from that point on.” 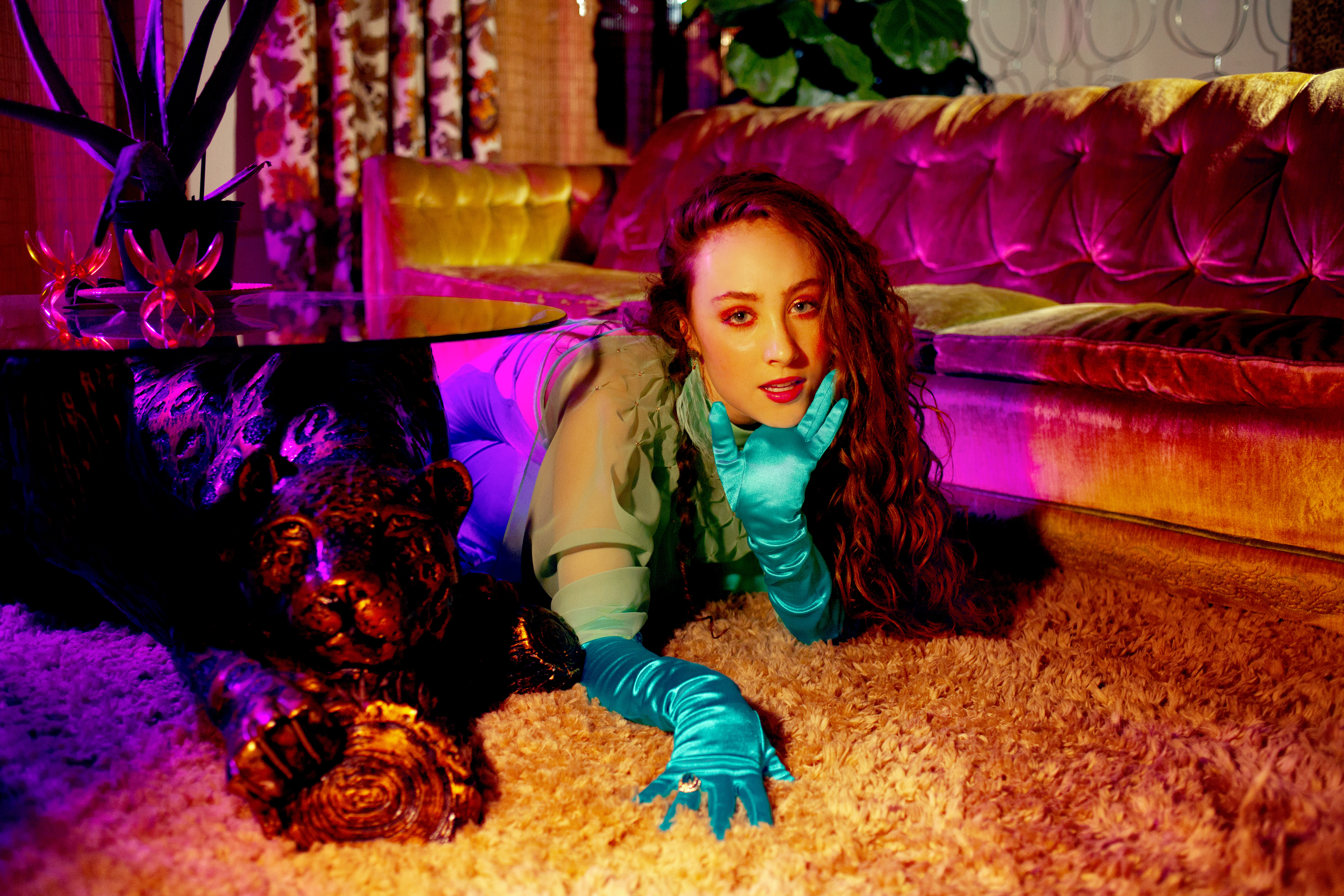 All of a sudden I realised I could truly be any way I wanted to be, and no one would bat an eye.

Her night at The Abbey inspired Pink Pony Club, a transformative, dreamy single that marked the beginning of a fresh chapter for Roan, not least due to the uptempo nature of the track and the hopeful lyrics:

“I know you wanted me to stay / But I can't ignore the crazy visions of me in L.A / And I heard that there's a special place / Where boys and girls can all be queens every single day,” she sings on the single, which she explains was the result of a conscious effort to write something more upbeat:

“And that took me about six months of failing; of writing session after session trying to write a happy song and just coming out with a sad ballad. I didn't understand how to write a happy pop song, but I was tired of singing sad songs on tour. It just makes you feel sad after a show... you don't feel super excited, and I wanted to dance and move on stage.

"I wanted to wear weird, fun clothes, and I felt like I couldn't do that with Die Young. It just felt too dark, so I purposely was like, ‘I have to change, because this is not sustainable’.

“I was just bored,” she furthers. “I wanted to push myself – I wanted to be bold and say things that might be a little edgy. I come from a super conservative area where I wouldn't even wear the things that I wear in L.A here in public – I would just feel weird about it. So I'm just going to be everything that I am in L.A, in my music.

"I needed to be myself and I wanted to feel theatrical; I wanted it to feel like a show for people. That's what I feel like Pink Pony Club is doing and what my other music that will come out will do as well.”

Although baring this daring new side of herself has been far from easy:

“I was so nervous,” she admits. “I was crying before it came out because I just was going back and forth. I was embarrassed! My team is so good and they worked really hard on it, and I worked hard on it. I was scared because I felt like it wasn't going to be accepted for some reason, or that people would hate me. I don't know why I thought that!

"Even recording the vocals for that – I couldn't have anyone looking at me because I felt so out of place. But I knew I needed to do it. It was just uncomfortable, but I'm so glad that I pushed myself because this is exactly where I want to be.”

If recording the vocals was difficult, this was nothing compared to the music video, which sees an apprehensive Roan (clad in a bedazzled cowboy hat, leotard, boots and fabulous fringed leather jacket) take the stage at a near empty dive bar – the only audience a few uninterested bikers.

“We shot it pretty much in order,” she recalls. “That nervousness that you see is 100% real – I was absolutely terrified. I'm not a dancer – I've never been strong at it, and I just knew I had to just not care...but it was hard to not care.”

Unfolding like a ‘what if?’ daydream, by the end of the video Roan has won the crowd over, and is joined by a guitar wielding drag queen and is lifted into the air by a few muscular leather-clad men.

“When they were lifting me in the air it was my absolute dream come true! I've always wanted to do that. It was like my dream to lose it and dance my ass off...even if I look like a fool, I had to do it!”