Dani Bennett Spragg: A Day In The Life

Since winning the MPG for Breakthrough Engineer of the Year in 2019, Dani Bennett Spragg has gone from strength to strength in terms of engineering and mixing. We catch up with her to chat recent projects, miking techniques, and working on the fly.

“I actually first heard about it via Instagram,” smiles Dani, sipping on a latte. She’s talking about the day she found out about her MPG nomination. “It was very unexpected, and I suddenly found myself having to sort out all my stuff to send to the judging day: I sent a Baxter Dury track, a Blair Dunlop track, and an Amazons track.”

She went on to win the award, of course, which was presented to her by The Amazons – a band she is very close with, and that are destined for great things, currently in the midst of their first US tour. Although Dani planned on heading to university to study audio, she didn’t get into LIPA, which she had her heart set on; instead, she went into the studio and got good at making tea.

“Once I got into the studio, I just never left,” she recalls. “I guess if I had got into LIPA, life would be different now – but at that point, I’d already done a few weeks work at Assault & Battery with Flood. So when I didn’t get in, I took a year out, and went to America and worked in a studio in New York City for a while. I then came back to London, and the week I came back, just by chance I was asked if I’d like to assist on a week-long session [at Assault & Battery] so I went back there and then stayed for 18 months..!”

An classic audio education such as this is certainly the most organic journey to take, though Dani admits she had no idea what was going on for some time:

“I was full-on making tea,” she laughs. “I was doing recalls and setups, and then got my first proper assistant engineering role on the Ed Harcourt record that Flood did – it was a huge project where basically everyone in the building was involved in some way. We were on that for six months. So I stayed assisting at Battery there, and then moved downstairs to work with Alan Moulder as his mix assistant.”

“Yeah, definitely not a normal progression of roles,” she admits. “It was probably nine months of assisting in solely a tracking room, then six months with Alan only doing mixing, then I moved to Hoxer, which was all recording for three years. Now I’m back doing a bit of both.”

Although life hasn’t changed dramatically after receiving her MPG Award, Dani says the accolade opened doors to the press, and that the biggest thing was that her name was getting thrown around a lot more:

“It’s particularly nice that the award comes from my peers - that’s the most amazing thing about it.” 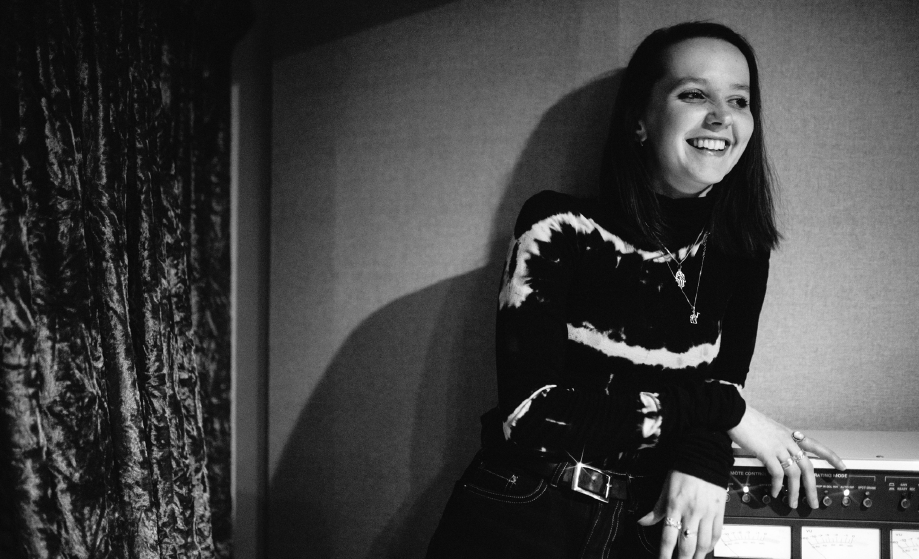 Once I got into the studio, I just never left! Dani Bennett Spragg

Conversation turns to an email thread that Dani and her fellow female audio fanatics share together. Sounds intriguing..!

“Yeah, we’re all on this massive thread, and if one of us gets offered work and we can’t do it, we ask if anyone else wants it,” she explains. “I feel like I am in a community of women much more than I am a community of engineers, which is really nice. And there are a lot of us – you don’t see us very often, but we’re definitely there..!

"And actually, as soon as I started at Battery, Flood always said how key it was to have a woman on a session because it changed the dynamic. I guess that’s true. I worked a fair amount with Flood... a very interesting and intense dude, and a bit nuts, in the best way possible! Ed Harcourt’s was the only full record I did with him, but Flood also did a month with me on the Ed O’Brien record that I worked on in 2018.”

And how is work now for this talented young audio professional?

“Work is great! I am floating around... [smiles] I tend to work a lot out of other studios, though I do have a room in my house which really works,” Dani explains. “It’s my own little mix place, but I will work in whatever studio suits, really.”

“I have a pair of Genelec 8330s – little guys, but they’re great. I haven’t had them very long, but one of the Genelec guys – a guy called Perry - did the calibration thing, and that made me thing ‘wow, why doesn’t every set of speakers allow you to do that?’ It made such a huge difference.

“My little room at home is like a triangle, so there are some issues, but I didn’t have to do much to it. I don’t know why that isn’t ‘a thing’ for every speaker. The fact you can tune Genelecs to your room is just incredible. I think the other main plus using Genelecs is their transparency; you always know what’s going on when you use them.”

Is there a Dani Bennett Spragg ‘thing’ in the studio?

“Ha! Well, I really like doing acoustic guitars – though I am not sure why,” she says. “I have a bunch of memories doing acoustics on various records. With Blair Dunlop, we did the record live in a week, and Ed Harcourt was producing it. We were adding acoustic overdubs and Blair was playing a dub, and Ed was playing a high strung guitar – I put two [Neumann] 67s on them playing together, that’s all we did, and there was nothing else to it, it was perfect.

“Then on the Blanco White record – he’s an English guy with South American and Spanish influences – he has these two little acoustic type instruments: one is a ron rocko, one is a chirango, both from Bolivia I think. They don’t sound like any other acoustic guitar-esque instrument I have ever heard.

"One song on the record where the acoustic is the whole thing, I had some fun with; one guitar I classically miked, which was a bit boring, so I put a Ball & Biscuit [mic] through my Copycat and a [Neumann] M149 as the main sound, in classic mic position. It really filled out all the top end.

“I don’t usually take stuff when I go to different studios; I prefer working with what you’ve got sort of thing, and not rely on stuff. It’s more fun, and if I find something I haven’t used before, I happily put it up and see how it sounds or what it does.”

And what’s next for Dani Bennett Spragg?

“I’ve got the Blanco White record to finish, and I’m almost over the finish line with a Melena Servala project whose record I did in Urchin Studios in a couple of weeks, and last weekend we did a live version in Abbey Road in studio two which was so much fun – one of my favourite days ever, in fact. I’m a massive Beatles fan, too, so... [smiles] So I have to mix that, which I’ll do that at home soon. And next? Who knows..!”