Despite over a decade of hard work in Music City, country musician and singer-songwriter Hailey Whitters was only recently able to take a step back to reassess why she started this journey in the first place: to create music that she loves on her own terms. Here, “Nashville’s newest unsigned star” explains how she’s been staying connected with her fans throughout lockdown, and how things have finally come full circle on her latest album release, The Dream.

Like many recording artists and musicians, Hailey Whitters was hoping to be out on the road this year showcasing her latest record to the world.

When it became apparent that touring was out of the question, the probing, fearless songwriter from Iowa bounced back, something that she has become quite accustomed with over the course of her musical career.

“I’ve been doing a lot of co-writing, which is not necessarily what I planned on spending this year doing, but I’m just getting into the studio when I can to record new music, stay creative and stay positive,” says Whitters.

At the start of August, Whitters announced a new live in studio session series, which she kicked off with an intimate piano rendition of her song Dream, Girl from her latest album The Dream, released earlier this year.

“I really miss not being out on the road, and we just wanted to do it as a gift to fans so that they could experience the songs in that setting,” she explains. “We had a little bit of fun with the reinterpreted version of Dream, Girl - we stripped it back production-wise and brought the piano to the forefront, and in a way it really reinvented the song for me. It just felt good to be playing music again, and to have that synergy of a live performance with your band.

“It’s a special song to me and one that I’ve always enjoyed playing live. The new live in studio version feels very vulnerable compared to the party girl anthem vibe of the original, so I think we were just really excited to get that one out first.”

It has been a long journey for Whitters, who has now been in Nashville for 13 years having spent many late nights writing songs and building friendships on Music Row. The grind looked to have paid off however when she took home Rising Artist-Writer of the Year at this year’s AIMP Nashville Awards.

“It was just shock, gratitude and massive appreciation,” says Whitters when asked about her initial reaction to receiving the award. “To be recognised by your community of peers as a rising new artist - it just felt very special and very cool to be acknowledged for the work I’ve been doing.” 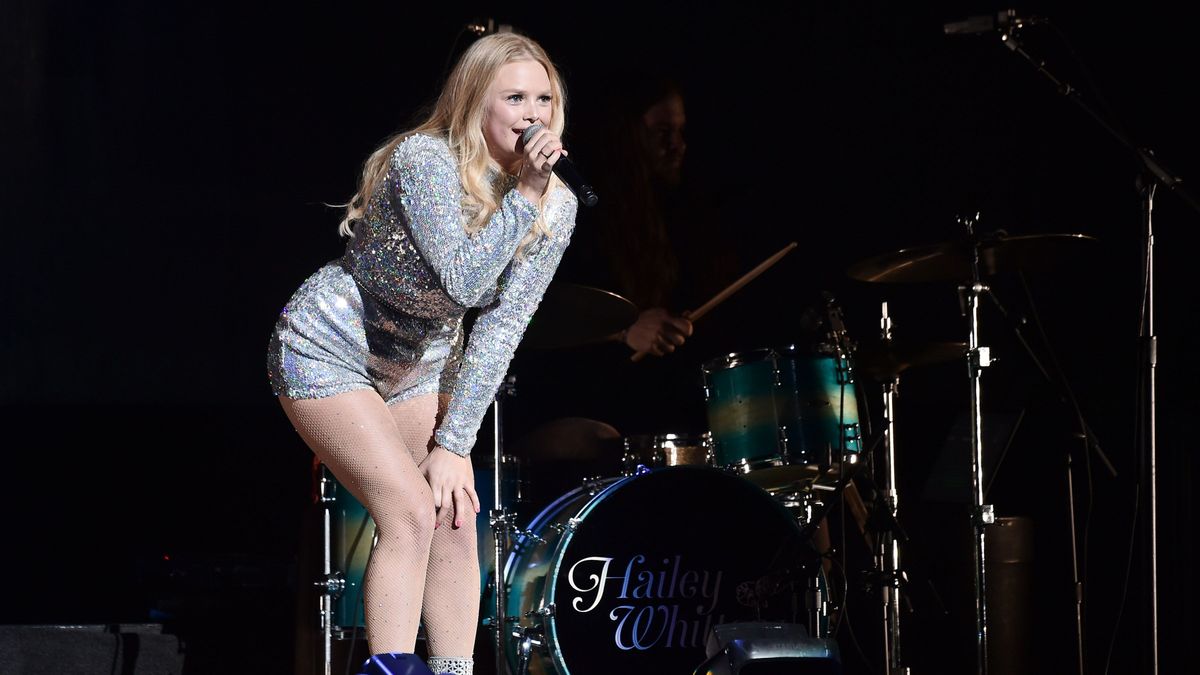 I've always kind of by necessity had to do things myself, and constantly prove myself to people.

Whitters released her first album Black Sheep in 2015, but her passion for singing and songwriting had seen a spark many years before. Encouraged by her English teacher to pursue writing, she was a big fan of 90s girl bands like the Spice Girls and the Dixie Chicks, which served as some of her early musical inspirations.

“I had a guidance counsellor in elementary school, and I asked him what I have to do to be a country artist,” Whitters recalls. “He told me that the Dixie Chicks write their own songs - something I didn’t actually know at the time - which kind of planted the seed. From there I got a guitar and quickly became a bedroom singer-songwriter, with big dreams about Nashville.”

Knowing she had to make the move as soon as possible, Whitters relocated to Nashville after graduating high school when she was 16, and everything changed completely.

“I was very naive to the industry, and I had no idea what it was about,” she admits. “I didn't even know where to start, so I just started knocking on doors, messaging club owners, and turning up asking them for shows, which is when I quickly realised that Nashville is very much a co-writing community.”

Whitters had soon built up a network of peers in the music industry, and it wasn’t long before she signed to Carnival Music, where she has now been writing for eight years.

“It’s been a grind, but I’ve written a few songs that have been recorded by other artists which is just wonderful - there's no feeling like hearing someone else sing your song.

“I finally decided that I'm going to make a record of my own,” she continues. “I love writing, and so if anyone ever records a song of mine it's still a huge, huge accomplishment to me, but I always want to be able to put out my own records too.”

Whitters admits that all those years of writing undoubtedly paid off, helping her to discover her voice and identity as an artist, as well as steering important decisions about which songs she wanted to put on the record.

Back in July, Whitters released the video for Janice At The Hotel Bar, a song which she co-wrote with huge Grammy nominated country artist Lori McKenna, and another of her tracks that received a number of big accolades.

However, this wasn’t the first time that the pair had worked together. In 2016, a chance meeting saw Whitters and McKenna collaborate to write Happy People, signalling the start of a fruitful songwriting relationship. 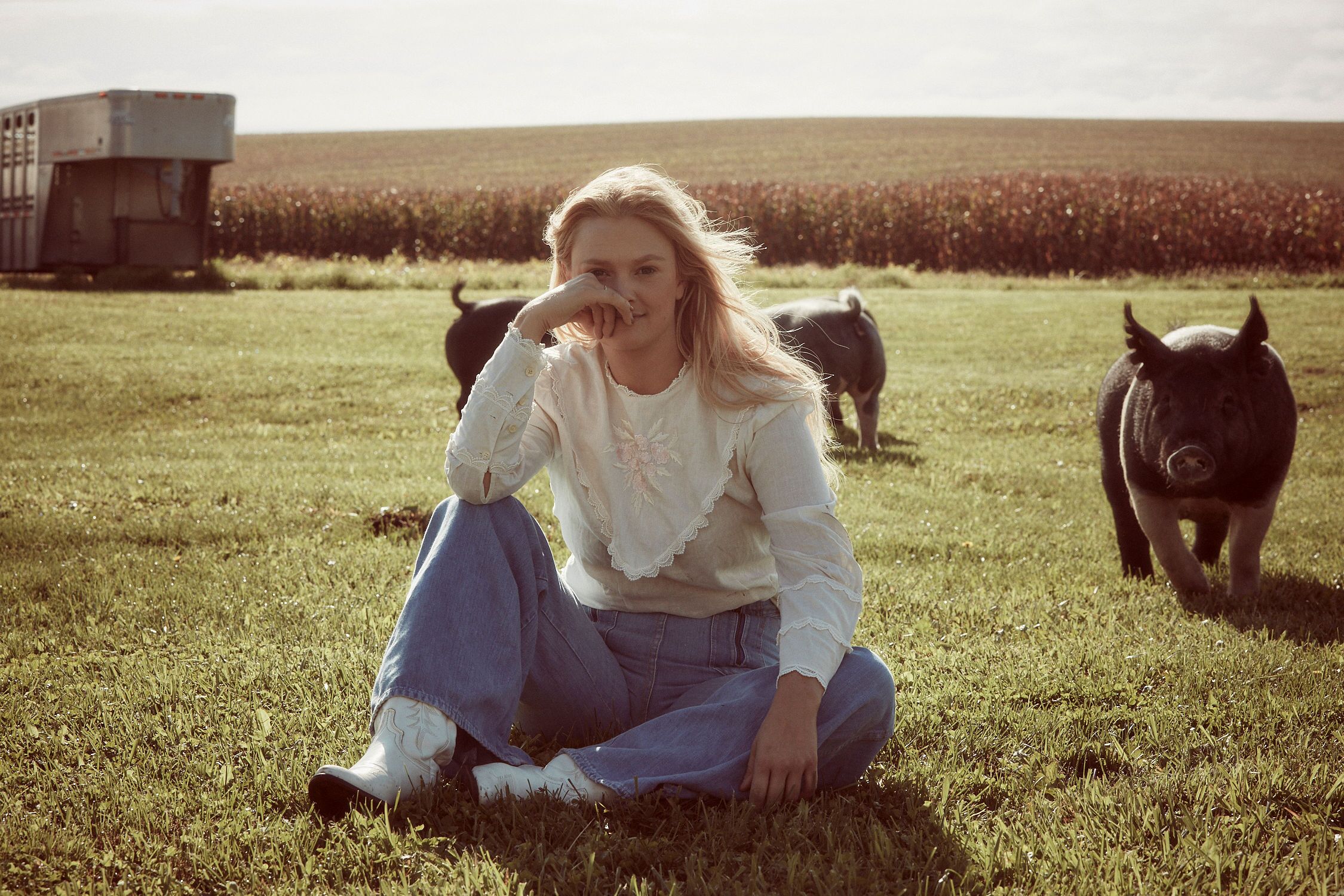 “I have been a Lori McKenna fan since I first moved to town - I literally studied her records and just waited for the moment that I could get in a room with her,” she laments. “It finally happened in 2016. I flew up to Boston a day early because I was so nervous and just wanted to get settled in, and the next day I showed up at her house with an idea. She is absolutely everything that you think and hope Lori McKenna is - so warm and welcoming, and makes you feel like you deserve to be in the room.

“I was so lucky to have that first song that we wrote be recorded by Little Big Town. It was a really cool bucket list moment for me, and I did another few trips where I'd go up and write with her. On one of those last trips to Boston, we wrote Janice At The Hotel Bar and Living the Dream, among others, so that particular trip was so special and so fruitful because those two songs ended up being on my record.

“Honestly, I think that really solidified some of the concept of the record for me. I love Lori and I do think we have a spiritual connection - I feel very lucky that I get to collaborate with her.”

Even with this strong support network around her, Whitters is no stranger to being self-sufficient in her work. She released The Dream entirely independently earlier this year on her own label, Pigasus Records, a name inspired by one of her favourite authors, John Steinbeck.

“Releasing The Dream spurred a lot of things for me, especially in leading me to management,” she reveals. “I was having all of these label meetings, and was feeling really disappointed with some of the responses. I felt very uninspired walking out of them, and it just didn't feel right to me because we believed in this record so much. That was the point when we were like, we're proud of what we've done, we could be doing a pretty good job, so let's just keep riding this train and be independent.

“I've always kind of by necessity had to do things myself, and constantly prove myself to people. It's always been that way so I've started to embrace that role and just keep carrying on. I write on an acoustic guitar most of the time - very simple with no frills, but that’s how I like it.” 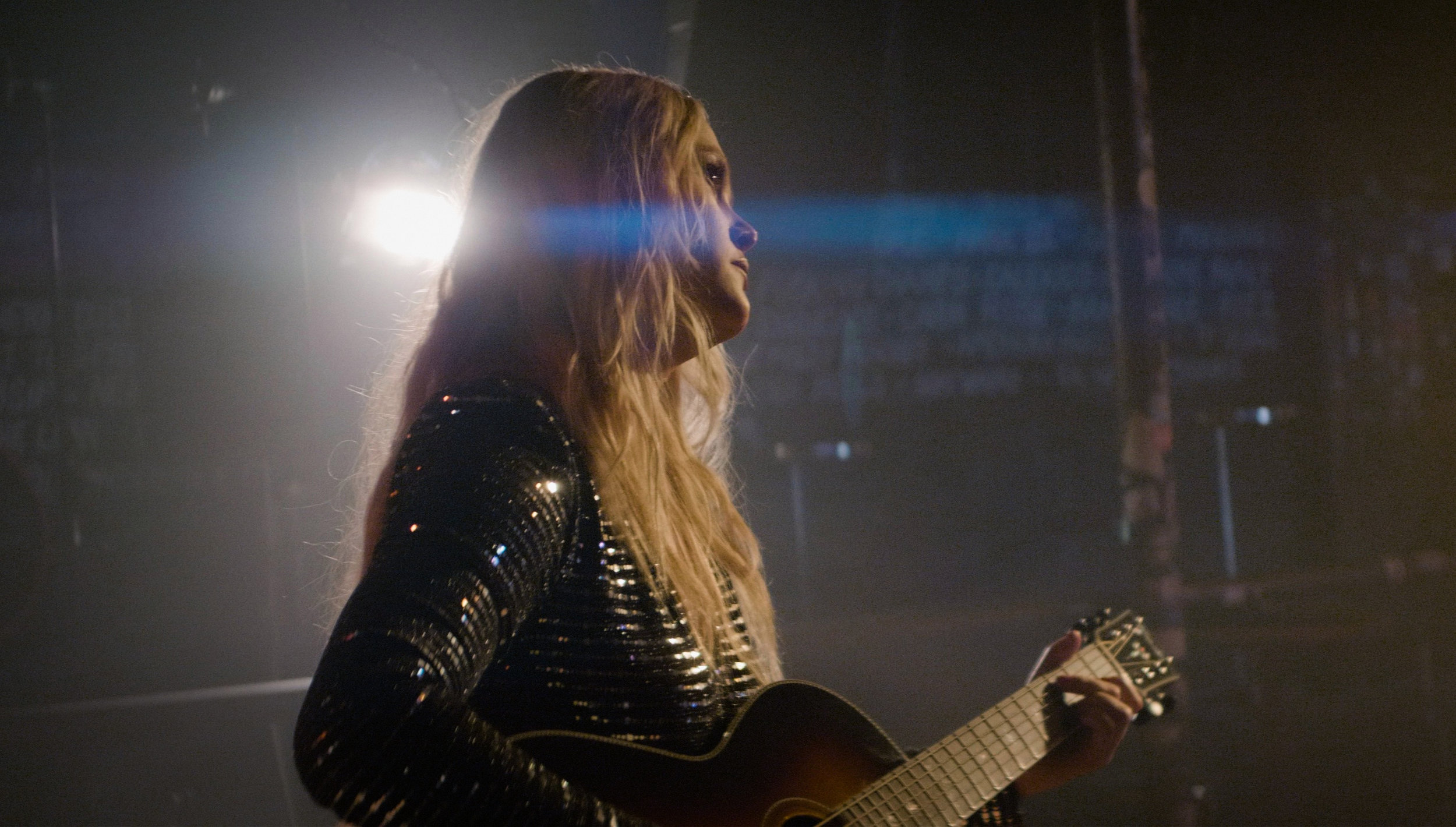 It was after Whitters decided to stop taking label meetings when she was approached by Nashville-based Big Loud Records’ Songs & Daughters, a first-of-its-kind label designed to be a home for female creatives, and the brainchild of acclaimed singer-songwriter Nicolle Galyon.

“After all of those meetings that felt so uninspiring, this one felt the complete opposite,” says Whitters. “Very fresh, very innovative, and very up to speed with how the music industry is changing. They have a willingness to move with it rather than follow the traditional wheel that a lot of the other labels roll on.

“We weren't looking for any label partner, we were looking for the right label partner, and this partnership just felt right. They were very receptive about making sure that Pigasus was a part of it, and so I just felt like there was a lot of mutual respect and excitement there.”

It was decided that Big Loud Records / Songs & Daughters would lead and continue the promotion and marketing for The Dream: “I feel very lucky to have those folks behind this record,” Whitters adds.

After putting out the 12 songs that make up the album, and which chronicle her musical journey, Whitters is now eager to show fans the bucket list moments, incredible collaborations and unforgettable experiences that have resulted from the record’s release.

“It just feels like a full circle project - starting in a ten year town feeling very broken, very bitter - and then the moment of seeing the way my whole life and career has changed because I made a record that I believe in. The fans receiving it and embracing it in the way they have has allowed me to go on and get to do some things that I honestly never dreamed of doing, so I'm excited to get to share this with them.”