Every band, artist and music project claim to be, or at the very least aspire to be unique. But how many can lay a genuine claim to that word? Well, one new band who have every right to it is LYR, who comprise the British poet laureate, Simon Armitage, musician Richard Walters and multi-instrumentalist/producer, Patrick Pearson.

They’ve done a brilliant job of rendering their music undefinable — the world-famous Armitage delivers spoken word/performance poetry over a bed of music that’s at times samples and ambience, otherwise soaring indie-rock instrumentals with an occasional chorus from Walters.

We’re right into the UK lockdown as I chat with Pearson, who is at his studio in Devon on a particularly nice summer’s day, as we look towards the release of LYR’s debut album, Call in the Crash Team.

“Richard wanted to work with Simon, so dropped him an email telling him he loved his work,” Pearson says. “And then they did a single together. Then he asked me to come in and be the producer, which lead to us forming the band. And then we made the album, which has been a really exciting process.”

Besides teaching at the universities of Oxford, Leeds and Sheffield, the Huddersfield-born Armitage was appointed poet laureate for 10 years from 2019, following Carol Ann Duffy. He’s no stranger to music, though, as a stint in the band The Scaremongers and his occasional DJing show. Which makes sense, given that his LYR performances blend so perfectly with the music.

Pearson, an accomplished producer and musician in his own right, gives us a peak behind the curtain of LYR’s creative process.

“It’s a really interesting thing to be presented with,” he says. “Richard and I came up with an idea of sending a dictaphone to Simon, and getting him to put his words down onto that. We were all busy, but we also wanted to test the water with this project. And it took about a year for it come back! But it was full of poetry, sounds, instruments that he’d found —- it was about 15 tracks, one of which was just Simon laughing uncontrollably. It felt like an exciting relic or gemstone to unfold, this well-renowned poet with an insight into how he wanted the project to go. 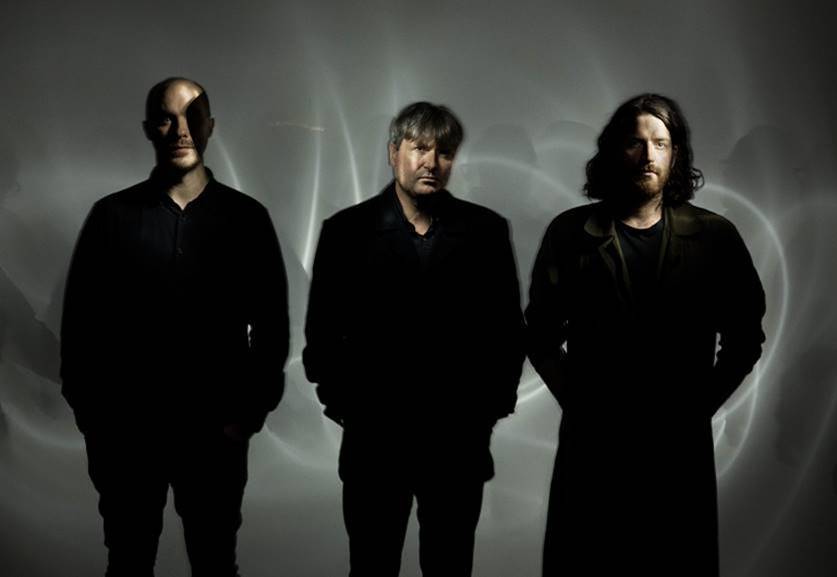 I can only hope we’re not alone in combining spoken word and music.

“I had to put aside the idea that I’d be building these songs on a grid or to a click. To try and grid up a poem, you kind of strip the value out of it. Simon says that when he writes a poem, everything is included: the cadence, the tempo, the instrumentation, the arrangement, it’s all there in the words. I got that, and I tried to extract each element from the poems. So for example, I’d try to work out the tempo from his phrasing, or some of the poems would have an inner groove already.”

In terms of any overt influences, “we love the Diamond Mine record Jon Hopkins did with King Creosote, which kind of fused these elements on traditional songs with subtle electronics, soundscapes and field recordings. That was an initial start, and then, on the whole, we have our own musical backgrounds. As a writer, I was trying to bring many of my influences together for this. I definitely had Nicolas Jaar in mind, particularly his record Pomegranates which has some incredible processing.”

There’s no doubt that spoken word has surged from being banished to open mics to gaining genuine popularity in recent times — you only have to look at the success of artists such as Kate Tempest. I ask Pearson if he feels that helped give the LYR project a bit of a boost.

“I can only hope we’re not alone in combining spoken word and music,” he says. “And it’s good to know it’s going into an audience that is responding to that. I can’t help but think that language is totally universal, that people will always be touched when they hear beautiful words and beautiful music. Gideon Coe and Lauren Laverne gave us some plays on Radio 6, and Jo Whiley has been a big supporter for us on Radio 2 also. We’re very happy with the reception so far.”

Middle Farm Studios, Pearson’s shared recording space in Devon, sounds quite stunning, so I ask for a bit more juicy information on his setup. “My microphones are from Shure,” he says.

“They’ve been brilliant, and a big change recently has been going from Logic to Ableton, which I wanted to learn for the Live set. I now love it so much that it’s the only DAW that I use. It’s got some amazing features. We used quite a few Waves plugins on this record, a lot of Fabfilter, some Soundtoys made it onto there as well. I’ve been using some analogue reverbs as well — I’ve got an old Sony TC-630 tape machine that does some interesting lo-fi stuff!”

It should be abundantly clear that LYR is a project worthy of your time. Their debut, Call in the Crash Team is digitally and physically available, and actively giving the art form of poetry a stunning new lease of life.