After overcoming the paralysing fear that social media held over his life, Ukrainian singer, songwriter and producer Marineris brings us his indie-pop from the city of Kiev. And it comes with the strong message that sometimes, we really ought to put down our phones. Headliner discusses his approach of writing, singing and producing all his music, and directing his own videos, and how a young Ukrainian fell so hard for British bands like Oasis and The 1975.

Still in his early 20s, Marineris is already turning heads with his impressive creative abilities. He not only writes his songs, but produces them and directs his own excellent and colourful music videos. It would perhaps be strange if they weren’t colourful, considering in the last few months his hair has gone from dark, to orange, to platinum blonde.

“It was just me and guitar for such a long time,” Marineris says when asked about how he came to be adept in so many creative fields. “But then I realised I should start to produce the whole arrangement. And that's when I came to the computer; I've started to learn a lot about production.

Marineris kicked off 2021 with his single Petrified, a fairly withering take on the grip that social media platforms and blue-light devices have taken on our lives. Or in his own words, the song “is a calling to avoid the emotional numbness that the digital world can create inside us”.

And it was undoubtedly released at an apt time – where more time spent indoors naturally resulted in more time staring at our screens.

“We live in this type of world at the moment when lots of information is coming to us everyday,” he says.

“Stories, all these advertisements – social media is everywhere now. And I get the feeling that sometimes I don't even know if I really want something, or if social media made me think so. Petrified is about that feeling of being petrified because of the amount of information that makes it hard to understand what you really want – what do you really love and who you want to be. For example, you see a rapper advertising some shoes, and you start thinking maybe you’d be happier if you had those shoes.”

There’s some very strong imagery in the song’s music video, directed by Marineris. For example, a gravestone with just the word ‘empathy’ displayed, and at one point the sky holds an exit sign — an exit from the digital madness we all too often become fully lost and intoxicated in.

And while Petrified is a very electronic and pop-based track, Marineris followed it up with a much rockier prospect with the heavy guitar bonanza in Prick, although interspersed hip-hop beats and autotune ensure this is no by-the-numbers track.

And his love and influence from UK outfit The 1975 can perhaps be heard most clearly in his most recent release, My Band Could Be Your Home. As the name suggests, guitar, piano and even strings are at the forefront alongside his anthemic vocals. 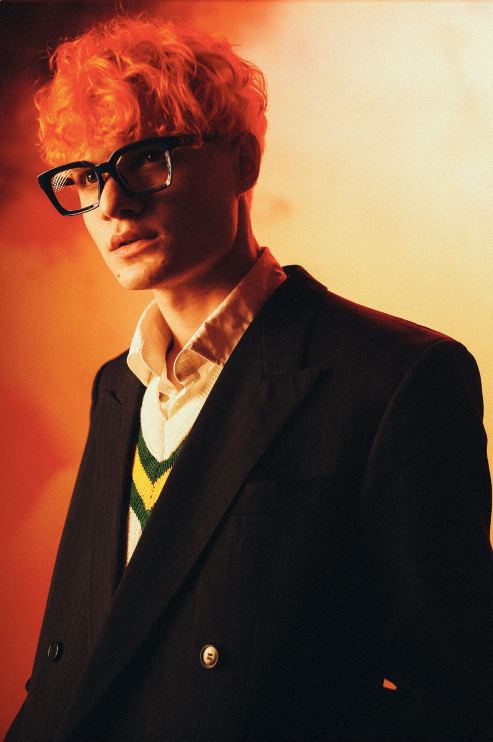 Petrified is about that feeling of being petrified because of the amount of information that makes it hard to understand what you really want.

“My Band Could Be Your Home is actually the title track for my album,” Marineris explains.

“I think the cool thing is that all of the songs are completely different. The first single (Petrified) sounds like a classic ‘80s tune. Prick is pretty punk rock. But My Band Could Be Your Home is gonna be like the most classic Marineris song that I could imagine. I think that this will be very uplifting and meaningful.”

“My studio is actually just in my bedroom,” Marineris says as the conversation turns in the tech direction.

“I wrote a whole album sitting on the same chair in the same room! The studio is really minimalistic, and that is what I love about it, actually. The most expensive thing is my laptop, which is a MacBook, and maybe that's all that you really need these days to make some music!”

Not entirely true in Marineris’ case, as he relies a lot on his interface, a Scarlett interface from Focusrite. “I’ve had it for three years, and this is all you need to record something and to get nice quality. I've done 90 per cent of my album on the Scarlett and I love it; I couldn’t have made this record without it.”

And for plugins, it’s Soundtoys, Valhalla and Arturia that do the business for Marineris. “I love Soundtoys a lot. I also love the Valhalla reverbs and use them all the time. And Arturia are the main ones for me for synths. I've been using a lot of synths and keyboards recently. I have the Arturia V Collection, which has the classic synth sounds, like Jupiter and Prophet.”

With the almost baffling amount of versatility displayed in Marineris’ singles so far and the fact he’s produced virtually every aspect of his creative process himself, to say he’s a name to look out for is a fairly gross understatement.

Marineris believes his band could be your home, and the viewings are open now. 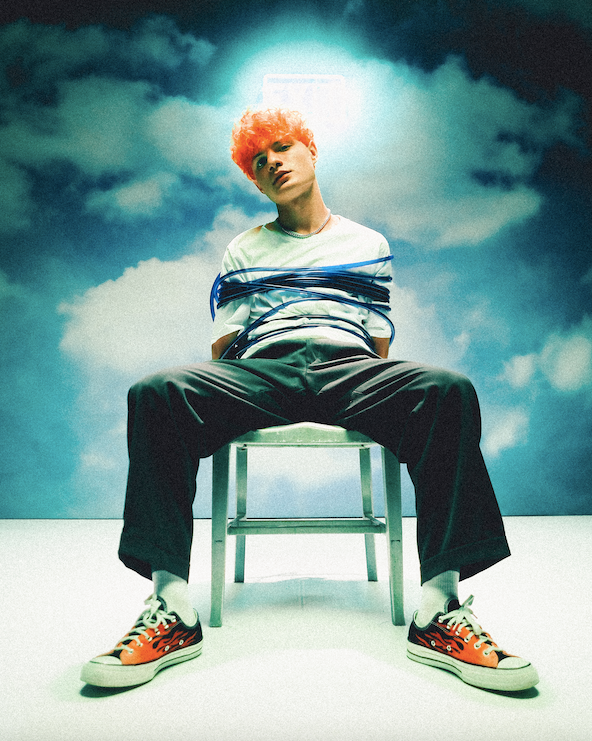