After hitting a glass ceiling in Australia, Mike Avenaim set his sights on LA, moving across the world to carve out a successful career as a musical director, drummer, producer, composer and mixer. The self titled ‘live music director’ explains why he celebrated his engagement by buying a vintage Ludwig drum, and how the AMS RMX16 500 series format inspires him to create.

Mike Avenaim is a man that wears many hats. The Australian musical director, drummer, producer, composer and mixer has directed multiple national and international tours, recorded on #1 charting tracks, has performed on stages all over the world and has appeared on Good Morning America, The View and Late Night with Seth Meyers.

Although studying classical percussion from a young age, as a teenager he only had eyes for the drums, leading him to win a scholarship to the Australian Institute of Music where he majored in contemporary performance and jazz. Eventually relocating to the USA in 2010 to focus on being a studio and touring musician has led him to pursue the career of his dreams.

“The classical thing for me growing up was not something I wanted,” Avenaim admits, speaking to Headliner from his home in LA. “My mother was really forceful in the sense of saying, if I was serious about becoming a musician, I needed real fundamentals. She's like, ‘you want to bash away on the drums – that's fine, but you need to be a classical musician at the core’. Growing up, I didn't appreciate it; I thought it was kind of a waste of my time. But as an older musician and somebody who's a music director and whatnot, having those fundamentals has been really beneficial to me.”

Being a multi-instrumentalist has helped Avenaim stand out as a musician: in addition to playing the drums he has also mastered percussion, the marimba, xylophone and vibraphone. Combined with his classical training, this has enabled the musician to carve out a successful career as a music director. On his move to the states, Avenaim feels he had reached his peak in terms of musical potential in Australia:

“Australia is a great place and it has an incredible music scene, but I always felt there was a glass ceiling,” he recalls. “I was in this position that I thought, ‘this is all I'm ever going to do if I stay here’. I had already come to the states a whole bunch of times to make records and just see what it was about. It felt like when I was here, what I was trying to achieve would be possible. It was this optimistic idea that it will all happen here. I always felt like everybody that ever wanted to achieve something bigger than what they could achieve, came here. LA just makes you feel like you can do it, and maybe that's all it is. I definitely don't think I would have what I have now had I stayed in Australia.”

Avenaim sees himself as a “live record producer” these days, although drumming is very much still a big part of everything he does.

“Over the course of time doing session work and touring, I had a desire to musically expand what I'm doing, so I ended up in the music direction. It has the best of both worlds: the production side of things, plus the live music side of things. When people ask what I do, I tell them that I'm a music director and then that obviously I play drums in most of the projects that I work on.”

It’s a curious thing that lots of musical directors are drummers, which Avenaim attributes to their natural instinct to lead an ensemble.

“A lot of people are usually looking to the drummer for the endings, the starts, the section cues and the hits,” he considers. “You just develop this ability to lead the project from that position.” 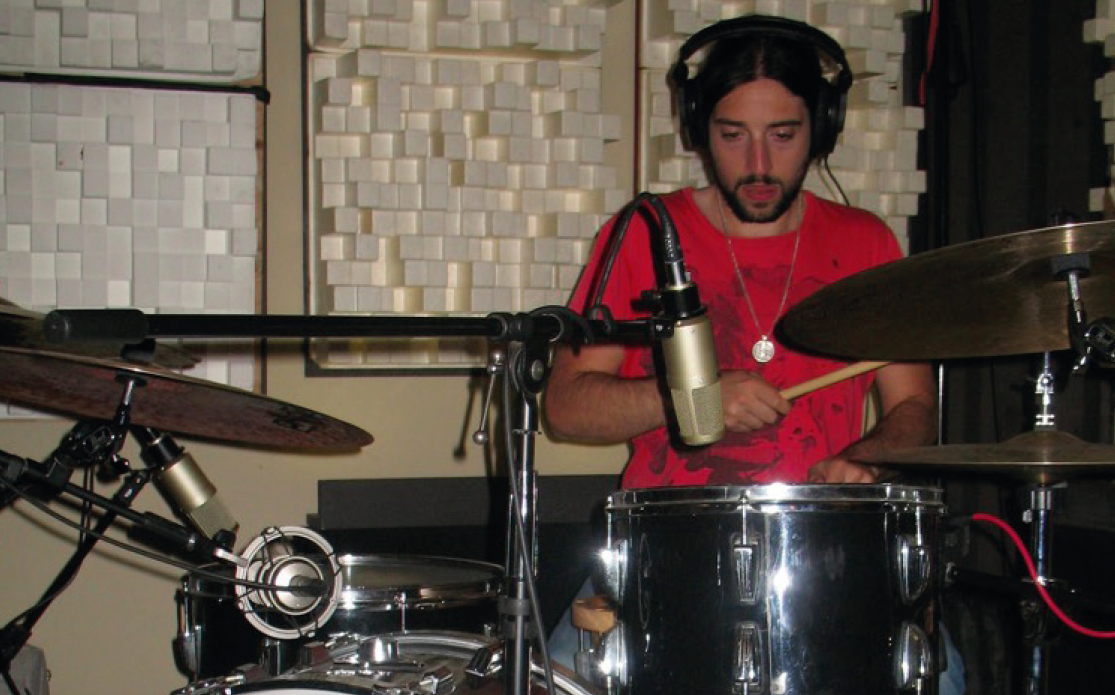 I really enjoy being able to physically grab the gear and blend in from there or watch the meters on it.

Naturally, he is rocking one hell of a drum collection, including a Ludwig drum from the late 40s which was rumoured to be the house kit at Capitol Records all through the 60s.

“I don't just buy random kit – I really try to be specific about what I buy,” he insists. “When it came to my vintage Ludwig kit, I knew I had to have this, and my wife brings this up all the time: the day we got engaged, I got a call about this kit, and we essentially went from where we got
engaged to buy this drum kit. So, we joke about this a lot where I was like, ‘well, you got a diamond; I got a drum kit!’”

Avenaim is a passionate AMS RMX16 user. A fan of kit with a history through and through, Avenaim knew that the microprocessor-controlled, full-bandwidth digital reverberator characterised an enormous number of seminal recordings from the 80s onwards. He is the proud owner of the RMX16 in a 500 series format, which opens up the sound once only available to premier studios to a much wider user base. Being an 80s kid, he missed that classic era of music the first time around, but has grown to appreciate it as he has got older.

“I'm obsessed with what it has to offer; there was so much cool digital stuff and a mixture of analogue and digital,” he enthuses. “There are various pieces of gear that I've become obsessed with over time from that period, and obviously the RMX16 from a drummer perspective is really important to that period. I think that's really important to be able to dial something in; I don't want to look at the screen,” he notes. “I really enjoy being able to physically grab the gear and blend in from there or watch the meters on it.”

When he was first told about the 500 series format, it was too good to be true: he thought it was a joke.

“Somebody sent me an email about AMS Neve launching this thing, and I had written back to him like, ‘yeah right haha’ – just presuming, why would that be a thing? I thought, ‘that's a brilliant idea!’”

After realising it was very real, he made a beeline for the Neve booth at NAMM.

“Literally the first thing I did when I got there was go to the AMS Neve booth because I was like, ‘I gotta see this thing’. I was stood there for 30 minutes just dialling it around; it’s really intuitive. I had never used the unit in a 500 series format, but it’s really easy to use. I had to have one.”

Avenaim is keen to dispel the misconception that this unit is only good for an 80s sounding reverb, regularly using it on bass, vocals, lead vocals, background vocals and guitars. “It has some really incredible sounding reverbs that can be utilised on a lot of stuff.”

Obviously, it's a standout piece on drums. Avenaim particularly likes to use it as an enhancement tool for the whole space of the kit: “So I might put it on an aux and then send the whole drum box to it – whether it's a really short verb or just spaces to make the whole space of the image feel more 3D,” he explains. “It works magically for that.”