The track and tour announcement is fresh off the back of the success of single Good Without, which has just gone silver and seen her notch up 10 weeks in the UK Top 20 (including two in the Top 10) and get a Top 10 radio airplay position.

The song was A listed at both Radio 1 and Radio 2, was Scott Mills’ Track Of The Week and saw her perform at Radio 1’s Big Weekend via BBC Introducing. Webb has also just completed her debut TV performance on ELLEN.

About the song, the Canterbury-born star commented: “I think we’ve all had ‘dumb love’ at some point! You fall crazy head over heels for someone, and it’s all about that fresh new love feeling you get. That ‘is this actually real’ feeling and sometimes, it’s the most real, because ‘dumb love’ really never ends.”

The accompanying visual directed by Elliot Simpson brings the story to life with a ton of emotion and a sharp sense of humour as Webb reconnects with an old flame at a wedding where everything else just seems to go wrong in hilarious fashion.

Webb is currently putting the finishing touches on her forthcoming debut EP, which is due out this year.

Webb’s first ever UK headline tour kicks off in Dublin at Academy 2 on Thursday October 28, visiting cities across the UK, and concludes in London on November 2 at Scala. 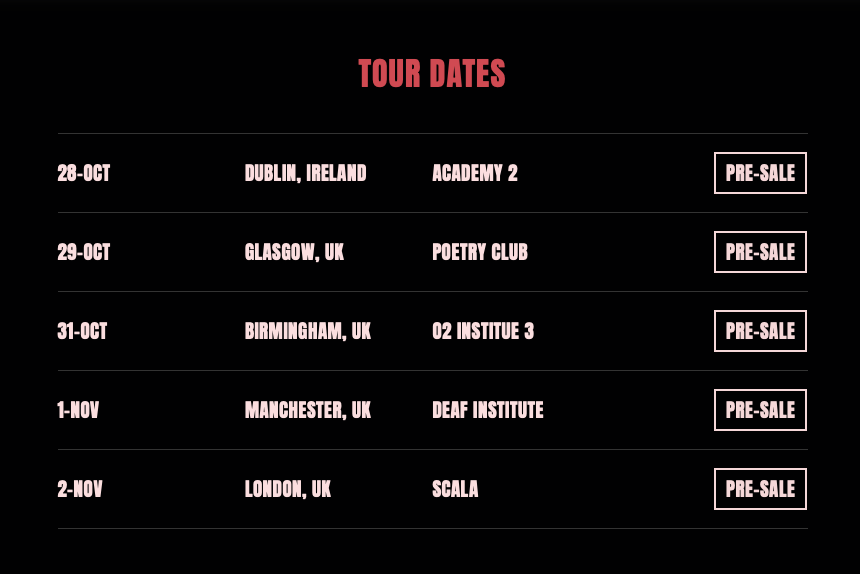 Inspired by the likes of Amy Winehouse, Emelie Sandé, and Sam Smith, Webb started writing songs of her own when she was 13 in diaries, before eventually learning guitar.

Around the same time, she enrolled in The BRIT School- known for alumni such as Adele, Amy Winehouse, Jessie J, and more.

Three years later, she left home, moved in with a host family, and attended the BIMM [British Institute of Modern Music]. In 2019, she uploaded a handful of early compositions and collaborations online, landed management, and inked a deal with RCA (Epic Records).

During a New York City dinner with friend Charli D’Amelio just before Christmas, her impromptu acapella (in the restaurant) exploded with over 20 million views on TikTok, paving the way for a string of original fan favorites such as Before I Go, I’ll Break My Heart Again, Reasons and Good Without.