Delito is the third single from her breakthrough debut album Calambre. The song describes an intoxicating relationship that is mixed with desire and lust, which sees Nathy flip the male gaze.

The Delito lyrics were written by Nathy and the music was produced by her frequent collaborators, including Rafa Arcaute and Fede Vindver as well as RVNES (Kali Uchis) and Pearl Lion (Bad Bunny, Juice WRLD).

The song is currently #44 on the Spotify Global Viral Chart, and it was also certified Gold in Spain and hit #1 on Billboard Argentina's Hot 100 chart. 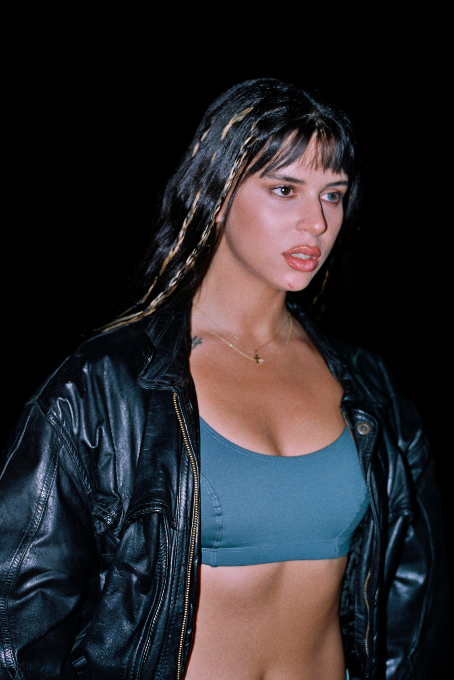 On her bold debut Calambre, the Barcelona-based, Argentine-born artist, shows off her stylistic versatility, including sharp hip hop, sleek retro R&B, even a modern take on old-school salsa.

Nathy was born and raised in the working class neighbourhood of Saavedra in Buenos Aires. When she was 10 years old, her family moved to Alicante, Spain, in search for better economic opportunities.

She grew up in a music-loving household, listening to a wide range of artists from Gloria Estefan and Caetano Veloso to Argentine rock such as Pappo’s Blues and folk like Atahualpa Yupanqui, while attending dance classes and singing in her local chorus.

As a teen, with a smartphone in hand, she discovered hip hop through artists such as Notorious BIG, Snoop Dogg, 50 Cent and Timbaland. Even though Nathy couldn’t understand the lyrics, she was immediately enthralled by hip hop’s attitude and irreverence.

Early on, she discovered she could rhyme just as she could harmonize, as evidenced in fan favourite anthem Corashe, and 2020 track Business Woman.

“I get really bored being the same person," she says. "I like to dig for characters inside of me. Sometimes for drama, sometimes to laugh, cry or get angry. It’s all a reflection of what I have inside me, that intensity.”

'90s and early to mid-2000s pop culture influences such as Missy Elliott, Christina Aguilera, and Beyoncé are vividly represented in Calambre (which means “electric shock” in Spanish).

“I just love the records from that era, the melodies of the catchy hooks and the over-the-top pop aesthetics,” she explains.

“My career is entertainment, not just music,” says Nathy of the fearlessness that drives the overarching concept for the album, including the Grace Jones-inspired album cover.

“I’m the one who takes the plug and causes the shock – of passion, happiness, whatever it is, I want to stir people’s guts without them being able to contain themselves.”