SHAB on life lessons and music: “If something is your calling, you will find a way”

American artist, SHAB has not had an easy journey, although you would never guess it from her positive outlook on life. An Iranian refugee who moved countries twice before she turned 15, working three jobs while learning English and a stint at law school – a music career couldn’t have been further from a young SHAB’s mind. Now a mother of two, the singer-songwriter reflects on her journey and getting her big break in her 40s, explains the inspiration behind her new music, and shares why she looks at life like a series of computer game levels. Game on.

You have such a positive outlook in life; why is it so important to you to help others?

A lot of people are suffering from anxiety and mental health problems. When I focus on helping other people and I put my focus on them or do something nice for someone, guess what? All of those false delusions disappear. It's amazing. It could just be a text or something motivational, but it just makes my day so much better, and I forget about my own problems.

There's other people that have less than me, so I bring it back to gratitude. It's something that I do on a daily basis.

It's like a video game. I honestly think life is like The Matrix movie or like a video game because you just keep going on to the next level. It's like, ‘Okay, you passed this level, you're good. Now you get new wings to go to that next level, and you get a new life’. So I always see life in the sense of a video game.

But of course, it's real life, and you could bleed, you could be hurt. But you’ve just got to protect yourself, your heart, your mind, your spirit and your soul and to live in gratitude; gratitude changes everything. It really does. 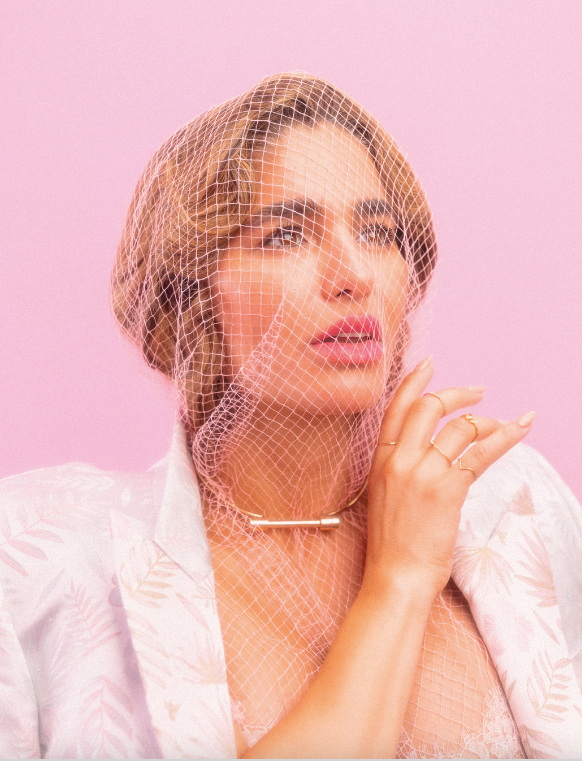 I always see life in the sense of a video game

Your outlook on life is inspiration, especially when you factor in your upbringing. Raised in Iran, you are the youngest of 13 children and were raised by your mother after your father passed away. You relocated to Germany when you were young and then the United States to join your family in Baltimore. This sounds like a tumultuous time; what are your memories of this time?

I was raised by a very strong female. My dad passed away when I was six months old. I always thought I would definitely be a daddy's girl just because my dad was the lover – my mum is the discipline! But maybe I wouldn't have turned out the way I am [laughs].

I really lucked out with my mom, she's a frickin angel, man. She gives so much of herself to others; I remember she would make all of this extra food and give it to the poor.

How did having such a strong female role model affect your outlook on life?

She never pushed religion on us, but she would say, ‘Just be a good person’. That's very important. She always bestowed on us the importance of having a kind heart and to be respectful. She was a hard mum, but in a really good way.

I honestly am everything I am because of my family, my brothers, my sisters, my mum – it's been such a blessing. She raised 13 of us by herself, but she didn't turn to drugs, she didn't turn to alcohol or smoking – nothing. She didn't get married.

She basically gifted her life and sacrificed her youth – she was so young and beautiful. Even today, she still loves my dad. Having a strong and strict parent, I honestly think we really need that in our society more than ever, because things become so contaminated now. There's social media and YouTube, so we have to protect our kids and our minds.

What were your early musical influences when growing up in Iran and Germany?

In Iran we would have dance parties. I remember break dancing and Flashdance and all that. I loved that movie and those songs. I didn't know what they were saying! But I thought it was so beautiful. I liked Abba, Michael Jackson, and The Bee Gees.

Germany was more like the late ‘80s and ‘90s stuff like Ricky Martin when he first came out, Jennifer Lopez, Tupac, Bono and the jazzy stuff like Ella Fitzgerald and Frank Sinatra. 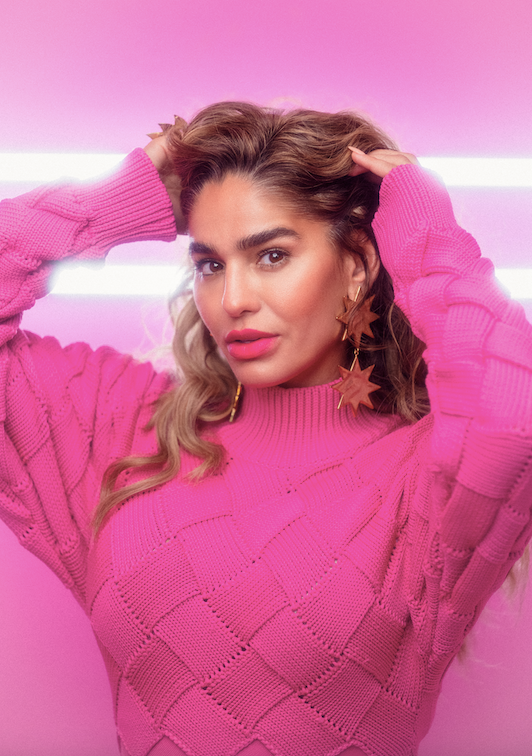 If something is your calling, then do it. Don't second guess it, you will find a way

You made the trans-Atlantic trip to America by yourself at age 14 with one small suitcase and American high school awaiting. How did you adapt to that big change?

I didn't speak a word of English. I spoke German because I lived in Germany for a while and went to boarding school. I loved Europe. When I was there I was so independent at age 12. It's just so safe there, so I love Germany! My home is America though, I am an American citizen.

When you got to the US, you learnt English while working three jobs, and when you finished high school and graduated college you immediately attended law school but soon left to pursue writing and performing music full time. When did you realise that music was your true calling?

I wanted to do something in law because I felt like if I knew law, then I could help people in a different way. I was sitting in a classroom, looking at the board and I thought, ‘Oh, this is not what I really want. Why am I even starting this? I’ve been in school all my life’.

I dropped out without telling my family and enjoyed Florida for five months. That was nice – I needed that rest! That was kind of like an epiphany, where I thought, ‘Where's my life going?’ That's when I just decided I was gonna do music.

How did you come to work with Grammy-winning producer Damon Sharpe, who has produced tracks for Ariana Grande and Jennifer Lopez?

I was already doing Persian music by then, and I came across Damon Sharpe and I saw he's a family guy. That was really attractive to me because you hear stories… but he's such a good guy. He gets my vibe and he's produced for Jennifer Lopez and Ariana Grande, just to name a few.

It's such a blessing when you kind of surrender to the universe; something magical happens. The universe just says, ‘Okay, you're ready for this next stage’. It's almost like being in a video game again. Let it flow and things just happen. Embrace it and surrender to them.

What do you want people to feel when they hear your music?

Your debut English language single, Spell on Me amassed over 2 million YouTube music video views. How did this song come together?

I never wrote songs before, but I knew that one day I would have the courage to and I knew I would be good at it. I put my mind to it, tapped into that power and then I did it. I was like, ‘You know what, Damon? I have an idea: why don't we do a song that has a Middle Eastern beat with a world pop sound, and bring those two worlds together?’

He said, ‘I love it. Send me everything that you have’. Some people said to me, ‘You already tried to get away from that Middle Eastern vibe, why are you going to do it again?’ I said, ‘Well, that's part of me’. I listened to my gut, and I did it anyway.

I honestly am everything I am because of my family

The music industry is notoriously hard to crack for anyone. Do you think that getting your big break as a mother of two in your 40s sends a positive message to other emerging artists?

I would love to inspire other women that are married and that want to go after their dream. Maybe it's not singing, maybe it is writing comedies, or they want to be a designer. It doesn't matter. Who cares about age?

Does 40 have to be a certain look? Just think of it like a level again in terms of the lessons on Earth. Age doesn’t mean you can't do something, and there’s plenty of people that are going to support you when you're authentic and when you love what you do.

Don't worry about how it's going to happen. Take one day at a time and go after your dreams. Don't ever let that dream die, because that dream will die with you.

What inspired your new singles, What I Do and Skin & Bones?

What I Do came out of a traumatic time. The place I was in was hurtful and it’s about the darkness I was going through, and all I wanted to do was to stay in that darkness. I was just like, ‘You know what? I'm gonna own it. I'm gonna stay in this until I figure out how I can really come out of it’. I don't want to sugarcoat it. I don't want to sweep it under the rug. I'm going to face my fear and I'm going to face my demons right now.

I just sat down with it. It was painful, and I would just cry. But I thought, ‘No, I got this’. Basically, it's God's love that healed me through that pain. It was the angels that were invisible, but they were there. I felt them. It's just like that heat on your body. You can feel it. I'm really connected to the universe and God, so that song came out of that experience and I was able to put it into words. 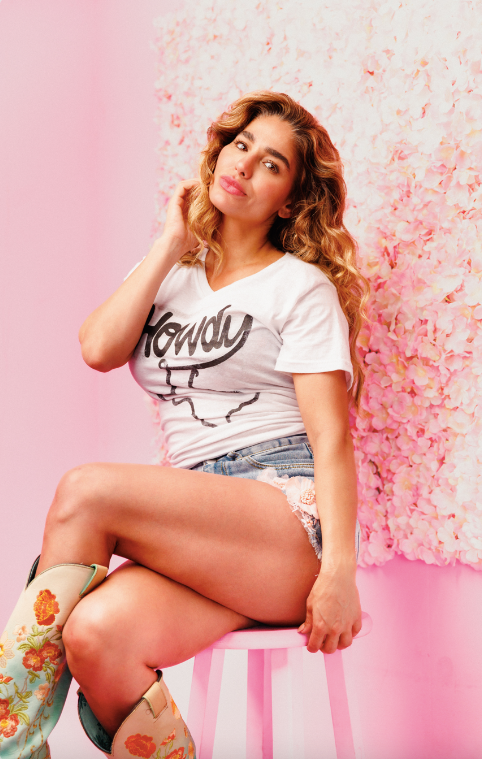 Skin & Bones came out of a traumatic experience. My partner Rob, whom I have two babies with, was in a catastrophic car accident and he almost died. When I was in the studio one day, I was feeling uneasy.

I should have been happy. I just did my first major music video and I'm recording my next song – it should have been a happy day for me, but I was feeling really sad. I felt something bad. The police called me and said that Rob might be dying after being in a car accident.

I saw him in a hospital, broken in pieces, and I didn't know what to do. I have two little babies, I’m doing this career. I just said, ‘God, please save him; we need him’. He answered my prayers because he healed Rob. All I did was pray, and my life just kept getting better. It's like passing those stages in that video game and you just keep going to the next level.

Your next album, Euphoria is out this year. What can fans expect?

Euphoria is going to have a different sound. I've grown into my music so much and I'm more confident in my voice and the way I'm trying to relay the message now. All my songs have a meaning and a message. I wrote a lot during the pandemic, and I was just so sad and I would cry a lot for the world.

There's a song that's called Indestructible, and when I wrote that, I was thinking, ‘We're superhuman and our bodies’ healing capabilities are so powerful that we can literally heal ourselves’. So I wrote that song about the pandemic and about getting stronger than before. There's a lot of really inspirational songs on it. I'm really excited for the second album!