Shane Benson: Playing For The Music

Being a successful session and touring drummer for acts such as Kylie Minogue and Katy Perry was born out of a desire to be uncomfortable for Shane Benson, who advises aspiring drummers to play for the music, know their shit – and don’t be an asshole.

“My family aren’t very musical, although my dad used to play some records at home from time to time,” recalls Benson. “I was attracted to percussion first and foremost from my primary school band. It just looked like the most fun to play – the most toys and sounds to mess around with! Maybe I was a slightly ADD kid,” he laughs.

In secondary school, he started to take his hobby more seriously:

“I was really into a few different bands, and I really wanted to do what they were doing. I was hugely Inspired by Travis Barker; I think he was my first influence. I loved his energy and creative part writing. That was probably what hooked me in the beginning – I just wasn’t sure how to make it work. I wasn’t very academic at school and was always drawn to creative and hands-on, physical activities,” he shrugs.

No one wants to tour or work with an asshole – no matter how well you play! Shane Benson

That didn’t stop him from pursuing his dream: Sydney born and raised, Benson completed a Bachelor of Music from the Australian Institute of Music - majoring in contemporary drum percussion performance and jazz, later carving out a name for himself as a hard working and talented drummer on the Australian music circuit.

A member of the X Factor Australia house band for six years, Benson also worked as both a percussionist and drummer in the live band on The Voice Australia, and performed on Sunrise, and The Morning Show – to name a few.

“It was a really great time for me,” he reflects. “I met a lot of my closest friends and started doing some of my first major session gigs off the back of it. Plus, seeing how those shows work behind the scenes was super interesting.” 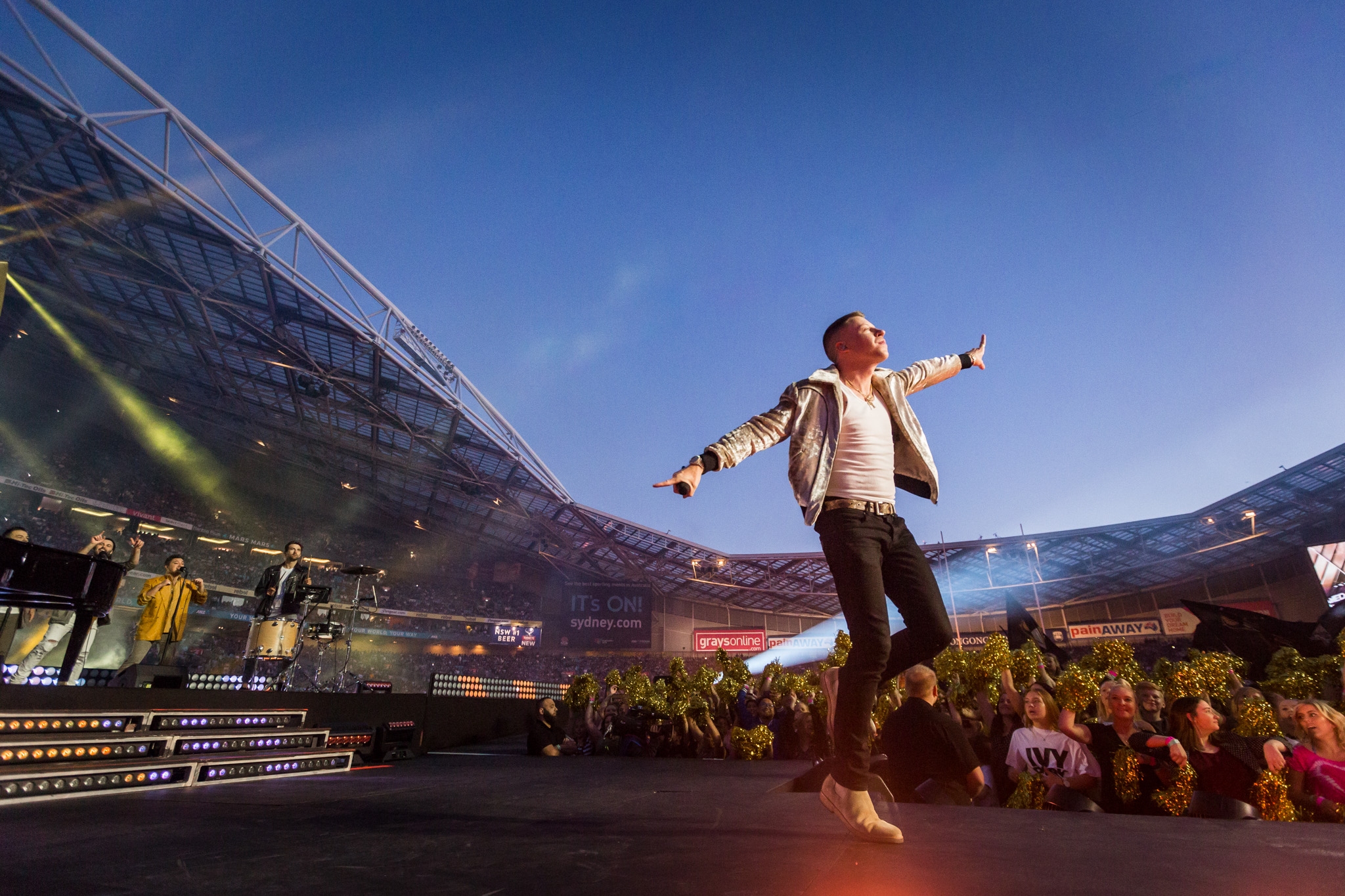 “Those TV gigs are always super fun and interesting,” he says. “The Macklemore one was special: it was for the NRL football Grand Final Entertainment during the time where gay marriage wasn’t yet legalised in Australia. We played a long medley, and one of the songs was Same Love – which at the time was hugely controversial. It was quite an incredible moment and helped spark a lot more conversations with some of the conservative types.”

Now based in London, with a busy schedule and a growing number of gigs and studio session work, Benson’s confidence allows him to easily adapt and perform in many musical situations.

“I had itchy feet for a long time and really needed to live somewhere else,” he says on his move to the UK. “I don’t know why...I think it was a curiosity thing. I just needed to be somewhere else for a while – potentially forever! I really do think there is a huge amount of musical opportunity here in the UK, and the hustle is real!”

Although Benson still has strong ties with Australia:

“I get asked to do UK and EU touring for artists that can't bring their Australian band over,” he says. “Sometimes I go to the US as well – I’ve been working with Lastlings, an electronic pop duo from the Gold Coast for over three years now. I have a strong relationship with them and they are kind enough to keep me on board for international touring.

“Australia is an amazing place and I feel lucky to be from there, but I was kind of comfortable,” he explains. “I wanted to be uncomfortable and try something different.” 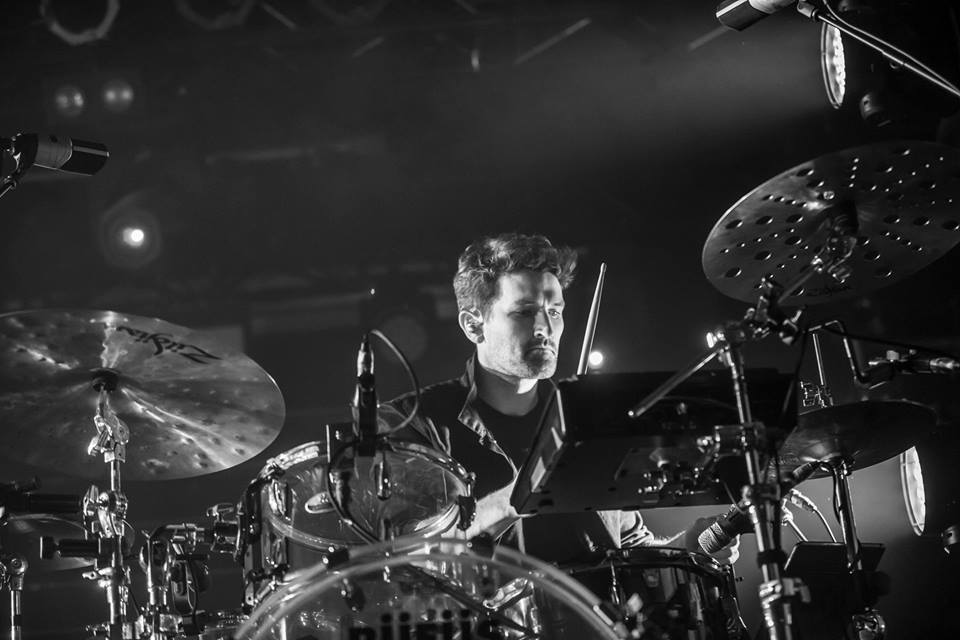 I wanted to be uncomfortable and try something different. Shane Benson

“I’ve been fortunate to meet a lot of really great people who have helped me get started over here,” he says. “I’ve been doing a lot of filling in for other drummers, some musical direction work for new artists, and I’ve been doing quite a bit of studio work.”

Benson sometimes receives a last minute call for a job, which he insists is a welcome challenge:

“It’s a huge workload to learn a whole set of music in a short time! I got asked to fill in for Rüfüs Du Sol on the European leg of their tour; I was contacted two days before to play four shows, starting in Amsterdam – with no rehearsal. I’ve got a few systems in place that I use to learn and retain material. But the first show is always a nerve racking one!”

What would Benson advise for any budding session drummers?

“Play for the music, don’t over play,” he answers. “You hear that said a lot, but it couldn’t be more true. Also, just being a decent person is super important. No one wants to tour or work with an asshole – no matter how well you play!”

“Believing in the people you work with is important too,” he nods. “Being professional and prepared is also paramount. Learn the material; turn up knowing your shit, and be in a good headspace. I think keeping fit and eating healthy is very important too, so I prioritise that. I avoid drinking too much – I definitely choose my battles wisely on which nights to have more than one or two,” he grins.

“I love DW drums and Zildjian Cymbals’ products, and they are a big part of my sound,” he enthuses. “They are super reliable, and their tour support is great. A lot of my gigs lately have incorporated electronics, and I mainly use Roland stuff because their gear is so reliable and easy to use. Saying that, I like to play any sort of vintage gear when I get the chance. That would be mostly for studio sessions though.”

Benson shares that a lot of live shows these days are supported by backing tracks.

“It’s super common and I think it’s almost become a staple in a show to have playback and backing tracks. These days it’s quite important to know your way around these systems, so I’ve just taught myself how to do that and have been helping artists I work with to create their vision.”

Having played with so many talented artists already, who else is left for Benson?

“Queens of the Stone Age are one of the coolest bands out there,” he answers. “And I think Jon Theodore is a complete badass. If I could ever step into those shoes in an alternate universe for a day, that would be wild!” 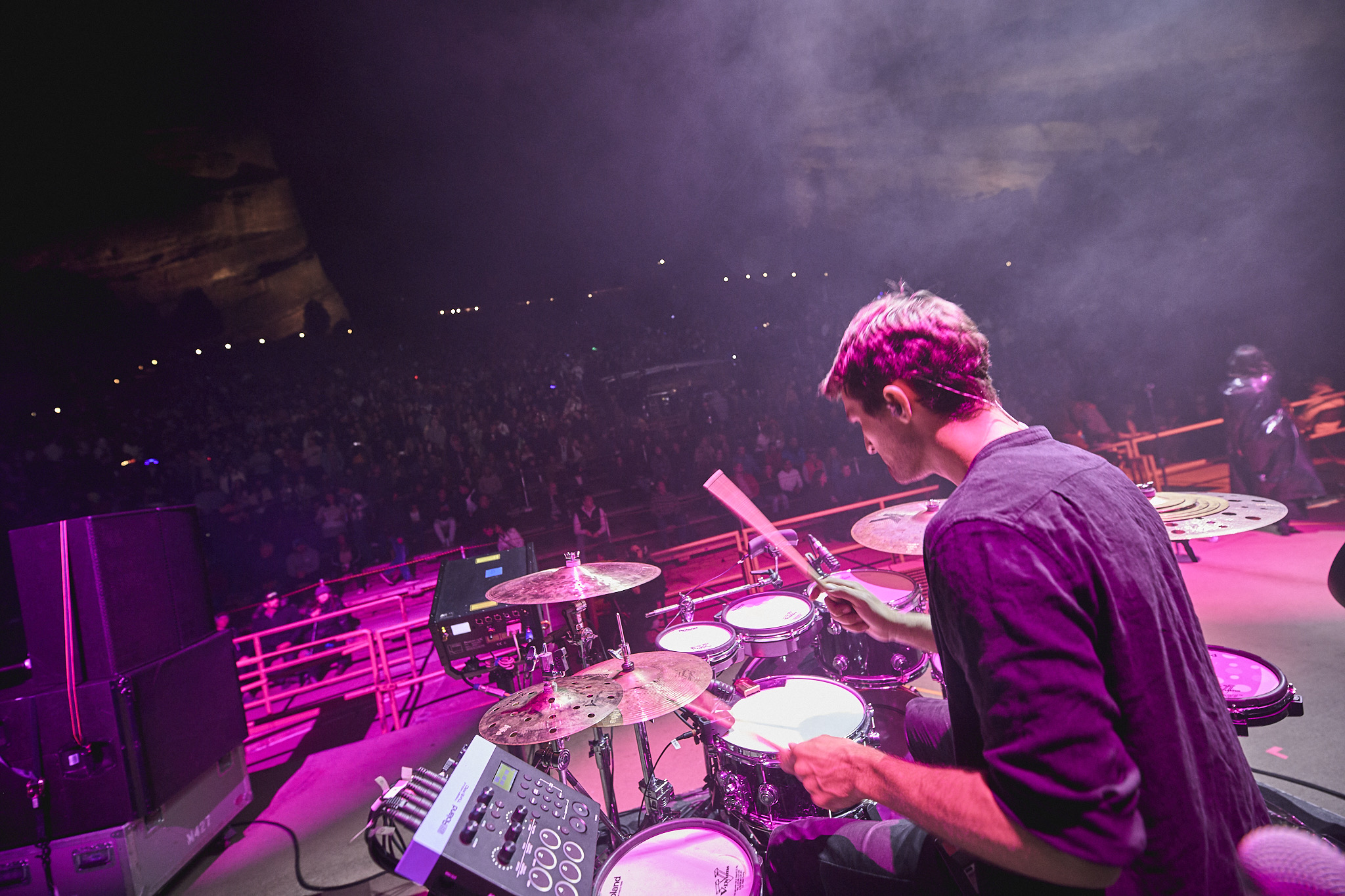