The HeavyTrackerz: Whipping Up A Storm

It says a huge amount about the meteoric rise of London’s grime genre that many of its artists who championed it are tagged with the word ‘legend.’ And it's also positive that not only the mic-wielding emcees get the plaudits, such as Skepta and Dizzee Rascal, but also the producers behind the scenes. One name that is really emerging from the dark corners of the studio are the masked and acclaimed duo, The HeavyTrackerz.

After the UK Top 20 success of their beat for Meridian Dan on German Whip, The HeavyTrackerz’s credits became a who’s who of the genre with the likes of Skepta, Dizzee Rascal, Stormzy and many more. As they further pursued their own artistic path with the release of their new album, Trkrz Fm, Headliner grabbed a chat with Teedot about their journey from making music on an old Playstation, to the place they sit today.

The roots of grime are mostly traced to such London locations as Newham, Tower Hamlets and Tottenham, but The HeavyTrackerz and a certain Lethal Bizzle’s upbringing in Walthamstow mean this north-eastern area of the capital is certainly worth its salt also.

“These places like Bow, Hackney, Stratford, they’re all within 10 to 15 minutes of each other,” Teedot tells me. “And it was the youth centres where everyone would end up going. So as a kid, you could catch a glimpse of Dizzee Rascal or Wiley.”

With their names appearing on their tracks and their incredibly distinctive masks made from lego, I ask Teedot if the plan was always to go from behind the scenes producers to artists at the forefront.

“It was always part of the plan,” he says. “I think with our background [Teedot and his musical partner G Tank moved to the UK from Congo at a young age], we were always fond of people like Daft Punk, Deadmau5, that sort of thing. We didn't want to be people just behind the keyboard. I can only think of a few acts that have done it – Rudimental, Calvin Harris.

"One of our major influences were people like Basement Jaxx, but we didn't know who was in the group! So the idea was to make sure that eventually, our name would be at the forefront. The Americans do it all the time, so we wanted to bring that over here as well.” 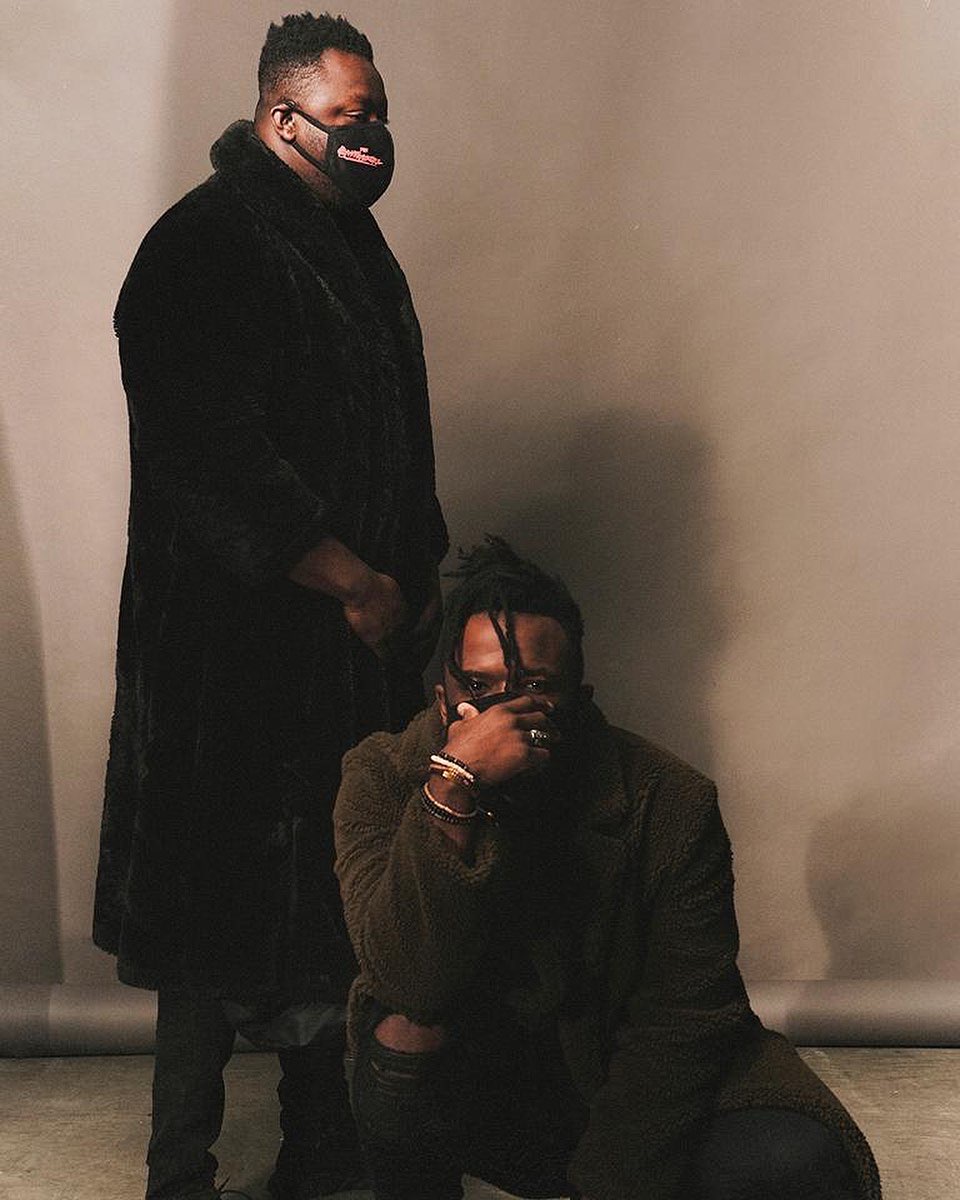 We've come to learn that the one song that you're not very keen on is the one that will open doors for you.

The noughties was undoubtedly the breakout decade for grime music, but the beginning of the following decade saw a quiet period, that is until 2014’s German Whip was released by Meridian Dan and featured artists Big H and JME. It’s credited with bringing a great resurgence to the sound, as the likes of Skepta and Stormzy followed with successful singles.

“It was our breakout moment, even though we hate to admit it,” Teedot says, despite the fact the song charted at No.13 in the UK. “Because we didn't think much of the track, nor did we even think much of the instrumental because it wasn't one of our best.

“But we've come to learn that the one song that you're not very keen on is the one that will open doors for you. And the ones you spend X amount of money on the mix and master with a £10,000 video sometimes doesn't do much! Our phone hasn’t stopped ringing since then.”

The HeavyTrackerz didn’t start out on FruityLoops or GarageBand, but rather on their Playstation.

“We started using Music 2000 on the Playstation,” Teedot recalls. “That's how we started. We were making these Playstation beats and then we were burning those on to CDs. And then we were shopping around really, with little stickers on them with our phone number.

"And I remember one time we had heard that Lethal Bizzle was going to be in a particular restaurant in Walthamstow and we waited outside to give the CDs to him and his friends. I don't know if he even remembers the story!”