Two Weeks In Nashville: All About Now

Spending a couple of weeks in Nashville did wonders for UK-based Billy LeRiff, Jonny Faires, Marc De Luca and Ian Wilson, and would go on to inspire a lot more than their band’s name.

Rising indie band, Two Weeks In Nashville had hit a brick wall in terms of musical inspiration, and a trip to Tennessee’s capital turned out to be just the ticket for the group, who came together through their shared love of the sounds, energy and extravagance of the great rock bands of the ‘60s and ‘70s.

“We were lucky enough to go to Nashville just to experience life,” begins aptly-named lead guitarist and vocalist, LeRiff. “It was incredible, and we hadn't experienced anything like it. It's just so full of positive, really welcoming people: it's music-city! It's literally the music capital in the world, with music going on 24-7 right down the main strip. It really opened our eyes and ears to the other side of the world and gave us a different way to look at things.

"It essentially changed our music; the whole sound and everything came from the experience we had there. We spent two weeks on our first trip there and fell in love with it. So we had to call the band Two Weeks In Nashville!”

The band’s time overseas was well spent, and saw them work with a number of different writers that inspired fresh, new material. Consisting of members LeRiff, bassist Faires, guitarist De Luca and drummer Wilson, Two Weeks In Nashville’s work ethic is second to none, and they embody a rawness coupled with a dynamism and attitude that sets them apart from their counterparts.

Although this electric onstage presence has admittedly been harder to capture during the lockdown period, which has seen the band holed up in a house together doing a lot of online gigs.

“To be honest, the timing was quite good for us,” says LeRiff a little guiltily. “Everyone had just moved in literally as lockdown was beginning, so it worked out quite well for us in that respect. It's obviously been a very strange time for everyone though – particularly for the music industry as we’ve not been able to play live shows and do what we had planned.

"But we've been very lucky in the way that we've been living together over lockdown, so we've been able to stay productive. We've got a little studio set up at home so we've been writing, recording and rehearsing a lot every day quite religiously, and we’ve been producing music videos for a few songs we put out at the beginning of lockdown which Jonny (the bassist) has been editing, which is pretty cool!”

And the productivity doesn’t just extend to their music:

“Marc and Ian have been doing a lot of fitness workouts every morning. Occasionally I've done my own little routine, but I'll let them be them...they're pretty intense! Marc fancies himself as a bit of a chef – being half French and half Italian – so it’s been Michelin star cooking throughout lockdown!”

The young indie rock collective spent the first part of 2020 honing their craft on stage with performances across the country, including sell out shows at the O2 Academy Islington and the Camden Assembly – both selling out within a day of going on sale. What’s it like to suddenly adapt to virtual gigs?

“It’s strange,” he admits. “We've done it a few times. It was weird at first, but we've got used to it. We've been teaming up with a few different venues because obviously you can't go out and play in the venues and play to new people, so we've had to find other ways of doing it. We managed to play in Prague, virtually, and we had another live stream for Hamburg TV in Germany. That was really cool and was a different way of reaching out to new audiences and new potential fans. Hopefully after lockdown people will want to come see an actual live show!” 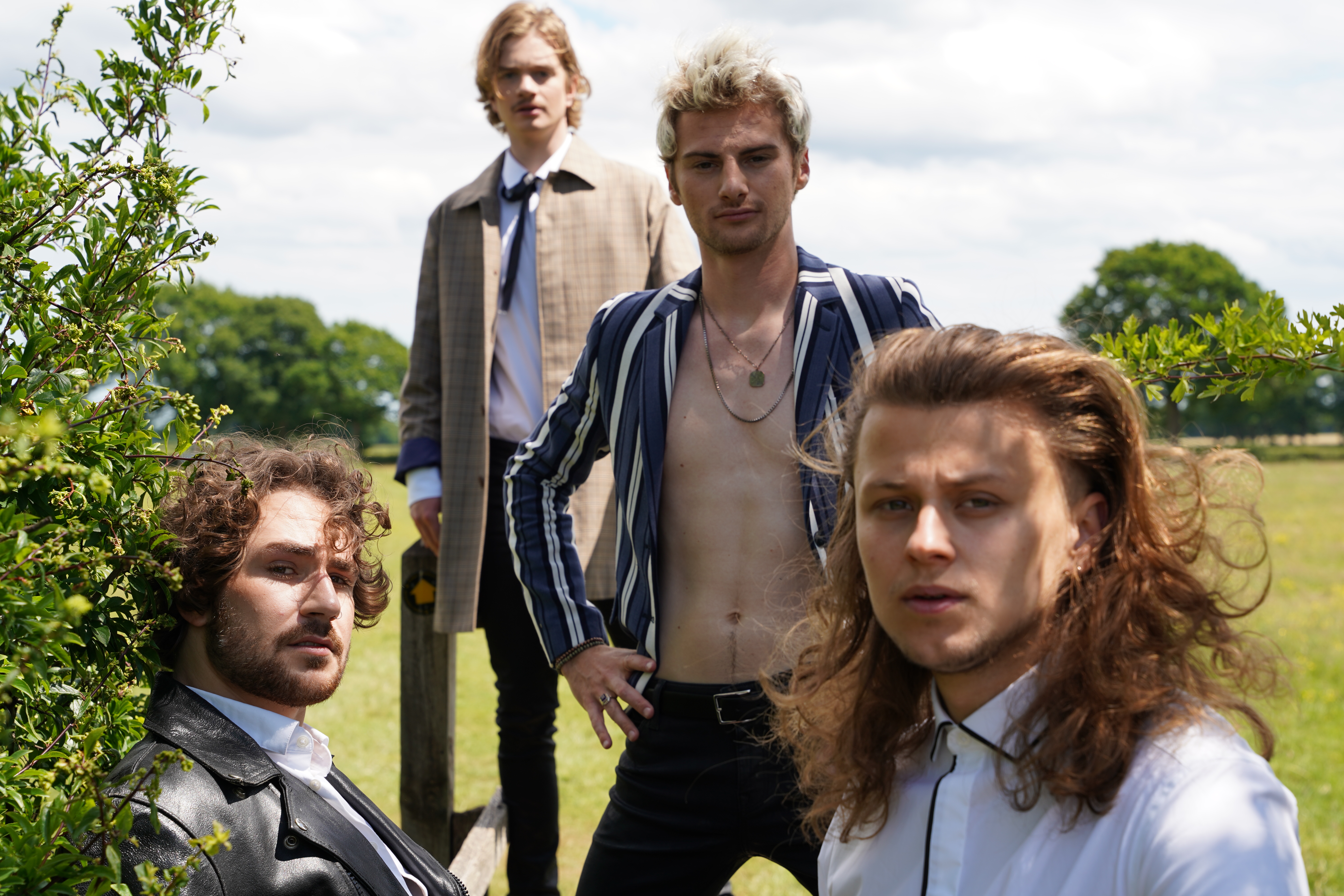 The band were due to play their first European support tour this year, which was cancelled – although this hasn’t dampened their positive outlook:

“It's a shame, as that was our first proper tour with loads of shows,” he sighs. “We're a bit of a positive band and we want to create a really positive message when we play live. We make sure people enjoy themselves, have a good time and get away from the stress of whatever might be going on in their lives by having them kick back and listen to some old school music.”

Inspired by The Who, The Stones and U2, Two Weeks In Nashville draw heavily on these ‘old school’ music inspirations, whilst injecting their own modern twist:
“We've grown up listening to ‘60s and ‘70s rock, and we always fall back into playing that whenever we pick up our instruments,” he says.

“Our sound really came from the freedom they had back then for creating new sounds and making mistakes, which I think a lot of artists and bands are almost afraid to do at the moment.”

LeRiff is delighted to point out that there are “plenty of mistakes” on their records:

“When we were recording, our producer and manager said, ‘The mistakes are staying. It's all part of the sound; it's character!’ That was his favourite word,” he laughs. “We take some of that rawness and edginess they had in the ‘60s and ‘70s and combine it with the sound of bands like U2 and Coldplay. We're big fans – we love their positive outlook and the way they play shows.”

When it comes to writing songs, LeRiff says that they all “have a fair go at it,” and that they seek inspiration from a combination of their own experiences – with a touch of artistic license thrown in:

“We'll all write down our own ideas that could be the bare bones of something or a full song, and we bring it together in the rehearsal room. We just keep writing loads and hoping that every few songs, there will be one that's tangible and worth working on.

"I think it helps to write something that will connect with people, so that works if it's an experience you've had, but obviously you've got to dramatise it. Sometimes everyday things tend to be a little bit tame and boring, so we do spice them up a little bit,” he laughs. 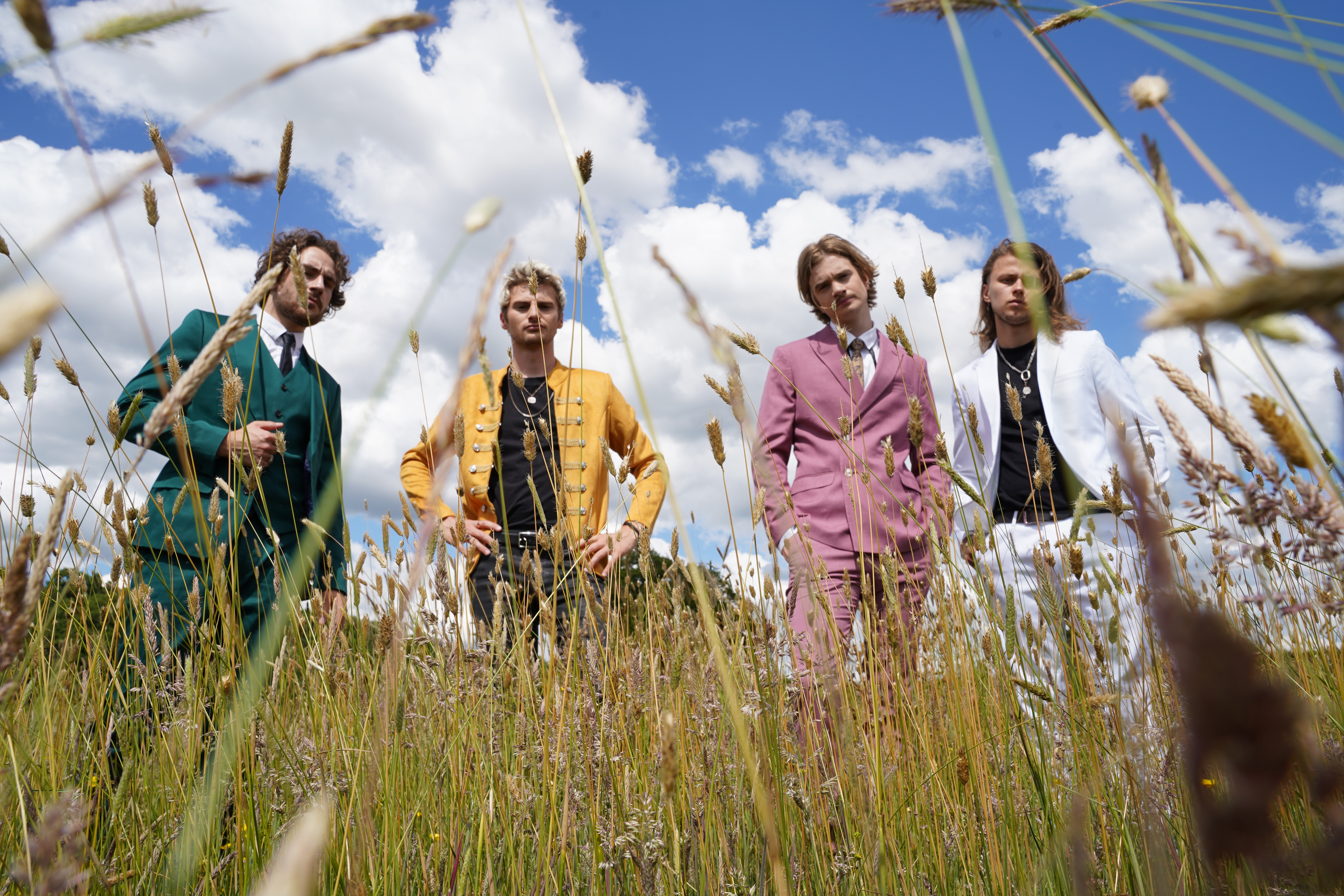 The band have used lockdown to put the finishing production touches to their radio-friendly, upbeat new single, All About Now – which was recorded earlier this year in Nashville and is taken from their forthcoming debut album, Paper Planes And Razor Blades.

Inspired by their time in Nashville, the song is about people coming together and living in the moment, and was the first song and starting point for the album.

“It is all about people coming together and living in the moment,” LeRiff confirms. “We were in such a positive atmosphere when we wrote it, and we just wanted to capture that moment so that when people listen, they can be in that moment – whether they are just listening to music, commuting, or switching off from everything around them and just being present.”

The bones of the track were written in a day – the arrangement changed later as the demo was an acoustic version.

“It didn't take too long at all,” LeRiff recalls. “We were just so in the moment with the lyrics and the positive feelings, so it was quite a quick one!”

All About Now is produced by record producer Brian Harris, who has a history of collaborations with a wide range of artists including Pink Floyd, Keisha White, as well as a current cut on the new Stormzy album, Heavy Is The Head.

“Brian is a good, fun guy – we do like to tease him. He started managing us and then he was like, ‘Right, I want to produce you’, which was cool for us because he's worked with some cool artists in the past – and obviously presently with Stormzy,” he adds quickly.

“He has the experience of working with ‘60s and ‘70s music, and he wants to capture that with our sound. I'm pretty sure it's a lie, but he said he was a member of The Rolling Stones once, but I don't believe him…”