A 19-year-old South African superstar in the making, Johannesburg’s Tyla is fresh from the release of her huge debut single, Getting Late. It comes with a jaw-dropping music video — which looks like it cost hundreds of thousands of dollars to make but is actually the result of Tyla and her closely-knit team hustling to get it made. Tyla opens up about the song, the unique beats and dance moves of the Amapiano genre sweeping across Africa, and the dreams she holds for her career.

Speaking with the ultra-talented youngster, who is in her home city, which is “locked down still, but not too hectic”, I confide that I can’t quite believe Getting Late is her first official release as an artist. Belonging to the Amapiano genre, it’s a dangerously addictive song, with its nocturnal bass, Tyla’s Mariah Carey-meets-Ariana Grande vocal refrains, and all-around excellent production from the track’s featured artist and up-and-coming producer, Kooldrink.

“In high school, which was 2019, I was discovered by my manager,” Tyla says. “And that year, we were just recording and exploring my sound because it was the first time I've ever recorded in general. And it was with Kooldrink, actually. So late that year, we came across Getting Late. We knew it was a song we wanted to debut with, and the whole process was very natural.

"We had no expectations, but it ended up being crazy. My manager actually directed and shot the music video – we did it as a small team. I'm super excited that everyone's receiving it how we would like them to, and we're excited for the future.”

Tyla is very much part of the generation who is able to gain massive traction via TikTok, an app that was of course huge before Covid, which Tyla points out has become even bigger during lockdown.

She’s certainly not someone who has to force herself to post on social media; she tells me she loves posting videos of her sharing dance moves that originate in South Africa, and took the opportunity to encourage her 842k followers on the app to post their own videos dancing to Getting Late.

“It just blew up,” Tyla says. “I never decided to get on TikTok just to promote my music. I enjoy making videos, it's something that I genuinely like doing. And the fact that I was able to broaden my audience through that and create a challenge that a lot of people are doing, it just took things to the next level. It helped me connect with my supporters from all over the world. So it definitely did play a huge part in the success.” 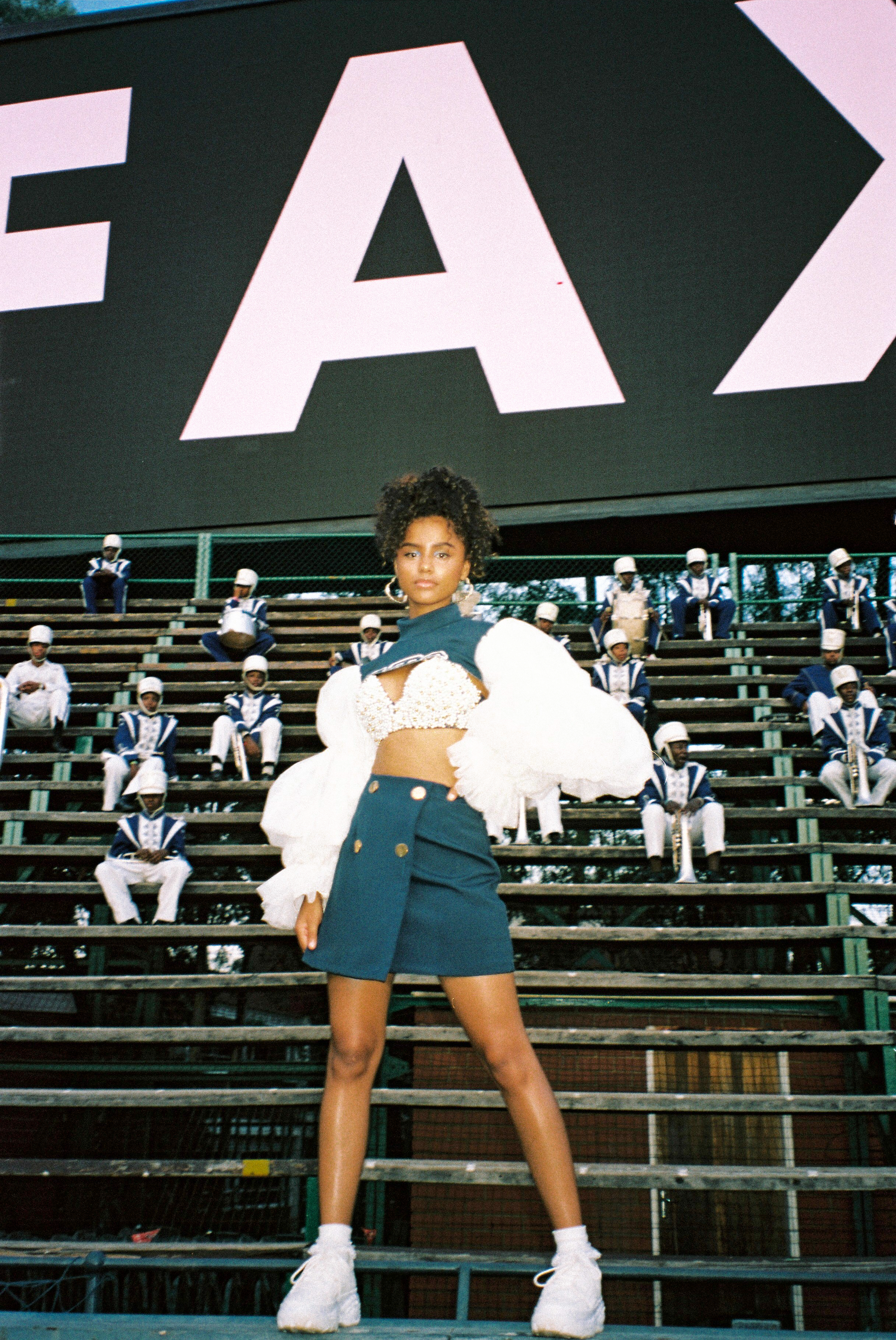 We knew we wanted it to be as big as possible for it to be the best music video coming out of South Africa, even Africa!

I ask Tyla if she could introduce listeners to the fascinating world of Amapiano, a genre that has taken hold of South Africa since its emergence in 2012, characterised by synths, airy pads and wide and percussive basslines.

Tyla tells me “it’s a genre that I really love. And I never thought I would actually make an Amapiano song because it’s not as poppy as my style is. So we decided to make it pop, you know? The music stems from a lot of African music, like Kwaito – it has some jazz elements and house elements.

"It's definitely the biggest sound right now in South Africa and has been for a little while. I recommend people check it out!” And of course, Spotify has you covered with dedicated playlists for the sound.

When you listen to Getting Late, you may notice the sound of a soft drink can opening, sprinkled throughout the song. It’s the sound that signifies the production work of Kooldrink, who is also featured as an artist on the song (and can be seen in the video being a cheeky chappy).

"I came from just singing in my room to now recording – he introduced me to that whole process. We formed a relationship through that, and Getting Late was something that just drew us closer and is something that we both are very excited about because of the success that it's had thus far.”

Meanwhile, through her recent signing of a global deal with Epic Records, Tyla has positioned herself for international dominance with style, soul, and spirit.