When it comes to the UK rap game, people often have artists in two camps: the creators of grime such as Dizzee Rascal, Skepta, Jammer, and then almost everyone who has come since is classed as the new school. Only thing is, the newer artists are often accused of jumping on sounds that are just seen as trends and compromising what made grime so exciting and original in the first place. Not an argument you could lay at Nics, who is every part worthy of North London’s rich heritage within this scene. Very quickly picking up support from Kiss FM and GRM Daily, this genre-fluid rapper and producer is proof there are characters the grime forefathers can proudly pass the baton to.

Nics helps to distil the unfortunate stereotype that grime is all about aggression and gritty-living when he tells me he’s spent the afternoon “at a rollerskating event with my cousin and my brother. It’s been nice vibes today!”

But with that said, I’m keen to know his thoughts about his native Tottenham being such a rich source of talent for UK rap throughout the years, and how he feels he fits into that (no pressure).

“Yeah, Skepta, JME, Chip, Wretch 32, quite a few names,” he concurs. “Chip is a big inspiration for his versatility, and the way Wretch tells a story and conveys his message is a big influence for me too.” And does he feel like a baton is passing between them and him? “I'm gonna say yeah, in a sense, definitely. Especially when my sound is very unique. I definitely have some sort of responsibility to elevate the sound a bit more from where they've left it off.”

And while these kinds of artists are lauded for their ability with a microphone, Nics has quite a few things to put on his CV — he is also a producer, mixing engineer, a DJ, and a video editor and animator; the latter two skills have seen him employed by Universal to work on music videos. This multi-talent certainly helps to explain why he is among a very select few to have been accepted into South London’s (very) prestigious BRIT School, with such alumni as Adele, Jessie J, and Amy Winehouse to name only a few. It was his skills on the piano, however, that saw him passing his audition. 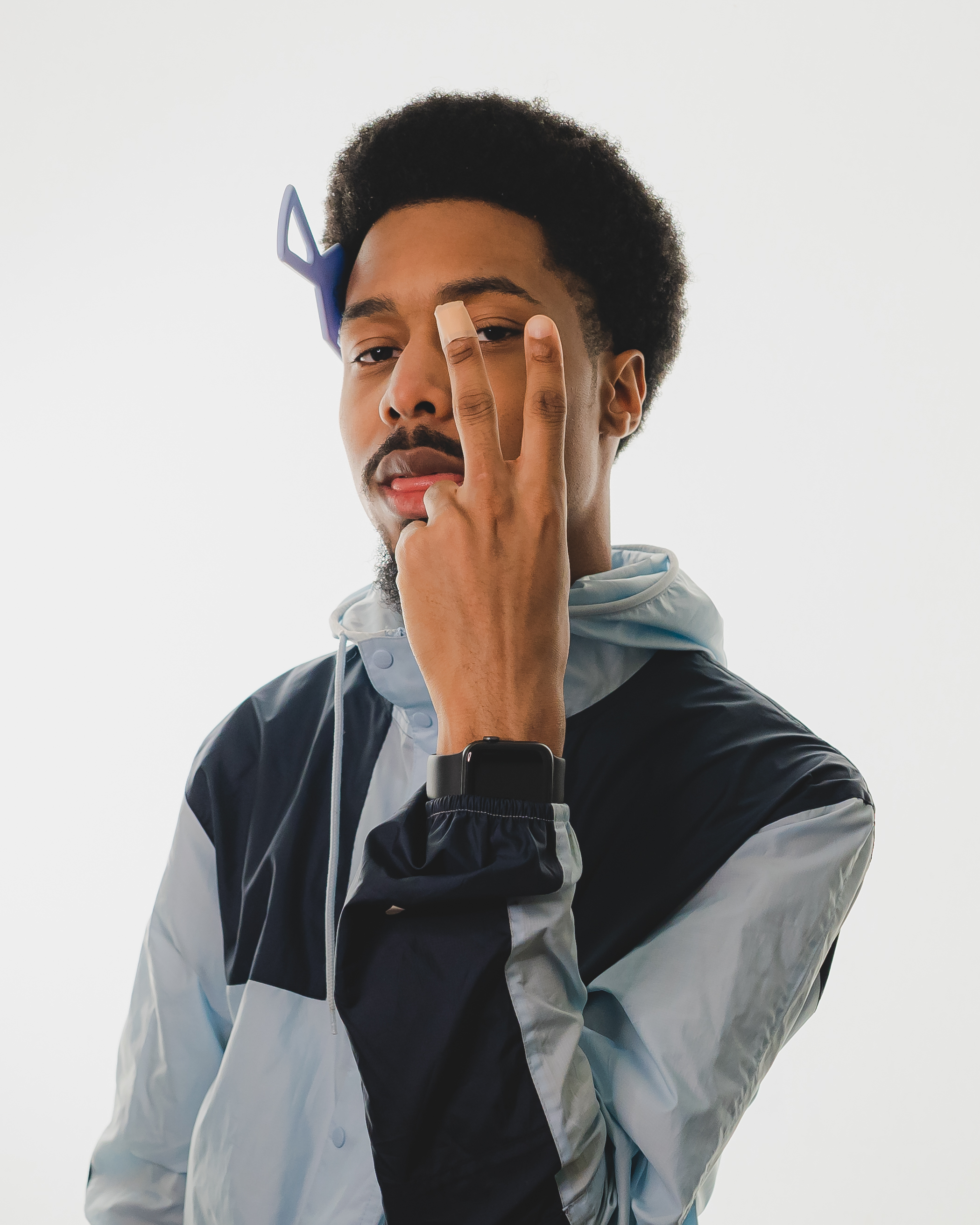 I definitely have some sort of responsibility to elevate the sound a bit more from where they've left it off.

“I've always wanted to pursue rapping,” he says. “But I didn't think rapping was something you can necessarily study. So I auditioned piano to get in and studied it there. But it turned out that rapping is very much accepted there. So I was able to do lots of performances as a rapper. It was a really nice balance between both, and I learned to mix my tracks there as well.”

After releasing six singles in 2020 (and he feels he could have done more), Nics kicked off this year with Vision 2021, a huge statement single which, while having grime elements within the music and Nics’ flow, is certainly not a track you could pigeonhole into just one genre. On the strength of the song, it’s hardly surprising that it’s had support from GRM Daily who premiered its video, a veteran grime channel of over a decade that has been so key in helping break UK artists.

Nics explains to me that the single is “basically me reviewing my 2020 year and thinking, ‘okay, I've had a good year, but what can I do better?’ There's a lot of things I didn't do. I set myself some personal goals that I didn't accomplish, even though I accomplished a lot and I’m very grateful. I felt like there were little bits I didn't do and it was me channelling that frustration, putting it into a song. I wasn’t where I expected myself to be at the end of 2020. So asking why is that? Maybe I didn't do the promotion that well. So in 2021 we're gonna properly knuckle down.” 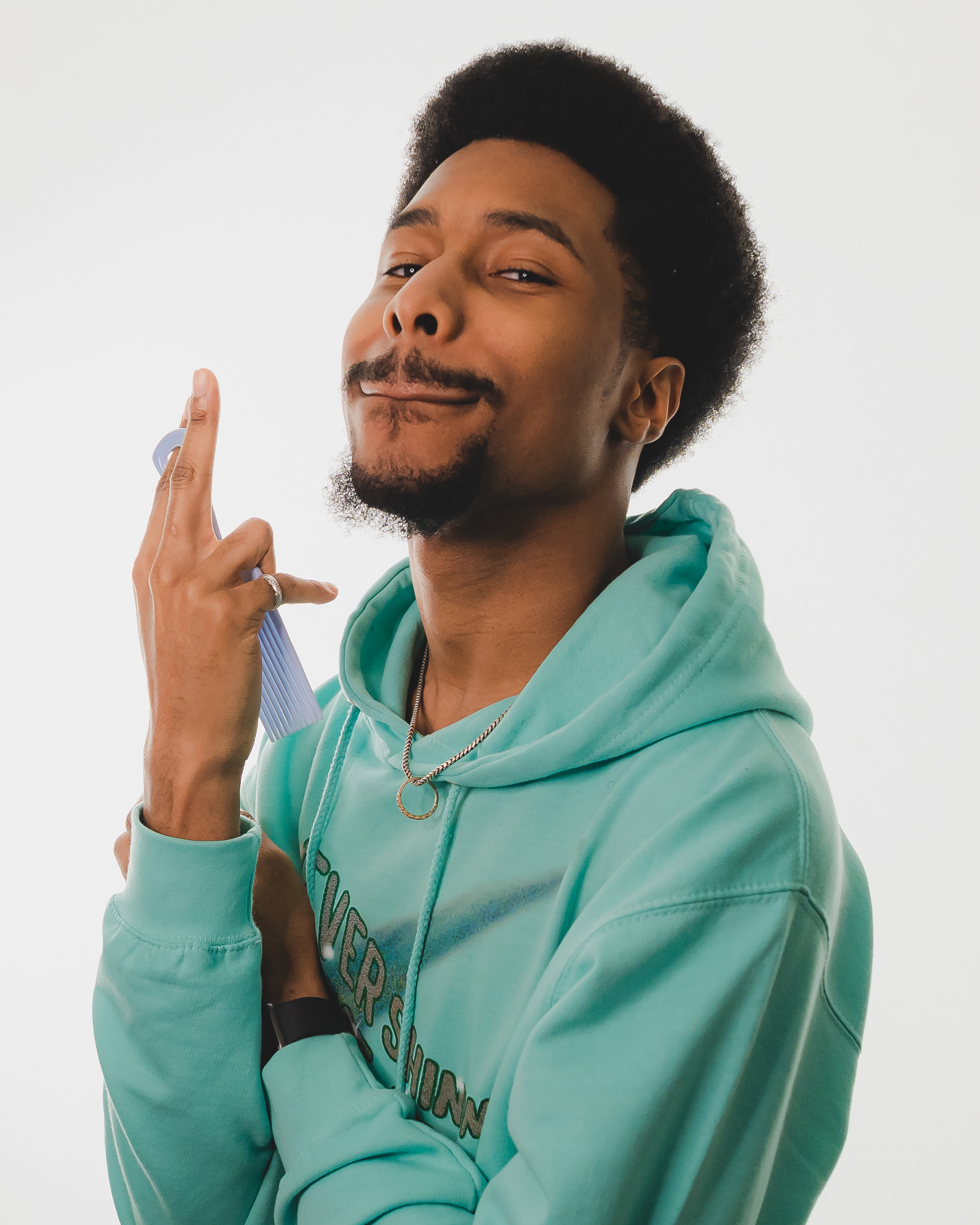 If you’re wondering how Nics gets such crisp and high-quality vocals, it’s his “Audio-Technica 8405 — it's discontinued, but it’s such a good microphone. That would be the one I use for pretty much every song. Then when it comes to producing, Waves, definitely Waves. They are incredible. I use them to mix all my vocals. Been using their plugins for two, maybe three years — they had Waves at BRIT School.

“My favourite reverb is probably their Renaissance Reverb. It's really easy to use and it looks very simple as well. And TrueVerb actually is something I've been using often lately as well, which is really good. It allows you to push back the vocals and sit them in the mix a bit better, which is so nice. Then my soundcard is the Focusrite 2i2, which I just upgraded to last year. Before that, I had the 2i4. It gets the job done! Definitely very easy to use and simple. So it's nice, and it's not huge. It fits on my desk nicely.”

And as I try to squeeze some teasers for the future from Nics, his vision for 2021, all I can ascertain from him is that “I’ve got lots of new singles ready to go. A ridiculous amount! I've been working crazily hard on them. Hopefully, we get to put all of them or at least half of them out this year. But we'll see what happens. We'll see what happens.”

And with his speedily-growing fanbase, Nics certainly won’t be the only one waiting to see.