King of Country: Eric Paslay on Re-Imagining His Biggest Hits

When one thinks about country music, the mind quickly conjures up images of a heavily bearded fellow with a guitar over knee, cowboy hat tipped, boot heel stomping away, and an unmistakable Southern drawl. And while the Texas-born Eric Paslay does possess some of these qualities, it’s his prowess as a singer and songwriter that makes him such a well-known, respected figure in the industry. Having just released his latest record Even If It Breaks Your Barefoot Friday Night – for which he recorded new versions of some of his biggest hits – Paslay is arguably just hitting his musical prime. One thing’s for sure; he’s a modern day country artist bringing the genre to the fore, particularly back in Headliner’s home of the UK…

In fact, at the time of interview, Paslay is part-way through an extensive tour of the country in support of UK country duo The Shires. He’s been bringing his sound across the pond for six years now, building a strong fanbase in an industry nowhere nearly as saturated with country artists as back home: “everyone keeps asking me if I’m on holiday,” he starts with a grin. “The answer is yes and no; I love coming over here and it’s so cool to see people getting to hang out together again.”

As well as achieving a number one and a bunch of top ten singles, Paslay has written an impressive four number ones outside of his artist career, and while it’s his Nashville-ingrained artistry and exhaustive songwriting collaboration with like minded musicians in the community that have helped him make his name, Headliner is curious to know where it all began.

“I was 15 when I started playing guitar, and I just assumed that if you played music, you wrote your own songs,” he recalls. “I soon learned that it isn’t always the case; I just love writing songs and singing them. At 18 I decided I was going to go to school for the music business around Nashville, and people just kept encouraging me to figure out a reason to stay there. 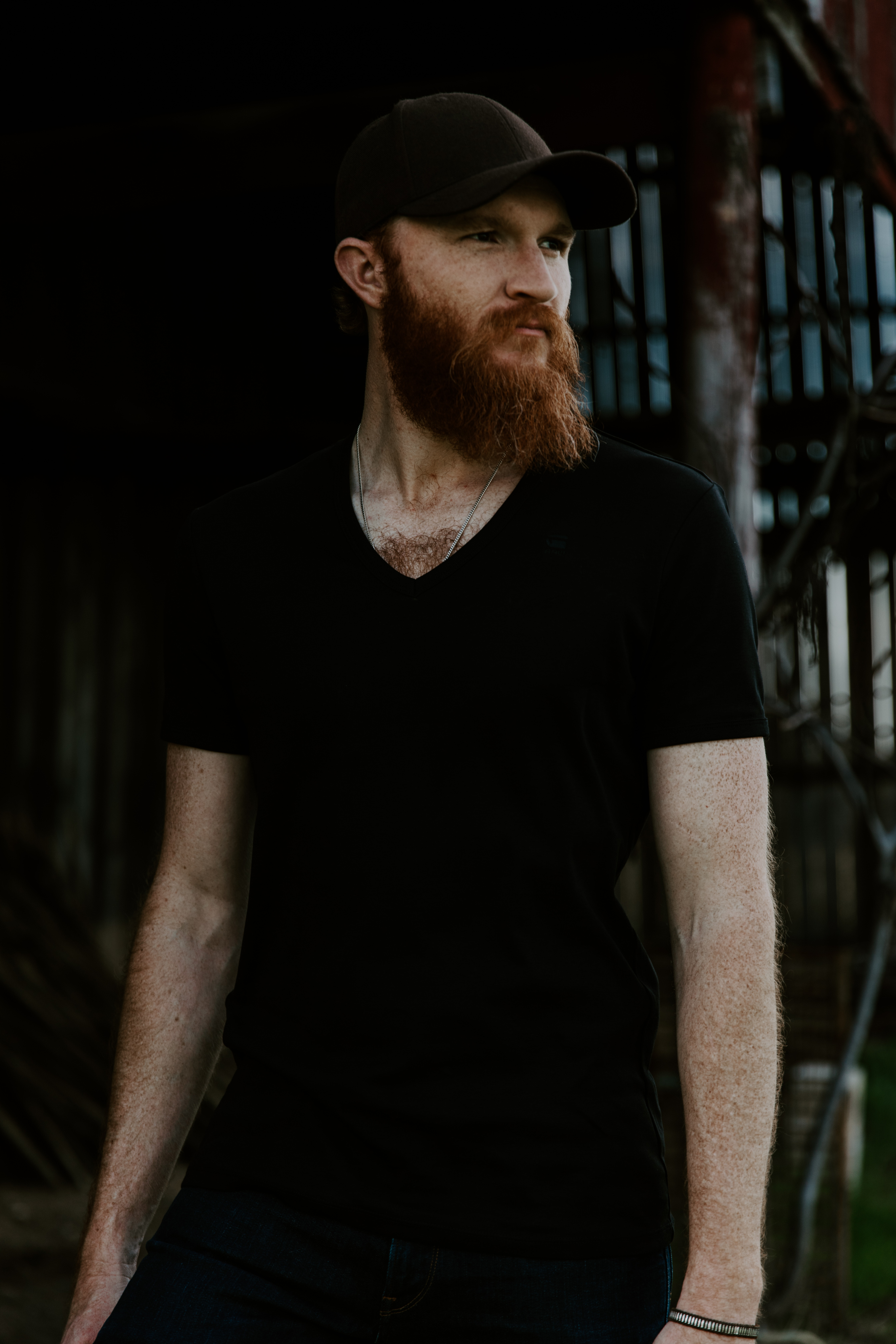 “I grew up near Austin which has such an incredible live scene and so many different influences,” Paslay continues. “I listened to everything growing up. It’s funny actually; the first song I ever figured out in front of my CD player was Tears In Heaven by Eric Clapton – here was a British guy singing blues! I feel like we’re always reminding each other of what the other side of the pond did – it’s like Adele has this Aretha Franklin thing going on, and we’re always chasing the U2, Coldplay vibes. Maybe one of these days I’ll do some Imogen Heap vocoder magic; hopefully she listens to this interview and wants to work with a giant leprechaun someday!”

Upon his arrival in Nashville, Paslay was lucky enough to land himself a publishing deal with Capitol EMI. Two months later, he co-wrote country star Jake Owen’s feel-good hit Barefoot Blue Jean Night, which went straight to number one.

“I think that’s now one of the most played songs of the decade in the States, which is insanity,” reflects Paslay. “I always joke that I didn’t know ‘Whoa-oh’ could do that, but it’s true and it can. Children and drunk people can sing it, so it works fabulous. A lot of people just want to say you’re a songwriter or a singer, as if the mind can’t handle you doing both things. We’re all singers and songwriters. If you have a great method of distribution, then record them all, but the honest truth is even Taylor Swift doesn’t record them all!” 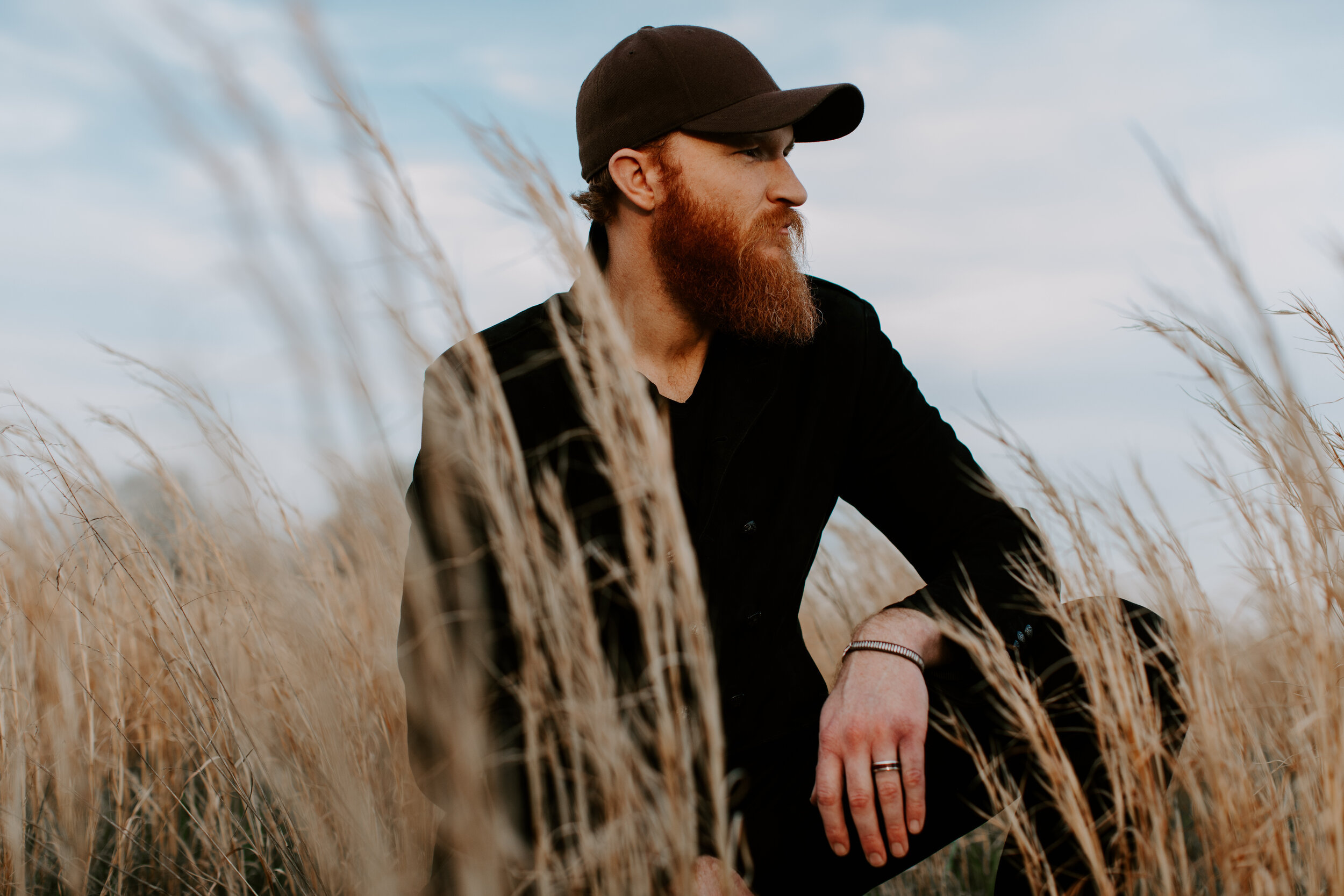 Having worked with a range of heavyweight artists including Amy Grant, Dierks Bentley, Charles Kelley and many more, Paslay continues to champion the open-arms nature of the Nashville music scene, and not just solely to serve the purposes of country:

“We all grew up in a zip code with the language of whatever instruments were available,” he remarks. “We all have a heart and soul, and music is just trying to say what’s in our hearts, or maybe our dreams or our discontent. Whatever it is, there’s a genre that just kind of fits the world you grew up in. All of it is special, and it’s good to hear everybody’s voice.

“There’s paint and there’s a canvas; you just need to figure out what you want to paint and what you want the world to see. In country, we’re definitely not as abstract. It’s just like a truck on a piece of paper, although I tend to put more things down than just a truck, even though I drive a truck and I like trucks very much!”

The release of Paslay’s eponymous debut album on EMI Nashville – which includes hit singles Friday Night, Song About A Girl, and She Don’t Love You – was undoubtedly a significant moment in his career, paving the way for some of the A-list songwriting collaborations that have earned him his stripes.

THERE’S A GENRE THAT JUST KIND OF FITS THE WORLD YOU GREW UP IN. ALL OF IT IS SPECIAL, AND IT’S GOOD TO HEAR EVERYBODY’S VOICE.

Released on April 15, Even If It Breaks Your Barefoot Friday Night (a clever and amusing amalgamation of some of his hit song titles) is the follow up to 2020’s Nice Guy, although its replay value makes it fundamentally different.

Paslay wrote and recorded it with Mitch Furr, who he describes as, “an incredible producer,” – Furr also produced Wild Hearts, a song that Paslay wrote with Keith Urban, and which is currently sitting high up the country music charts. With this album, Paslay had the opportunity to re-record some of his hits, like Friday Night and She Don’t Love You.

“I play these number one songs that I’ve written every night and I’ve never done an actual studio version of them, so we thought ‘why not, let’s see how it goes’, he remarks. “It was like it was meant to be; we put it out and had a lot of fun making it. I love the versions of each song we’ve done – I kind of just let Mitch step in, and he is incredible.

“Usually I’m a co-producer on a record. Every minute that something’s being recorded, I’m right there in the studio, just throwing out ideas and seeing what musicians have up their sleeves and what we can find together. But with this record, I was afraid I’d make it sound too similar, because I play them the same way every night. I love Mitch’s creativity. It’s like he goes where I want to go as a producer and then sometimes goes somewhere where I would never go, and it’s fabulous. That definitely showed up a lot on this record; for this one I just stepped back a little bit and let him do his thing, and it turned out great.” 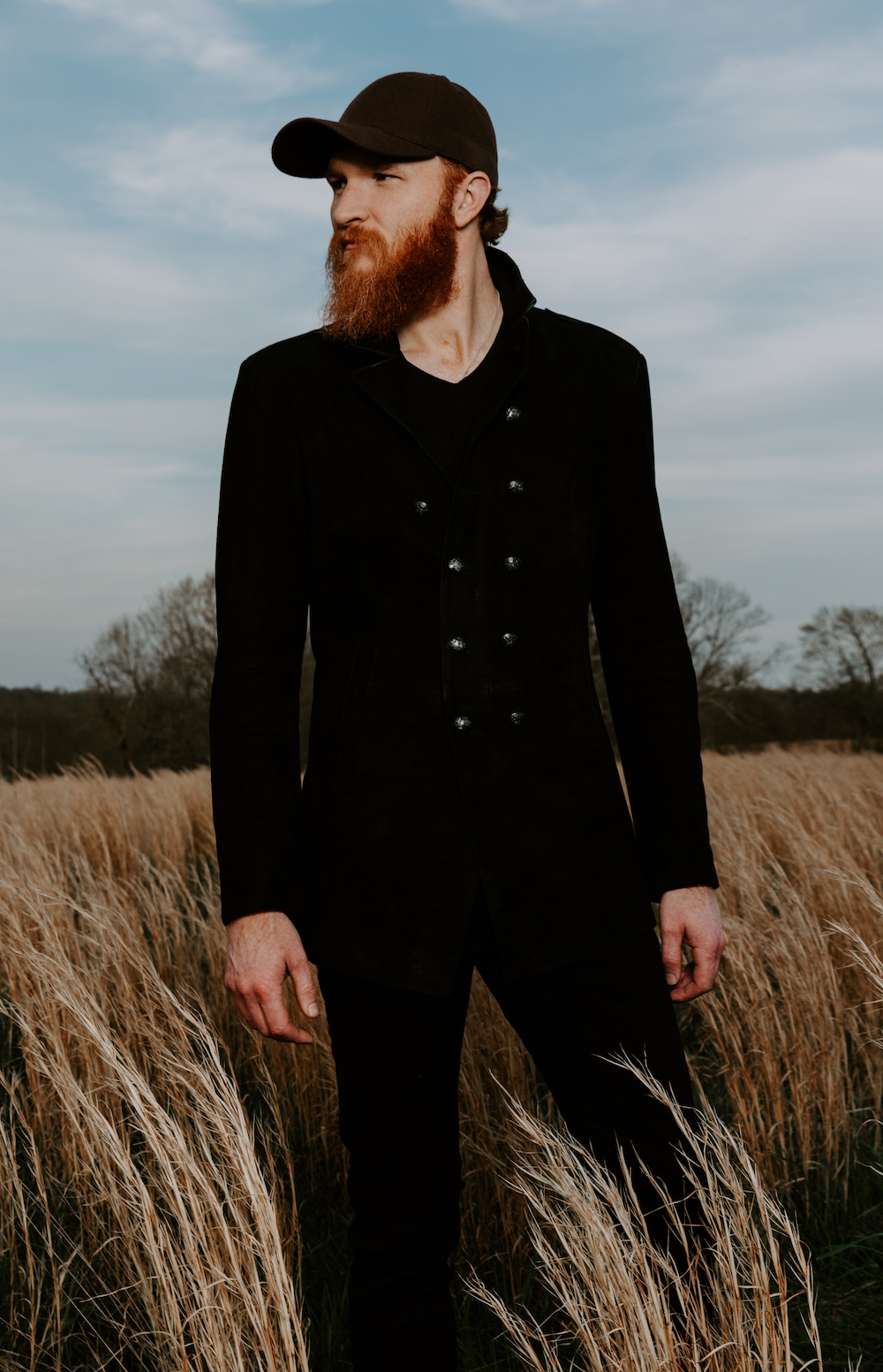 When it comes to his creative process, Paslay says he often views a song either as a title or scene that requires a soundtrack, or a movie soundtrack that needs a scene written to it.

A fan of flipping a melody on its head to keep listeners on their toes, he also describes himself as a “good mumble writer – I just start playing and mumbling and see if something falls out that we think is worth singing about. A lot of songs end up that way,” he reveals. “And then with a lot of them we’ll get the idea and show up in the studio and hopefully capture the lightning in the bottle. I’m good either way.

“I’m always on tour in the States and we’ve got a bunch of things lined up this summer. It’s interesting, because I’ve been talking to the crew in the UK and it sounds like with a lot of tours here, you’d go out for five or six weeks at a time because you’re going through Europe, whereas in Nashville we’ve been spoiled – it’s usually that weekend warrior touring vibe. I just love playing shows in the UK; we’re all taught how to listen, and I love how y’all listen over here.” 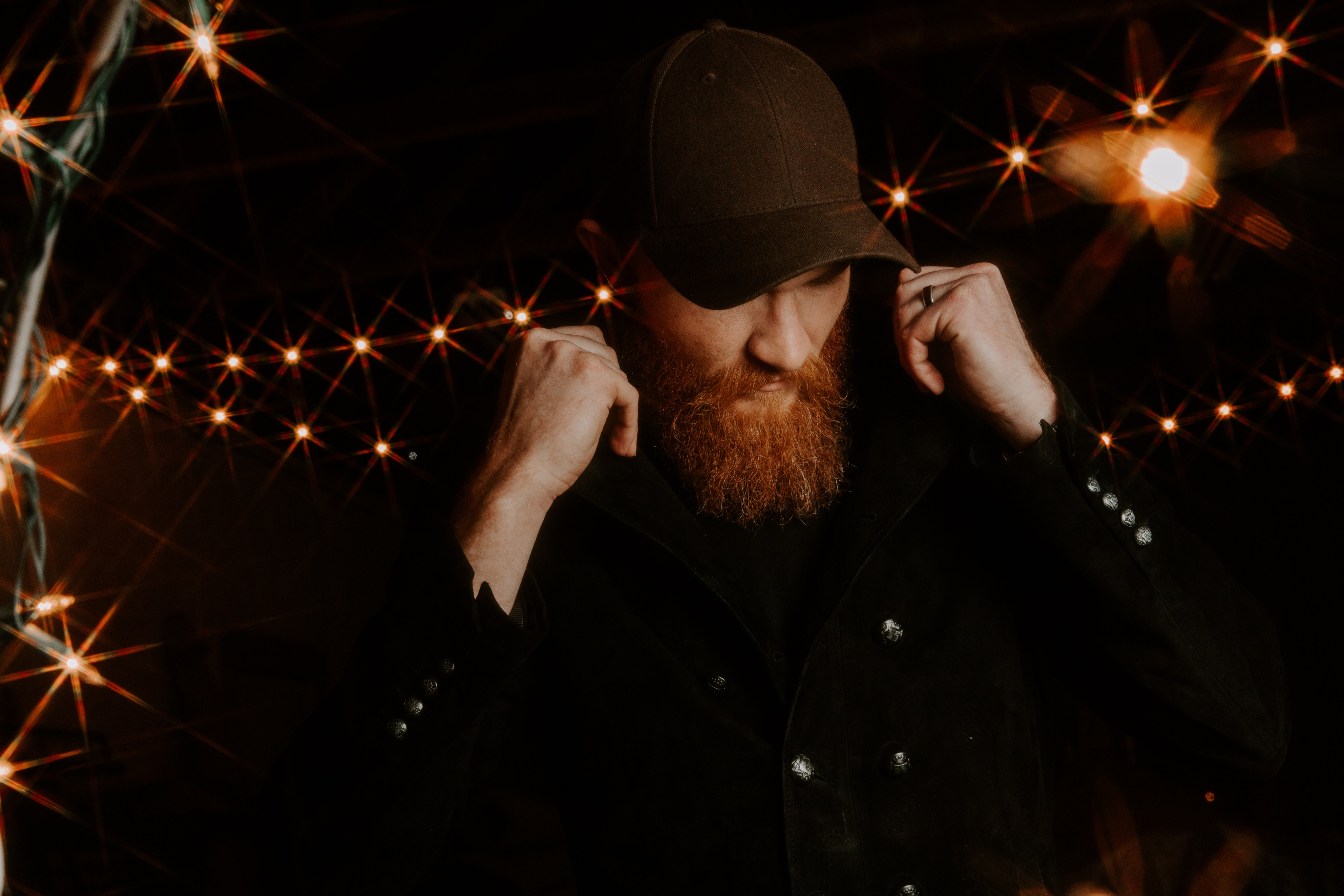 At the time of interview, Paslay was soon heading to the Portsmouth on the UK's south coast with The Shires, with 21 shows left on the tour: “It’s 25 shows in 35 days, and I’m thrilled that Ben and Crissie have invited me out. We’ve been stuck for two years and now we’re finally doing it and it feels good. I love touring over here; I keep telling everybody to go buy merch and spin my record so next time I can afford to bring my little girl and wife over – maybe soon we’ll have a few more days off in between where it makes sense for them to be here,” he says with a smile.

“I’ll definitely be putting out some new music again soon. I’m constantly making music, touring, renovating houses…” he trails off. “We always keep joking, it’s like, ‘where’s the camera crew?’ We just need somebody following us around – it’d be entertaining! Me and my wife just renovated our first condo that we’re actually about to sell, which is kind of sad and amazing, because Nashville is ridiculous with regards to what people are buying places for. All the neighbours are like ‘you just made the neighbourhood go up in value!’ It’s like, yeah, probably didn’t – Natalie’s a great designer and I find good things for really cheap. Don’t throw it away; give it to me. I’ll put it in the house and shine it up and make it look great. Anyway, that’s a whole other world of the Paslay family; I’ll install your toilet and sing you a hit song, just ‘cause.”

Listen to the full interview with Eric on Headliner Radio, here: