Since 1996, Eric Vucelich has been at the forefront of field production mixing in the greater Columbus, Ohio metropolitan area. You name it, he’s done it: national news, pro and college sports, commercials, presidential campaign ads, corporate video, documentaries – even dog shows. He explains how it could have easily gone another way…

“People are usually surprised at how I got into production being that I had zero field experience! I had a background in music and my options at the time were to either keep installing carpet for my father, or take a risk and jump into video and television production,” he tells Headliner.

“I started looking outside of what I knew audio could be, which at the time was really only – in my mind – music production. At that point, I literally opened up the phone book – yes, a physical book! – and went to the column under ‘production companies’ and started cold calling them.

"I won’t bore anyone with the full drawn out story, but needless to say, I owe my father so much for trusting in me and my drive to succeed, because he loaned me the money I needed to buy my first field kit. It was a FP32, Vega VHF wireless and a MKH 416. I paid him back in five years and have been upgrading my kit ever since!” 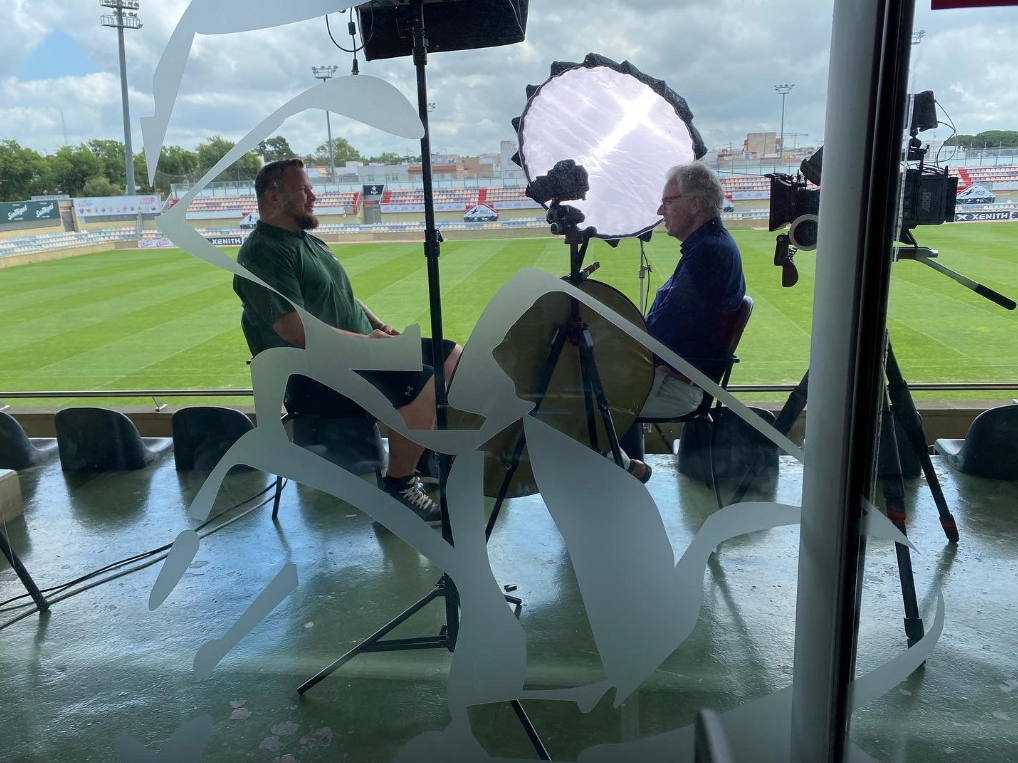 It’s not like the times where everyone is fine with a boom; it’s important to have equipment that’s reliable.

These upgrades have seen him accumulate a wealth of Lectrosonics wireless kit, including two dual-channel SRc and three SRb Digital Hybrid Wireless receivers. His transmitters comprise four SMWB wideband packs supplemented by six SMQVs, which he uses on every project.

“Here in Ohio, you can’t just focus on one avenue of production,” he notes. “It’s a mixed bag, so every couple of days there’s a very different job. I’ve recently done spots for CBS Sunday Morning, CBS Sports, and the Ohio Liquor Control commission.

"Every single bit of it, everybody was wireless or will be wireless. It’s not like the times where everyone is fine with a boom. So, it’s important to have equipment that’s reliable.”

Vucelich shares that every project that he works on – whether that be a sit-down interview or a scripted scene – almost always requires the subjects to be wired.

“Recently I have had a variety of projects from a focus group with eight subjects doing sit-down interviews, to a second round of commercial productions for Ohio Liquor and the American Kennel Club agility competitions, and in every scenario, everyone was wired. A lot of the work I do requires flexibility and quick response to sometimes unplanned action or camera angles where a boom alone just won’t do.”

He is often the lone sound mixer on set, which sees him working with small and fluid crews.

“We have to make the most of our on-set time because these shoots are one day in and out, or every day a new subject or subjects are the focus of the video,” he shares.

“The companies I work for need to know they have all their content at the end of the day and be confident I got the audio clean and I haven’t missed anything. I know that between my SMWB, SMQV and SRB and C receivers, I can accomplish what my clients require of me.” 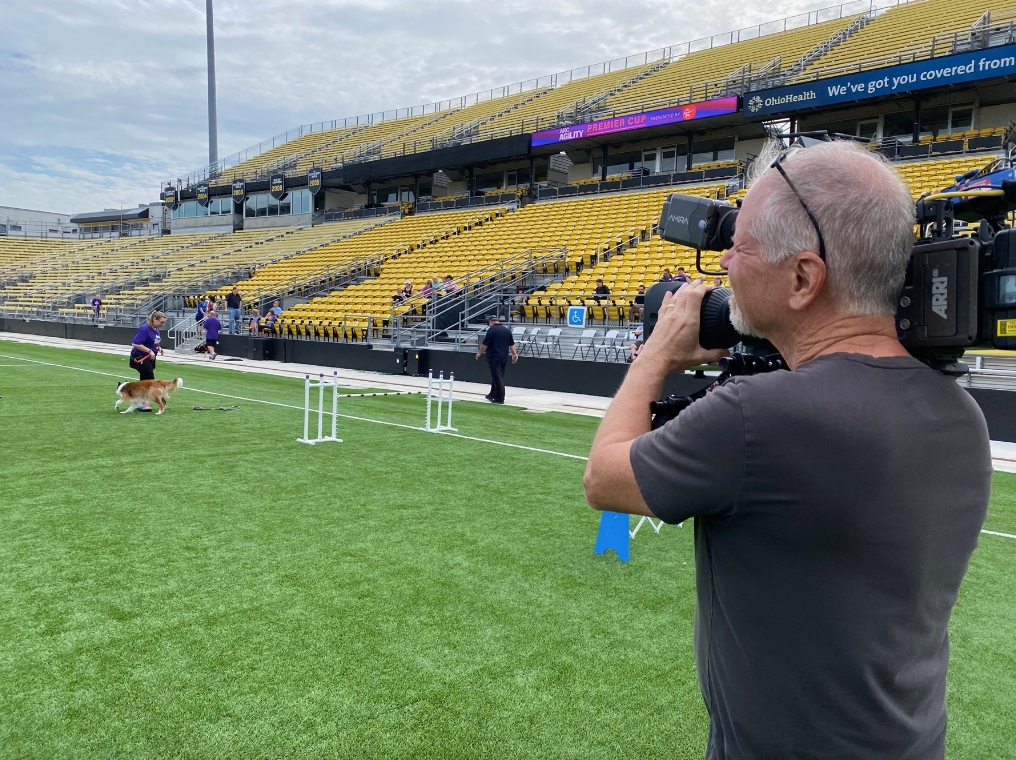 The companies I work for need to know they have all their content and be confident I got the audio clean.

He recalls a recent project where Lectrosonics proved essential:

“Recently for the American Kennel Club event, I had to mic up trainers for their run with their dogs. We needed to hear their commands to their dogs through the whole run – we even had them wired somewhere we could listen in while they were coming up with strategies for the day.

"We needed to be discrete during the planning times and also have confidence that during the run I would have rock solid audio. Between my Lectro gear and a good set of antenna, I knew I could achieve our goals, no problem.”

With Vucelich frequently covering sporting events at Ohio State University as well as other high-impact sporting events, this reliability is regularly tested: “I’ve had athletes sweat all over their packs with no issues,” he nods.

“One time, I had the goalie of the Columbus Blue Jackets [hockey team] pouring water from a bottle all over his face during practice. Lots of water. It was running down inside his uniform and soaking the transmitter.

"I don’t recommend trying this intentionally, but the pack didn’t give up and we kept recording! You do your best to protect the gear, but there are always surprises,” he laughs.

The division of labour between Vucelich’s SMWB and SMQV transmitters roughly tracks what the application of the day requires more: RF flexibility or extended runtime, respectively.

“Block A1 is also crowded though you can still find some decent nooks within it. My going wideband was driven by one experience I had at Ohio State. I got to the stadium and was told the crew covering Penn State [the visiting team] had taken everything available in block 22. There wasn’t much of 21 clear, either. That’s when I decided I needed more options. I use the SMWBs almost exclusively now.”

However, the SMQVs still have their role: “I also grab radio feeds from the home and away teams,” Vucelich continues.

“The SMQVs have two batteries instead of one, so I’ll stick one on the radio feed for the home team and one on the away team. We use this to transmit down to the camera operators on the field, who listen to the play-by-play chatter and make decisions on the fly about where to track the action next.

"These feeds are also used in the final cut of the show. From initial setup before the game to wrap, you’re looking at about eight hours, and with the SMQVs I’m not worried about changing batteries. 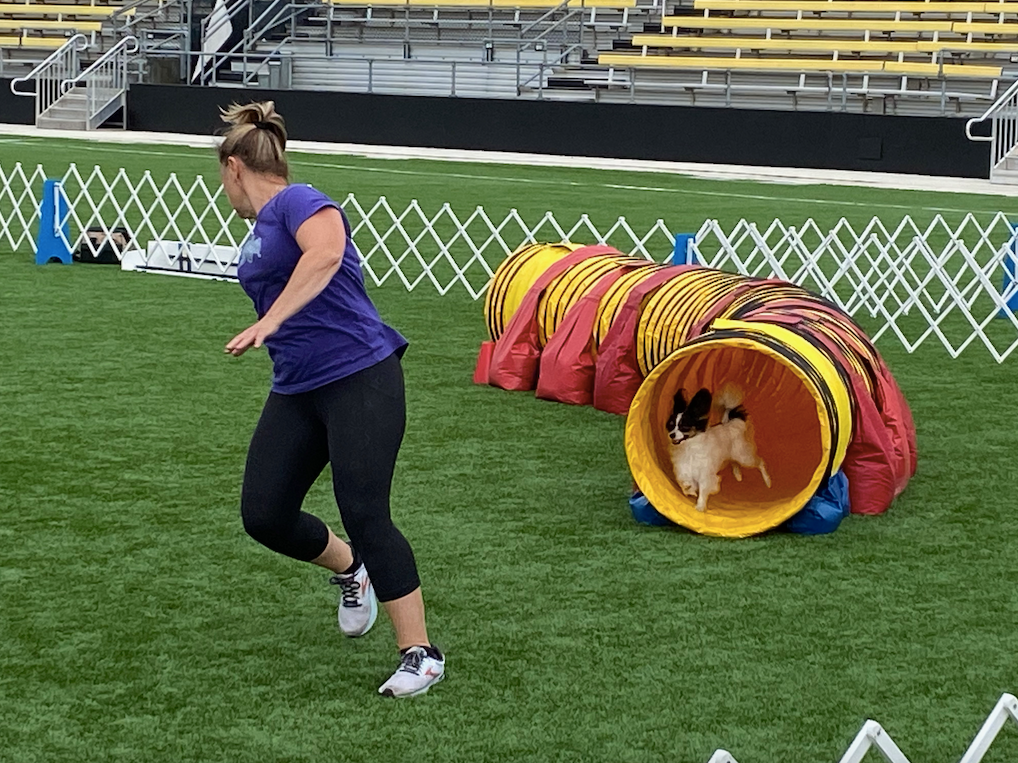 I had to mic up trainers for their run with their dogs; we needed to hear their commands to their dogs through the whole run.

“When you’re doing sports and news, turnaround times are very fast and there’s no opportunity to re-engage with the subjects – when they’re gone, they’re gone,” he stresses.

“That’s a huge part of why I use Lectro. They seem to put in more research than other companies before they release products. Recently, I just ordered the new digital receiver, the DSR4. I’ve had much better results over the years when I’ve used Lectrosonics, through multiple generations of their products.”

A secondary benefit of the SMQVs is range, as Vucelich notes: “Although I don’t usually have to get too far from the camera and the talent because I do a lot of ‘one man band’ type work, there might be a commercial or something where there’s car-to-car stuff going on. I like knowing that I can push the SMQVs up to a quarter-watt output power in conjunction with a good antenna and get the range required.”

Vucelich is quick to point out that his newer SMWBs are no slouches when it comes to range:

“For the Ohio Liquor Control spot, we were on a farm,” he reflects. “The miked talent was driving a tractor. The tractor cab was all windows surrounded by metal. I was standing by the field with just my bag, little bowtie antennas on it, and he got at least a hundred feet away with no degradation in sound quality,” he says, adding that their ability to take a tackle or two on the field hasn’t stopped them yet:

“I’ve placed transmitters on hockey goalies, linemen and receivers in American football – I protect these devices the best I can, but they have taken impacts and fortunately I have not needed to have them serviced for damage caused by those incidents. Every day, for every job – these tools are essential to have in my bag,” he smiles.