In January 2022, Etta Marcus released her debut EP, View From The Bridge, a five-track set of intimate vignettes that blend personal introspection with warm melodies and a storytelling prowess beyond her years. Here, she tells Headliner about her journey from secretly writing songs in her bedroom, to becoming one of the UK’s most exciting new talents…

For a time, Brixton’s Etta Marcus wasn’t sure she’d ever make the progression from music fanatic to music creator. Which is remarkable, given the cool assuredness that flows through View From The Bridge, her inaugural EP release. At just 20 years old, her songs are filled with a sense of experience and a troubadour spirit that one might (understandably) expect from someone with another decade’s worth of living under their belt. From her controlled, melancholy vocal lines, to her knack for seamlessly intertwining personal tales with the stories of others in her lyrics, it’s a record that’s as revealing as it is mysterious. Echoes of Sharon Van Etten and Lana Del Rey circa Norman F**king Rockwell can be heard on occasion.

“Songwriting came later than my infatuation with music,” she says as we join her over Zoom from the bedroom of her family home. “I’d always been curious with music and understanding what I was listening to from a very young age. Even in nursery school I was singing the nursery rhymes way more seriously than anyone else! I didn’t know why but I knew it was important to me. Then at primary school I joined the choir and started thinking, ‘I like singing and I might be good at it’. So, my parents really encouraged me and my brother to take up piano and guitar. That was the start of the journey, but songwriting didn’t come into play until I was about 14. Secretly I would write songs and not show anyone. I would make up stories, but never about me, as I found it a bit cringe to write anything about myself [she laughs]. Then at the end of secondary school I knew this is what I wanted to do.”

After writing and discarding numerous songs that will likely never see the light of day, Marcus made a breakthrough with a song called Envy, which gave her the confidence to consider releasing her music from the confines of her bedroom out into the world.

“I don’t know what it was, but something just clicked, and I realised that if I was going to do this then others needed to hear it,” she explains. “But until then I was so insecure about it. My parents would ask my music teacher how I was because they never heard anything from me. It must have been a moment where I had written a song and didn’t feel terrible about it.”

Since taking that step, Marcus’s songwriting skills have – and continue – to evolve rapidly. The storytelling chops she acquired when writing about anyone but herself now reveal themselves when weaving far more personal narratives into her music. 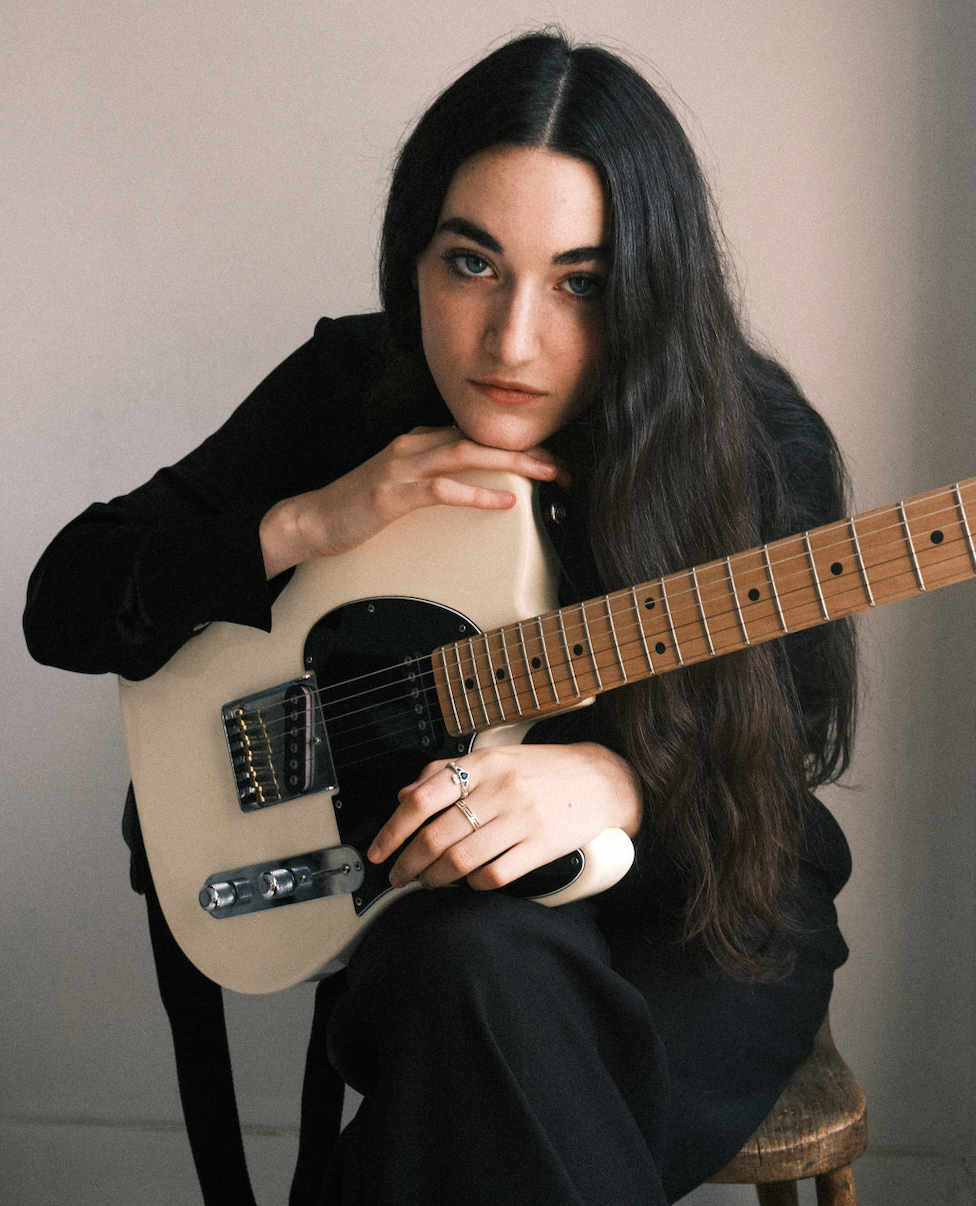 I'd feel like a fraud if I wasn't writing about what's personal to me. Etta Marcus

“I definitely held onto that element of my songwriting a bit,” she says. “But there isn’t quite the same separation now. It’s not like I’m going to completely make up a story that means nothing to me. It has to mean something for me to be able to perform it meaningfully. I’d feel like a fraud if I was not writing stuff that was personal to me– that’ s just my view on my own songwriting. One of the bands I listened to a lot when I was younger was Fountains of Wayne. They had one hit song, Stacy's Mom but that whole album is masterful, and the songwriting is incredible. Their whole thing is these storylines they create, and I don’t know if they are based on their own personal experiences, but I was really affected by them. I’ve always latched on to that. Sometimes writing isn’t so black and white.”

On View From The Bridge, the opening track of the same name sees Marcus lead with possibly the most personal and direct moment on the EP, with the five-song tracklist flowing in chronological order of when they were written. Recorded in a small, bare bones London studio, the setting helped capture the sonic intimacy Marcus was seeking. It also saw her pair up with fellow singer songwriter Matt Maltese for a duet on the track Salt Lake City.

“The first song I wrote for the EP was View From The Bridge,” she continues. “I wrote that one at home and it was the first time I was writing it for a body of work, and I knew straight away it was going on the EP. It was also the first time I’d been super honest and vulnerable in my writing. All five songs happened over the course of a couple of months in 2021. They were written in my studio without any intentions, which for me is the best way of writing.

“The studio I work in is this tiny room with no windows and you feel kind of shitty when you leave,” she laughs. “It’s sweaty, it’s gross but there is something super intimate about it and it’s such an escape. You’re writing just to write, and those songs came out of that. And the duet with Matt Maltese happened there. That came through [producer] Josh Scarbrow who set us up and said we’d work really well together. And he was right. We’re now close friends, which is a really lovely thing to experience so early on in the music industry.

“The last song, Confessional, was the longest and the last one I wrote. I had the first line for ages but I didn’t finish it for a long time because I was almost a little afraid of it. Then I ended up writing it and it was the production that took ages. I wanted to make sure it came across as sincere as possible.”

Awaiting Marcus over the coming weeks is a support slot with Tom Odell on his current tour, which will no doubt provide an emotional moment or two when it takes place in her hometown venue, Brixton Academy.

“I’m really looking forward to it,” she beams. “Support gigs are very weird as no one is there to see you. I’ve only performed the EP a few times live, and it’s just me and my guitar which is a bit scary. Somewhere like Brixton Academy, which is where I saw my first gig, playing there as a support with just one EP is going to be crazy. It’ll be weird to be onstage and not in the audience!

At this rate, a headline spot of her own likely awaits in the not too distant future.