Atlantic Records and Xbox have announced the official launch of The Green Room, a music and gaming crossover event series presented in partnership with gaming giants VaynerSports and eFuse.

Hosted by Mitch ‘OG Pickle’ Long and Joey Franchize, The Green Room will feature 10 gaming squads competing for a total prize pool of $10,000.

Each team is composed of an Atlantic recording artist, a high profile streamer and a renowned athlete.

The first installment of The Green Room will see some of Atlantic’s artists joining forces with top streamers and superstar athletes for battle in Call of Duty: Warzone.

Future instalments of the event series will feature an array of fan-favorite games, which will be announced soon.

In between rounds, The Green Room will showcase a wide variety of exclusive content including music videos and interviews.

The Green Room viewers will be able to get in on the action via an array of contests and giveaways with prizes including exclusive merch, tickets to upcoming tours, an Xbox Series X, and other gaming equipment.

“When I’m not in the studio, gaming is something that I enjoy. It’s a pleasure to be part of this event,” says multi platinum superstar and Green Room participant A Boogie Wit Da Hoodie.

“Whenever I’m stressed, going through anything, it helps me relax and get my mind off things. I’m a big fan of Gary V and Vaynersports, and am excited to be a part of this." 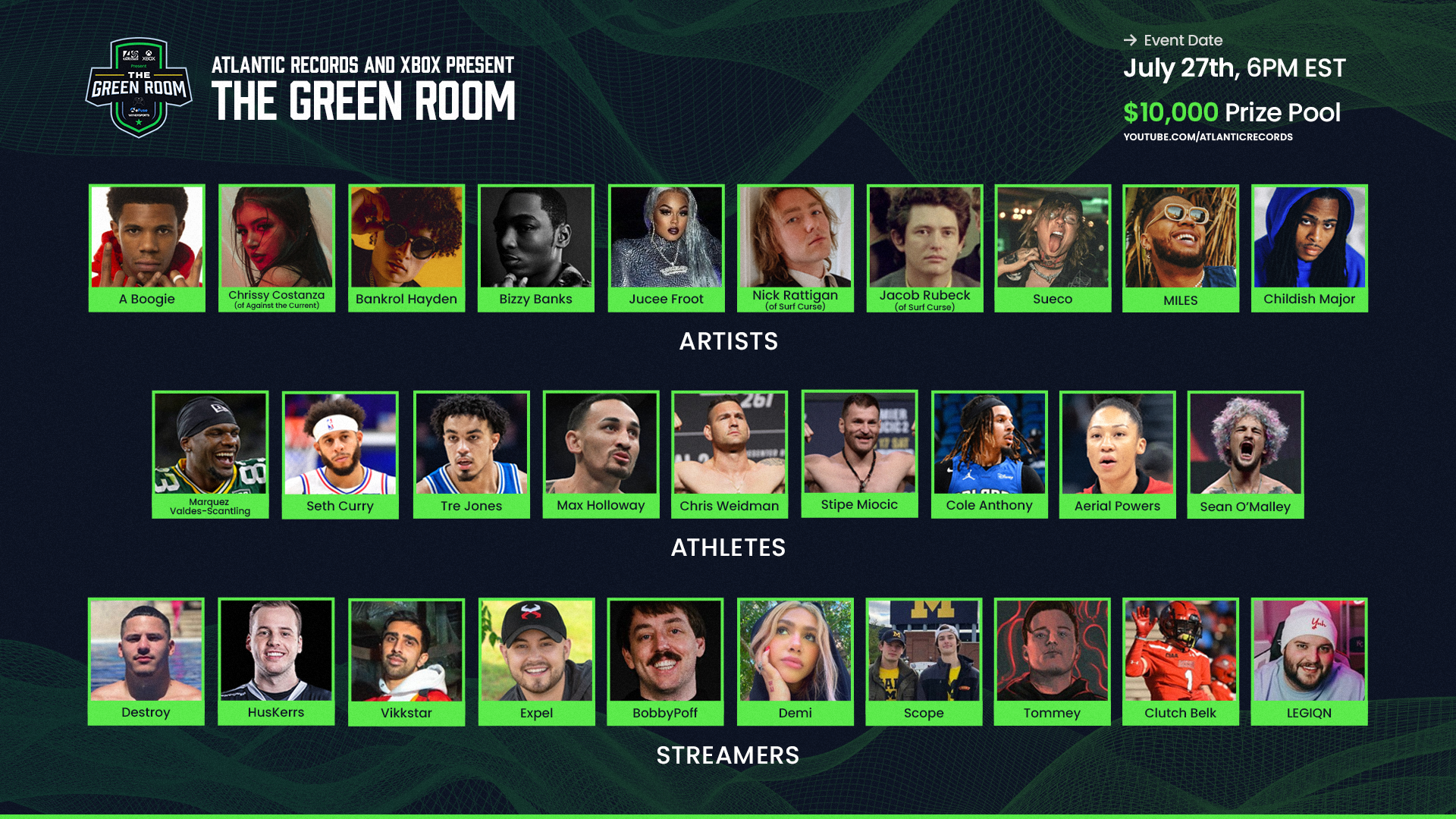