Call of Duty: Black Ops Cold War - Inside The Score

From the deep jungles of Vietnam to the snow-covered streets of Moscow, the latest instalment in the omnipresent Call of Duty franchise — released at the end of last year — could be the best we’ve seen, played and heard for a while. Its campaign is an incredibly well crafted story set during a period of political hostility and suspicion, so a dark, gritty music score was required to bring this tale of modern world history to life. Enter BAFTA-nominated composer and producer Jack Wall, who was tasked with doing exactly that for Call of Duty: Black Ops Cold War...

Jack Wall is already known for creating the soundtrack to the super popular sci-fi game series Mass Effect, but it was his latest opus, Call of Duty: Black Ops Cold War, that was the main topic of conversation when he recently joined Headliner on a call from sunny Vila Nova de Gaia in Portugal.

It was almost exactly one year ago that Wall began working on the soundtrack for Cold War. Having already teamed up with game developer Treyarch on the four previous Call of Duty: Black Ops games, working directly with the company’s audio director Brian Tuey, it’s fair to say that he was just waiting for the phone to ring.

I ask him about his initial thoughts on what was required for a Cold War era game.

“It’s 1981 with Reagan and Brezhnev when everything starts,” Wall begins. “The first obvious thought was to mix some early synths into that; a Yamaha CS-80, Minimoog, a Moog Modular, and try to modernise it somewhat. So that’s what we did. If we just did the ‘80s thing, it would’ve started to sound like Stranger Things or Halt and Catch Fire, scores that are very recent in everyone's memory.” 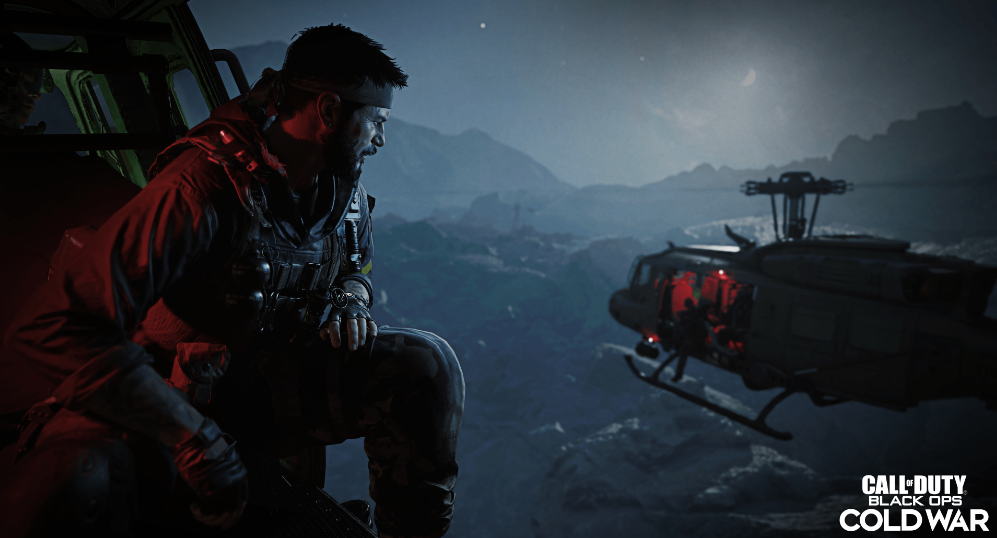 Wall used Arturia soft synths for their recallability factor, as well as having some fun with the dials on his Moog Sub 37. His go-tos, u-He Diva and Zebra HZ, also made it into the mix, along with Omnisphere, which is “still the most relevant synth I own for just about anything,” he says.

“From there, we were layering in the orchestra and the choir; things that I can do with samples and then replace later with the real thing.”

It’s the use of these dark synths mixed in with the choir that really reflect the secret, shadowy nature of the game’s setting, and it was during this part of the process that Wall looked to inject some emotion into the score.

Before he was even approached to create the Cold War theme song, Wall had already written Bell’s Theme [Bell is you, the main protagonist] and 1981 - two songs on the game’s soundtrack which are both pivotal to the narrative, and which ended up being recorded first.

To get around the logistical nightmare of recording a whole choir for these songs during the pandemic, 32 singers were required to professionally record themselves at home.

The music editor then assembled the tracks into mix sessions alongside Wall’s orchestral and synth pieces, which — with the songs actually being written in Russian — also proved to be a tricky process. 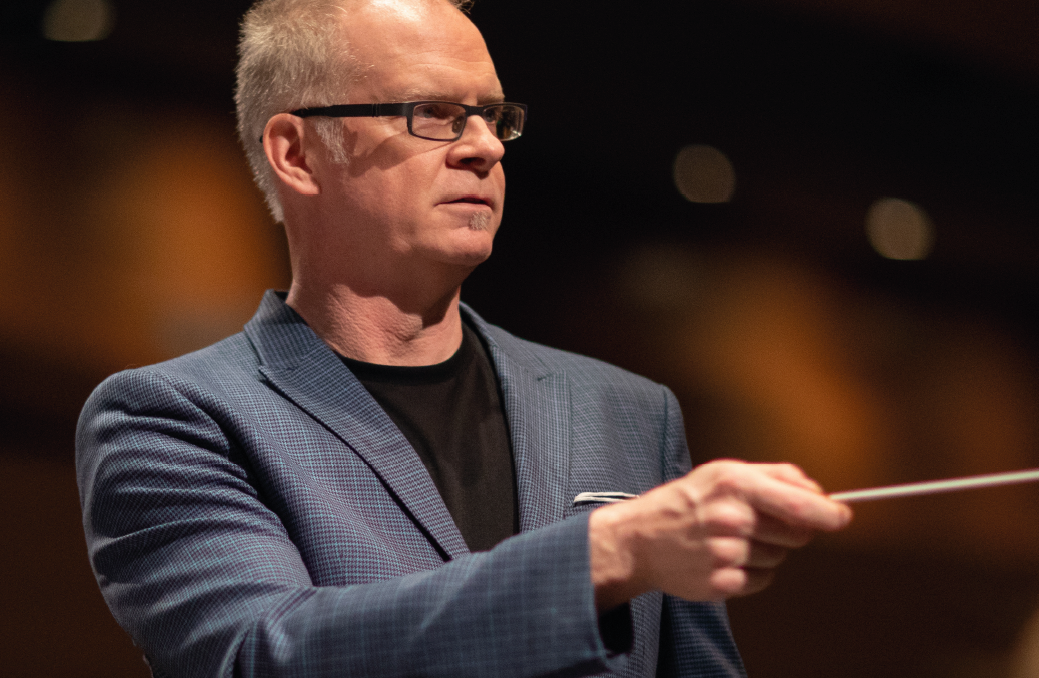 However it was the main theme, the first thing that players hear when they boot up the game, that provided Wall the opportunity to find its signature sound:

“I was asked for a 40 second piece of music that was going to be at the front end of the game, like on the opening menus, and I eventually wrote a longer version made up of bits and pieces from all the other music I'd already written,” he recalls.

“There’s a piece I wrote for the KGB level, where the player starts off being stealthy, but when they get to the end there’s this big firefight and the theme plays; I rewrote that for the main theme, because it just felt so Russian to me, and has this real Soviet era sound to it. That was a really enjoyable one to make.”

After listening to the Cold War theme, it sounds to me like quintessential Call of Duty, despite admittedly not having played these games for a few years now. This one however has just finished downloading on my Xbox, ready to go.

During the writing process, Wall also enlisted the help of Cindy Shapiro, an L.A. lyricist who has written lyrics for more than a few songs in the Call of Duty series, and who also just happens to be his wife.

He tells me how they paid a visit to the RAND Corporation — a think tank in Santa Monica — to do heavy amounts of research into classified government documents and intelligence from the early ‘80s, detailing what was really going on between the two nations at the time.

“We were able to research what the actual Russian perspective was of the Cold War, so I just thought it'd be fun to write things from that standpoint,” Wall adds.

“I wanted the Russian lyrics to sound as a Russian person heard them, and to read as they would understand them. We went to the trouble of trying to learn and understand that, and it was really fun to put those lyrics together. A lot of caution went into the production as a whole of course, but thankfully we were able to do it and all the musicians were happy to be working.”

It’s usually these little details that make video game soundtracks so popular with audiences, and to someone such as Wall — who has worked on multiple award-winning franchises and is celebrated among a Hollywood elite of composers — they are everything. 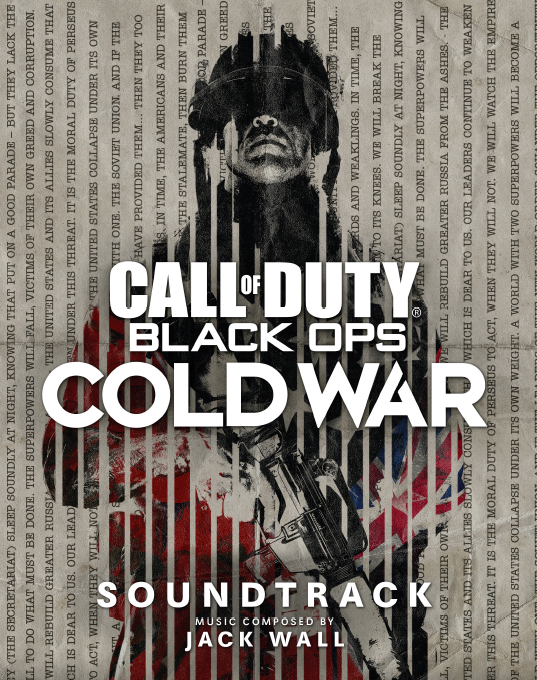 There were a lot of great opportunities to scale back the music, because there’s a number of stealthy gameplay sections where the player is gathering information and intel.

Becoming a composer meant that Wall could economise his setup down for a streamlined, entirely in the box workflow.

“The challenge with video games is that there's a lot of music to write and produce yourself,” he admits. “Whereas with television you're just writing it as quickly and efficiently as possible while telling the story.

“I used to have a system where I would use Cubase and mix into Pro Tools, but I stopped doing that a couple of years ago because the latency was driving me mad. Everything is in Cubase now, which just sounds better to me and works really well. I've got some pretty complex routing going on with bussing, and lots of stems that I'm recording as I go; all of that is in my template, and it's just ready to rock.”

For Wall, it’s all about having more time to be creative, and spending less time worrying about the gear:

“Technology is great if it's useful and saves time, but the minute it gets in your way, it's a problem. I keep economising so that I can work more creatively,” he adds.

“I grew up in the Cold War era, so I know what that feels like and means. I knew straight away how I would go about creating a signature sound for that. It can be epic, but it can also be small and intimate.

"There were a lot of great opportunities to scale back the music, because there’s a number of stealthy gameplay sections where the player is gathering information and intel. There’s two and half hours of music in there, so writing the score was almost like writing for a movie, which was really fun, I have to say.”