Headliner catches up with award-winning production duo, Finishing Move, who compose music and handle sound design for television, film, ad campaigns and popular games such as Borderlands 3, Halo and Halo Wars 2. For Brian Trifon and Brian Lee White, it’s all about triggering different parts of the brain, getting the mind fully juiced, and turning the mix a little bit roasty. Confused? You won’t be.

“The very first gaming project that we worked on got cancelled,” admits Trifon, one half of production duo, Finishing Move. “So we thought we were going to be working on a really big game franchise, and it got cancelled! I thought, ‘Oh shit, I guess this is our career over!”

However, fate (in the guise of the very same gaming company that cancelled their first project) stepped in, offering the duo work on an anniversary edition of Halo – a remastered version of the game that featured extra content, high-definition resolution, and remastered audio and graphics.

No small feat considering since launching in 2001, the gaming series has gone on to become one of the highest-grossing media franchises of all time, not to mention one of the highest grossing video game franchises – the term ‘Halo killer’ being used to describe console games that aspire - or are considered to be - better than Halo.

“This meant that the work that we had done on the previous cancelled project didn't go to waste, because we were already trusted individuals. So everything worked out for a reason, although it was a little bit of a rocky start there on our first project,” he laughs.

Founded with White, Finishing Move has a deep knowledge of the game development process and the role of interactive music in a superior gaming experience. Meeting 10 years ago in San Francisco, the pair have a background in marketing and advertising, later progressing to writing jingles and collaborating on projects, which brought them to their first computer game project.

“What was really great about that was that it was an opportunity to jump into the deep end of the pool,” White reflects. “So not only were we composing the music, going back to the original stuff, transcribing it and then figuring out a new way to make it sound great for the 10 year anniversary, but also managing the budget on the project. We really kicked things off by getting thrown into the fire...and surviving!”

“We decided to make this an official thing because we work really well together,” says Trifon. “We have complementary skill sets, and we just really enjoy it. Halo boosted our career quite a bit. Here we are in 2019 – we've gone on to work on some really sweet franchises, and have made some really cool music.”

The sweet franchises in question include Halo Wars 2, Crackdown 3, and Borderlands 3 - to name a few. Headliner is speaking to the duo on a typical day, which usually sees them divvying up their time working on interactive music, establishing an aesthetic for the visuals they are working on, testing what they’ve done, and getting valuable feedback.

White explains that the duo are usually given a version of the game that isn’t playable yet, with minimal game capture:

“We’re not scoring for a movie or TV where it happens the same way each time - it's more like concept art, so we have a lot of discussions about what we're trying to accomplish stylistically. For Borderlands 3, which is a massive game, they needed a number of composers. So as we were writing music, we would test and make sure how it worked, and then adjusted our writing to that.”

“I think the big, broad brush of the process is that with most of the music in games, we have to picture it as interactive – you have to plan around how the players are going to experience that music,” Trifon offers.

“The big differentiator between games and film or TV is that you're not working to picture almost all of the time. You have to create something for the game and then put it in and play with how it interacts with the player’s approach to the game, and really test it and see how it makes you feel. The other thing is that a game is triggering different parts of the brain – when you're watching a film, it's a pretty passive experience, but when you're in a game, your mind is fully juiced, and you're working. So the types of music and how you feel and perceive music totally changes in that context.”

This requires a different approach to composition, and lots of iterations. Usually, Finishing Move are the last people to add their skillset to a game in terms of sonics and mastering:

“We're often putting assets directly into the build and testing them,” Trifon reveals. “Sometimes we're actually placing in assets we've composed, and testing them. A big part of our process and something we really pride ourselves on is having a really great mix space and deep knowledge of the sonic process to make stuff sound good.” 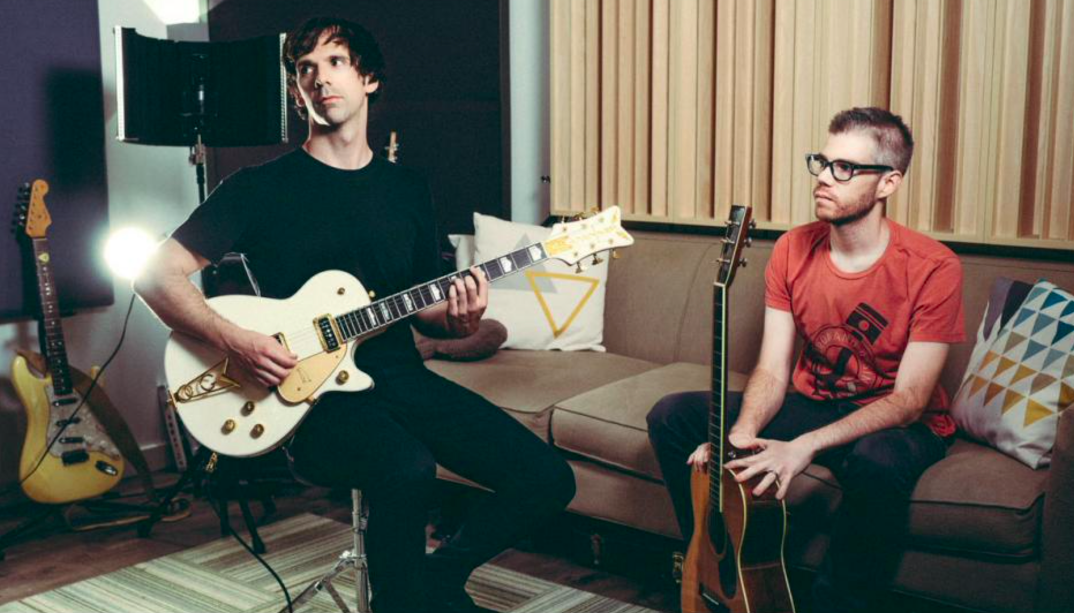 When you're in a game, your mind is fully juiced. Brian Trifon

Trifon was first introduced to SSL’s Fusion two years ago, after selling all his analogue gear.

“I never really reclaimed what I was missing, so I finally bit the bullet [with Fusion] and I went back off the blocks for my master chain. I started building that piece by piece to get a sound that I wanted,” he explains. “Typically, I have a bigger mastering chain that has a couple of transformer processors and a couple of compressors, and then the Fusion.

"I instantly loved the drive control on it – that sound of cascading transformers that I was missing. The transformers give you a bit of that. Fusion is the missing piece of the puzzle: it's not killing my dynamics, it's filling up the sound in a way that behaves really nicely on cinematic stuff with strings and big drums, but also sounds amazing on pop, rock and EDM. That's the cornerstone of how I use the Fusion: I love the drive control. I would pay the price of the unit for just the drive control!”

Although this is not the only feature of Fusion that impresses him:

“The other parts are also great, like the EQ – and the high frequency compressor is another amazing tool that most people don't think about. They don't thing about de-essing their whole mix, but when you’ve got a bunch of really harsh sample libraries and stuff that's gone through the wringer, and been converted 1,000 times, it can have some nasty aliasing. The high frequency compressor really helps settle that down in a way that's a little bit more natural because it's an analogue circuit. Also, using a plugin de-esser has this natural almost tape-style high frequency roll off. And that's great.”

The pair also like to add a bit to the width in terms of the stereo image control: “I use the insert for SSL like a 4K style VGA compressor,” he continues. “That goes in on most mixes. I love that insert, it adds a whole lot of value. It's great for processing single tracks.”

According to Trifon, in terms of working with instruments, the Fusion's transformer options sound a little sweeter on a bass guitar or vocal:

“It's got this sparkly ‘pop’ that can turn a mix a little bit roasty, which is cool for a very specific kind of mix. When you use them on an individual vocal, electric guitar parts, or bass guitar, they have this really vibrant sparkle that helps you through the mix.”

Trifon uses Reaper as his DAW, which he uses to send audio stems back and forth. “We don't try to open each other's sessions - that just get super messy and is really prone to error. Whenever we're trading stuff back and forth, I can drop them all into Reaper. Then I run everything through the stems through a subtle mastering chain individually.

"This takes some of the burden off of using hardware in the real time balance, and that was one of the main reasons that I switched to Reaper – being able to automate proxies using the hardware in a way that I didn't have to constantly sit there and after three minutes start another path. Now I can do something else and monitor it.”

Trifon lets Headliner in on an industry secret: apparently, most professional composers are hoarders when it comes to sample libraries.

“I think the big thing for us that's sort of a differentiator, is that in addition to wasting a load of money on literally everything that comes up (because we're total plugin and sample addicts), we make a lot of our own custom instruments. We really focus a lot on recording our own samples and then processing those, and then turning those into instruments or toolkits. We get a lot of mileage out of that, because it's very unique to our sound.”

White elaborates on the benefits of doing this: “Because then you can reuse stuff for years, even decades! And it's not like that's the sound that everyone else is using – instead it becomes that the more you use something, it reinforces your own unique sound.

"That’s one of the things we really love about recording and making our own sounds and patches – we can continue to use those colours, textures and sounds for years to come. Whereas whatever the best short string of the moment is that everyone's using - that shelf life is a little shorter.”

Having the same first name isn’t all that Trifon and White have in common: they are both experienced guitar players:

“If you listen to a lot of our music in gaming, you probably wouldn’t think that these guys play the guitar and bass,” Trifon laughs. “I’ve been playing guitar for about 25 years at this point. It's kind of a cliche, but the computer is really an instrument too – the software, designing sounds and effects chains and all that. That's the other area where we both feel extremely confident and comfortable in the creative zone – processing and designing sounds.”

Typically, from initial discussions, each gaming project can keep the team busy for two years, although they can’t disclose what they are working on currently, “because the fans get a little antsy,” says Trifon (not to mention the game creators, Headliner imagines).

For Trifon and White, scoring computer games is always about finding the right sonic recipe:

“There are no rules, and we're always trying to push the boundaries in terms of what's possible in real-time, especially with the nature of a computer game, where there is no script, as such,” White summarises. “How do we make it feel like a film when we don't know when the tank will blow up, you know? So sometimes it's about cheating the cinematic experience a little.” 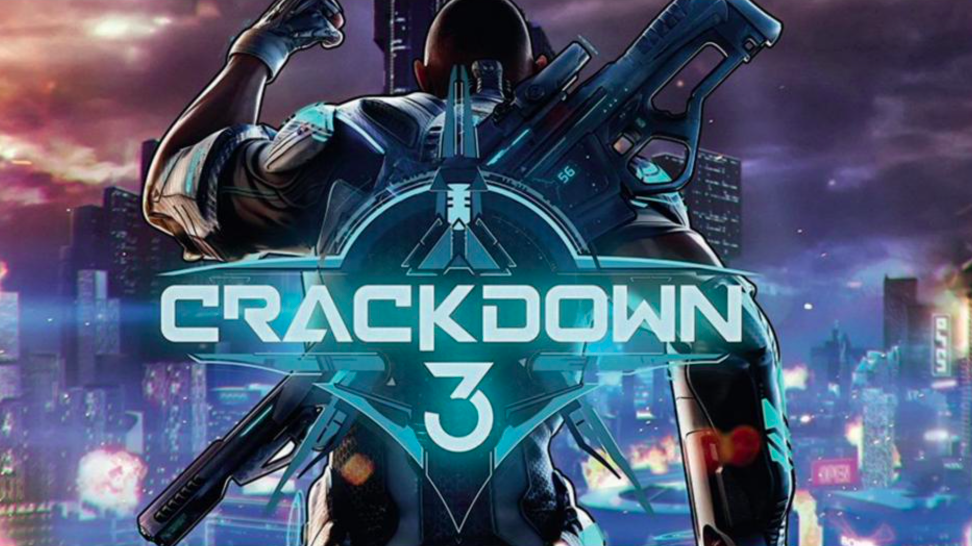