The 2K and UnitedMasters competition "2K Beats: The Search" has reached its halfway point with the reveal of the first 10 winners, including the first artist from Europe, who are set to join the NBA 2K21 Next Gen soundtrack.

One of London’s biggest up-and-coming grime artists, A1 ILLA is the first European artist ever to win the 2K Beats: The Search competition. His lyrical and direct approach and his realities in growing up in London form the backbone of his music, which has led to his inclusion on the NBA 2K franchise’s legendary soundtrack.

The winners were announced by UnitedMasters on Instagram and chosen by Rapper Jadakiss, Ronnie 2K, Producers Murda Beatz and Tay Keith.

The first 10 artists and tracks below will be added to the NBA 2K21 Next Gen soundtrack via an upcoming patch:

The full list of songs available in the game can also be found on the NBA 2K21 Spotify playlist, which is updated throughout the year. 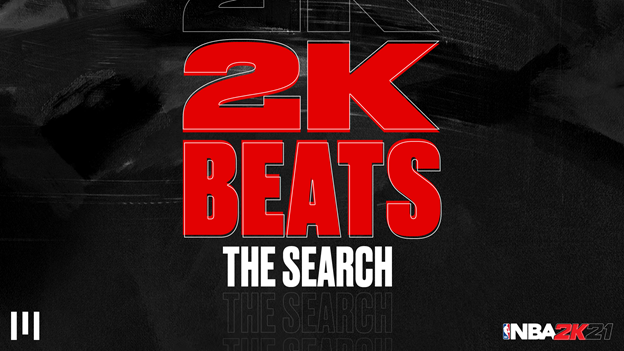 The final 10 winners will be chosen by Founder and CEO of Translation and UnitedMasters, Steve Stoute, and Boston Celtics all-star forward, Jayson Tatum, from the remaining submissions and will be announced weekly on UnitedMasters’ Instagram. Once the final 10 have been revealed, they will also be added to the NBA 2K21 Next Gen soundtrack in a future update.

“Once again, the cultural connection between NBA 2K and music proves to be a perfect way to celebrate and recognise new artists, basketball and gaming on a global scale,” said Steve Stoute, founder and CEO of UnitedMasters and Translation. “UnitedMasters is always looking to support its independent artists with opportunities to reach new audiences and partner with the hottest brands. This competition has provided artists from all over the world the chance to be featured on one of the biggest games out there, and with more than 13,000 entries, we're only just getting started."

Submissions to the contest came from all around the globe. Independent artists from the US, Canada and UK made up the top three territories, while 2K also saw incredibly strong submissions from artists in other countries including Mexico and Australia.

The NBA 2K21 in-game soundtrack sets the gold standard, with one of the largest collections of music ever assembled for a sports video game, featuring tracks from Damian ‘Dame D.O.L.L.A.’ Lillard and global artists such as Stormzy, Roddy Ricch, and Little Simz. The NBA 2K21 UnitedMasters competition winners are cemented in the top-rated and top-selling NBA video game simulation series of the past 19 years alongside today’s top musical talent.