Guardians Of The Galaxy Game Soundtrack Available On Vinyl

Mondo, in conjunction with Hollywood Records, has released the official soundtrack release to the forthcoming video game Marvel's Guardians Of The Galaxy, which is available on vinyl.

The latest from Marvel, Eidos-Montréal and Square Enix (the creators of 2020's Marvel's Avengers) Marvel's Guardians of the Galaxy puts gamers in control of the universe's least likely heroes.

As fans have come to expect, the world of Star-Lord, Gamora, Drax, Rocket Raccoon, and Groot is full of incredible music and this game is no different – this official vinyl soundtrack release features two discs of original music written for the game.

Disc One is the debut album by the (fictional) ‘80s underground heavy metal act Star-Lord Band. Co-Composed by Steve Sczepkowski and Yohann Boudreault, the songs of Star-Lord Band have an origin story all their own: In the game’s narrative, Peter Quill takes the name Star-Lord from his favourite band of the same name.

Music being such an important part of the Guardians universe, it wasn’t enough just to talk about this band, so an entire album was created for the game. 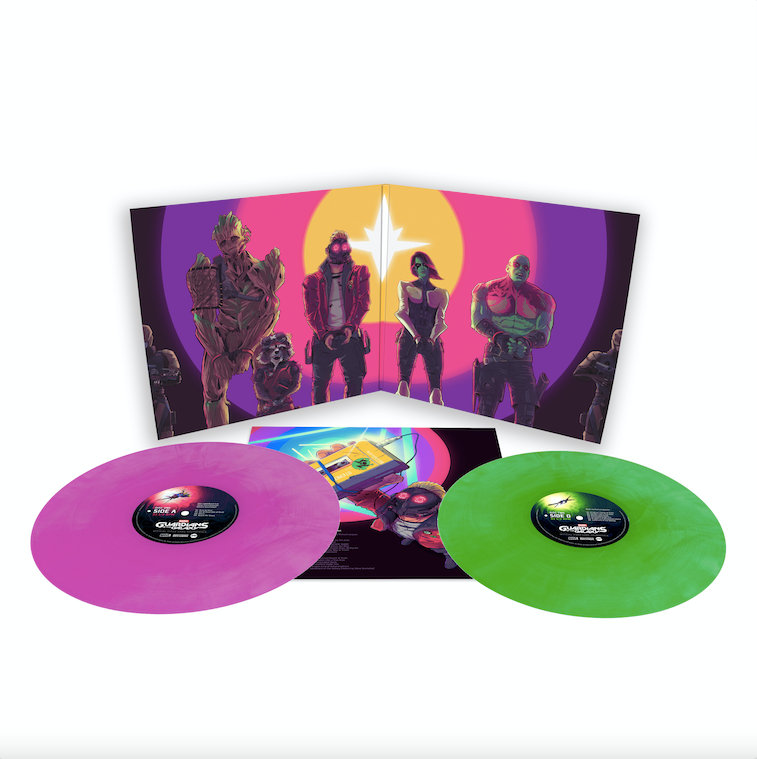 02. Space Riders with No Names 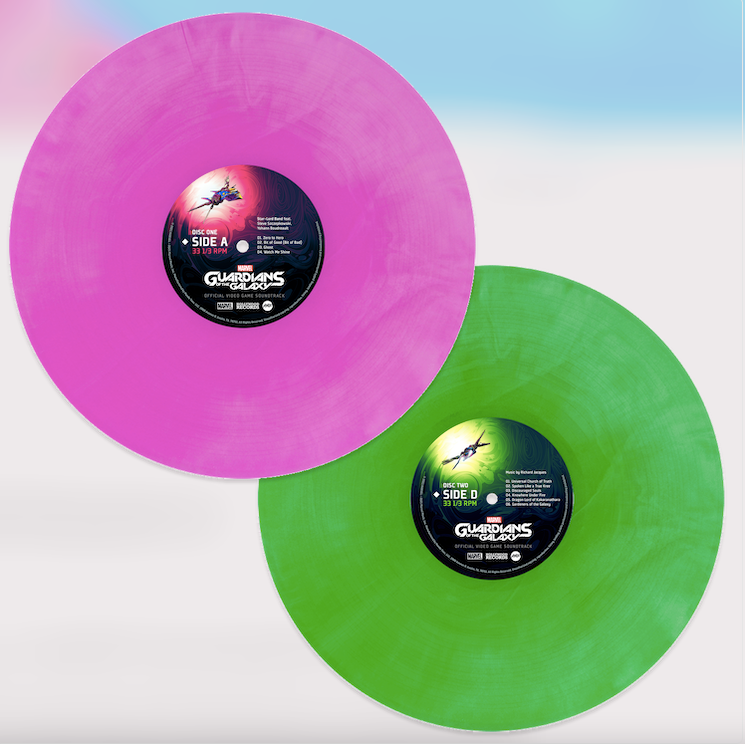