For the first time in the Goo Goo Dolls’ nearly 40-year career, co-founder, songwriter and guitarist John Rzeznik has taken the helm as producer on their new studio album Chaos In Bloom. Headliner caught up with him for a chat about the band’s ability to endure four decades in the business and how they continue to find ways of breaking new ground…

We find John Rzeznik in what looks like a hotel room somewhere in Salt Lake City, Utah. The Goo Goo Dolls co-founder, singer, songwriter, guitarist, and now producer, is back on the touring circuit with his cohorts, and Headliner has managed to pin him down for a Zoom chat between shows to talk about the band’s latest record Chaos In Bloom, which saw him take the producer’s chair for the very first time.

For nearly 40 years, the band has been consistently releasing music and touring the world, delighting fans with their own brand of radio-friendly rock and guitar-driven ballads. While such a lengthy stint in the business could set some bands spiralling and stumbling through the motions, Goo Goo Dolls continue to find new ways of keeping things fresh. Whether it’s finding new collaborators, trying out new methods in the studio or releasing a Christmas record for the first time – “we can do that, we’re not Nine Inch Nails,” he laughs - Rzeznik and fellow co-founder Robby Takac are, it seems, determined not to repeat themselves.

That’s not to say that Chaos In Bloom doesn’t bear all the hallmarks of a Goo Goo Dolls record. The big choruses, the slick production values and the memorable melodies are all there, but what Rzeznik has brought to proceedings is a sonic eclecticism that incorporates new dimensions within a Goo Goo Dolls framework. And despite this being his first time as the band’s producer, he is far from new to the production process.

“Robby and I have always been involved in the production of the albums, but we always hire a producer,” explains Rzeznik with a voice that wears the excesses of almost 40 years in music. He speaks slowly and gently, almost whispering at times, with responses that are thoughtful and considered. “This time we got a really good engineer and I decided I wanted to experiment a lot more sonically; have a lot more control over the content of the songs without a producer saying ‘I think you should change this’.

“There are all different kinds of producers, there are ones who are like songwriters, musician-type producers, and I like working with those because they add to the song. Then you have ones who are sonically interesting and are really good engineers with opinions, but I just felt like I had a clear idea of what I wanted things to sound like on this album. I have a collection of vintage recording equipment and some pretty eclectic stuff, and I just found myself in the studio a lot with other producers who didn’t have the time or inclination to experiment and play with things because they need to get onto their next project as quickly as possible.” 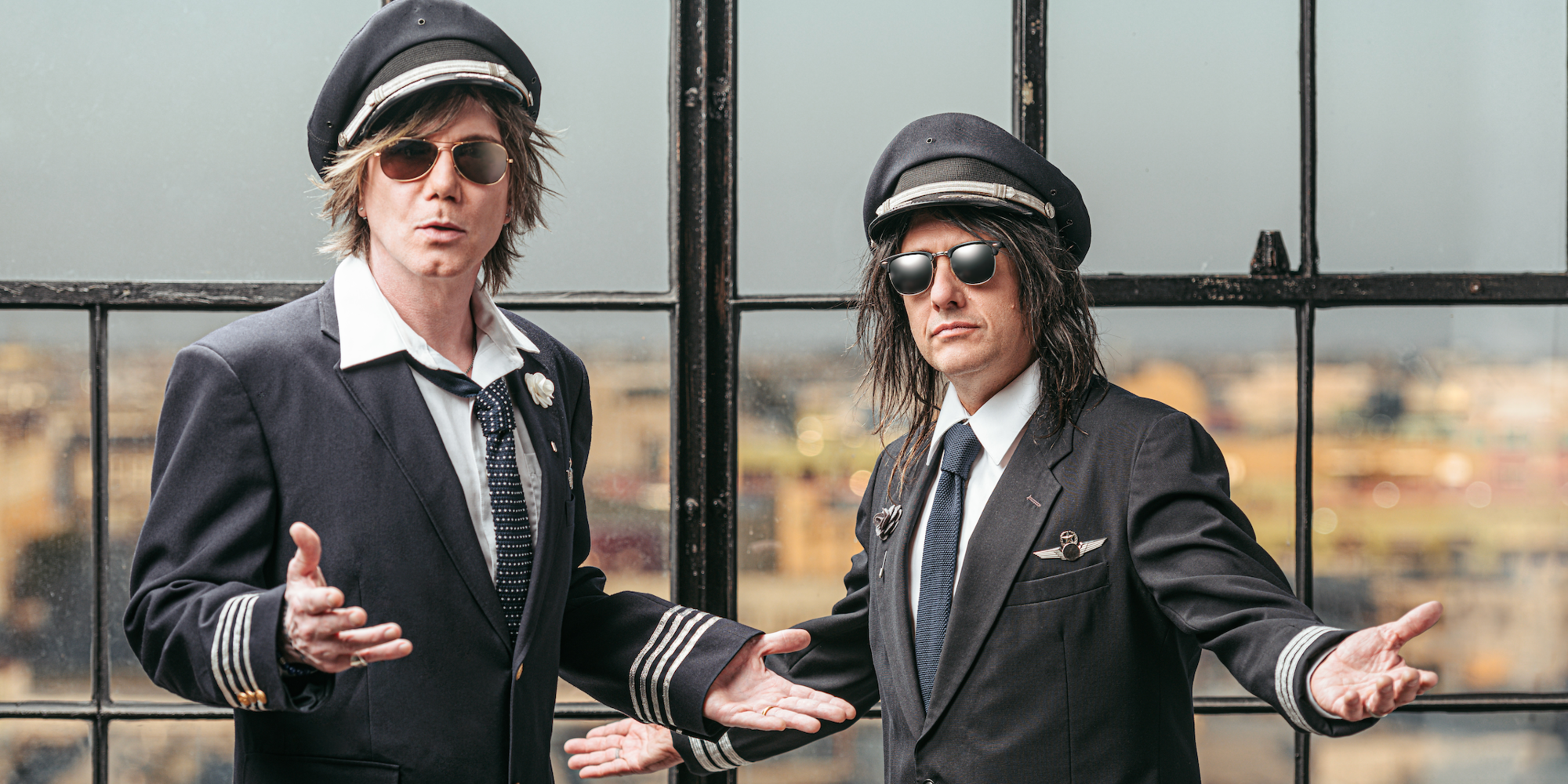 This is all I have, so I feel very protective of it. John Rzeźnik, Goo Goo Dolls

Having taken such an active role in the production process of previous Goo Goo Dolls albums, Rzeznik felt immediately at home on the other side of the glass.

“It felt like a natural extension of the songwriting process,” he says. “To sit there with your engineer and say, ‘did you ever hear this guitar sound on this album, do you think we can get that’? And then, ’do you think we can beat that’? It was a bit like that,” he laughs. “It was really fun, and my engineer and I would just sit there and play with pedals, guitars and mics for hours trying to get crazy, freaky sounds and see if we could fit them in somewhere.”

Alongside a more experimental edge, one of the key commodities Rzeznik sought to bring to the studio was a dynamism that he felt may have been lacking with certain producers. While a unifying sonic thread was vital, equally important was the ability to approach each song with an open mind.

“Each song has its own signature sound,” he explains. “There are certain sonic threads that go through it, but it’s more about each individual song: what does each song need? There is a song called Going Crazy and I wanted the guitars to be really jagged and sharp, a little bit piercing. Kind of like those first Gang Of Four albums. What’s nice about being the producer is you can change direction more, and I tried to do a lot of things live in the studio. To play together as a band creates better sounding records. It sounds like people playing together in a room because that’s what it is. It was fun and it really solidified us as a band.

“A lot of producers do things in an assembly line fashion now, like, ‘that’s the amp, that’s the guitar, that’s the microphone, this is how we do it, I send it out, the guy tunes the vocal and we get out by the end of the day’. How do you create something cool like that? You need more space and time. I like a producer who sees the potential in an idea and is willing to chase the potential. A lot of producers aren’t. They are like, ‘why aren’t these songs completely written’? It’s like, ‘what are you here for’? I like them to be patient and creative and more qualified than me. I want them to be honest, but I don’t want them to be a dick. I want them to be a better musician, songwriter, everything. Being a producer is kind of like being a teacher, and teaching is its own art. You are trying to teach the other musicians what you are hearing in your head.”

This determination to keep learning and adapting has no doubt played a big part in the band’s staying power, but perhaps most vital is the relationship between Rzeznik and Takac. Like any artists who have endured for multiple decades, their career has inevitably had its ups and downs, yet their companionship continues to anchor the pair and their cohorts.

“I don’t know how to do anything else,” Rzeznik half sighs, half laughs as we prepare to part ways. “This is all I know how to do. That’s motivation to keep doing it. And I still enjoy it a lot. And I still think there is something to be said. And I’m a horrible critic of myself, so I will be the first to let me know when it’s time to leave. I’ll feel it.

“Robby has had to pull me back in a few times because I’ve been frustrated. I was ready to quit. He’s more of an optimist than I am. I have this position I feel comfortable in, in that I’m the vigilant one. I’m the one who’s always looking at the holes, or ‘who is ripping us off’?, or ‘why are we doing it this way’? I’m very sceptical. Aside from my family it’s all I have in my life, so I feel very protective of it. Robby just has more faith in human beings than I do.”