Halle Kearns Reveals The Most Special Moment Of Her Singing Career

Nashville artist Halle Kearns recently played to a live crowd again, but it wasn’t the fact that the performance was in her hometown of Missouri that made it special.

“I actually haven't got the chance to talk about this yet, but I had a mini meltdown after that show,” she laughs, quickly reassuring Headliner that it was “a good one, though”.

She remembers the reason why like it was yesterday: six years ago the aspiring singer songwriter wrote a bio about herself for a local music venue, envisioning a time when someone would sing her songs back to her.

“I wrote, ‘if Halle can one day look into a crowd and see a little girl singing the words back to her own songs, she will have achieved her wildest dreams’. I released my first single in July of 2020, and I haven't really got to play them out yet. At this charity event I played at the Rose Music Hall there was a little girl there who was about 12 years old, and she knew every single word to every song I've released.

"I couldn't even look at her when I was on stage because I was so emotional. After I finished playing I just sobbed because that is something that I've worked towards for six years, and just getting to feel that full circle moment was so beautiful and special. I'm sure she has no idea just how much it meant to me!”

There’s a reason it made Kearns so emotional; she moved from Missouri to Nashville (with a stepping stone stay in Kansas City along the way) in 2019 to make her music dream a reality, and her bold move paid off.

She burst onto the music scene in 2020 with her first three singles, culminating in the release of her debut EP, Finally at the end of the year. The EP reached over 4 million collective streams, reached number 7 in the US iTunes country charts and number 5 in the UK.

“I knew if I wanted to dip into the industry side of things and the business side, that I had to come to Nashville because this is where all of the labels, publishers, and anything to do with music business is located,” she explains.

“It's tough because every single day is different here, but that's my favorite part about it. I'm not a big routine person – I love the mystery of what each day is going to hold.”

Kearns shares that she’s not from a particularly musical family – “my mum would kill me for saying this, but she's 100% tone deaf and can’t sing a note to save her life,” – adding that her dad and three sisters are great singers but never pursued singing, however they all love music.

“You can hear a lot of that influence in my songs now – a lot of country, for sure! I was definitely more shy with my love for music at first,” she admits. “I started playing guitar when I was about 13 years old; my parents got divorced when I was 12. I felt this therapeutic thing happening whenever I played guitar, so I really fell hard into it and it became my escape.

"When I was about 16 years old we started having these conversations about what's next and about going to college and I just said, ‘the thing I love more than anything in this world is playing and singing, and I know I haven't done anything with it yet as far as shows or anything, but I think this is what I want to do’. And from that point on, I just had my heart set on it. Right after high school I moved to Kansas City and just started playing full time.”

The more music I'm releasing, the more people are understanding me and who I am not only as an artist, but as a human being.

On the success of Finally, Kearns is stunned to have made such an impact with her debut EP, particularly considering it was launched during a global pandemic.

“I still don't have the words for it! Honestly, I really had no expectations,” she says. “When I was gearing up for the release I just knew that this is something I've been working for a really long time towards, and hopefully a couple people will listen to it and love it.”

This reminds her of a phone call she had with her father last night, where he reminded her of how far she’s come:

“We were just talking through everything and he said, ‘do you remember before you released your first song, you were working so hard and were just hoping that 200 people would pre save it?’ That was my goal, just 200 people, which is a lot of people and I still understand that's a huge feat in itself! But this project has been streamed over 3.8 million times I think we're at now; that is mind blowing!

"There's nothing I could have done to have prepared myself for that number. I still don't understand it. I can't wrap my head around it. I feel extremely appreciative and grateful to anyone who's loved it, because it's definitely a project that comes from my heart, from my life.”

Kearns’ recent single, Plans is the follow up single to Finally, which was by far her highest streamed song across all music platforms in the first four weeks following its release, opening more doors for her than ever before.

“It's such a groovy laid back vibe; I'm just happy that people are happy listening to it,” she smiles. “I know this year has been really, really hard, and really confusing and just, a lot for people. I'm happy that I was able to offer up three minutes of distraction from that and that people were able to dance and have fun. The more music I'm releasing, the more people are understanding me and who I am not only as an artist, but as a human being.”

The inspiration from the song is taken from Kearns’ self confessed self-sabotaging nature when it comes to relationships.

“I can definitely be a little bit of a headcase when it comes to the early stages of things,” she laughs. “I got to this point in my life where I'm like, ‘you know what, if you don't expect anything out of anyone, especially relationship-wise, you can't get hurt’, so it's better to not have any expectations and not give yourself away to anyone.

"But the song was kind of about meeting someone that changes your mind on that and just makes you be like, ‘okay, you have me making plans, you have me looking down the line; I want to plan out a future with you because you make it worth that risk again’.”

All of her music is based around experiences she or people she knows has had – each one of her tracks is authentic.

“I've made it a goal to not write or release anything that I haven't personally experienced, whether it be through someone else or my own walk in this life. So anything you hear me release, I have lived at at some point. It can come from heartbreak, it can come from falling in love, it can come from just an experience or an emotion I felt – family or friends, or whatever it may be.

"I always pull from my own personal life because I feel like that's how I'm most connected to my music. I never want to feel like I'm releasing something I don't actually believe.” 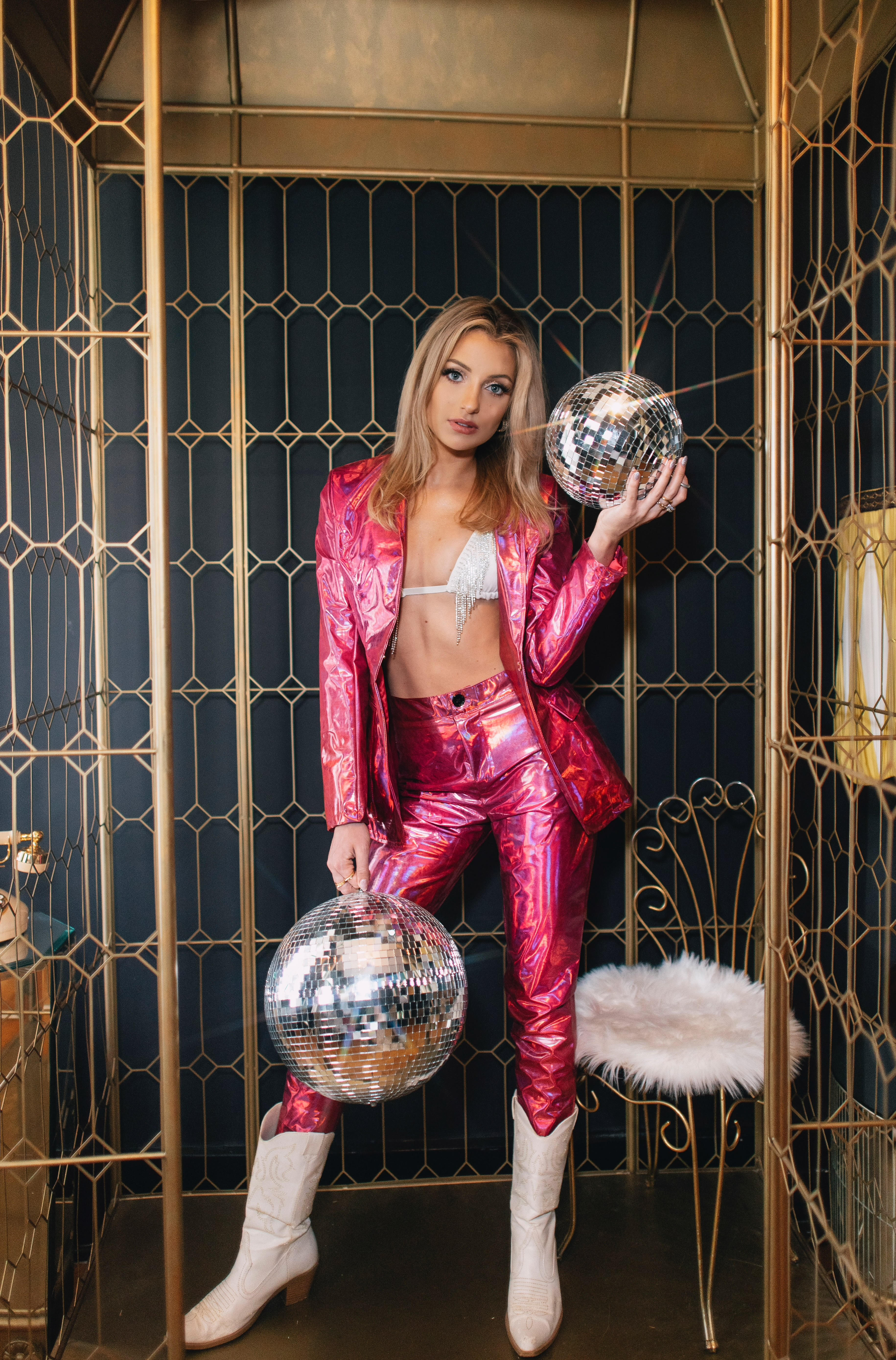